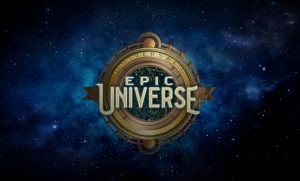 After years of speculation and rumors, Universal Orlando announced on August 1, 2019 that they are building a brand new theme park, named “Universal’s Epic Universe.” The new theme park, which Universal is touting as their fourth Orlando park, will be located a couple miles south of the current resort. The park and new resort area will feature new attractions, hotels, and an entertainment district.