Yesterday marked Blue’s first appearance at the Universal Orlando Resort. The popular raptor character from the Jurassic World film series is now meeting guests at the Raptor Encounter in the Jurassic Park area of Universal’s Islands of Adventure.

The new raptor was once again designed by the incredible Michael Curry Design team, known for creative costumes and puppets featured in Broadway shows as well as theme parks around the world. Michael Aiello, Senior Director of Entertainment Creative Development at Universal Orlando, says the new suit is a version 2.0 of the original Raptor Encounter. This new iteration features more realistic features including blinking eyes and a visual design that is more faithful to the films. You can meet Blue now at Islands of Adventure, making appearances daily at the back of the park. 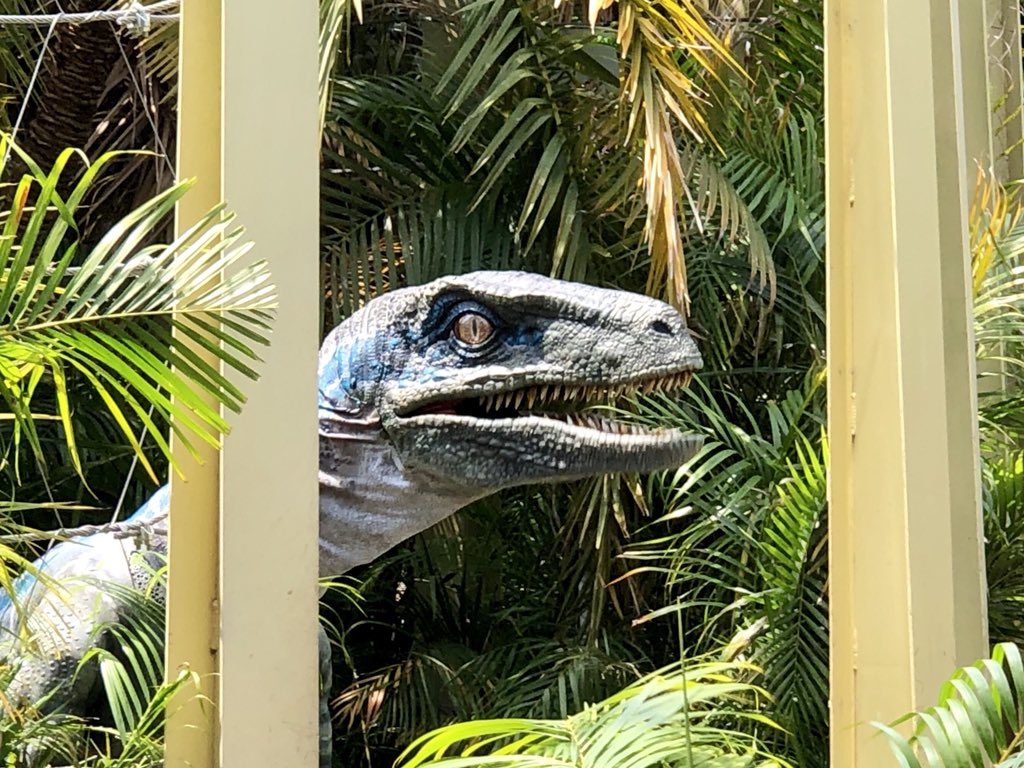 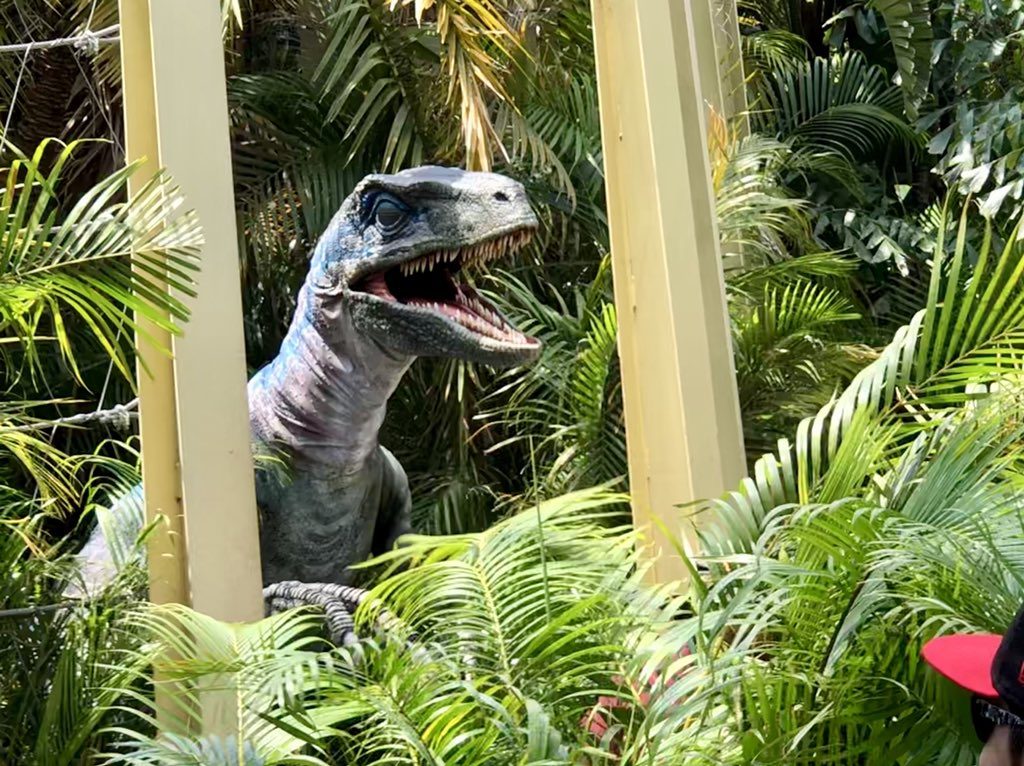 Blue began greeting guests at Universal Studios Hollywood last month, but has only now debuted in Orlando this week. The new velociraptor is meeting guests ahead of the new film, Jurassic World: Fallen Kingdom, which opens in theaters later this month. In the film, Blue is the last of her kind, the only surviving raptor from the Isla Nublar island.

If you’re looking to book your next trip to Universal Orlando, request your FREE vacation quote from Elizabeth at Destinations in Florida for the best deals on tickets, hotel packages and more. Her services are completely free to you!

That’s all for now! Stay tuned for more theme park news and updates coming soon. Subscribe to our news feed or enter your email below to never miss an update. Main Photo: @Michael_Aiello / Other Photos: @ViewsAndQueues