In addition to the opening of the new ride, which is housed in the Chinese Theater facade in the center of the park, another attraction featuring Mickey Mouse has opened in another section of the park. The Mickey Shorts Theater has opened, featuring the film entitled ‘Vacation Fun,’ which was developed specifically to play at Disney’s Hollywood Studios. See more about both attractions, as well as photos for opening day below! 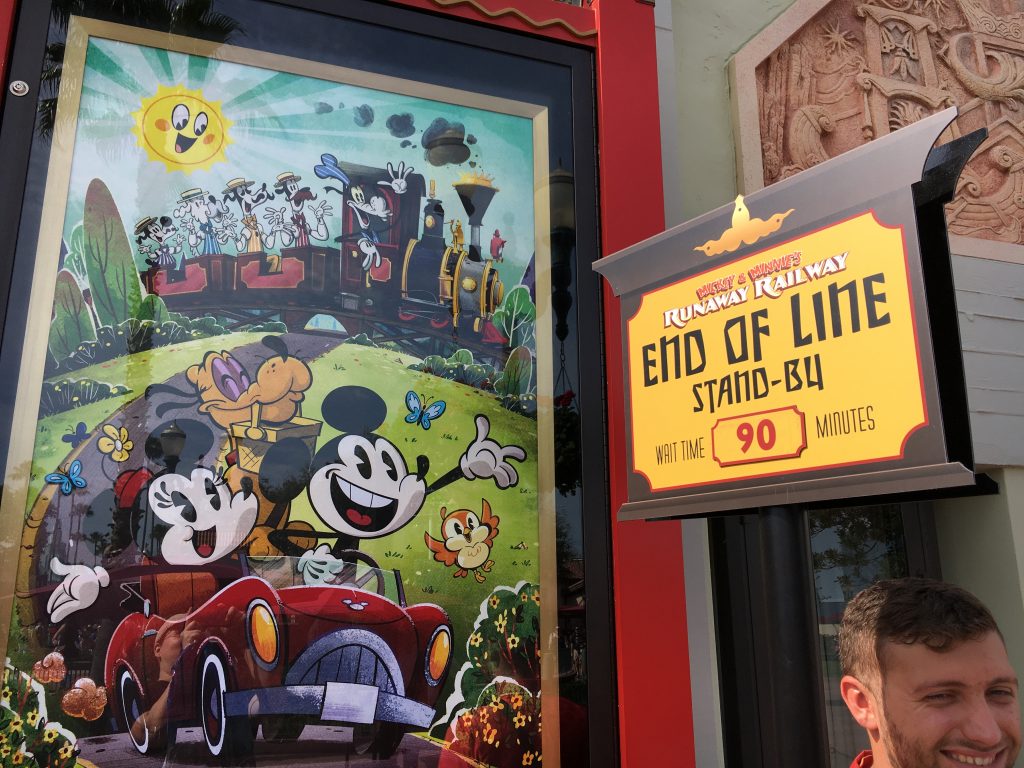 Guests lined up as early as 4:00 AM to be among the first to ride Runaway Railway. By 7:00 AM guests were let into the park and were able to head straight onto the ride, an hour before scheduled park opening. While the line immediately ballooned to a 300 minute wait time, it quickly dropped down to around two hours by the time the park opened. 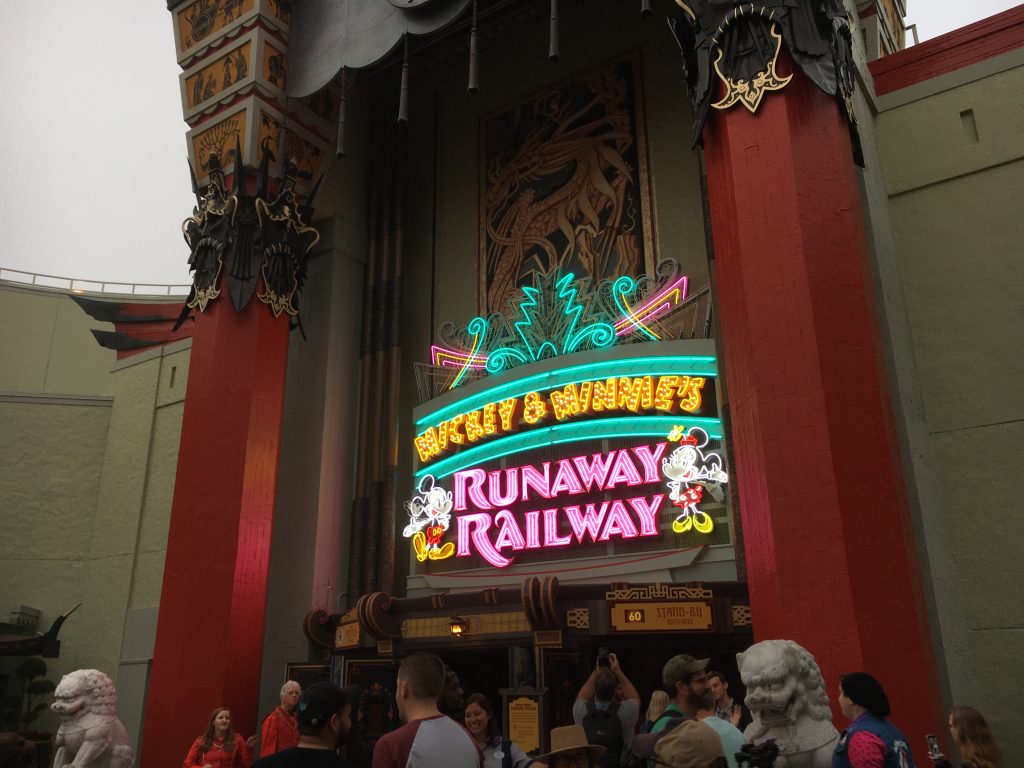 At first guests were queued around the park, but the new attraction kept the line moving quickly, and by 10:30 AM the wait time was already at a manageable 90 minutes. 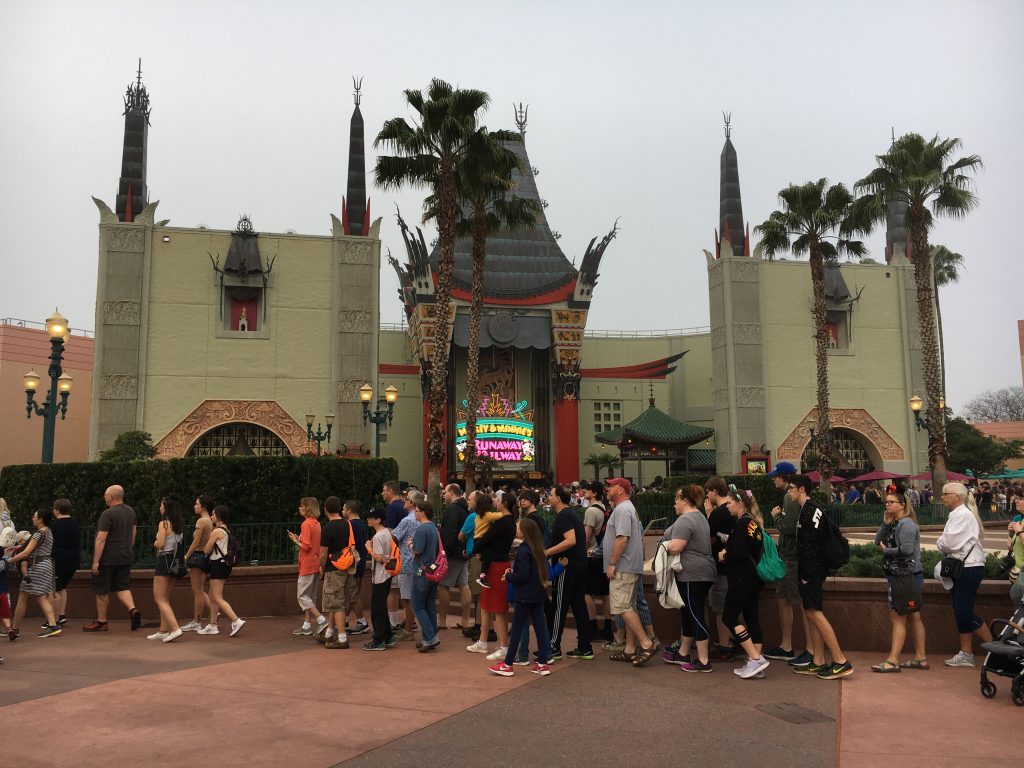 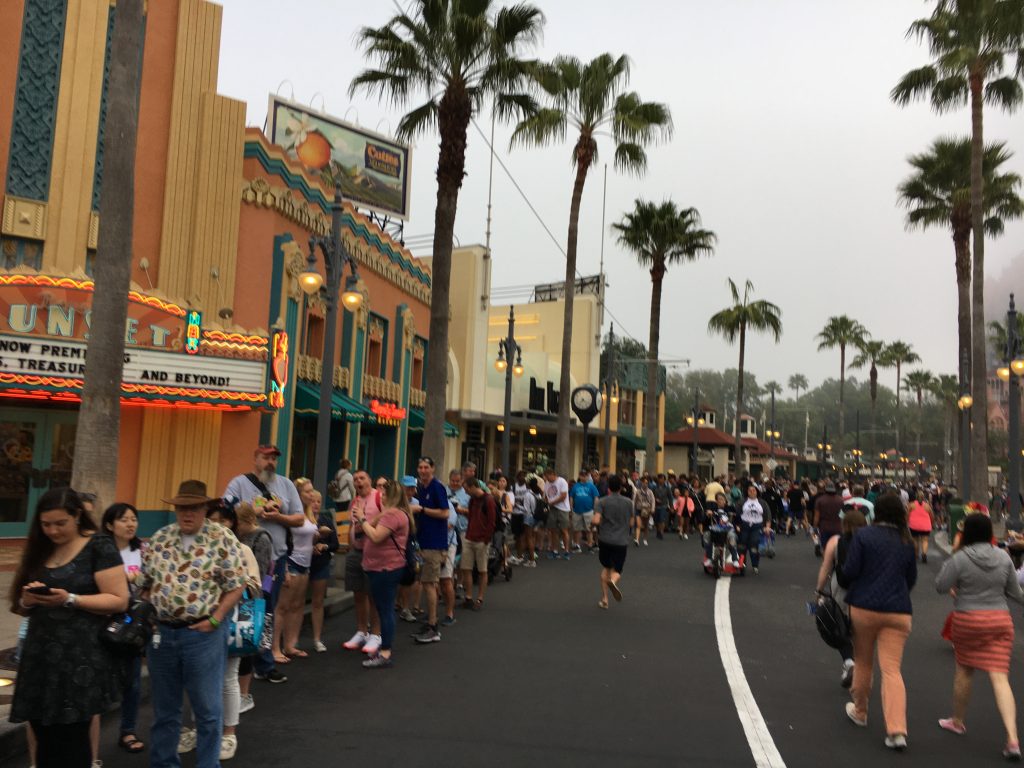 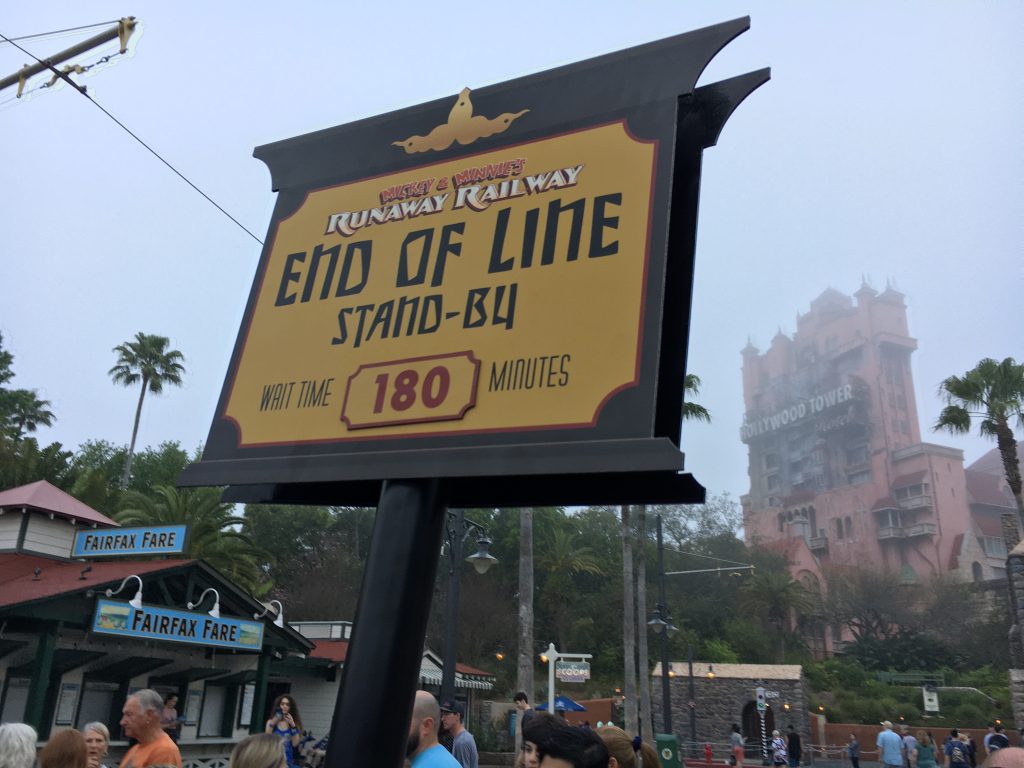 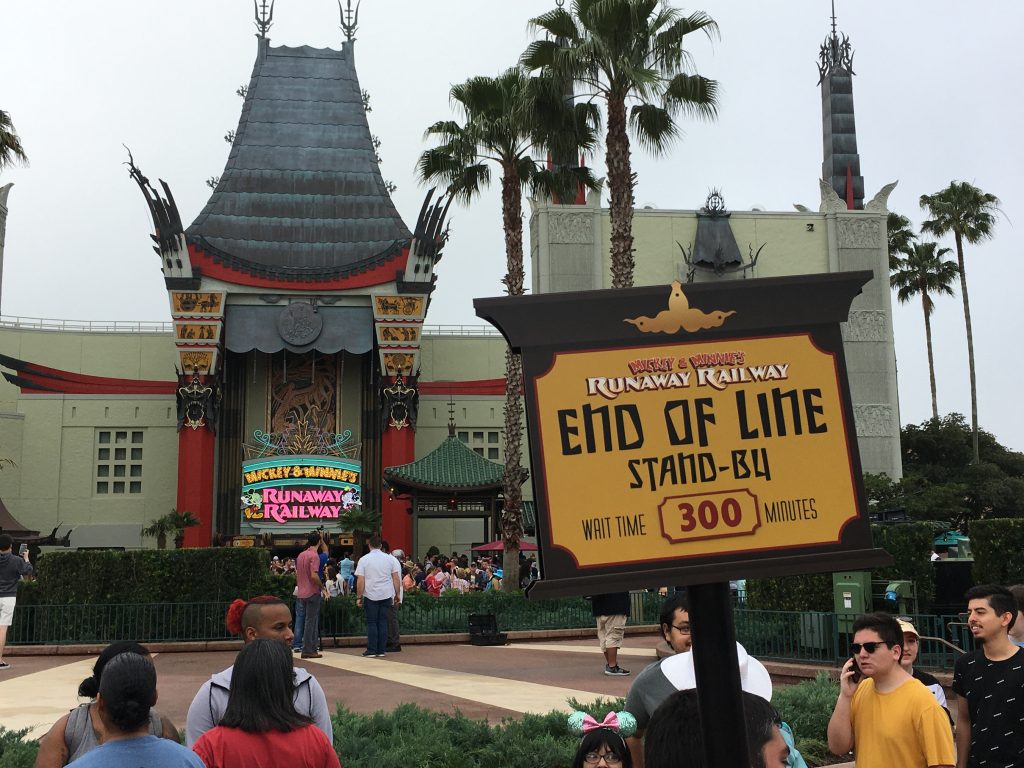 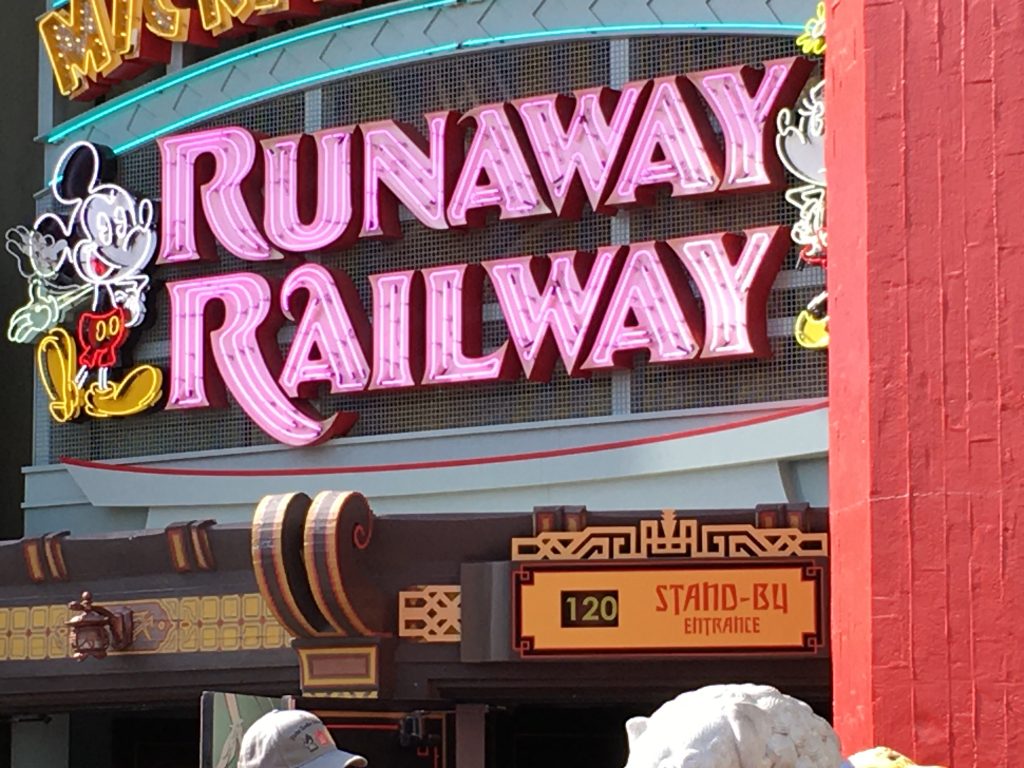 The all-new Mickey & Minnie’s Runaway Railway ride is based on the popular Mickey Shorts, and takes guests into an all-new cartoon called Perfect Picnic. The attraction replaced the former Great Movie Ride, which closed in 2017, but the Chinese Theater facade has remained for the new ride, but now with a new neon marquee over the doors. This ride is also slated to open in Disneyland Park in 2022, and is being built in the Toontown land. 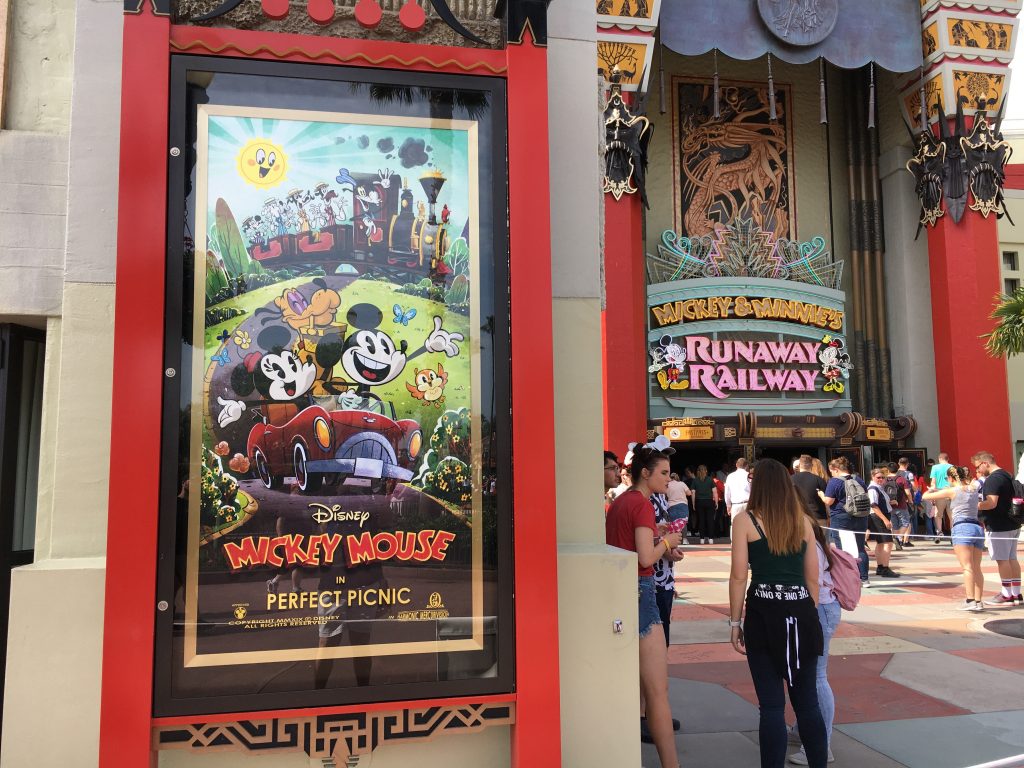 The new ride takes guests into the Chinese Theater for the “premiere” of an all-new short called ‘Perfect Picnic.’ In an impressive special effect, the screen in the theater bursts open and we are able to walk into the cartoon itself. Boarding a train with Goofy at the helm we embark on an adventure that’s just as unusual and frantic as the Mickey shorts themselves. With a wide cast of beloved characters, incredible special effects, and a fun ride system, this is a nice addition to the park. Plus, it’s a child-friendly ride without a height requirement in a park that could use more like that to offset the thrill rides. 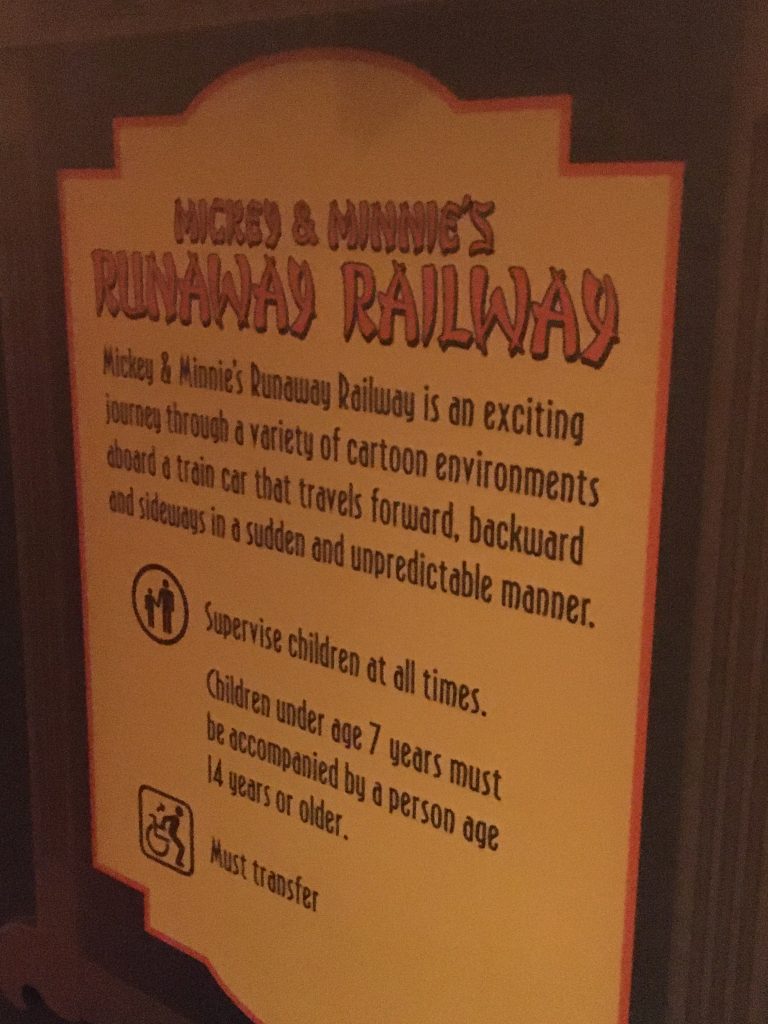 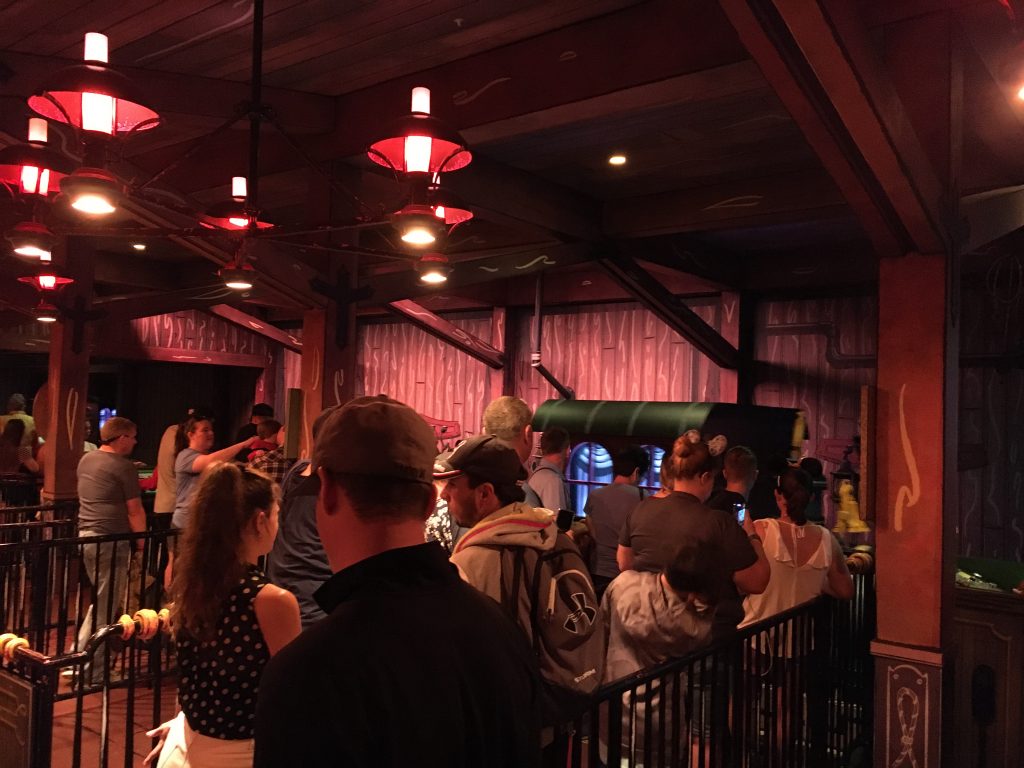 The new show that plays in the Mickey Shorts Theater incorporates new animation along with some “best of” segments from existing cartoons. Clips included are from these Mickey shorts: Panda-monium, Couples Sweaters, Potatoland, Croissant de Triomphe, Entombed, Dumb Luck, Al Rojo Vivo, Yodelburg, and Outback at Ya!. After the show, guests are invited to take their photo in several photo ops based on some of the shorts including Yodelburg, Potatoland, Entombed, and Panda-monium. 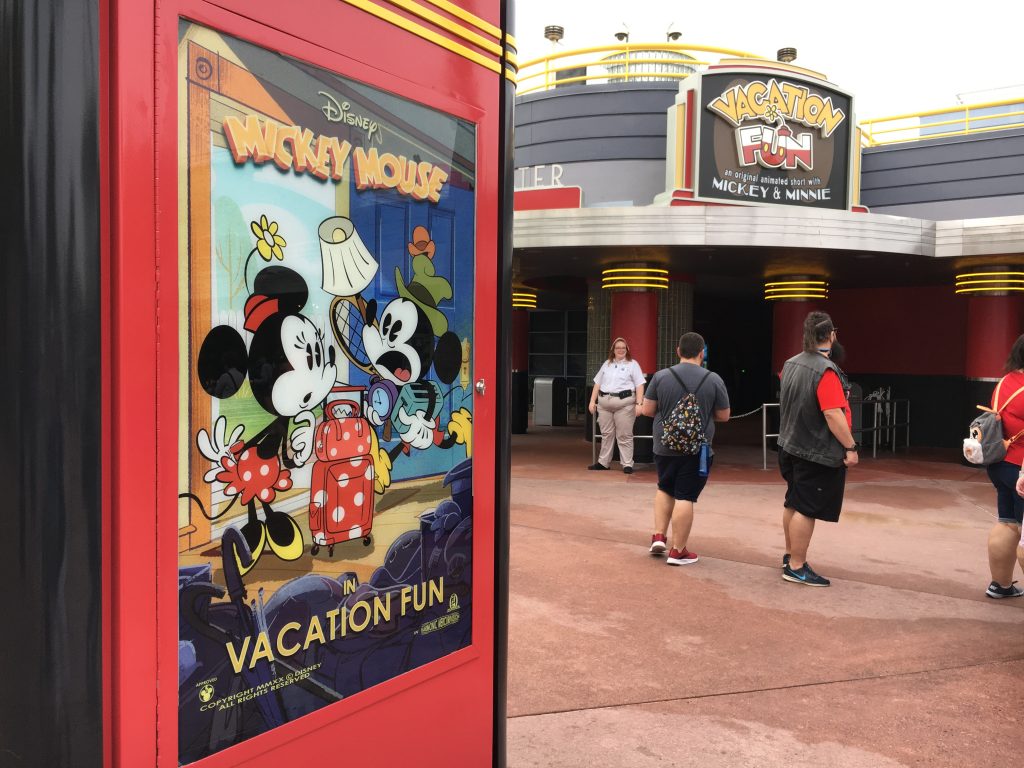 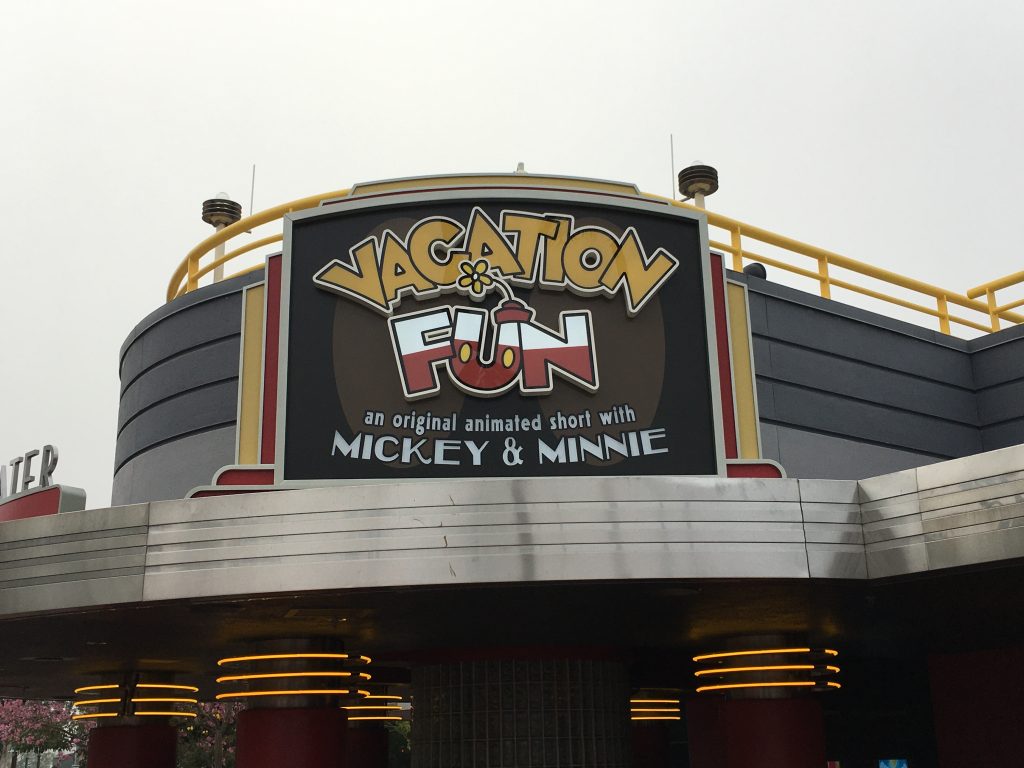 The Mickey Shorts Theater features adorable seats designed to look like literal Mickey shorts, with the iconic red color and gold buttons. The theater was previously home to the Path of the Jedi film in recent years, but before that it showcased the Sounds Dangerous edutainment show starring Drew Carey that taught guests about sound effects recording for film and television. The park opened with a similar show in the same spot, named The Monster Sound Show and starred Martin Short and Chevy Chase. 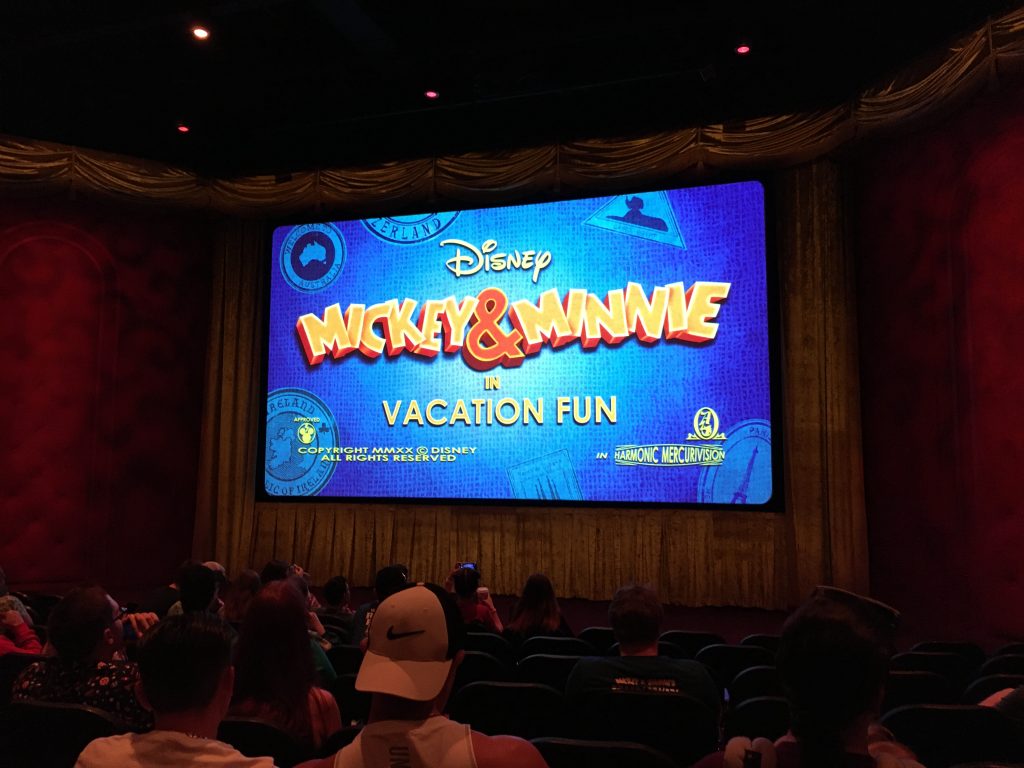 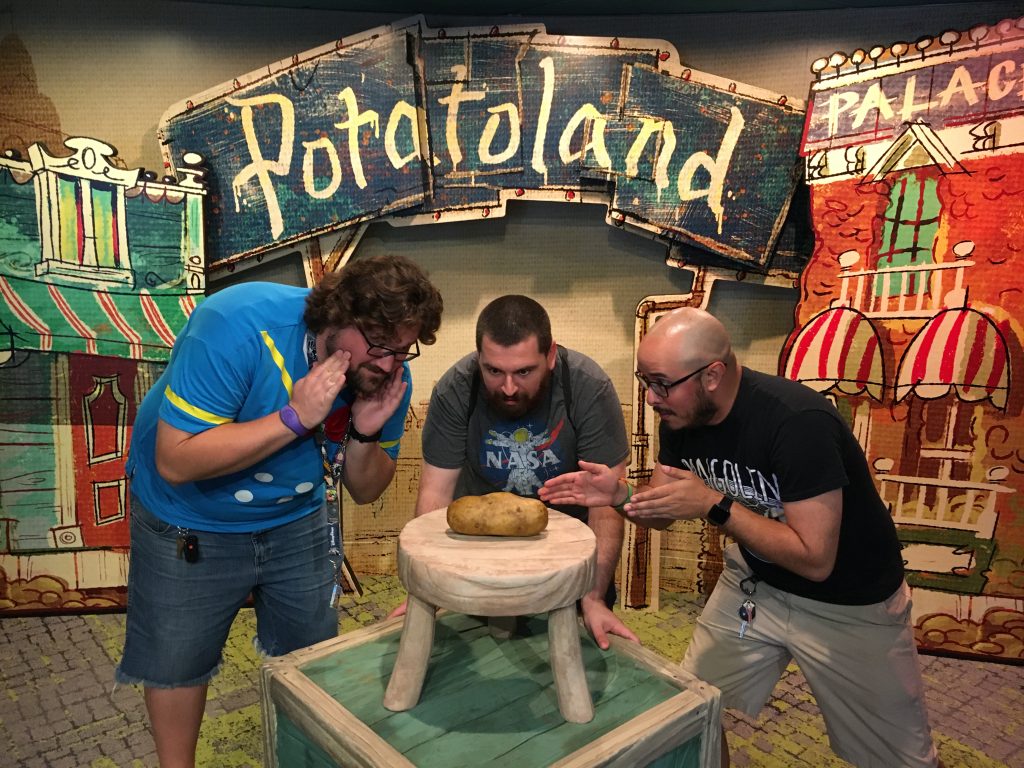 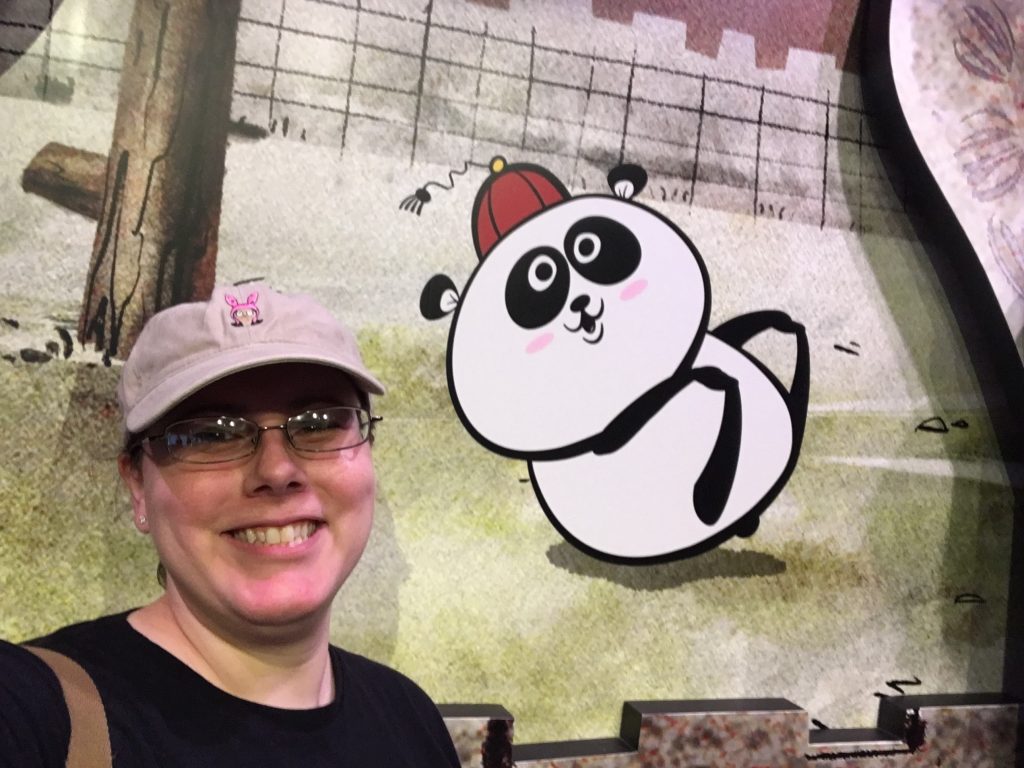 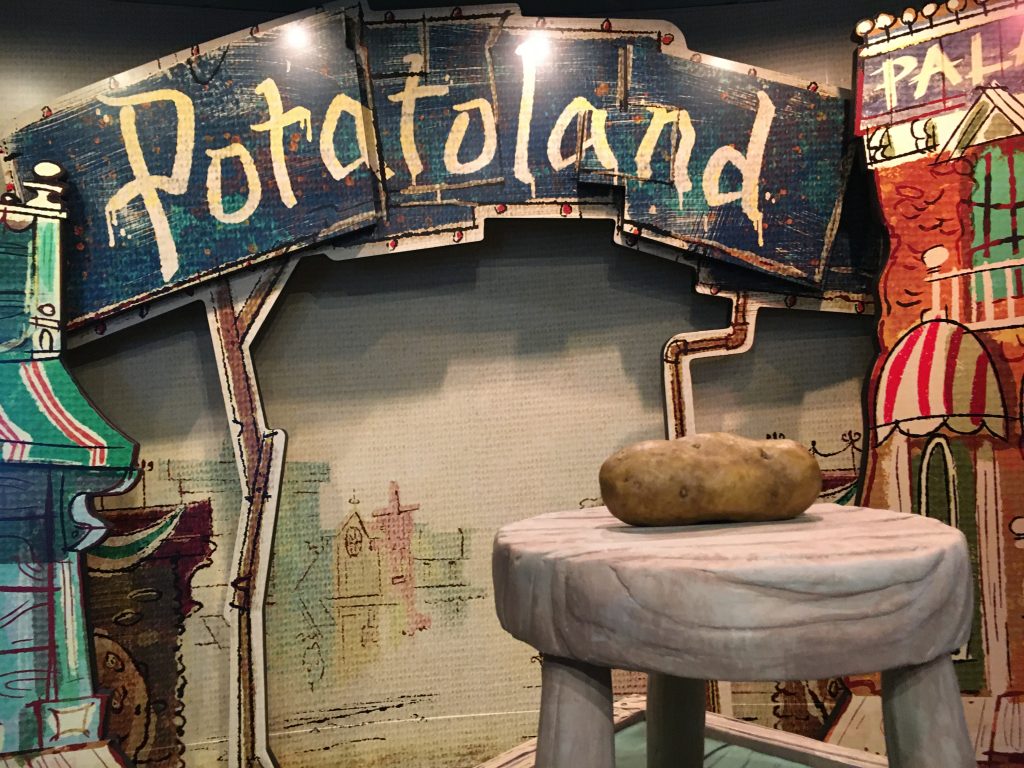 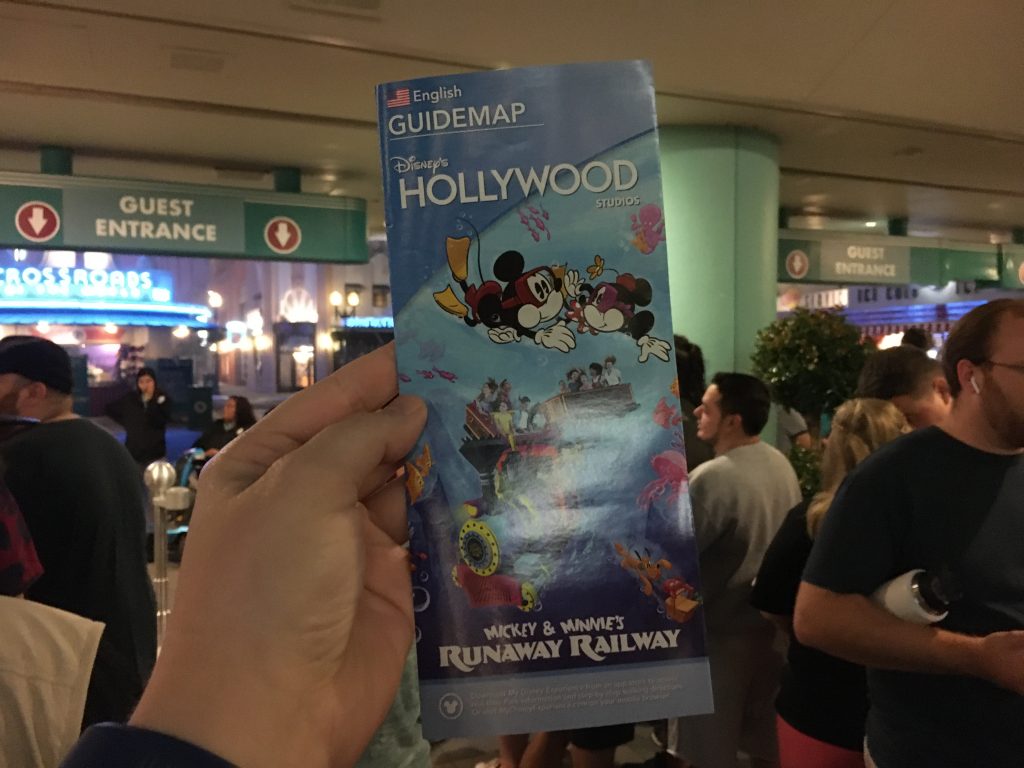 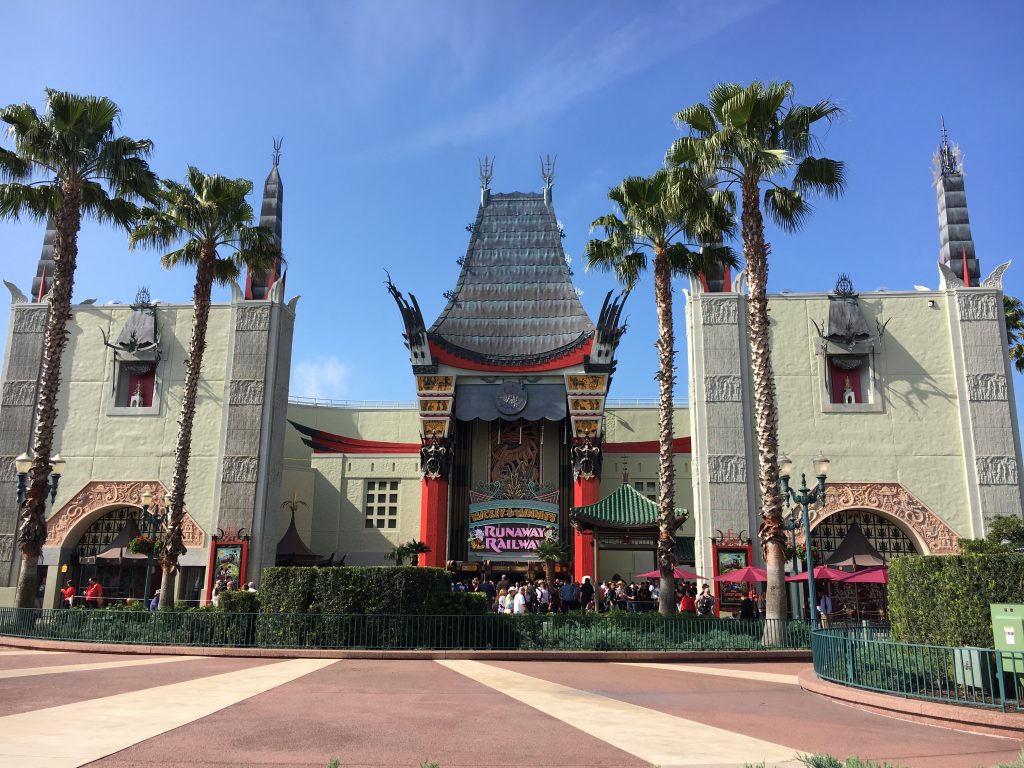 Subscribe to the news feed or enter your email below to never miss an update. Photos by Alicia Stella 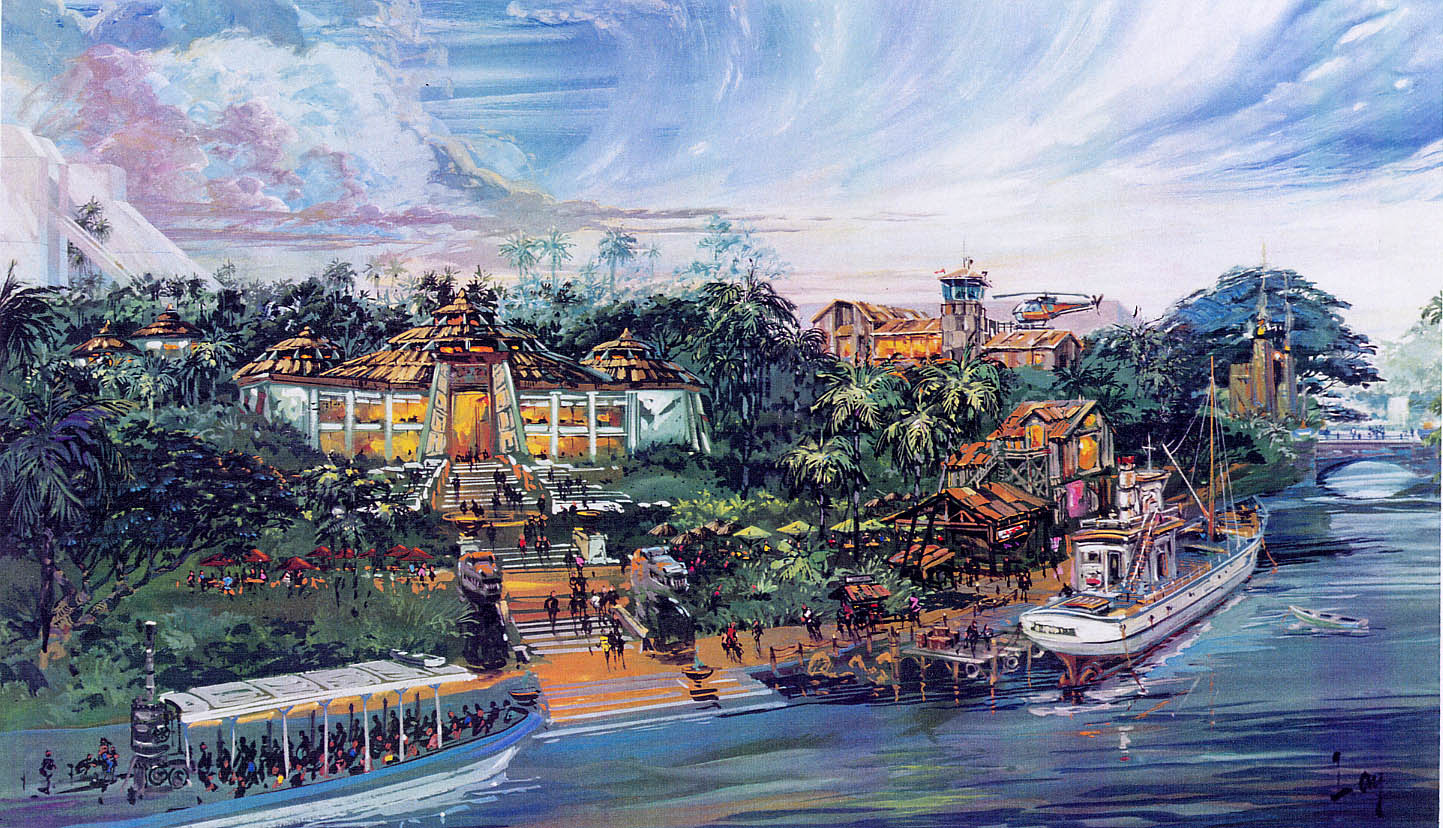