Since we last checked in at Project 340 in Islands of Adventure, what looks to be the supports for a temple facade has gone up, and a smaller portion of building has been erected in front of the large show building. This smaller structure will most likely house sections of the indoor queue, leading up to the load area deeper inside. Rumors from this forum thread point to the queue being an underground temple theme. Compare pictures from today’s update below to the last update and you can see this entire offshoot was freshly added within the last few weeks. See all the construction update images below.

In Skull Island movie news, the film’s release has been pushed back from November 4, 2016, to March 10, 2017. It’s also getting the new title of Kong: Skull Island, (in case you weren’t sure which Skull Island it’s going to be about). J.K. Simmons has been added to the cast, hot off the heals of the critically acclaimed Whiplash. He’ll co-star beside Tom Hiddleston in the King Kong movie Legendary is calling a“new, distinct timeline” within the iconic beast’s canon. In other words, it’s going to be a reboot and maybe take place in a different time period besides the 1930’s, perhaps even modern day? That could be interesting. 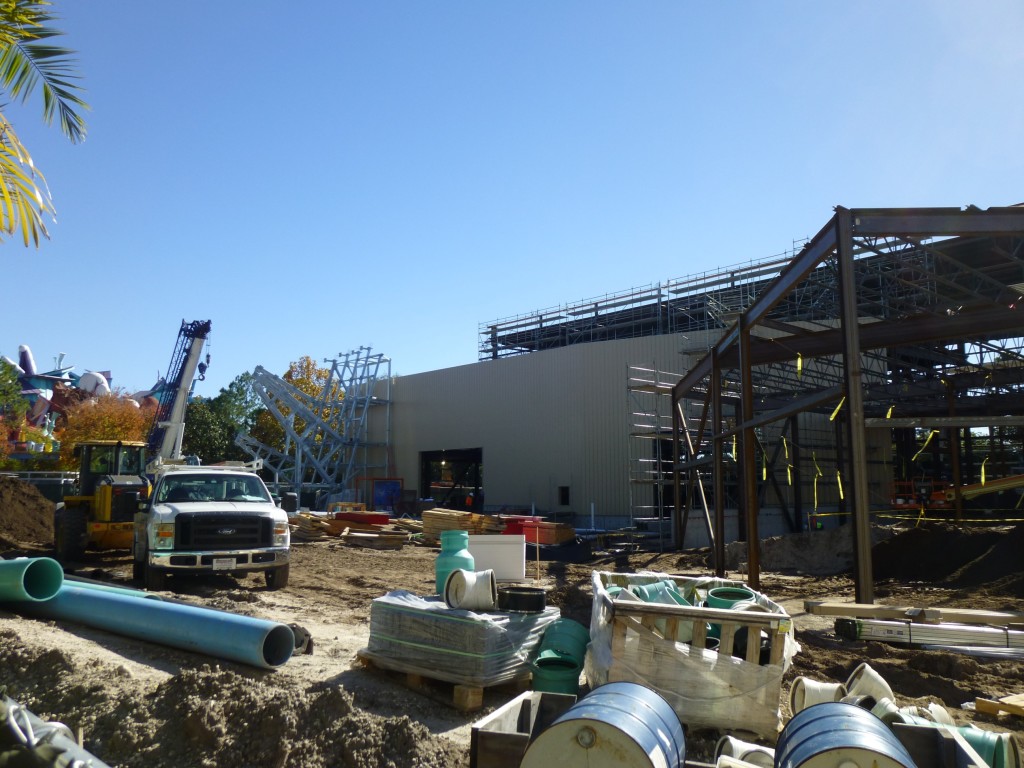 The construction site as it was today 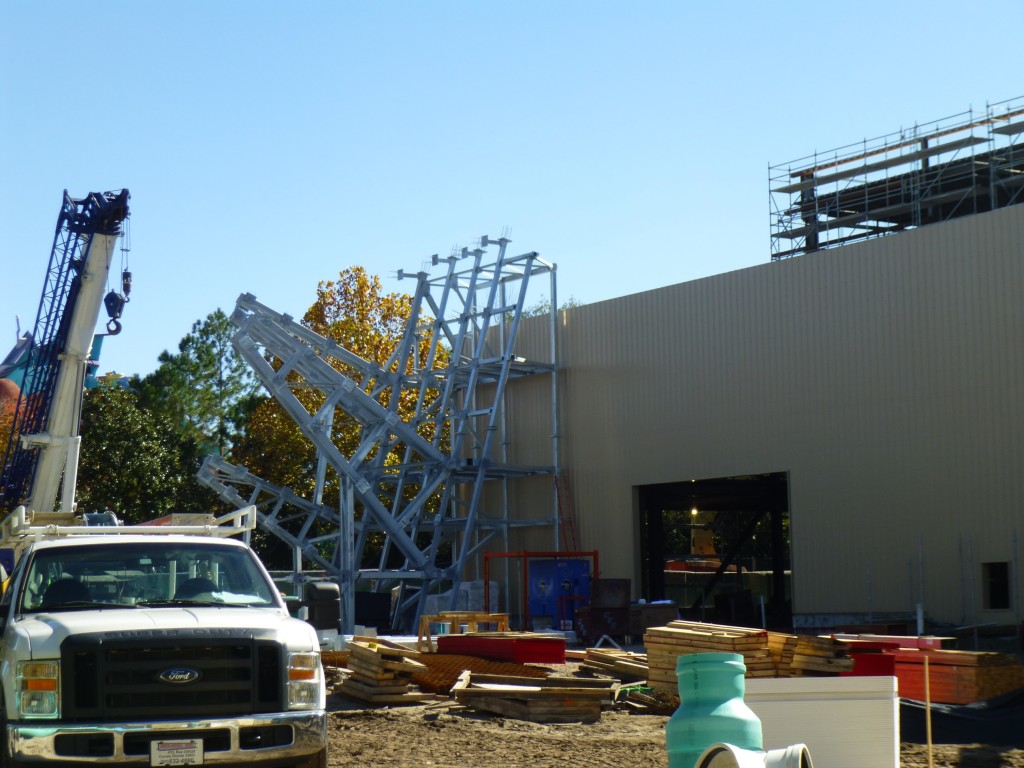 The facade supports that have been put into place so far 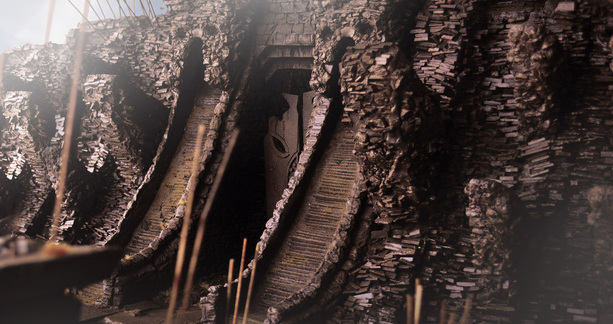 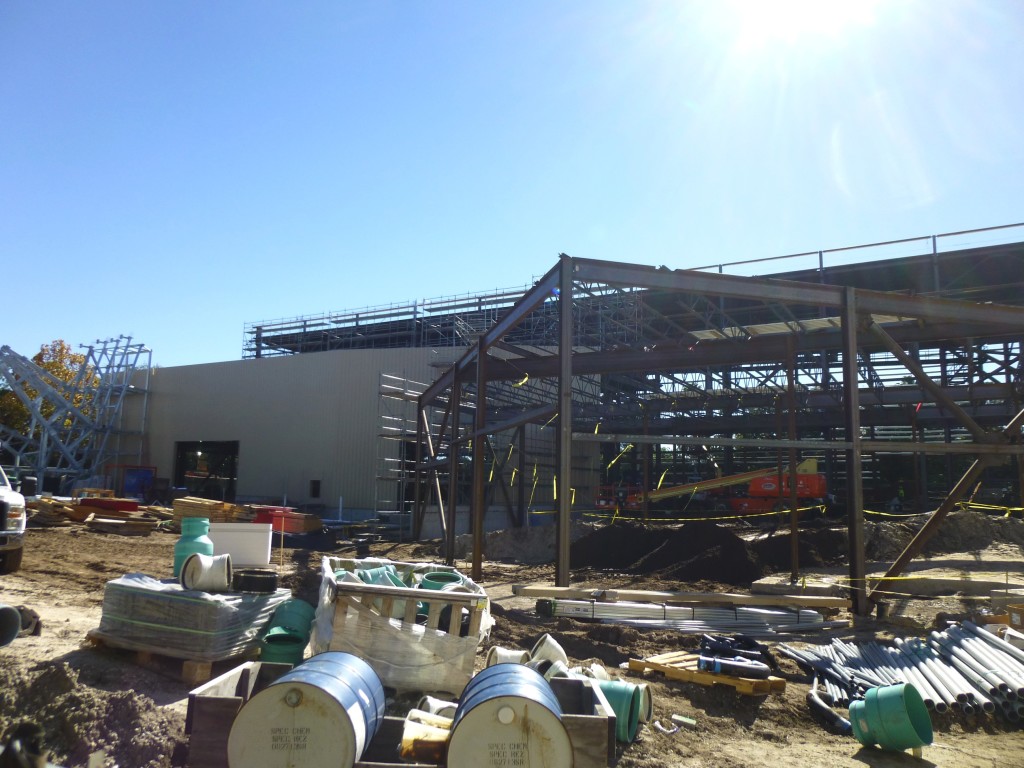 The opening in the building wall in center of photo is where the vehicle will exit the load platform and the opening on left is where it will re-enter show building, presumably through a large gate. The new structure jutting out on the right was just added and will most likely house indoor queue leading up to the load platform. 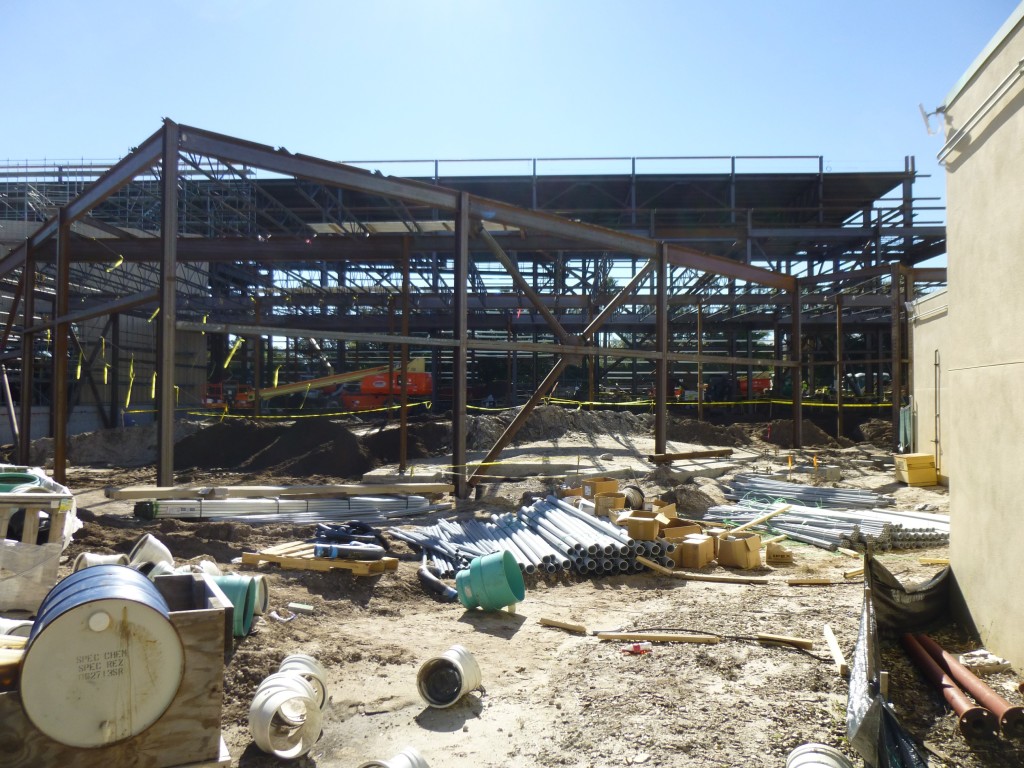 This shows the new indoor queue section. Notice how the show building continues on behind Thunder Falls restaurant on the right 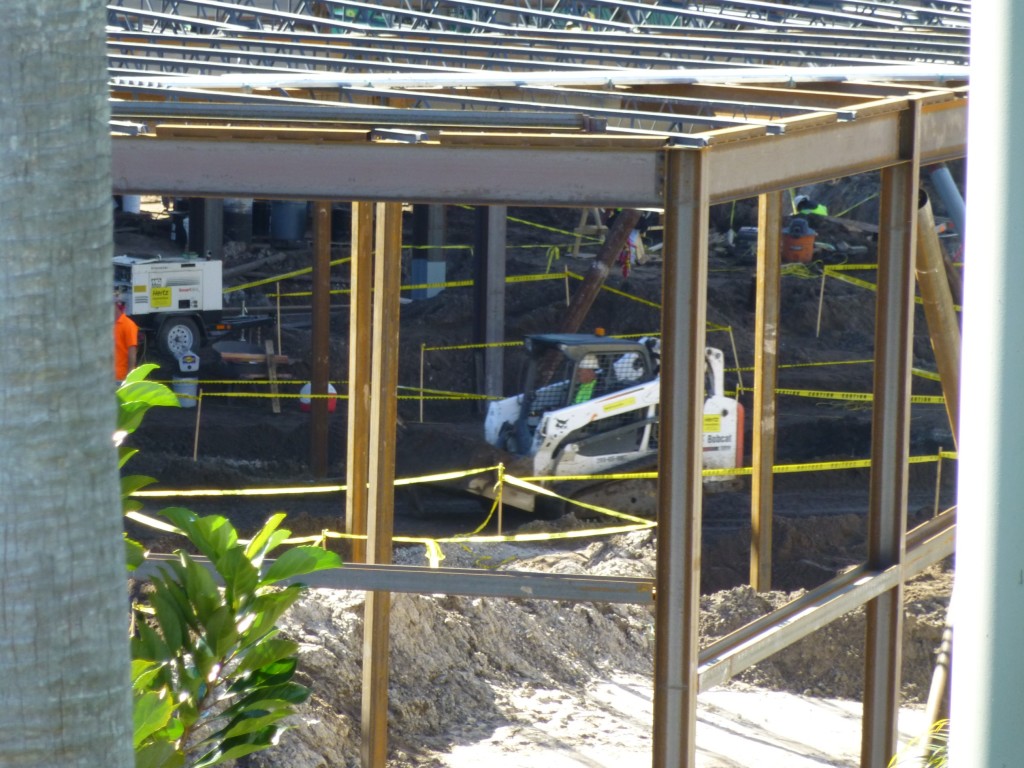 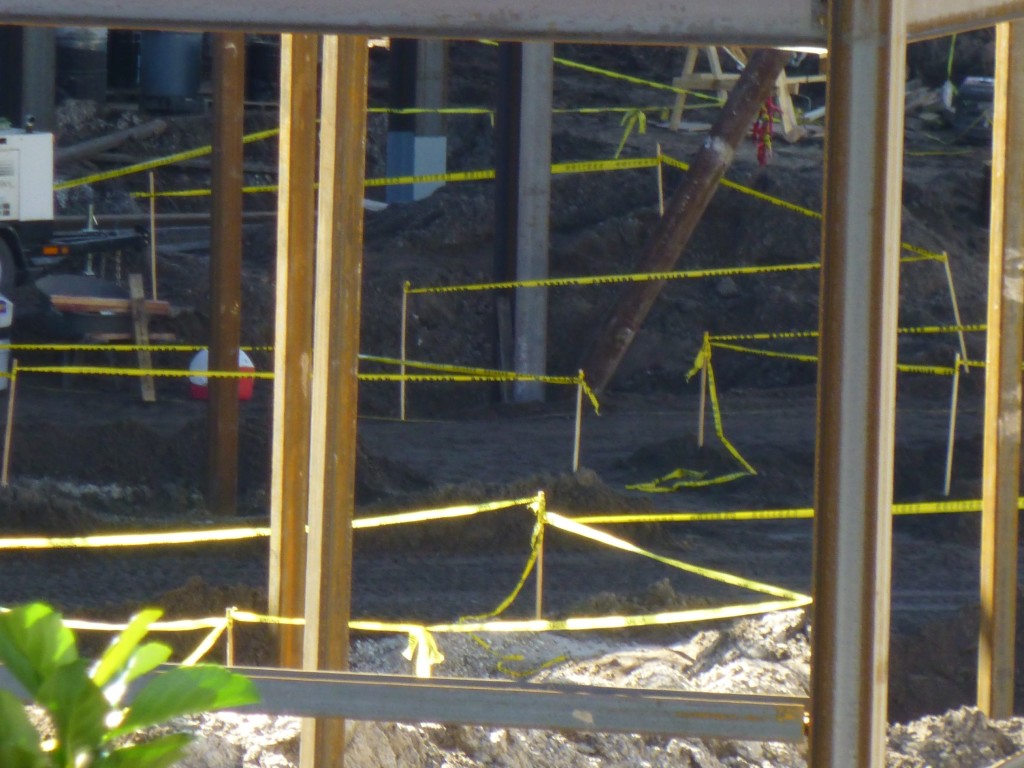 Almost resembles a queue already with the yellow tape set-up 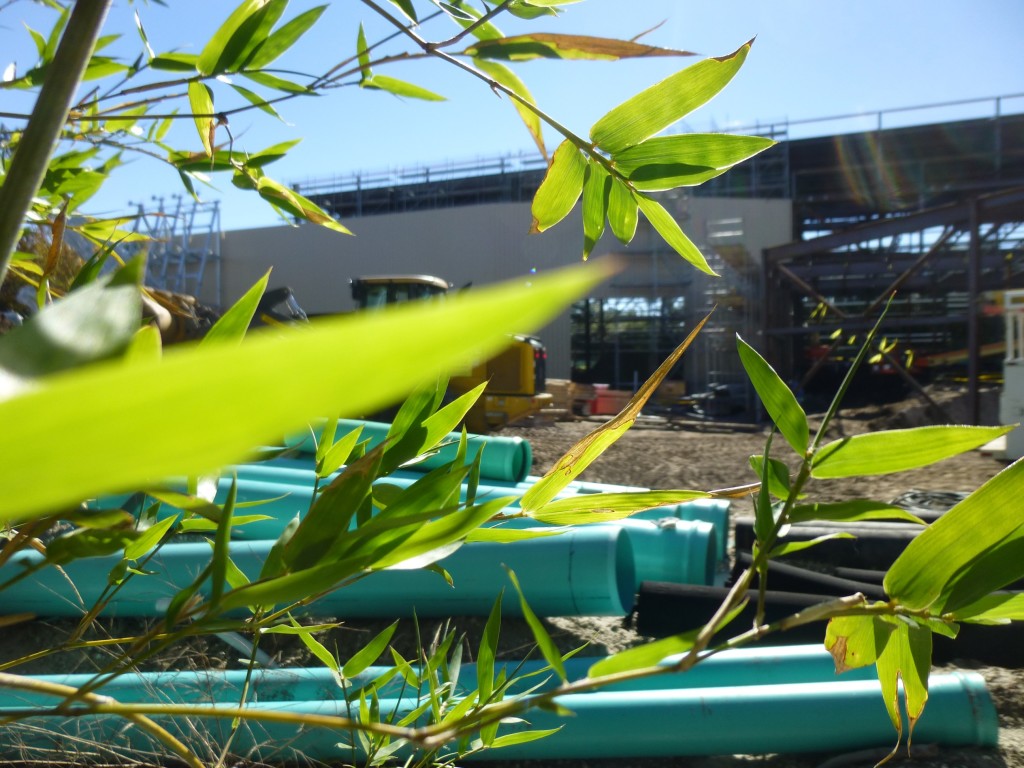 Pipes/tubes arrived. You can see wall opening in background for ride vehicle to venture outside from building. 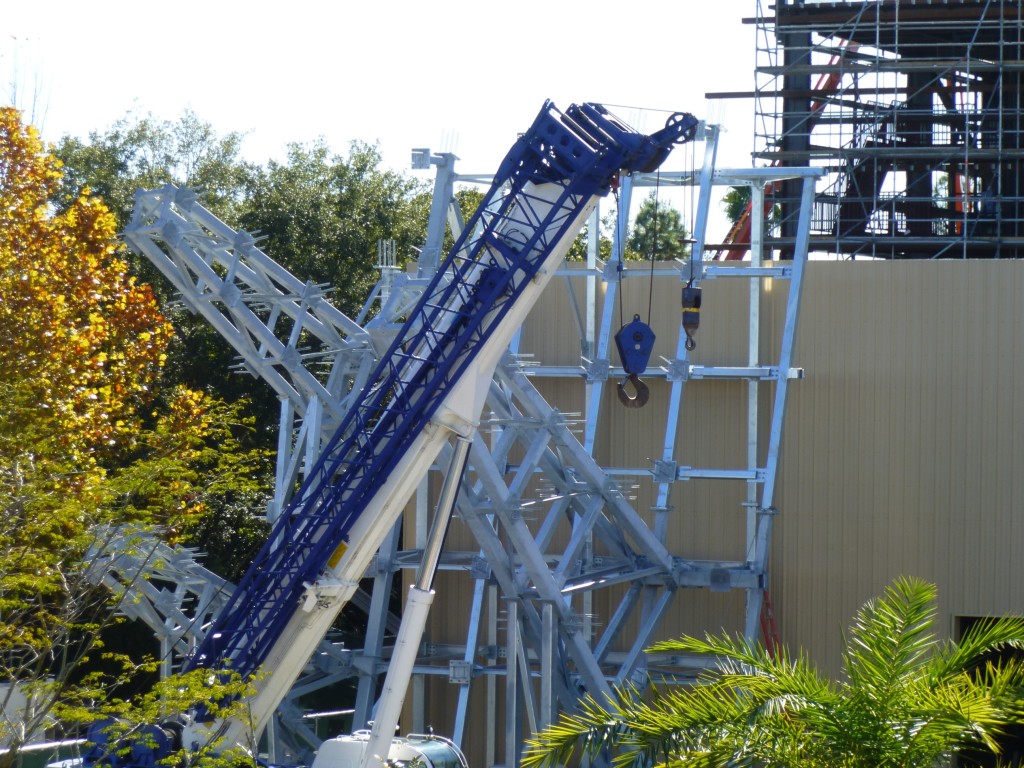 Another view of the facade supports 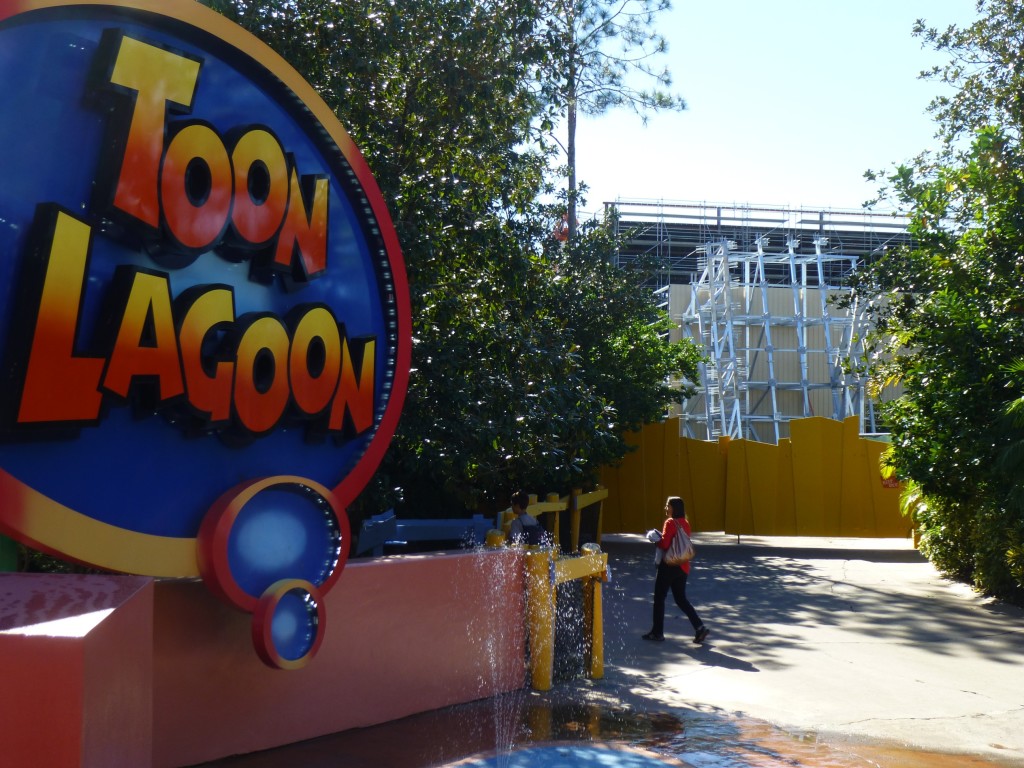 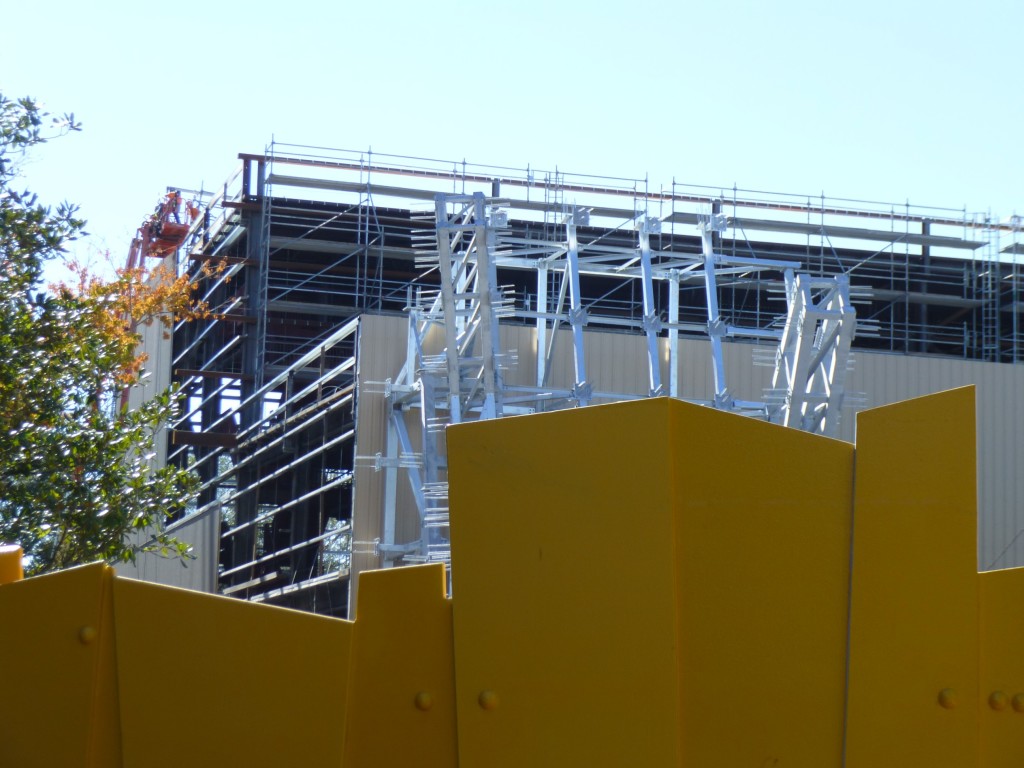 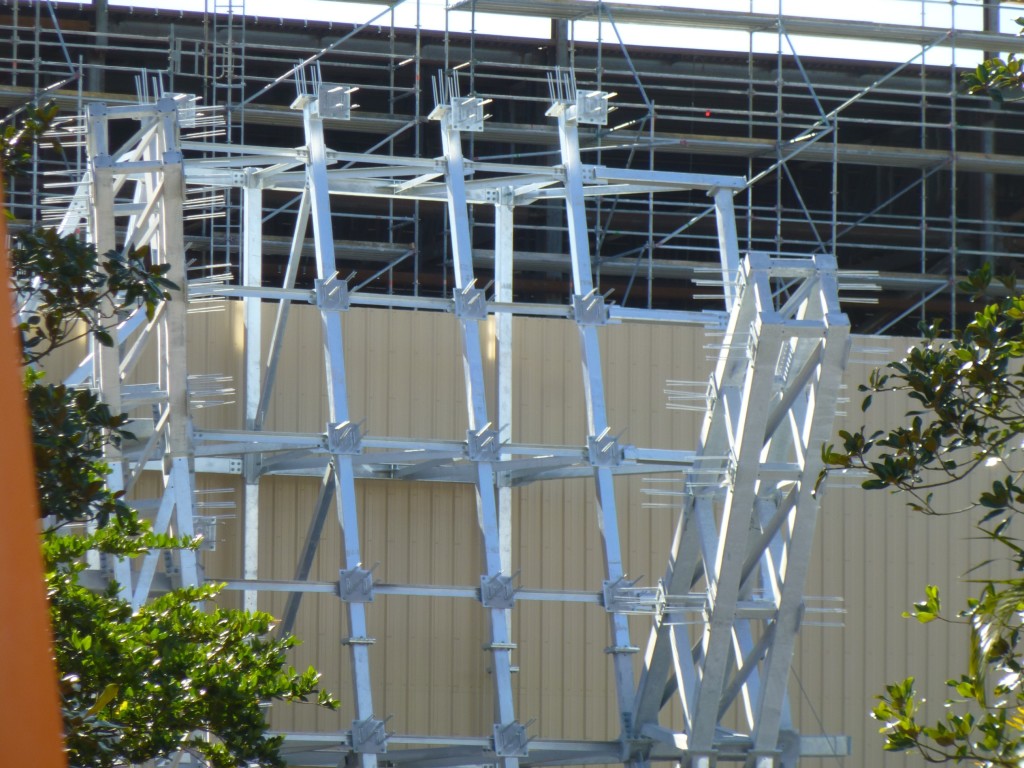 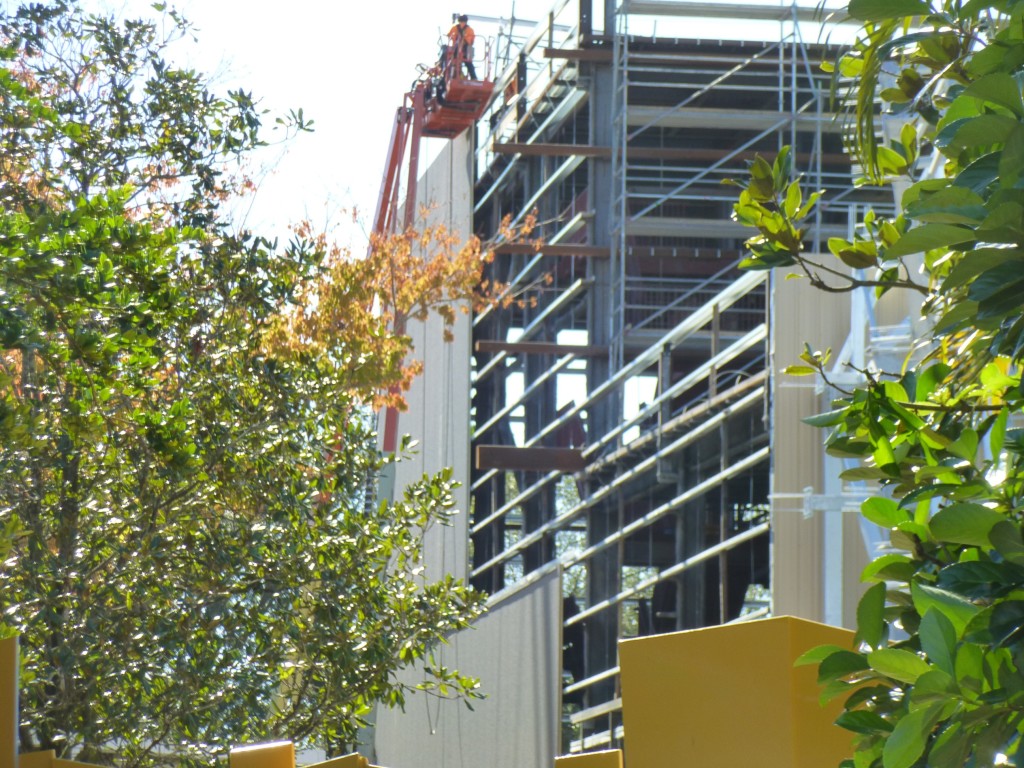 Walls siding going up on the sides of the building to match the front. 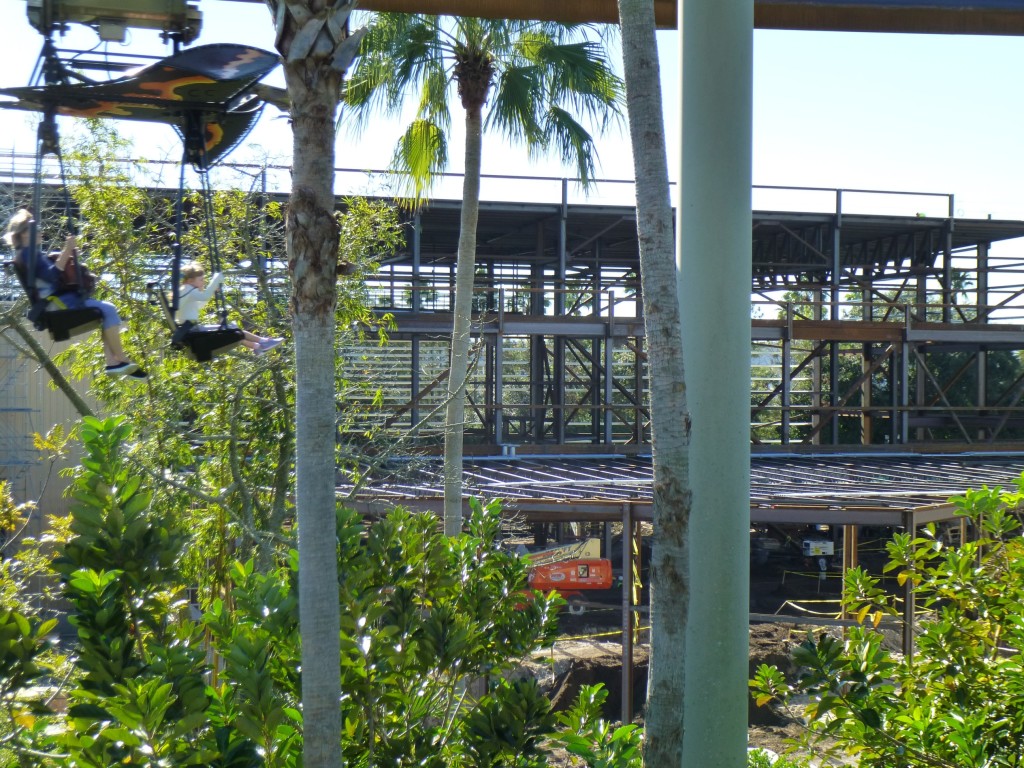 The view from Camp Jurassic of the new indoor queue leading to load platform. You can see it’s not nearly as tall as the actual show building behind it. 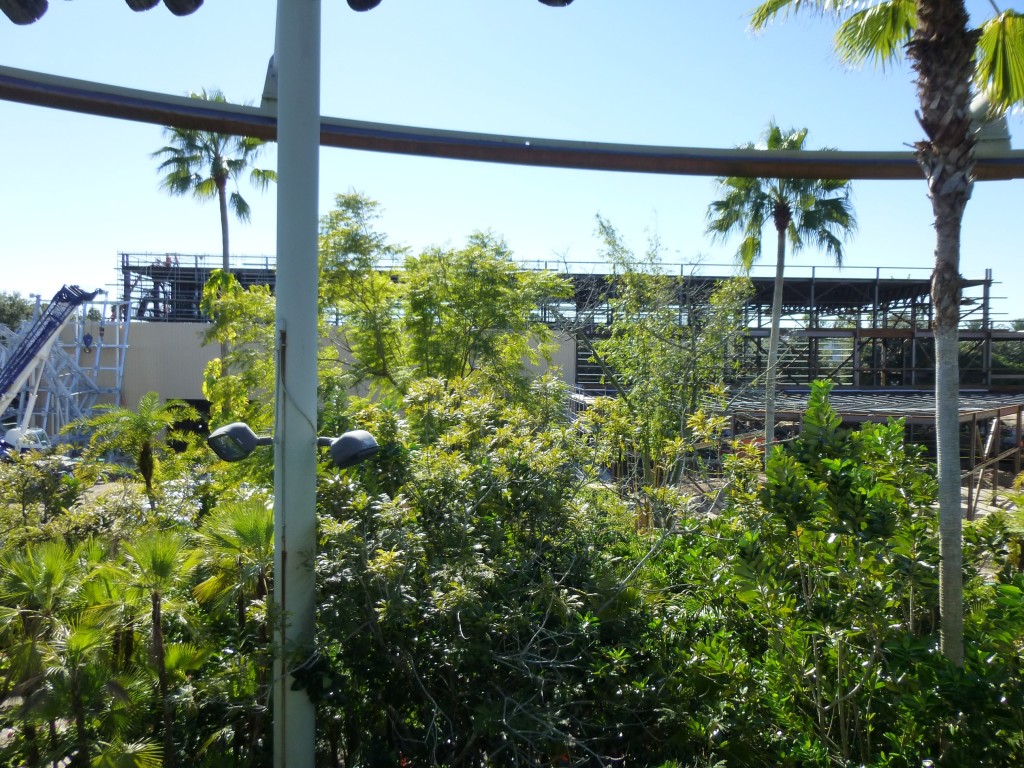 A picture from Camp Jurassic trying to capture the entire structure in frame.

I leave you with a few snapshots of the former site of NASCAR Cafe in City Walk. This closed recently and is rumored to be the future site of another NBC Sports Arena sports bar, (or some type of sports bar,) with large screens for viewing events. 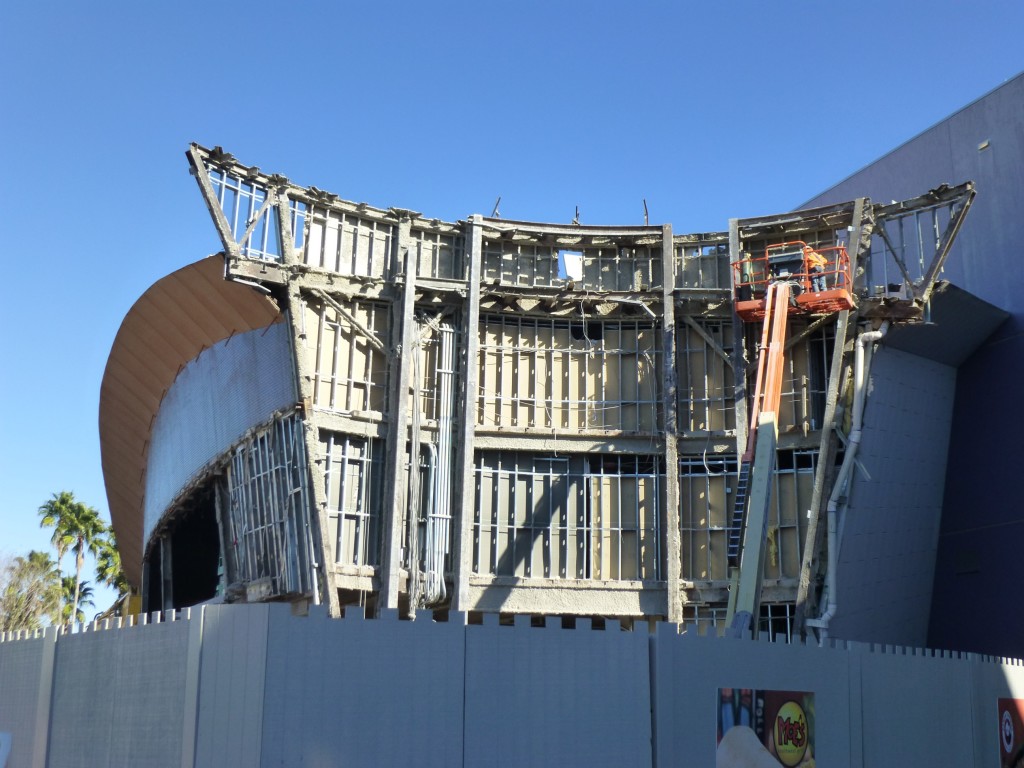 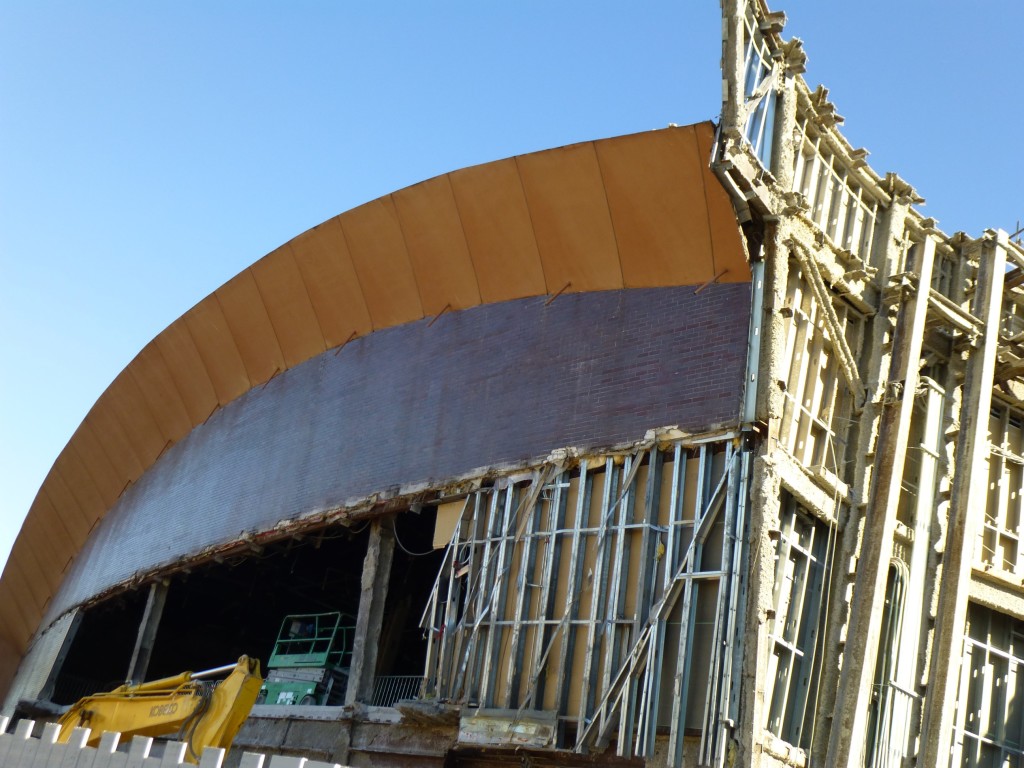 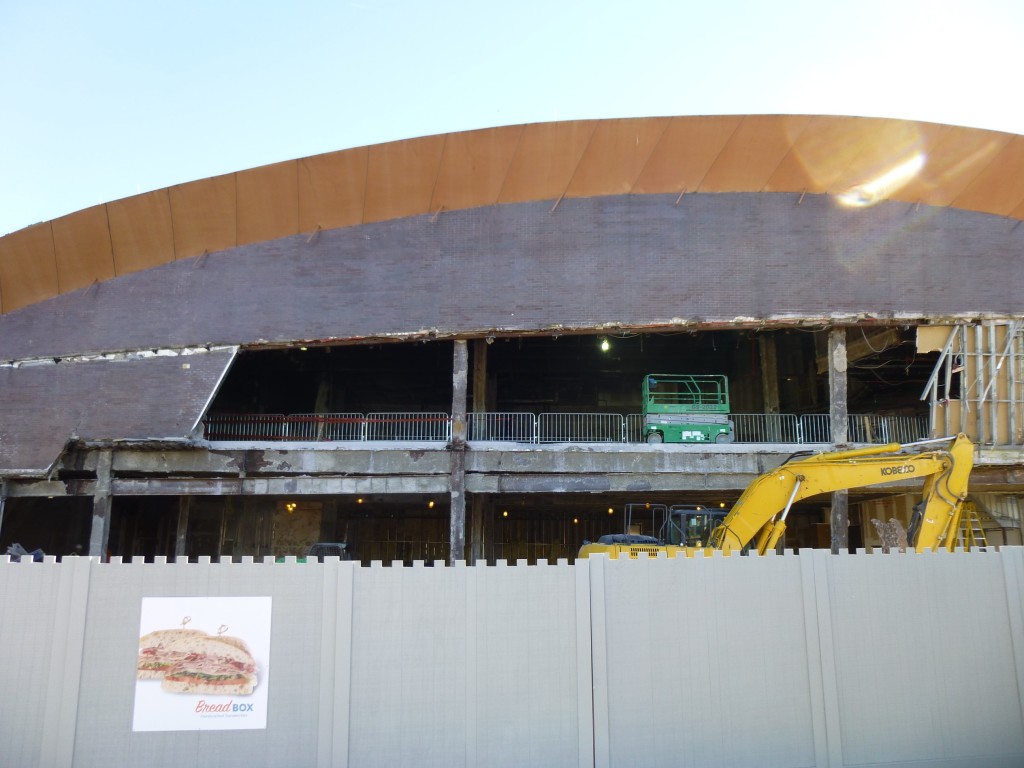 Side-view of the gutted NASCAR Cafe.