The walkway out in front of project 340, (AKA the new King Kong attraction at Islands of Adventure), has received some shiny new skull-themed construction walls. They jut out pretty far, but the area does look a little cleaner with them. It seems clear now with these skull themed walls what attraction they are in fact building back there, in case there were still any doubts. As far as construction progress goes, it looks like they’re putting a primer and/or sealant over the rockwork before painting, the top of the rockwork is looking more and more like the Skull Island temple, and the right side of the structure is finally getting all walled up. Check out the pictures below to see the construction progress as well as the new themed construction walls. And check out the previous update for some video! 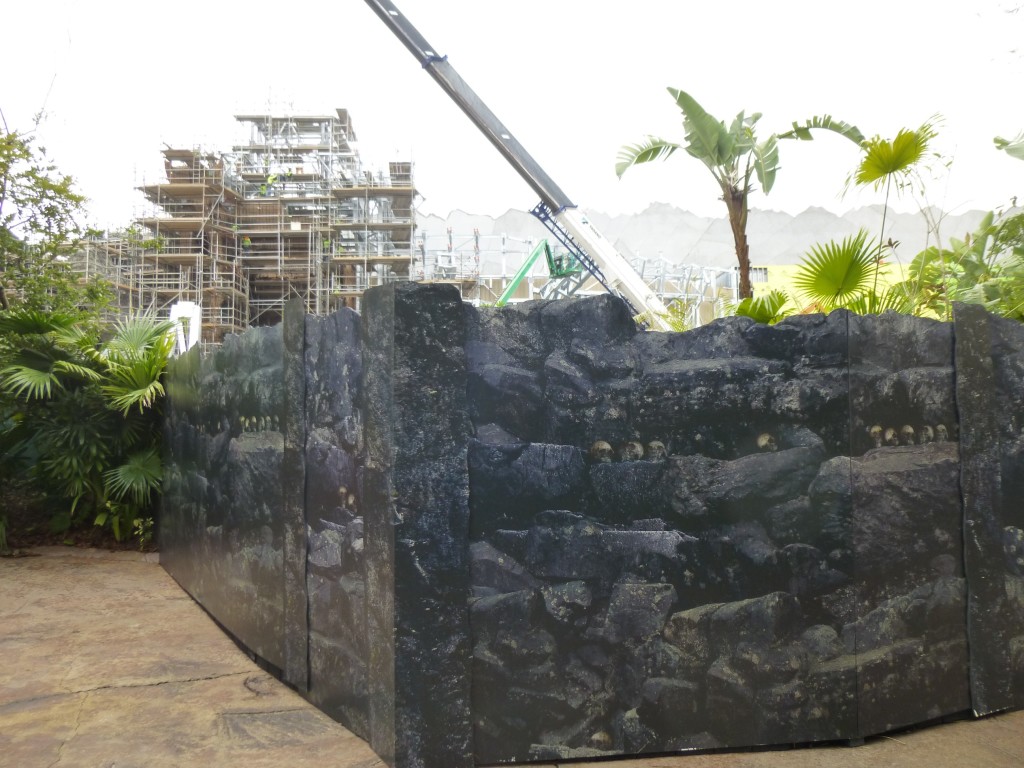 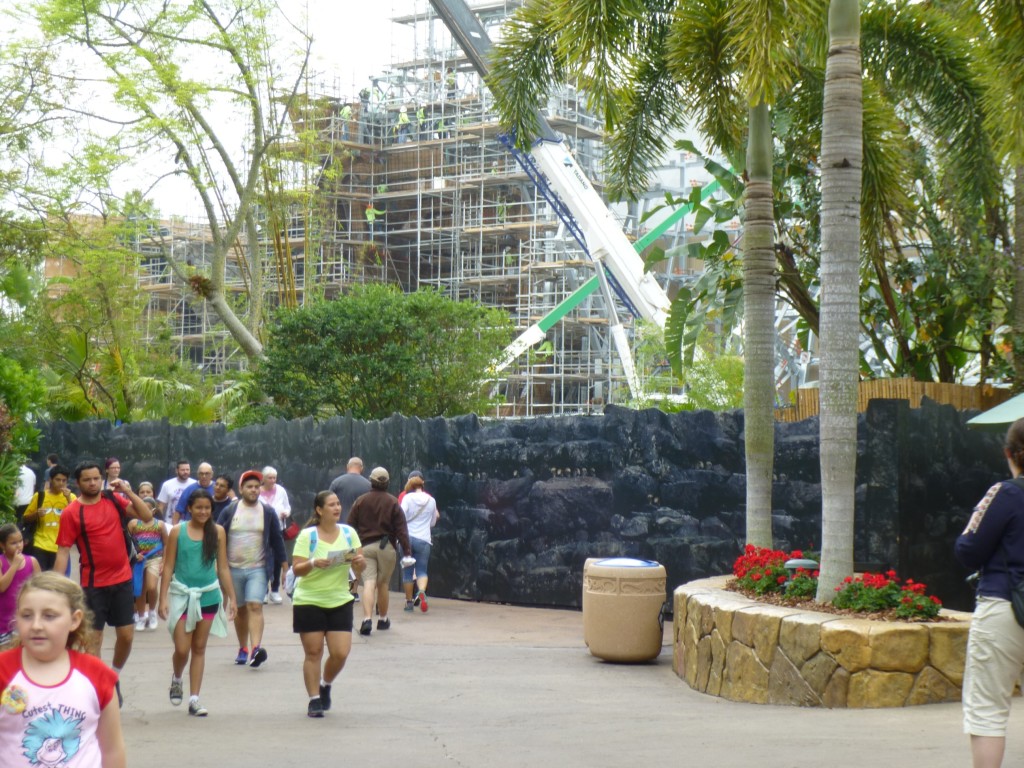 Approaching the area from Jurassic Park 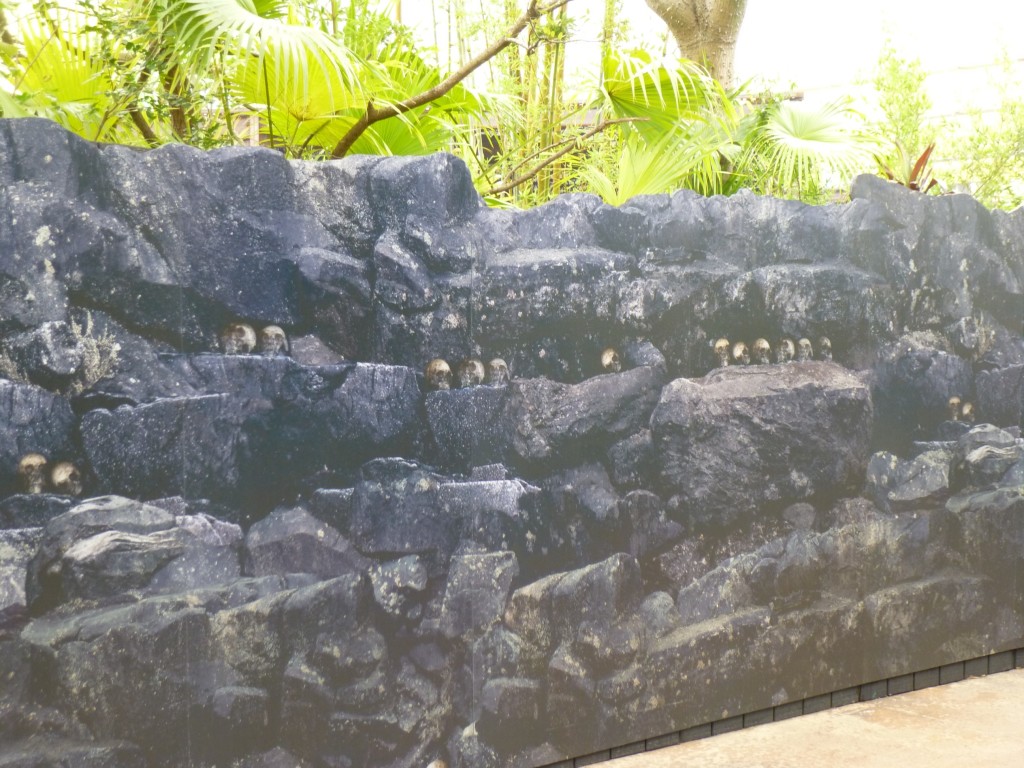 The walls have a repeated pattern with rocks and skulls 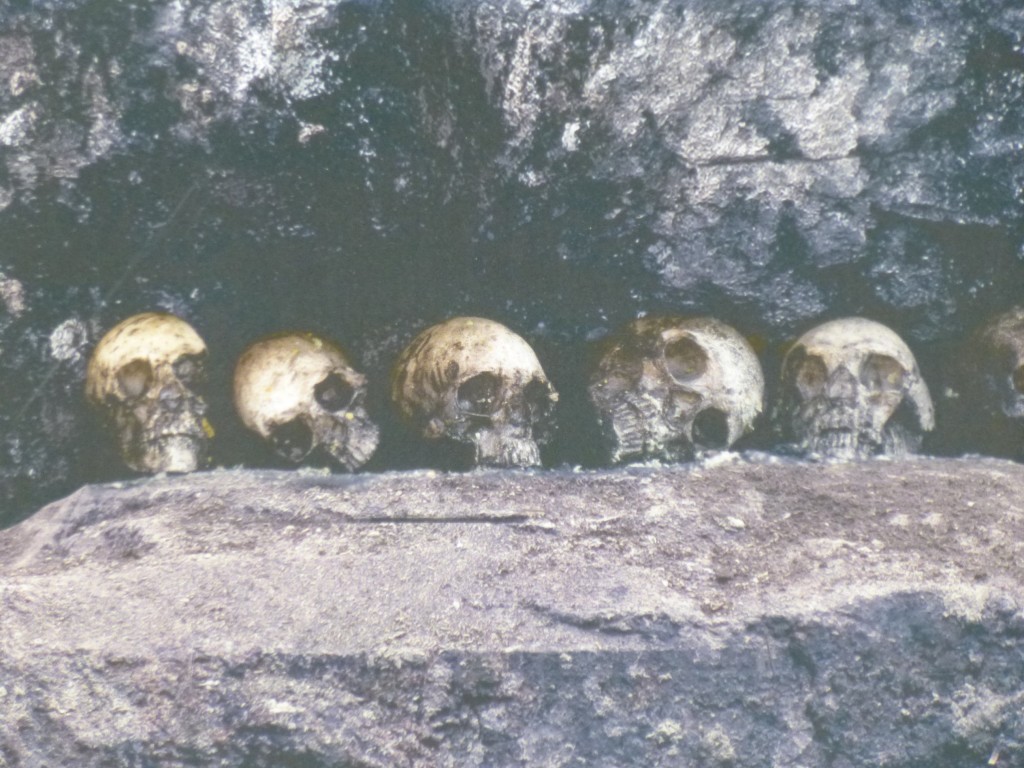 Close up of the skulls on the walls 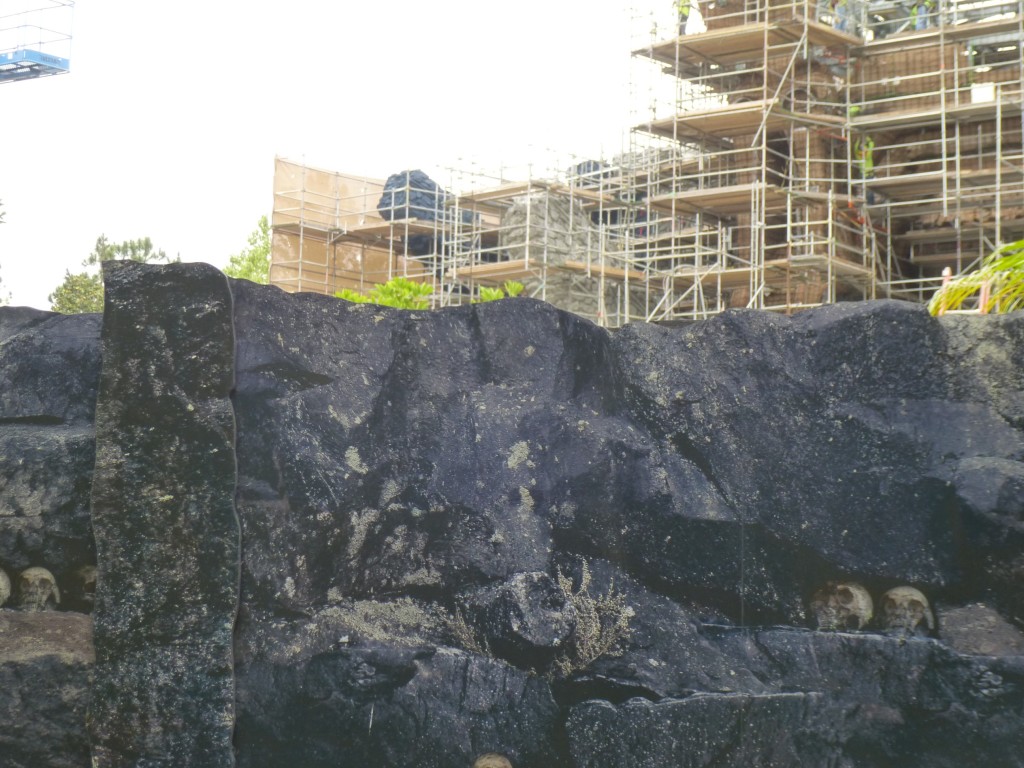 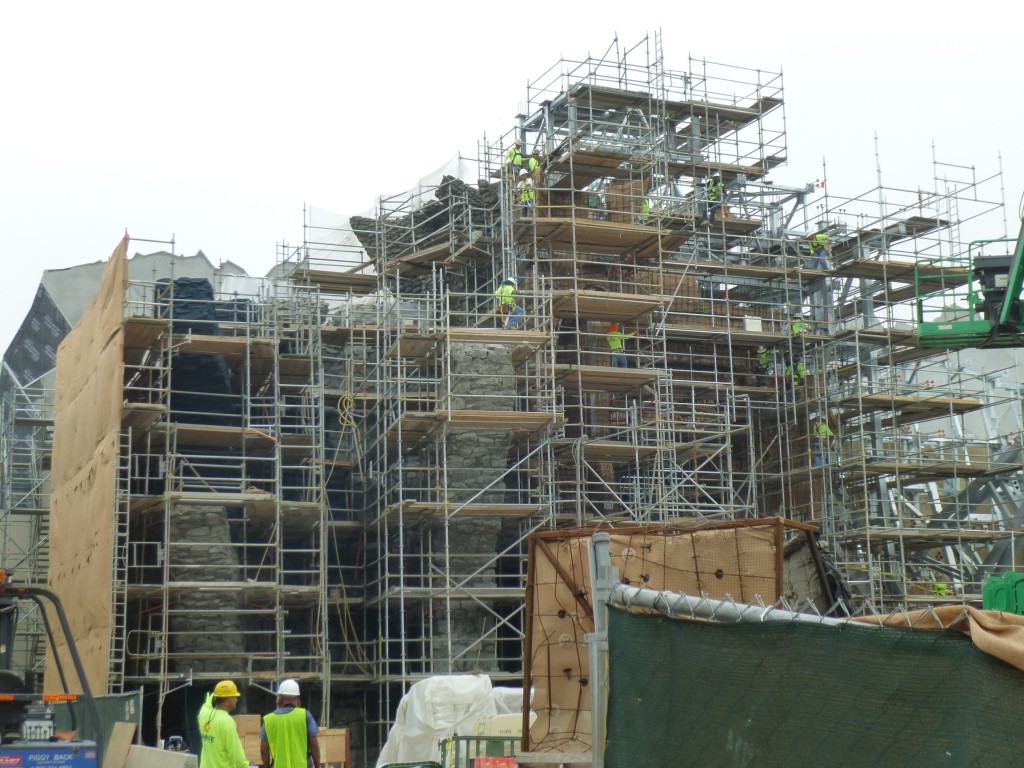 The view over the wall 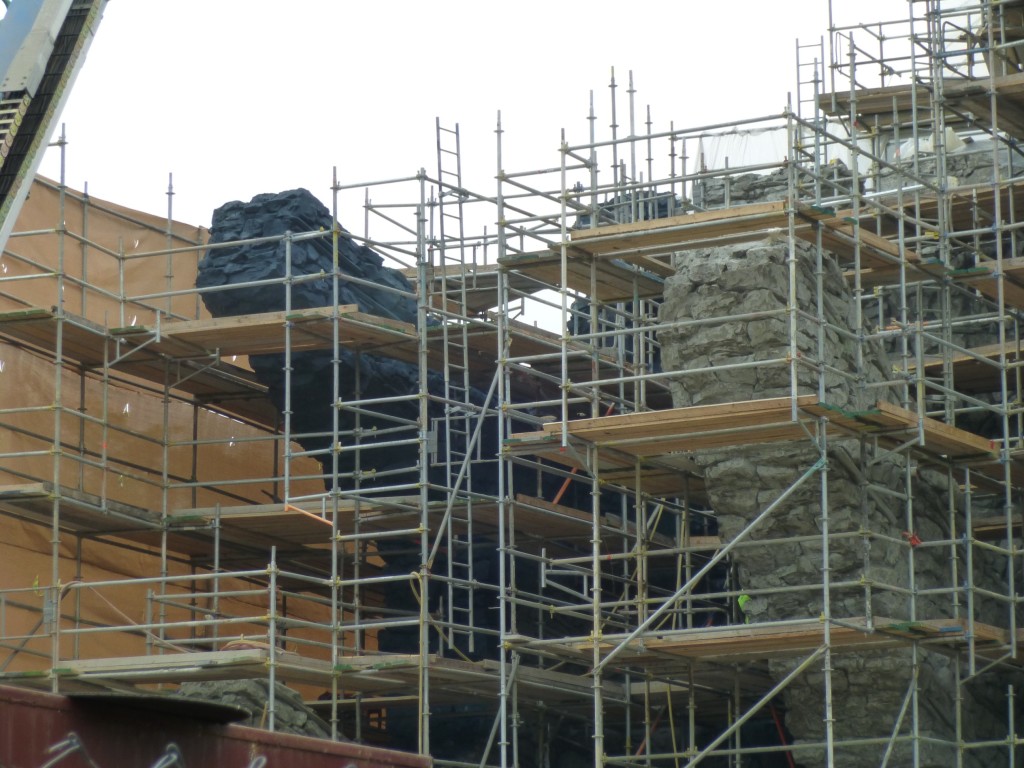 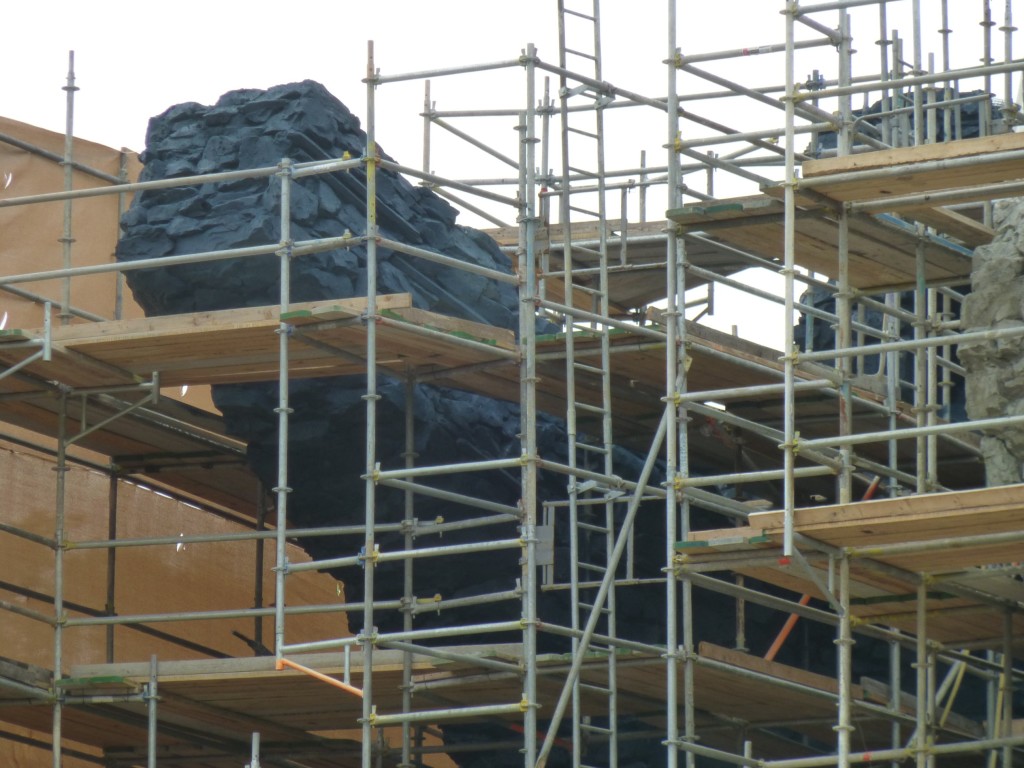 Close up of the primed rockwork 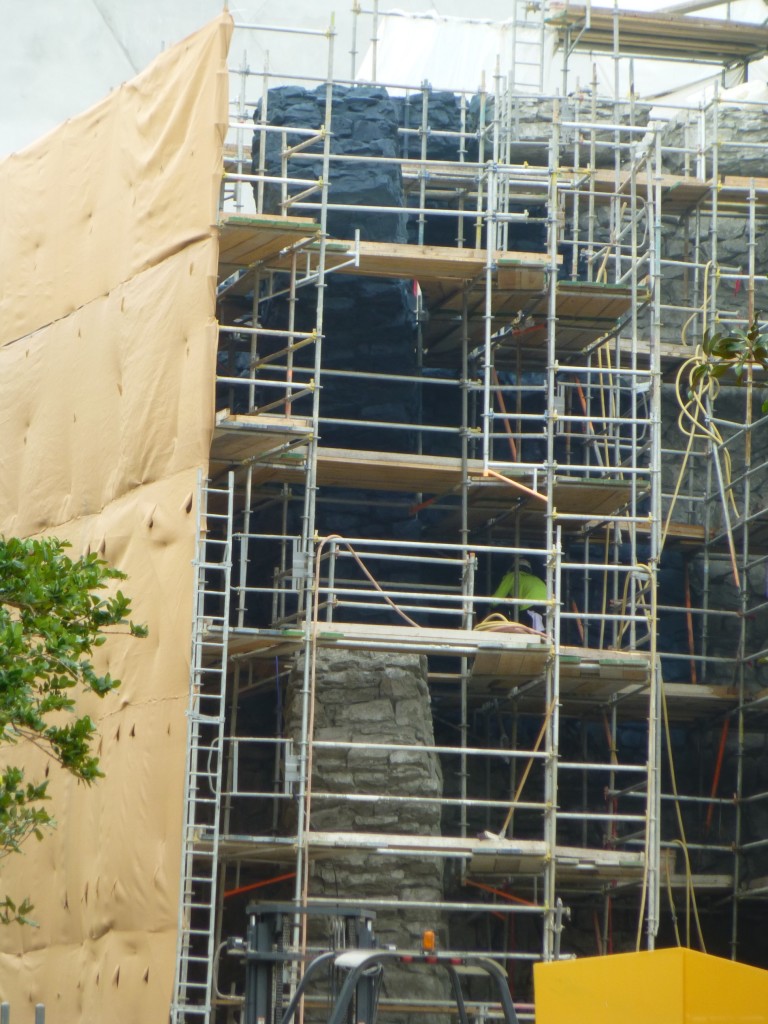 You can see where the primer ends down the column 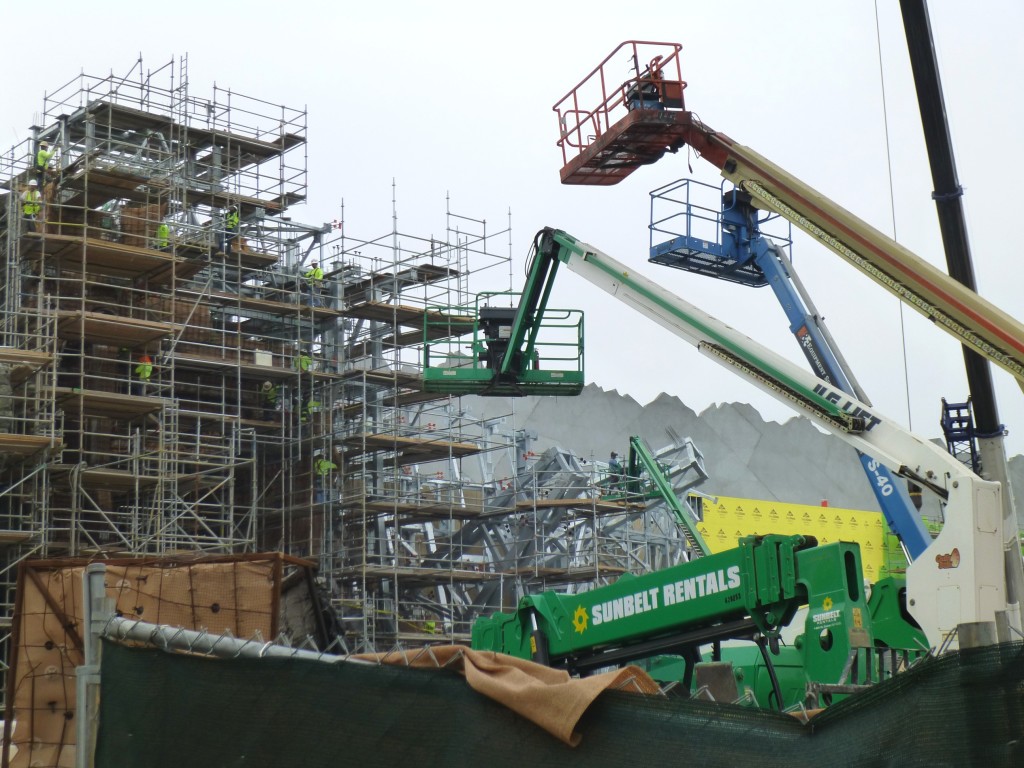 Many cranes and cherry pickers 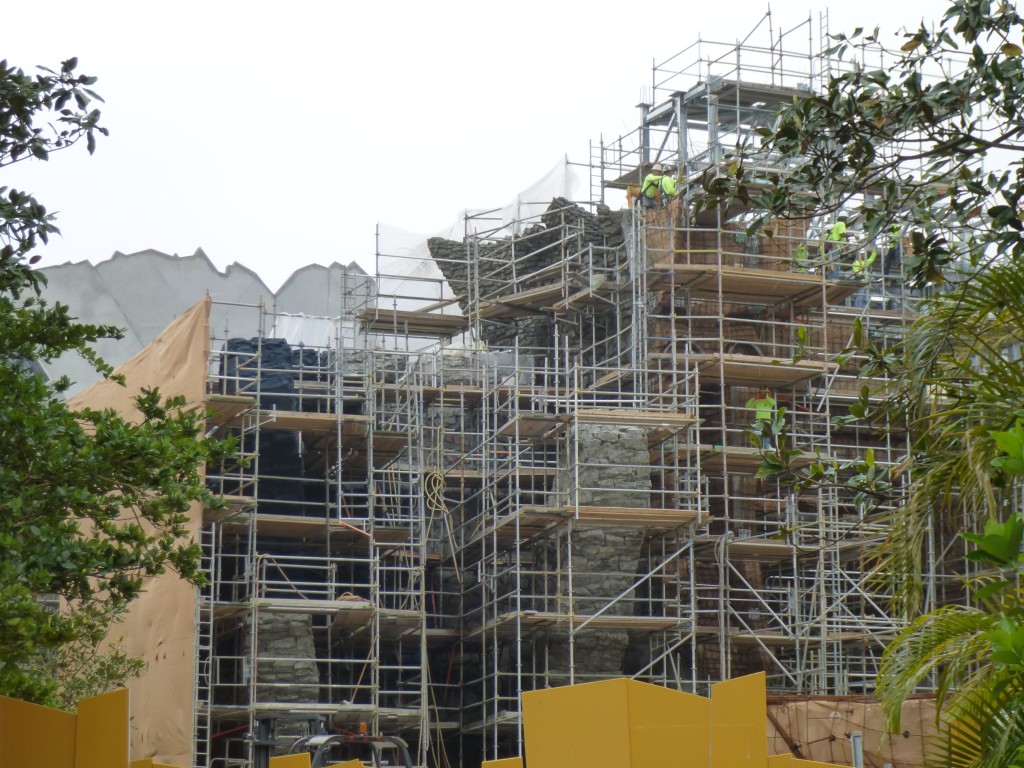 The top of the temple is starting to take shape 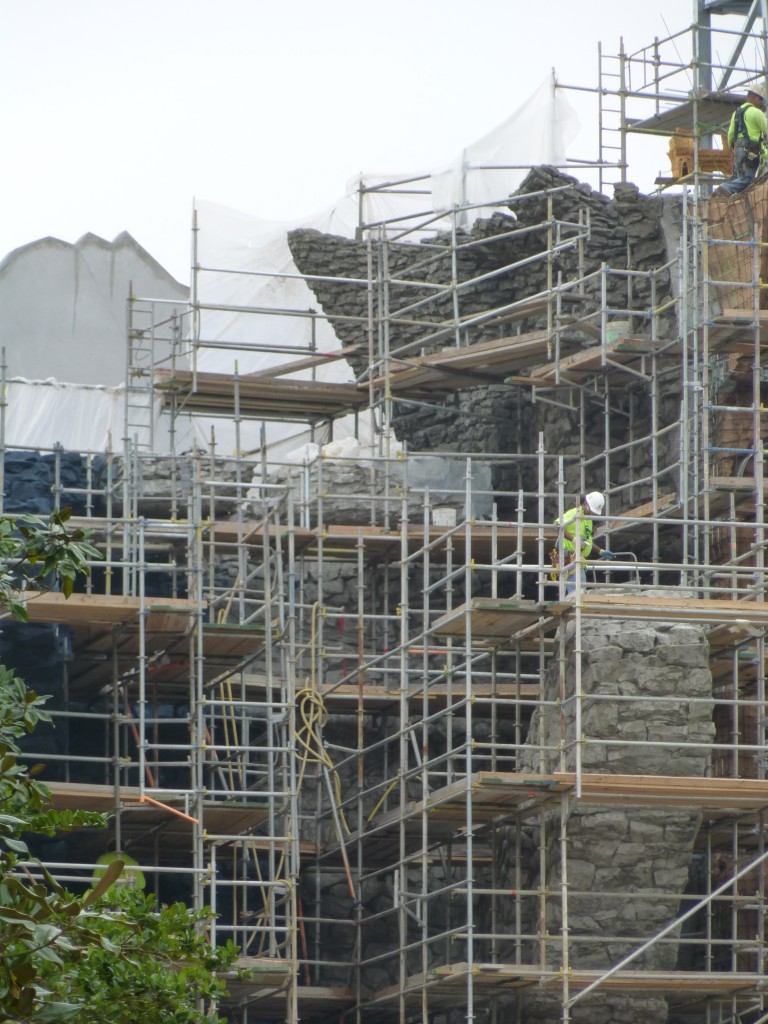 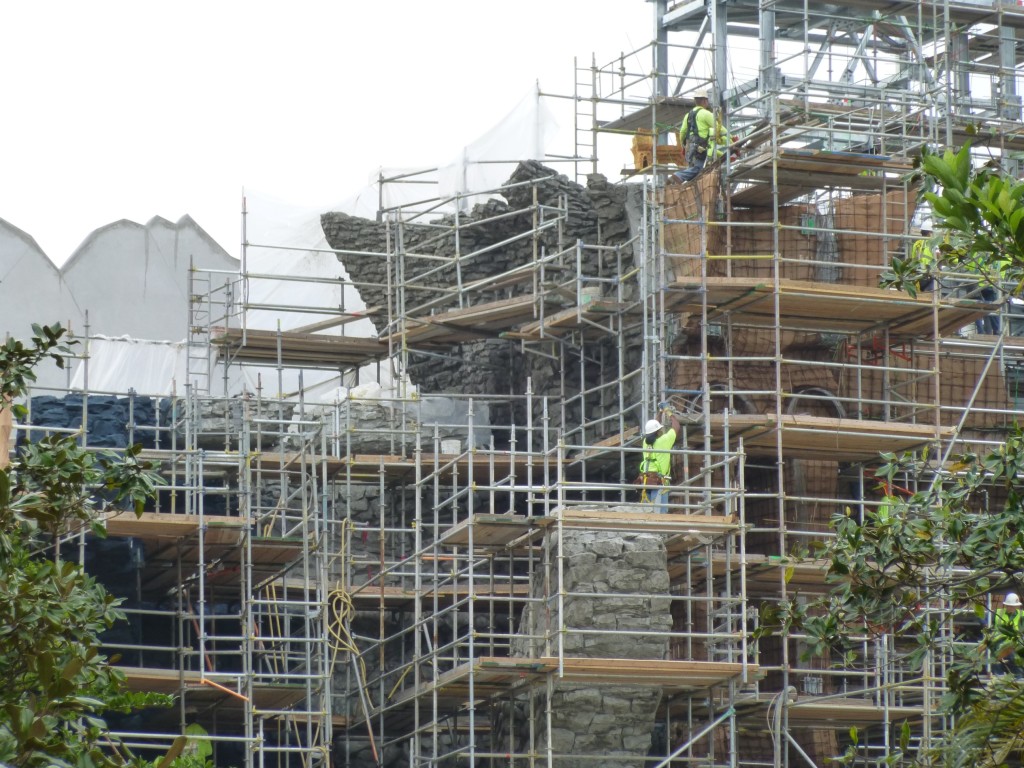 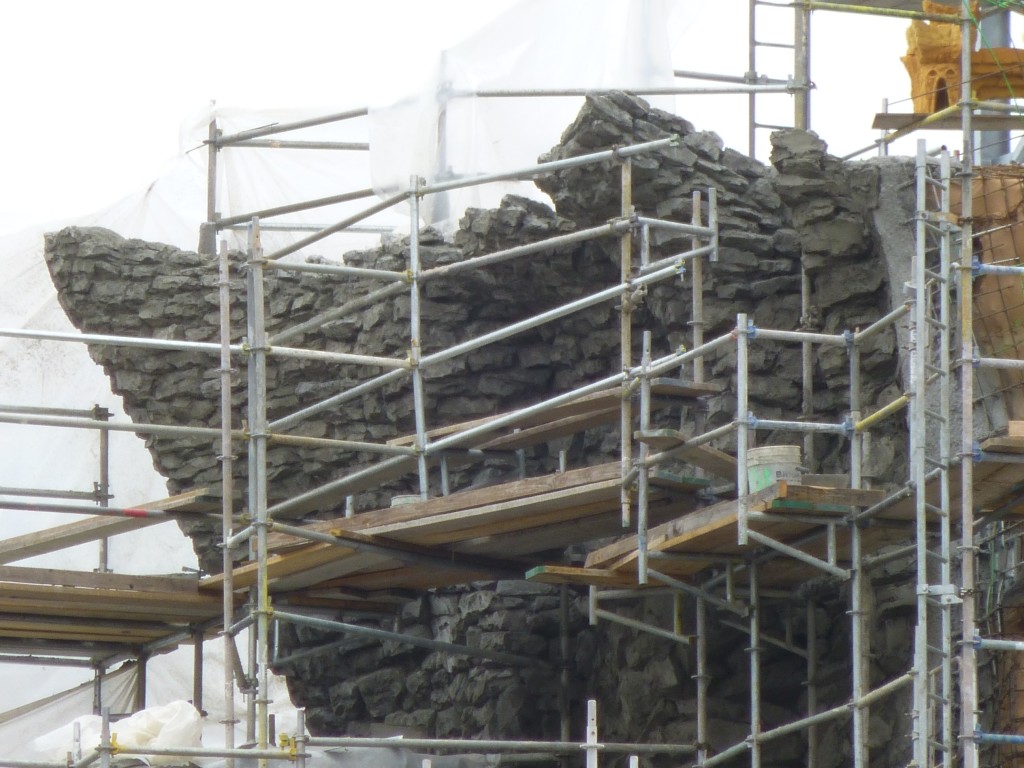 Close up of the details of the temple top 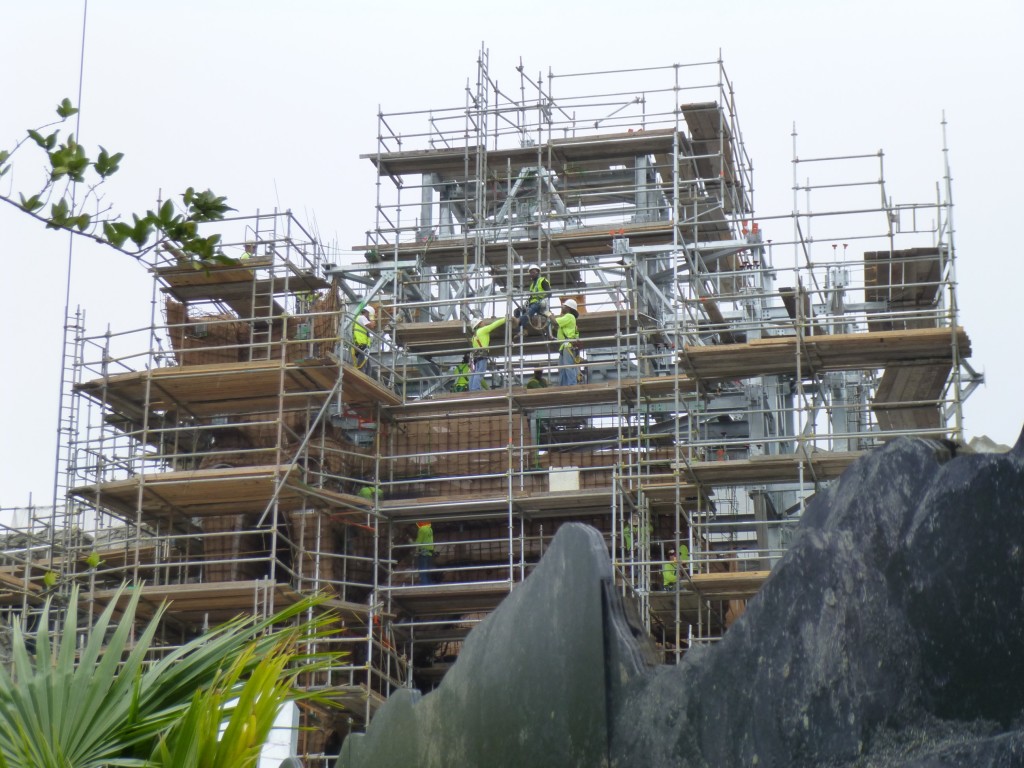 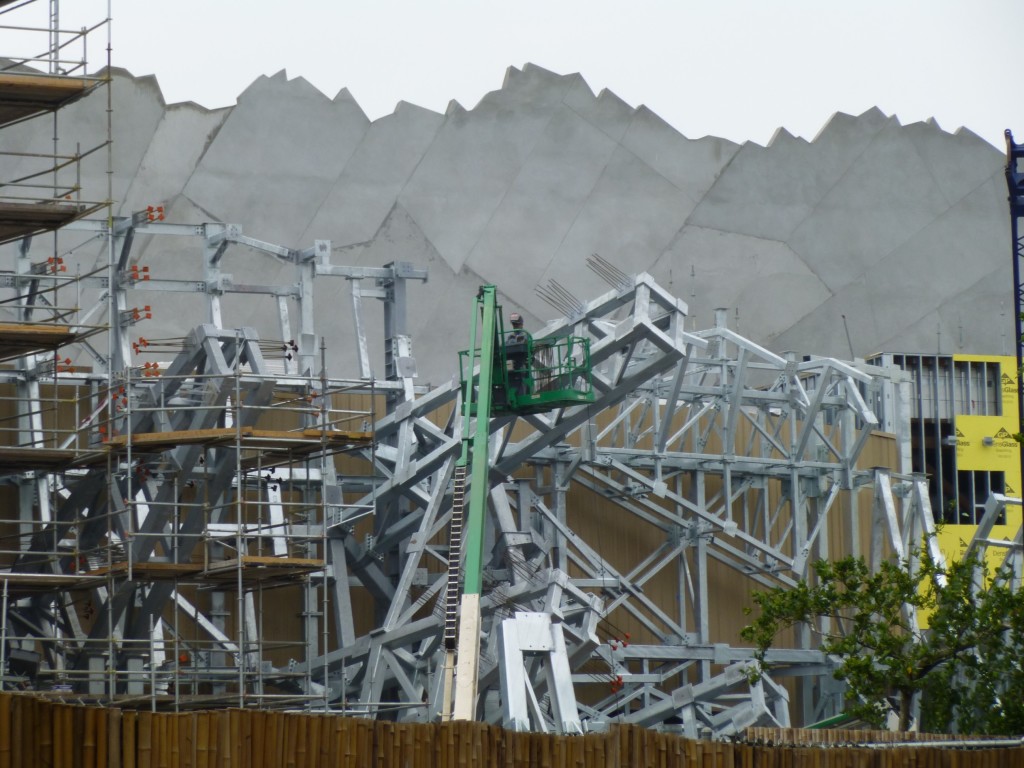 The facade supports to the right are coming along, and there’s more on that side than the left 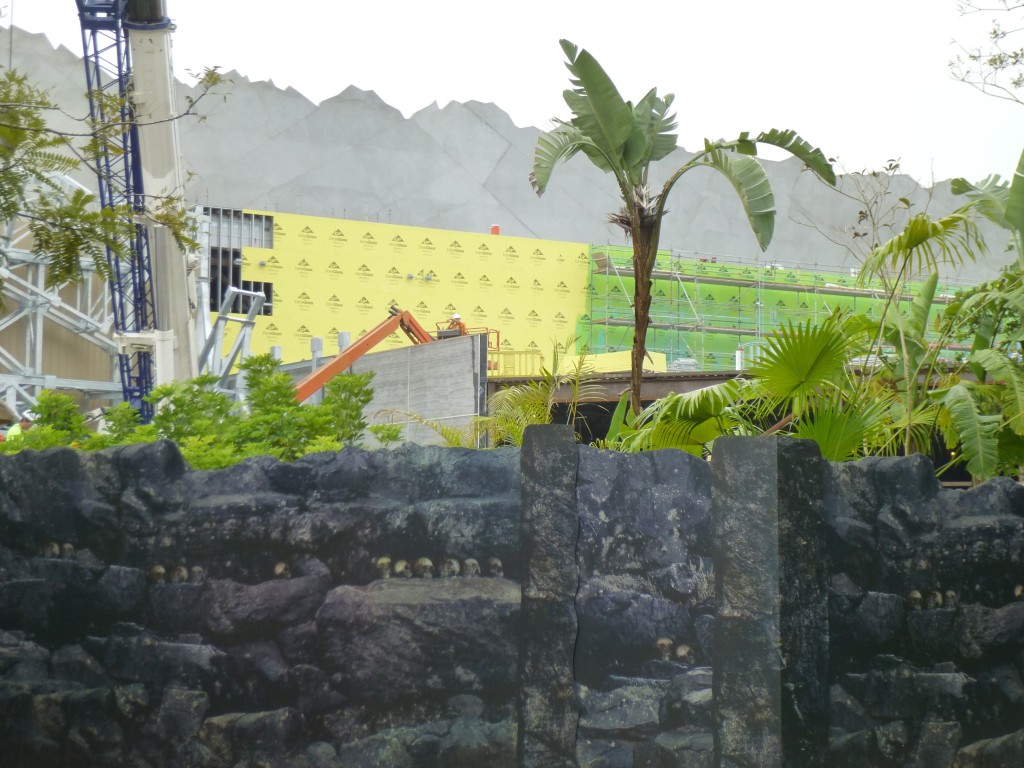 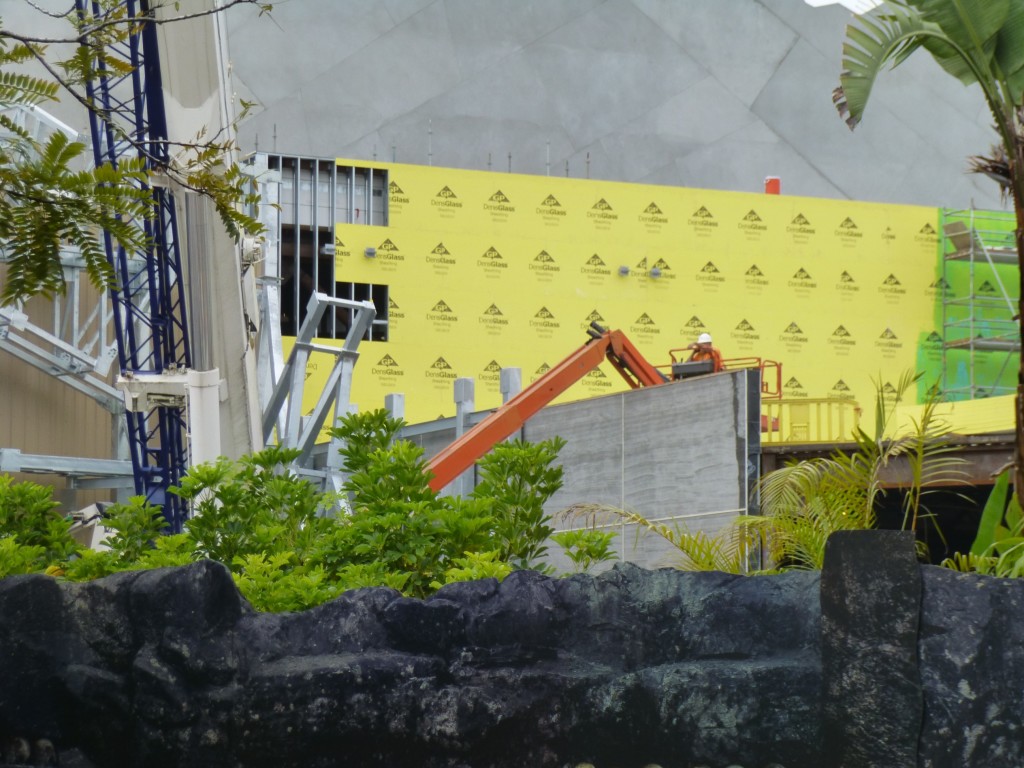 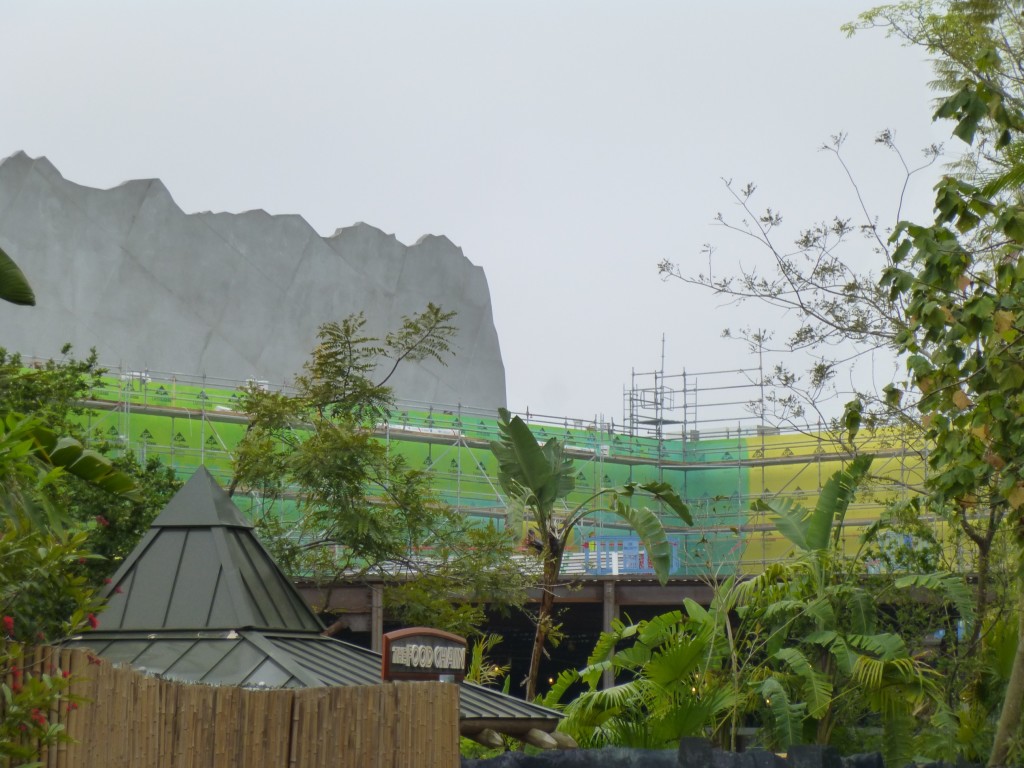 Also, be sure to check out the video and pictures of the screen-used cars from Fast and Furious 7, now on display at Universal Studios Florida.