The NBC Sports Grill & Brew was first announced back in the beginning of June, seven months after the former NASCAR Cafe closed its doors for good. We’re now finally seeing some big action on the site as the structure is starting to really resemble the concept art that’s been released. They had hoped to have the new sports themed restaurant and bar open in time for Halloween Horror Nights, as drinking has become a big part of that event and the new venue could be a great gathering place before and after guests enter the park, but it looks like they may just miss it unless they push it into high gear. (The Halloween themed event begins in just a few short weeks.) The NBC Sports Grill & Brew is officially scheduled to open sometime in the Fall of this year.

The new venue will host 100 HD TV screens throughout the restaurant showing NBC sports programming of all types. There will be several extremely large screens outside of the building, which will be visible from many parts of CityWalk, beckoning customers in with their warm glow. The establishment will offer an extensive menu of more than 75 different items, with favorites like burgers and steaks to custom creations like crab scotch eggs. And, of course, no sports bar is complete without the perfect beer. You’ll be able to select from over 100 different beer varieties, including an exclusive draft you’ll only find there. Check out the construction progress pictures below and stay tuned for more updates! 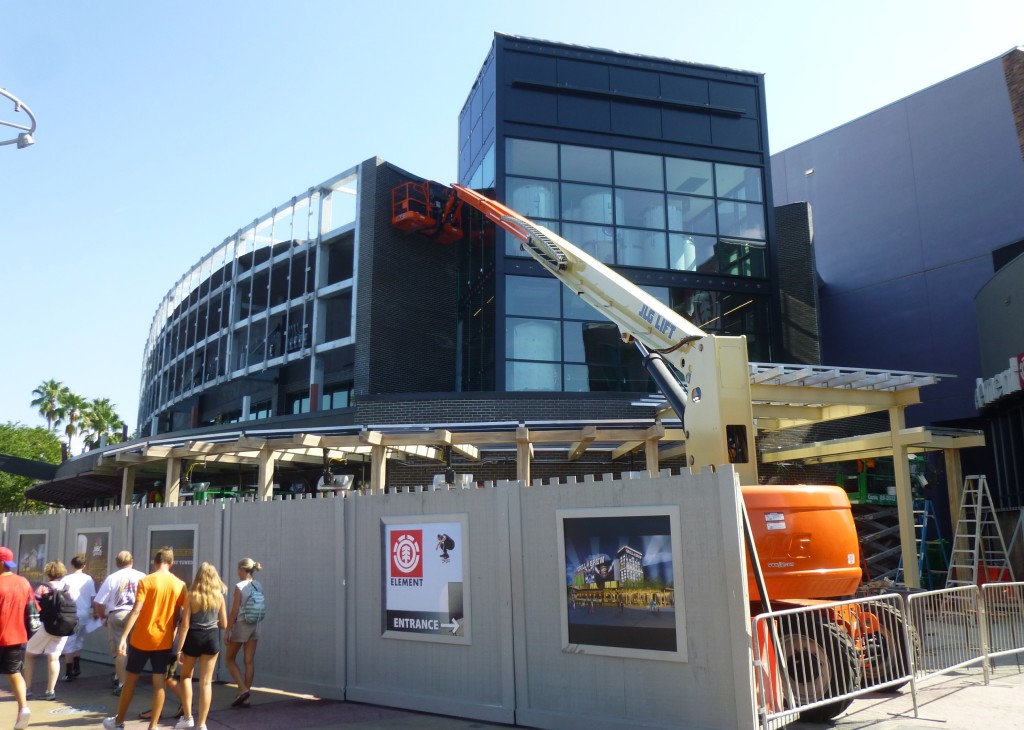 Overview of the area 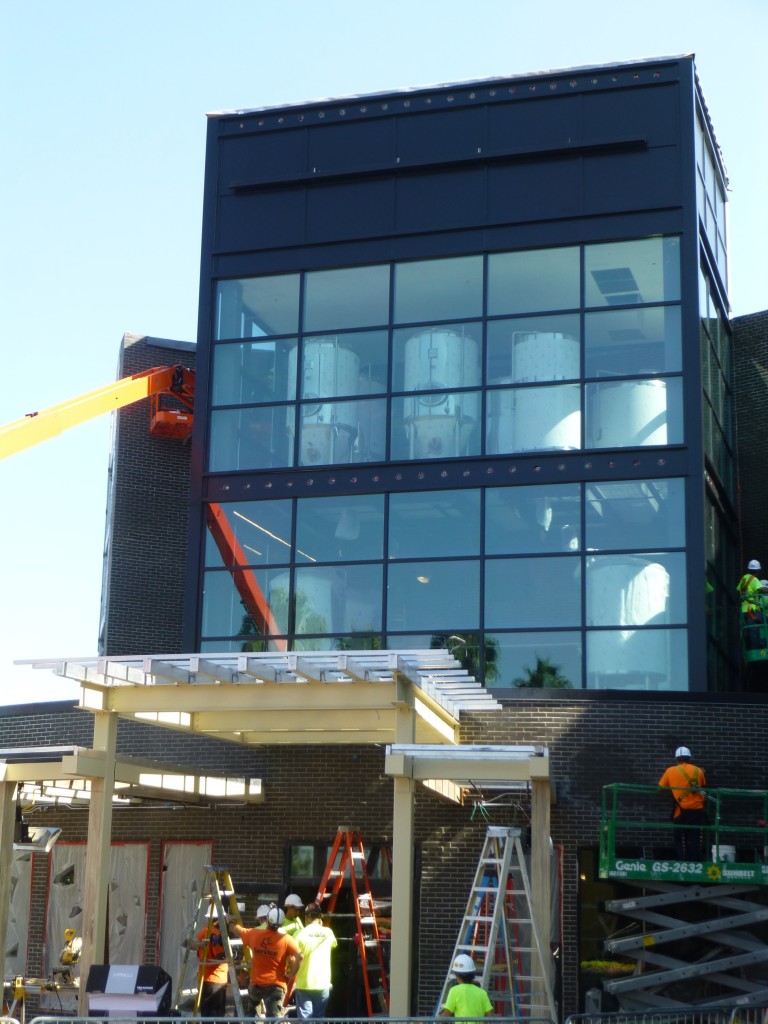 Beer brewing canisters seen behind picture windows, with the garden patio below 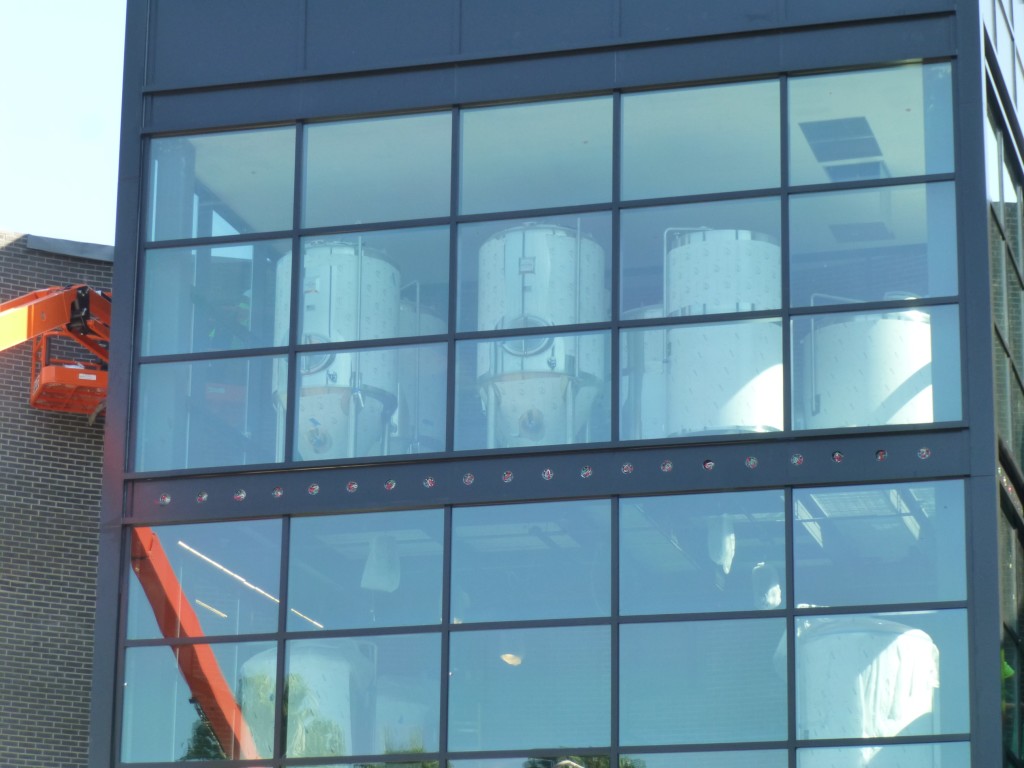 Close-up view of their microbrew. This is where I’m assuming they will be brewing their exclusive beer 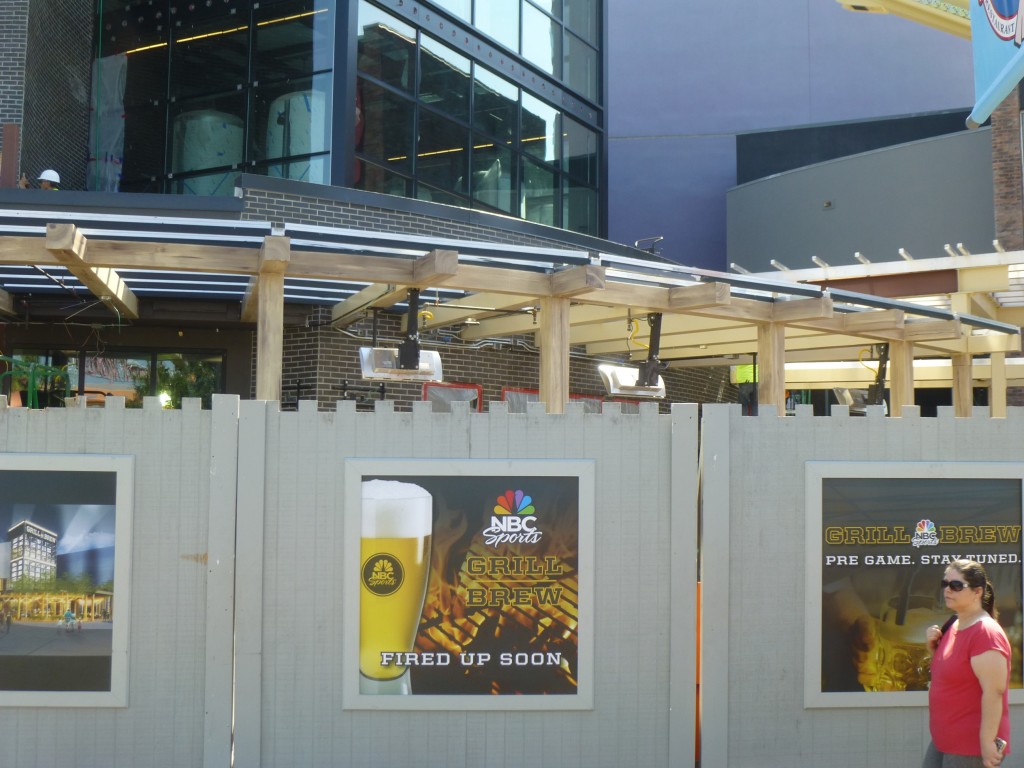 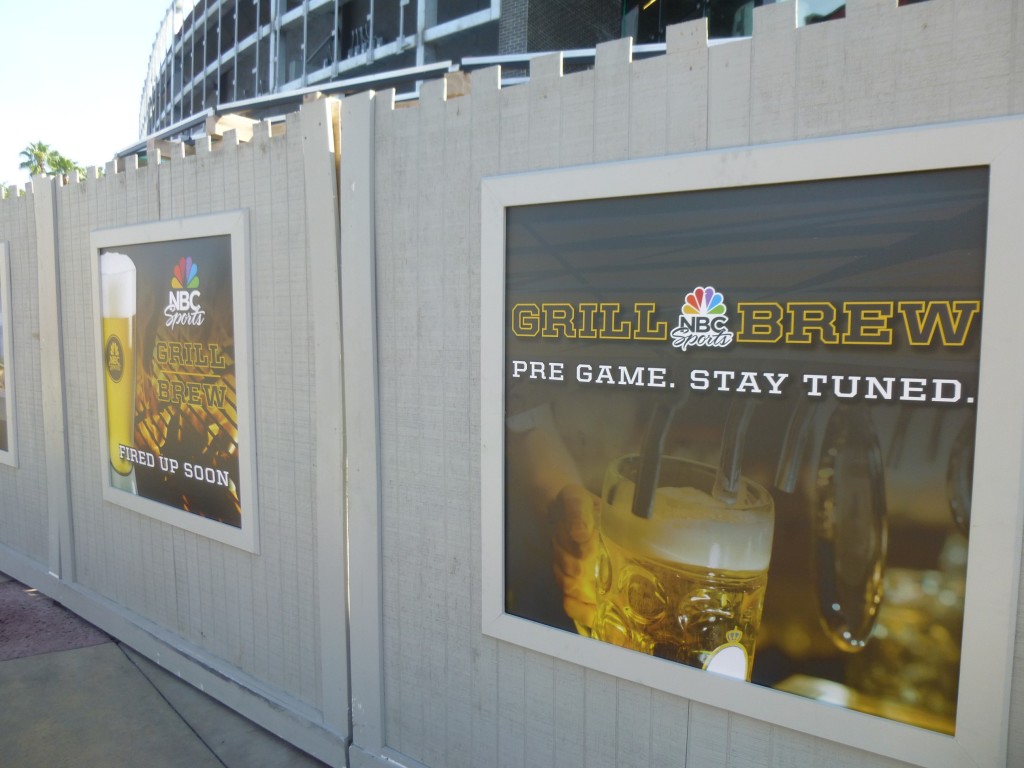 Adverts for the new restaurant along the construction walls 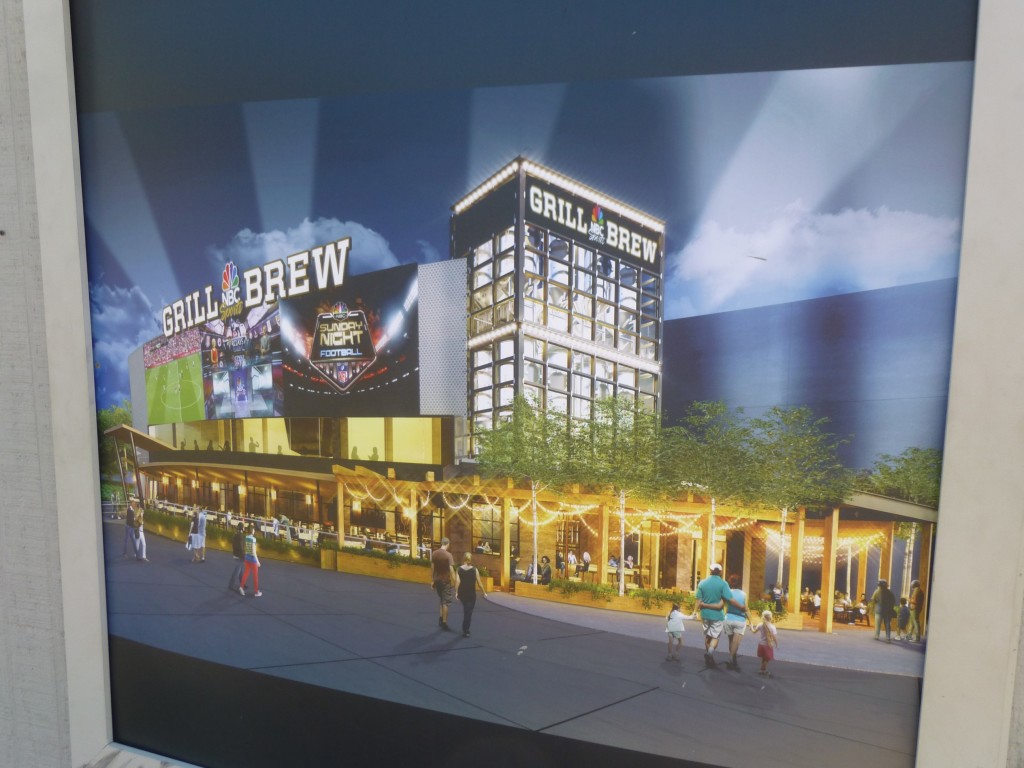 Concept art on the walls 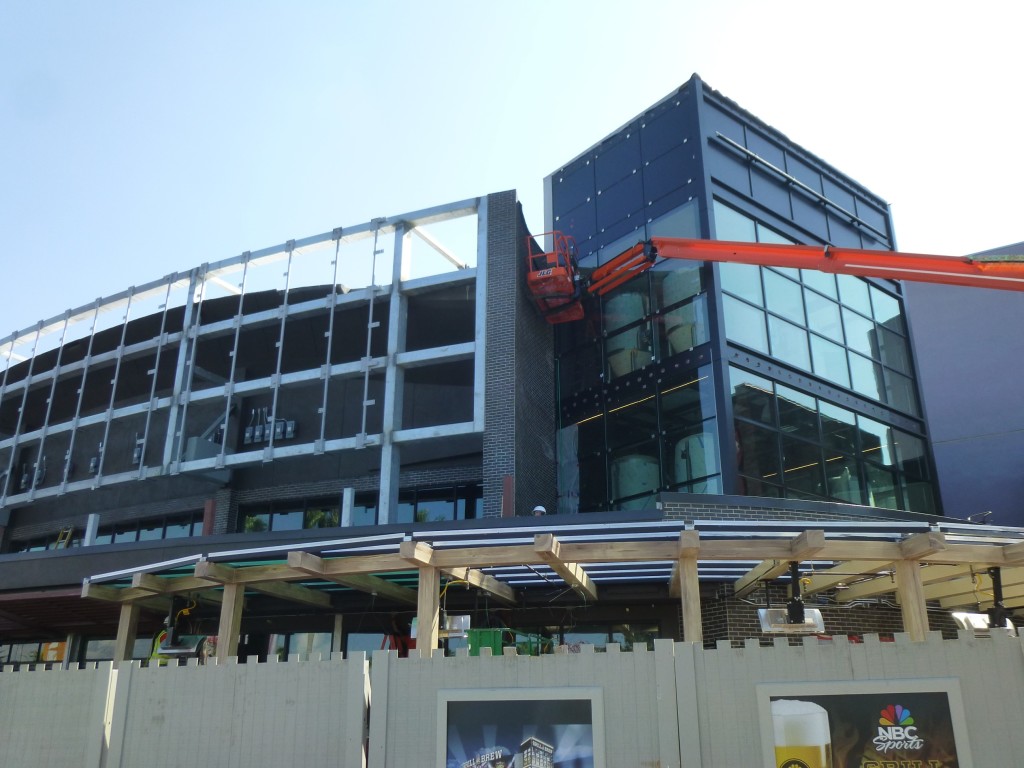 The old Nascar building has been wonderfully re-purposed 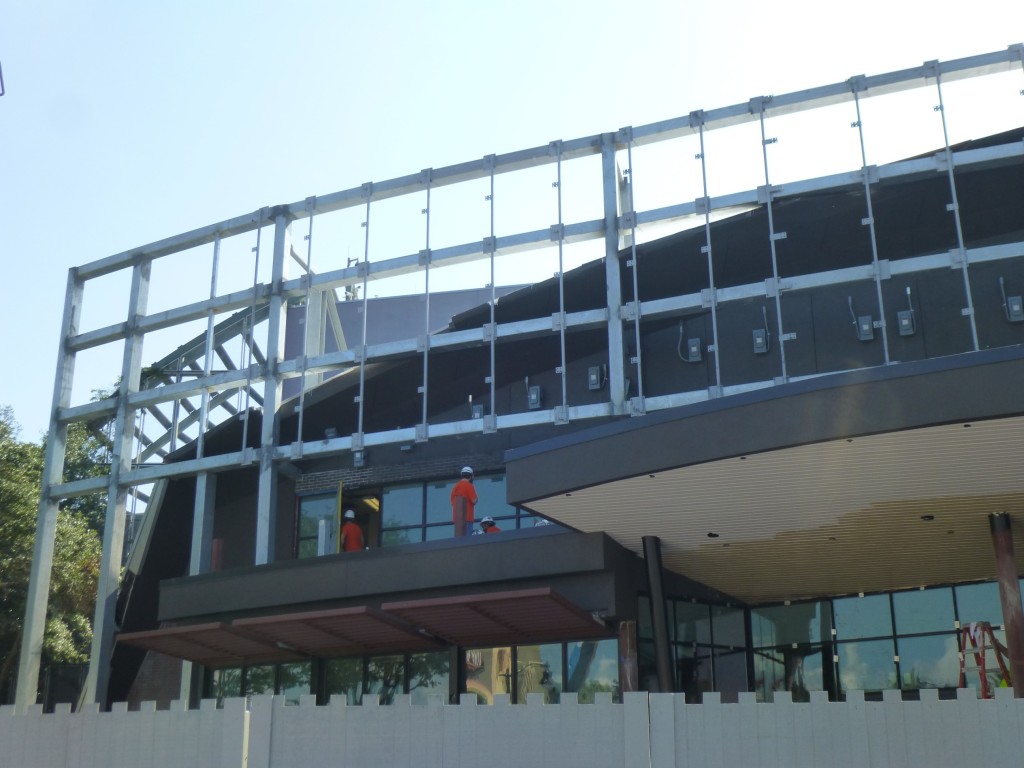 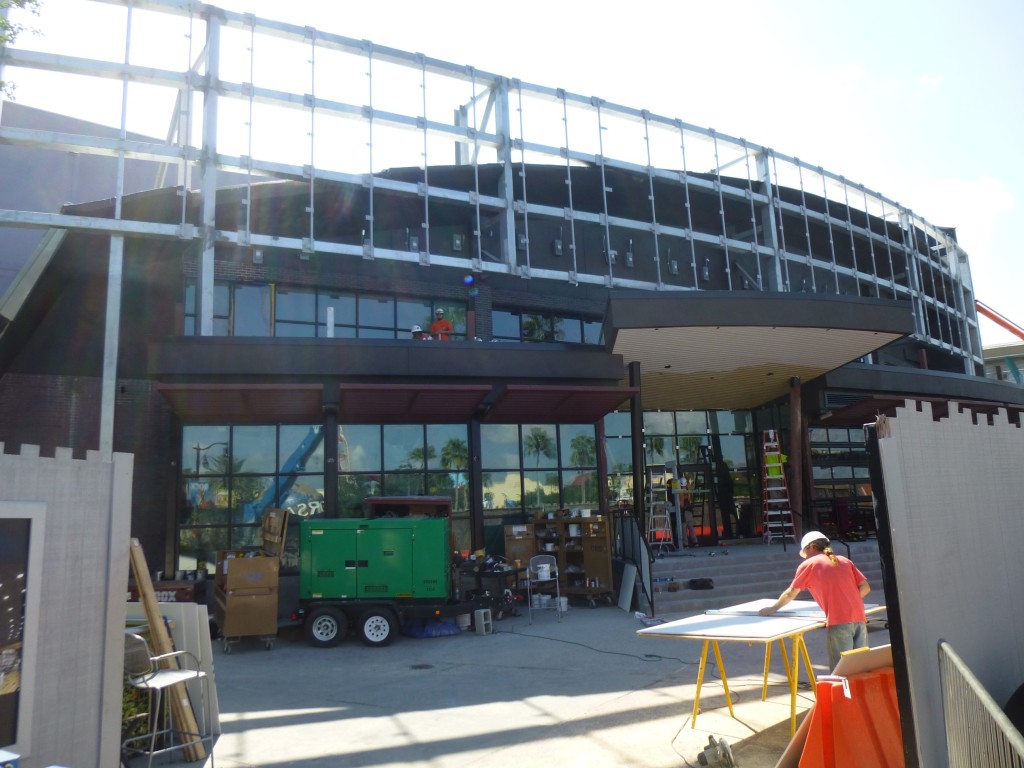 Side-view and what will become the main entrance 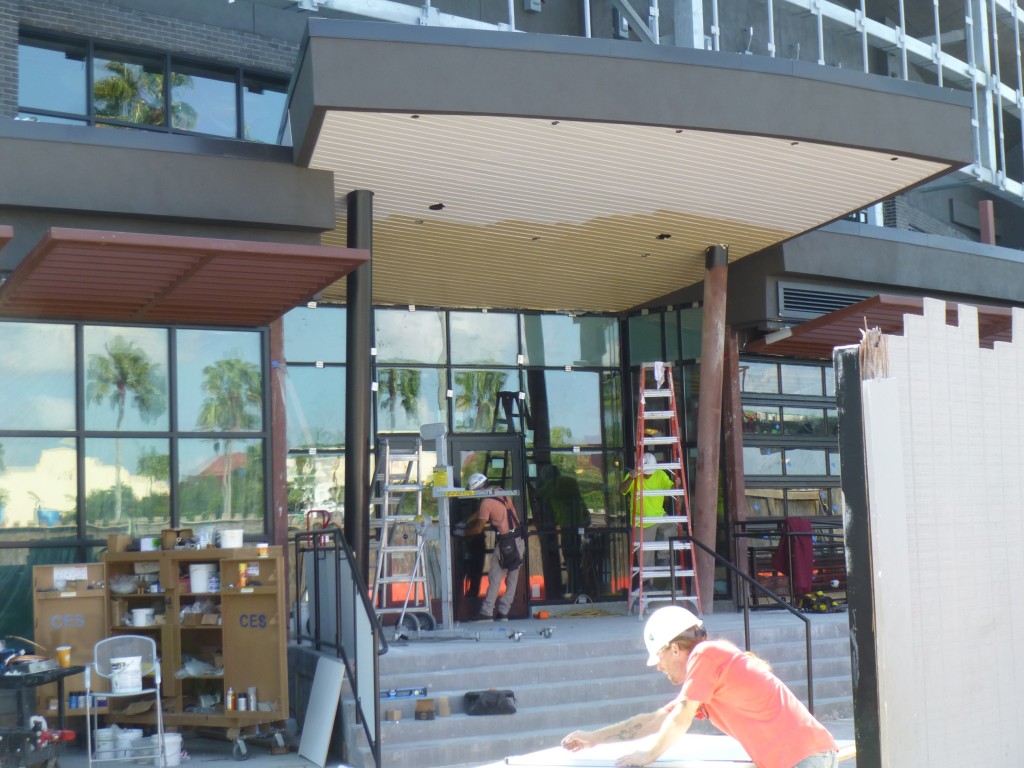 Close-up view of the main entrance 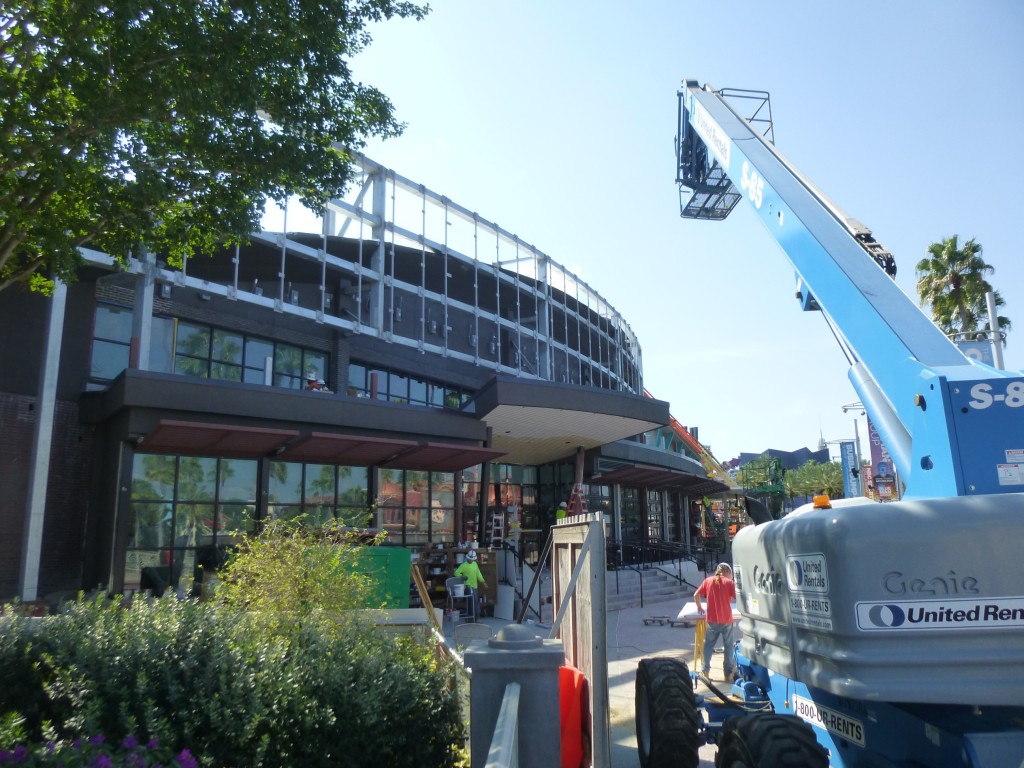 View from the bridge leading to Universal Studios Florida

That’s all for now! Check out my previous update about the NBC Sports Grill and Brew here.

Subscribe to the feed for more park news and updates!