I’m going to go out on a limb and say I’m 99% sure they’re building a Raptor Show/Meet and Greet near the entrance to the old Triceratops Encounter at Islands of Adventure. Construction is picking up pace, and with only 41 days until Jurassic World opens in theaters, they better hurry up to be ready. During my last visit I was able to grab some snapshots of what looks like a semi-circle of supports, done in a Jurassic Park style. They could be marking off what will become a stage-like viewing area, or maybe even a small set of bleachers for guests to view the animals. Either way, it’s looking much more like a permanent viewing area (with scheduled appearances throughout the day perhaps) rather than just a staging area for street events. Check out the images of construction below as well as some more information and rumors! 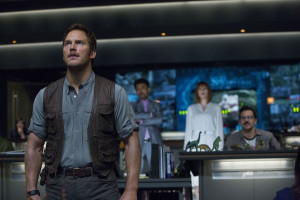 The producer of Jurassic World, Frank Marshall has said in an on set interview with IGN that the Orlando park has been involved in the production of the film and that there could be new attractions coming in the future. (It’s true that the Universal parks have been involved. In the new film, most of the footage of people waiting in ride queues on monitors in the control room is taken from actual footage of rides at Universal Orlando.)

“Marshall is keen to point out that the Universal Studios theme park has been involved with the development of Jurassic World – and yes, he used that magical word “synergy” – in order to begin creating attractions that could be featured there in the future. One of the most probable revolves around the Gyrosphere – the little bubble cart the two kids can be seen traversing Jurassic World inside of in the trailers.” 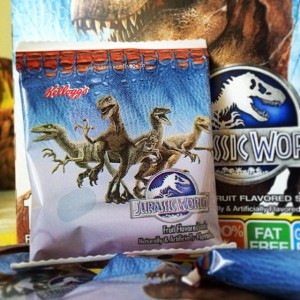 While IGN assumes the Gyrosphere would make for a great attraction, and it would, no doubt, my guess is Universal is going to wait to see what the box-office returns are before making such a large investment in the parks. However, the success of the so-called Raptor Squad is already evident. From fruitsnacks to posters and toys, everyone is loving the Raptor Squad from Jurassic World. I for one would love to meet them in person.

Teebin over at the Orlando United forums has posted an image showing exactly where the new attraction will be located. It does seem to line up with what I saw while taking pictures yesterday. Teebin also said that the coming construction will be very Jurassic Park, and from what I saw, it is. 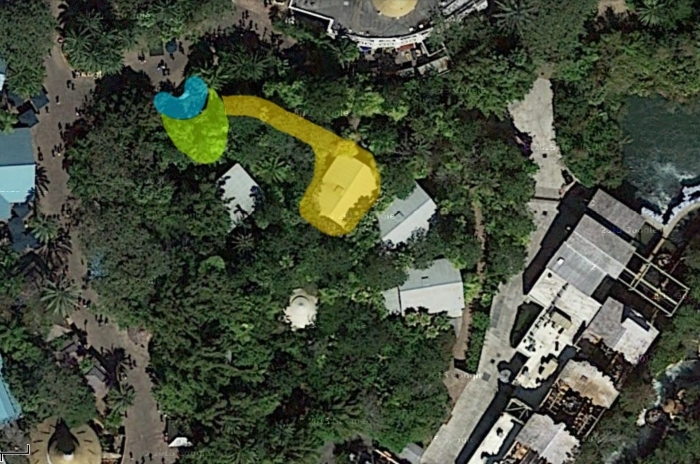 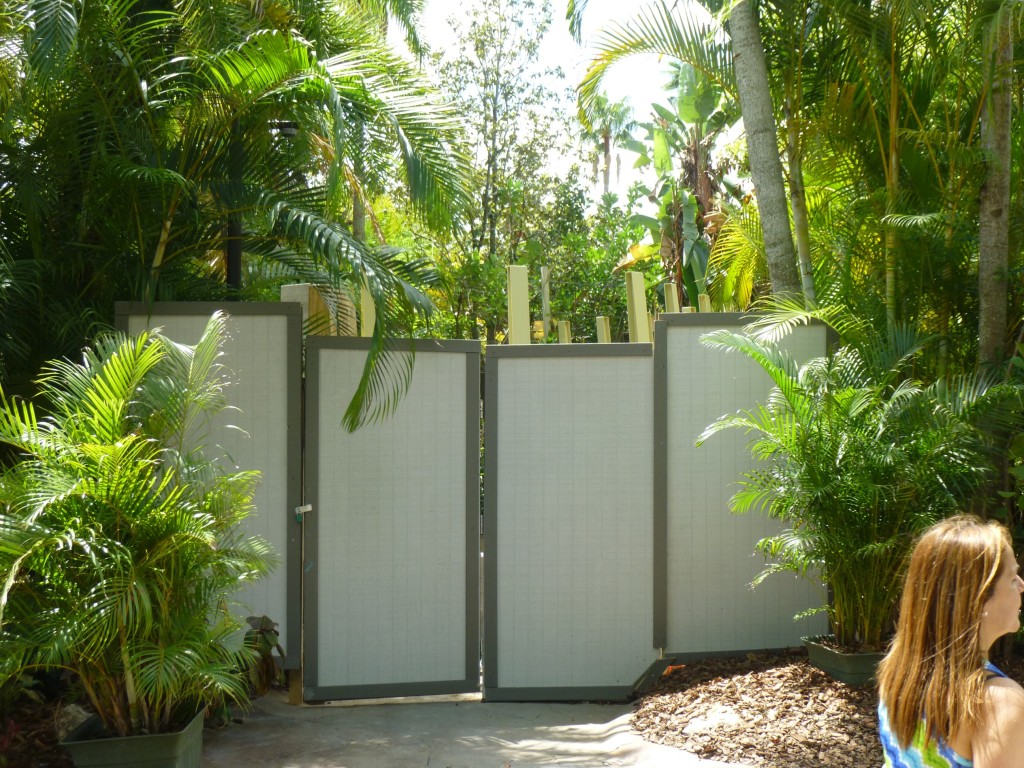 New construction walls. This is to the left of the triceratops rock 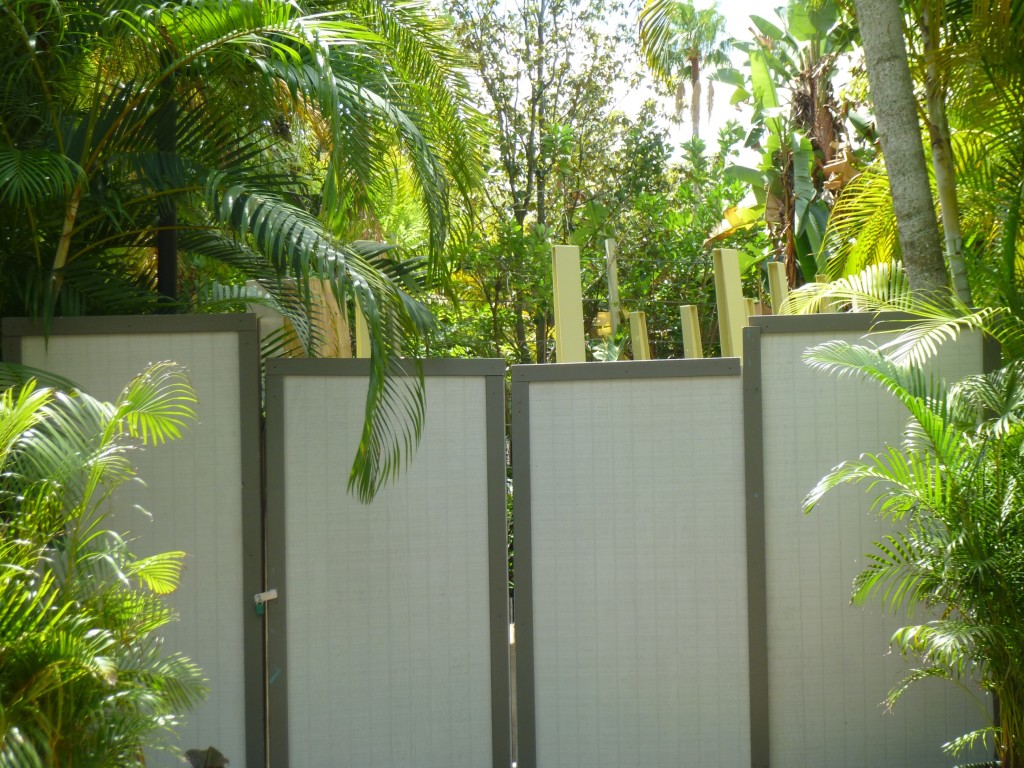 You can see yellow metal beams rising above the walls 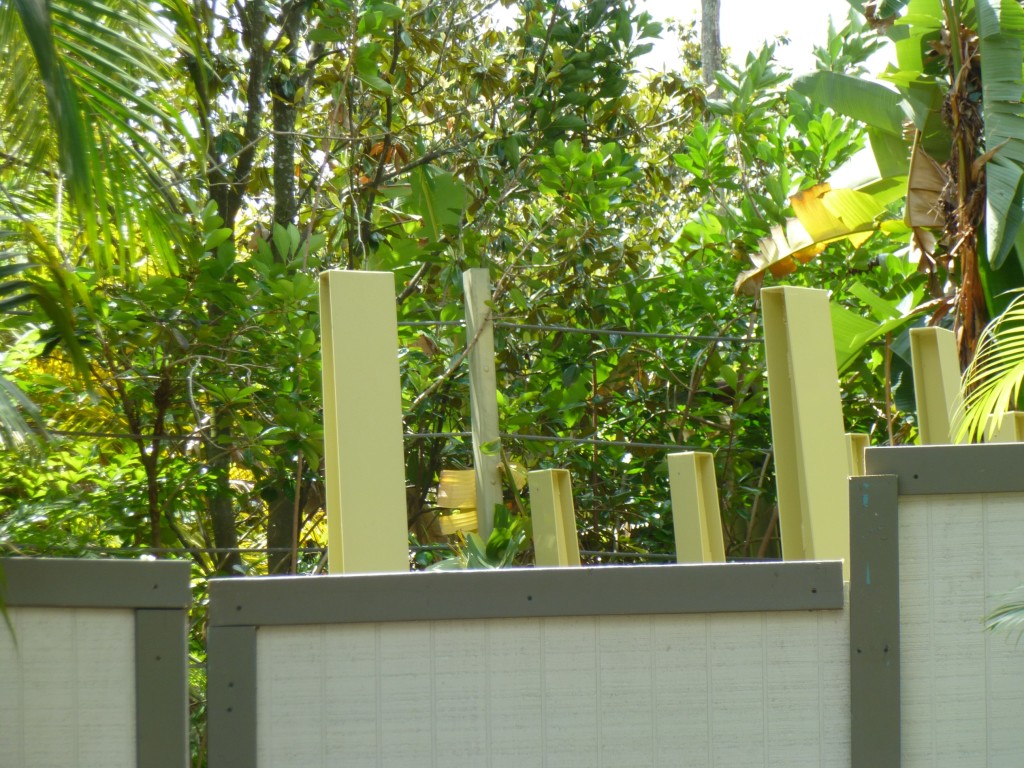 Close up view of the beams. Electric fence seen the background was already present before construction. 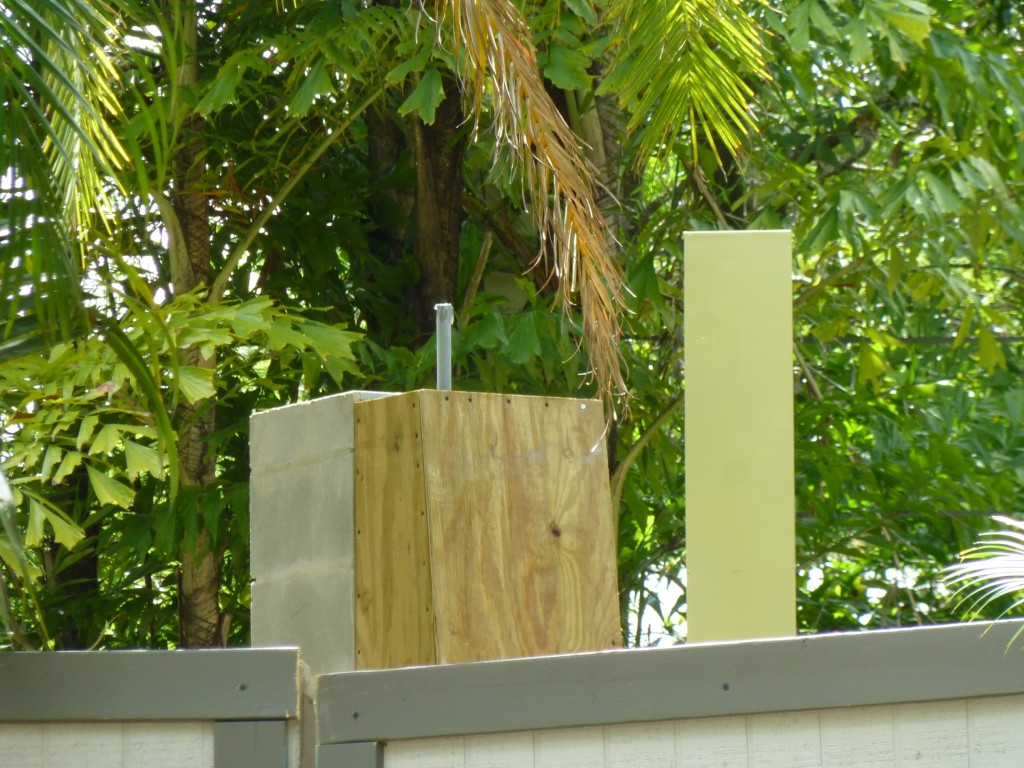 A larger block on the far left 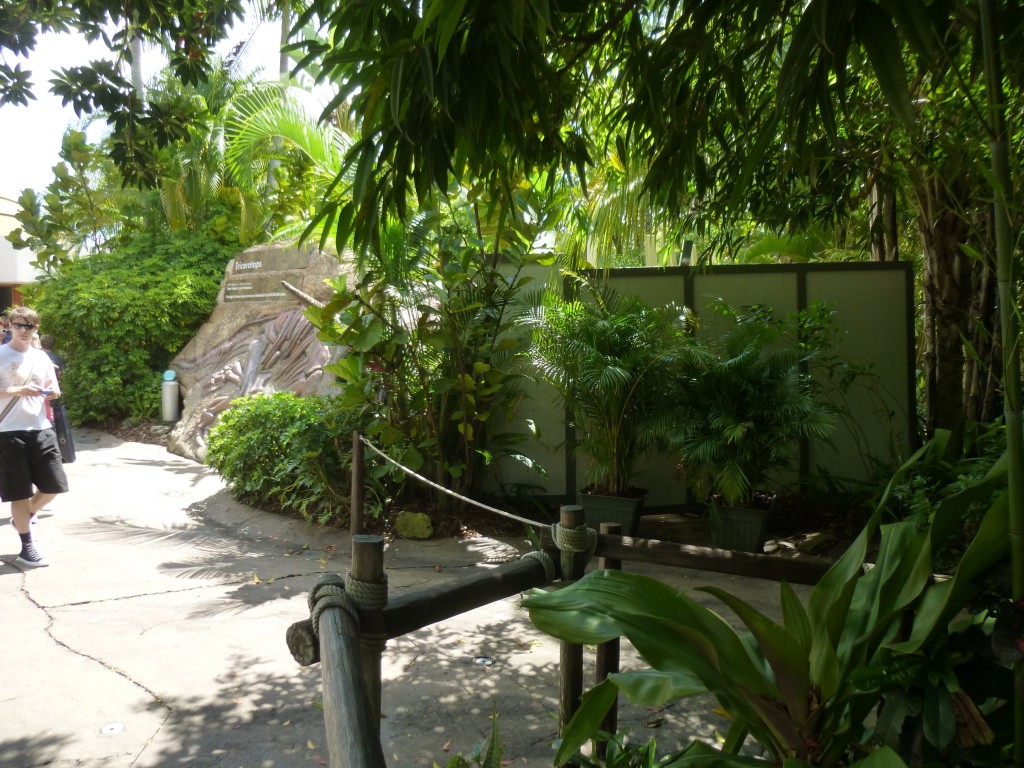 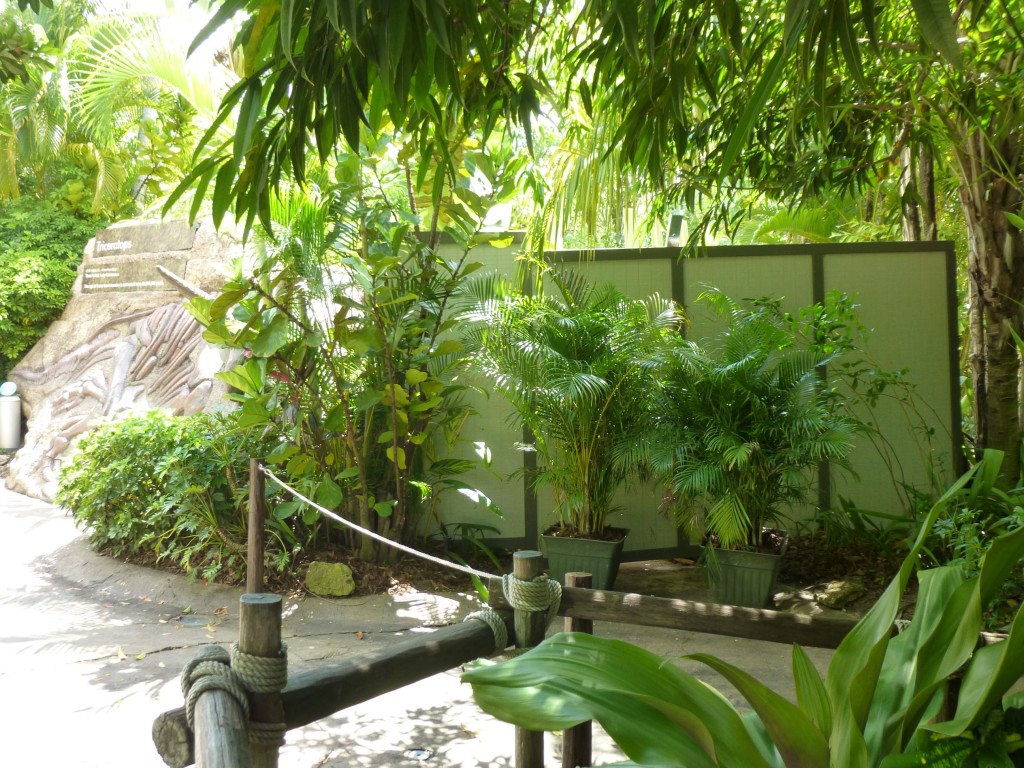 Closer look at the walls on the right 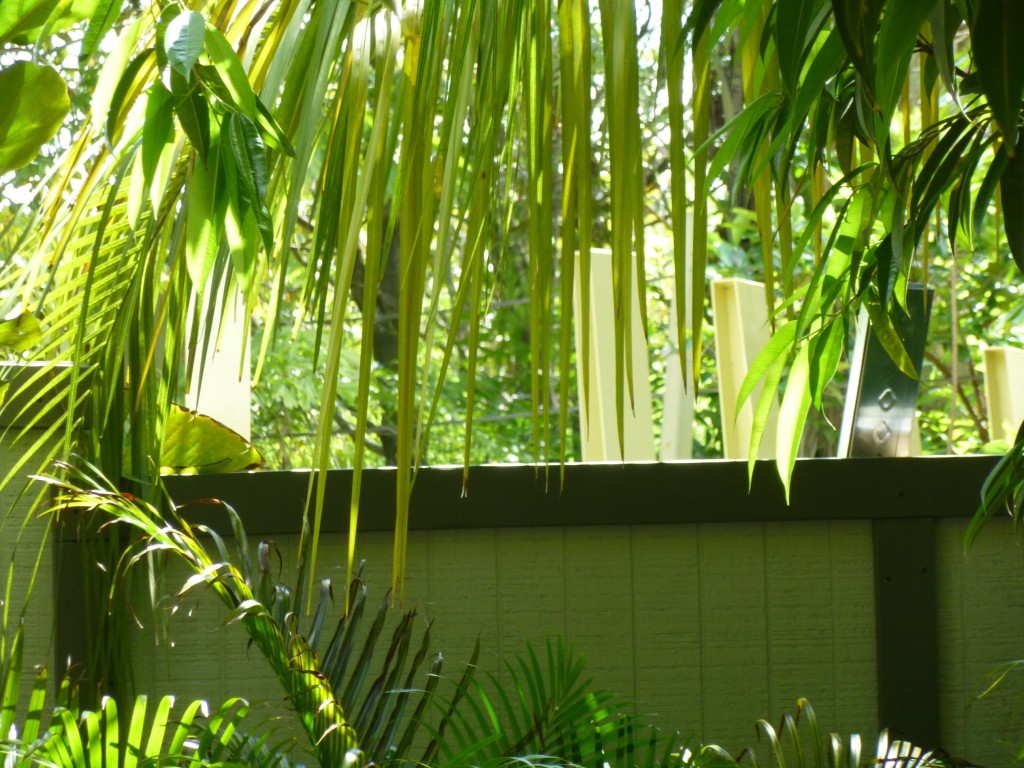 The beams seen above the right walls 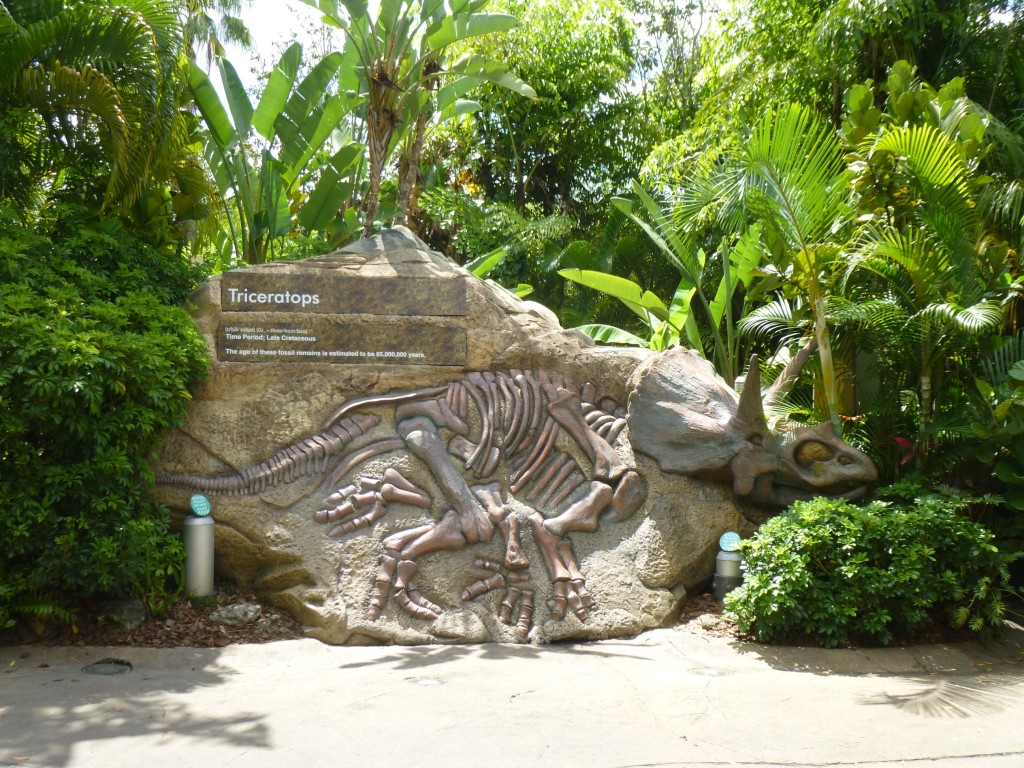 Rumor is the classic Triceratops rock is not being removed. Which is good since it’s popular for pictures. 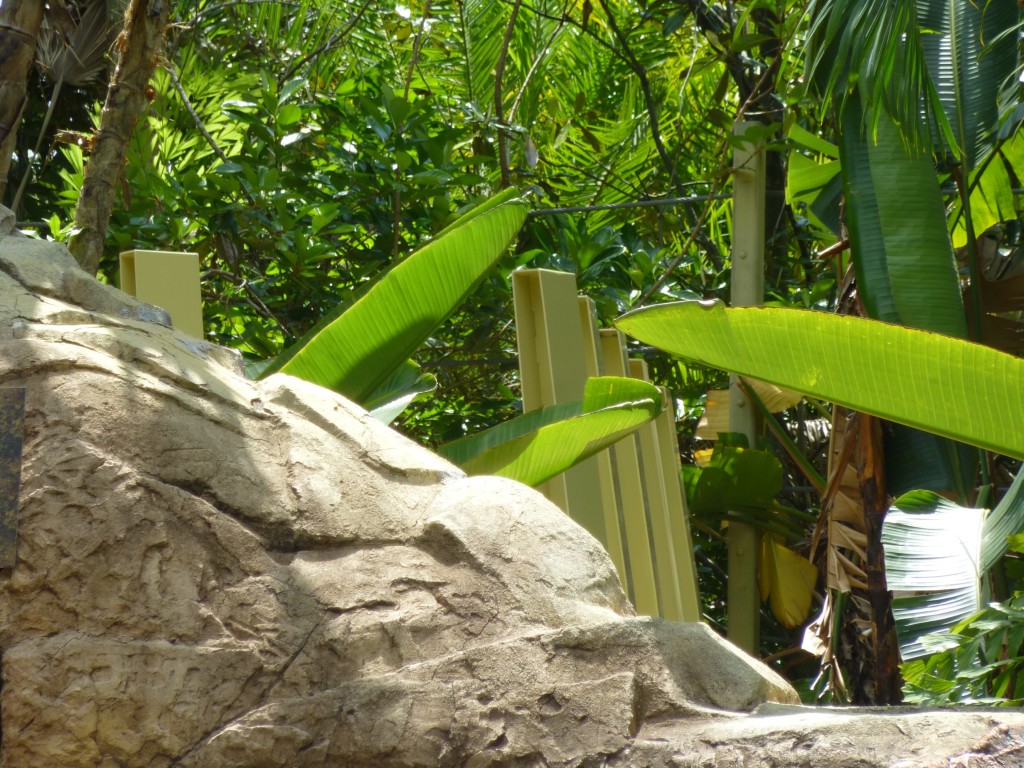 Here you can see how the beams are aligned in a half-circle formation, right behind the triceratops rock 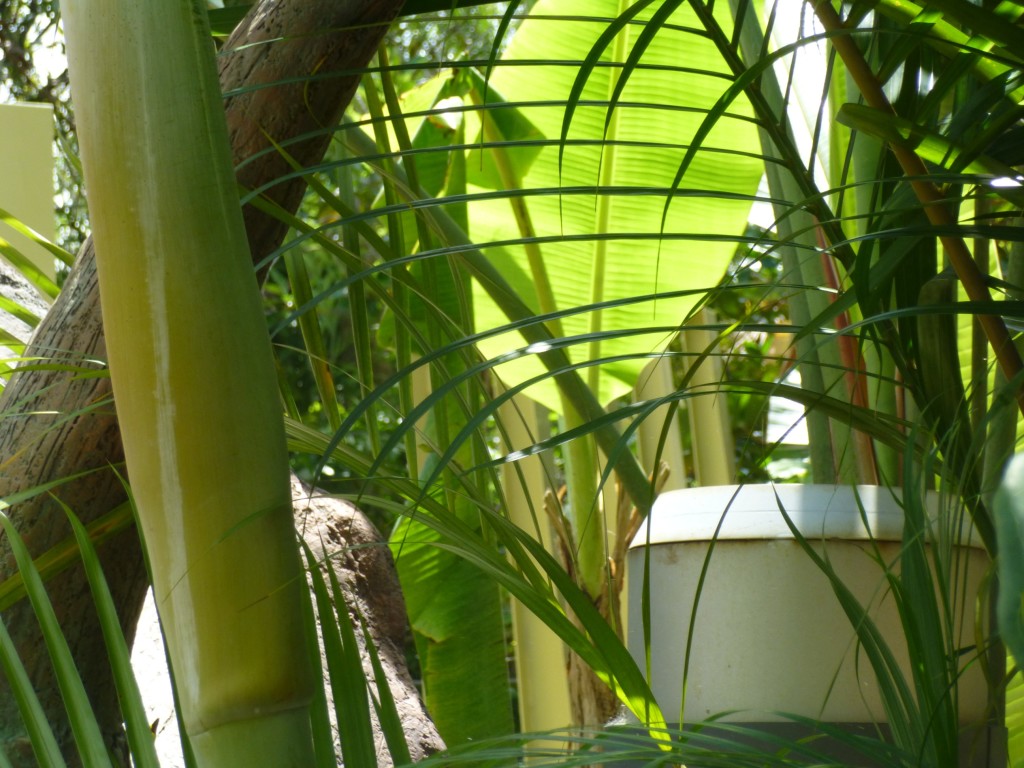 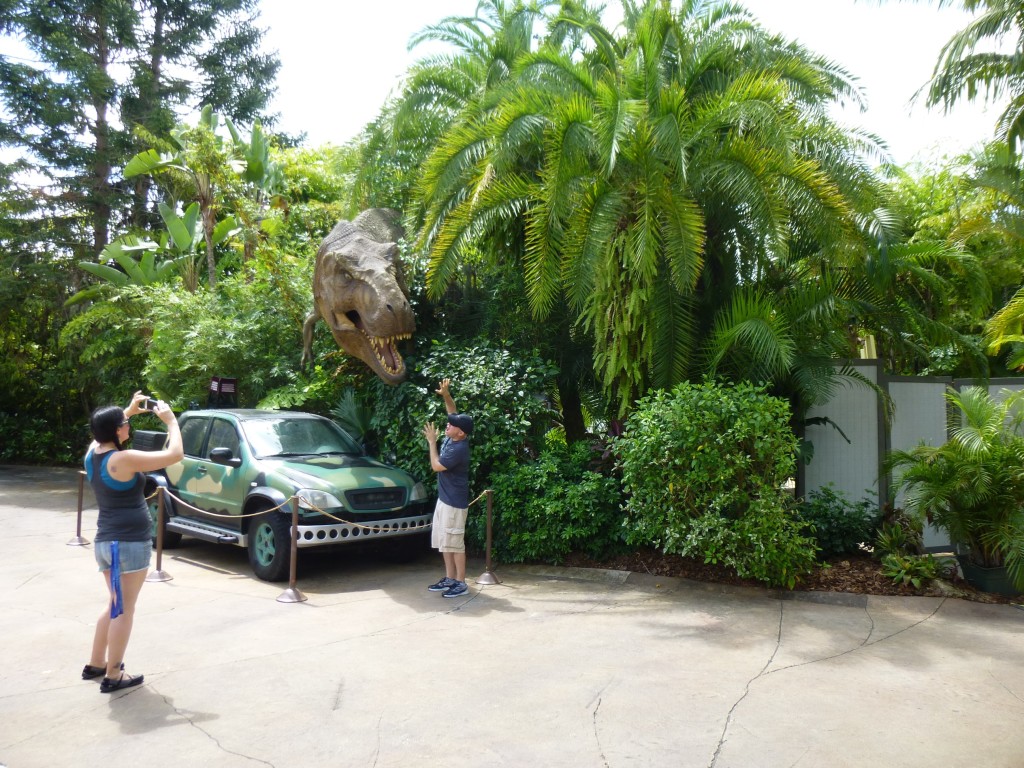 This construction going on next to T. rex picture spot, which has more vegetation around the rex and looks great 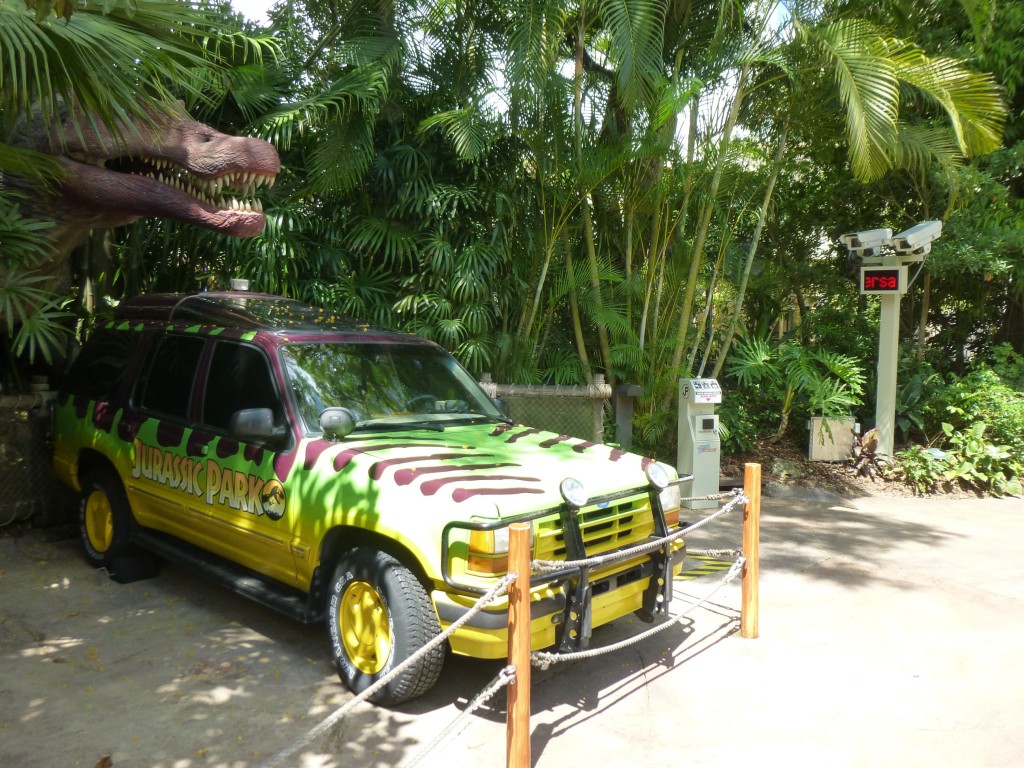 While I was there I noticed the Spino picture spot got a new automated Photo-Connect kiosk, like they used to have for the rex, before it was moved for Kong 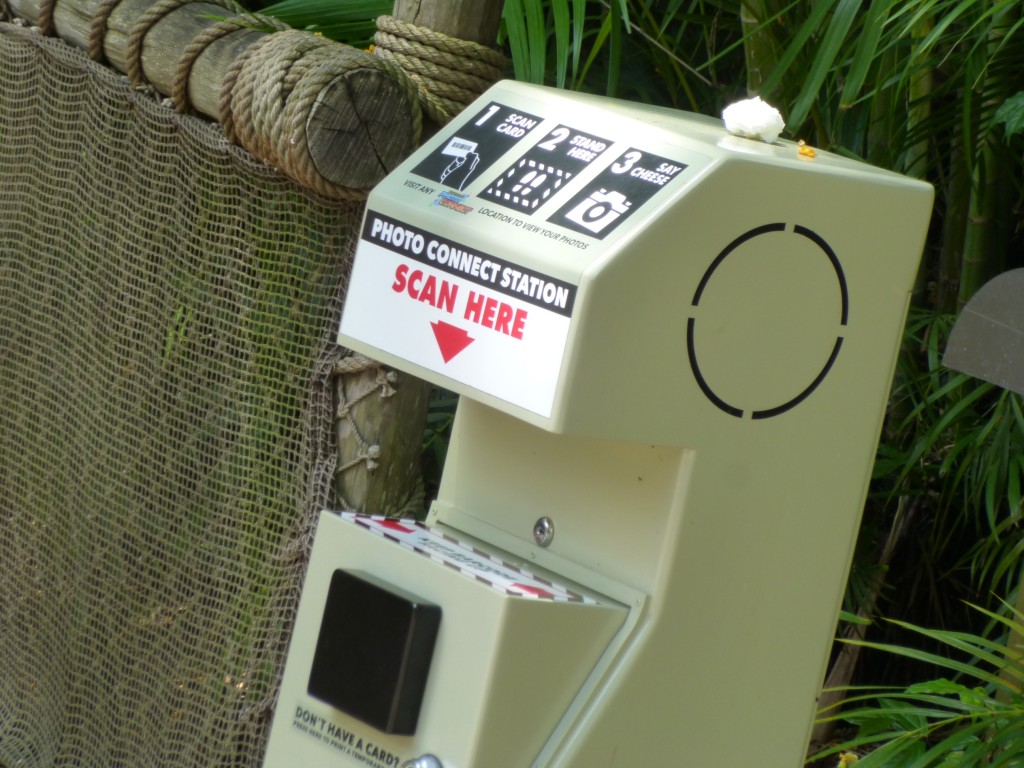 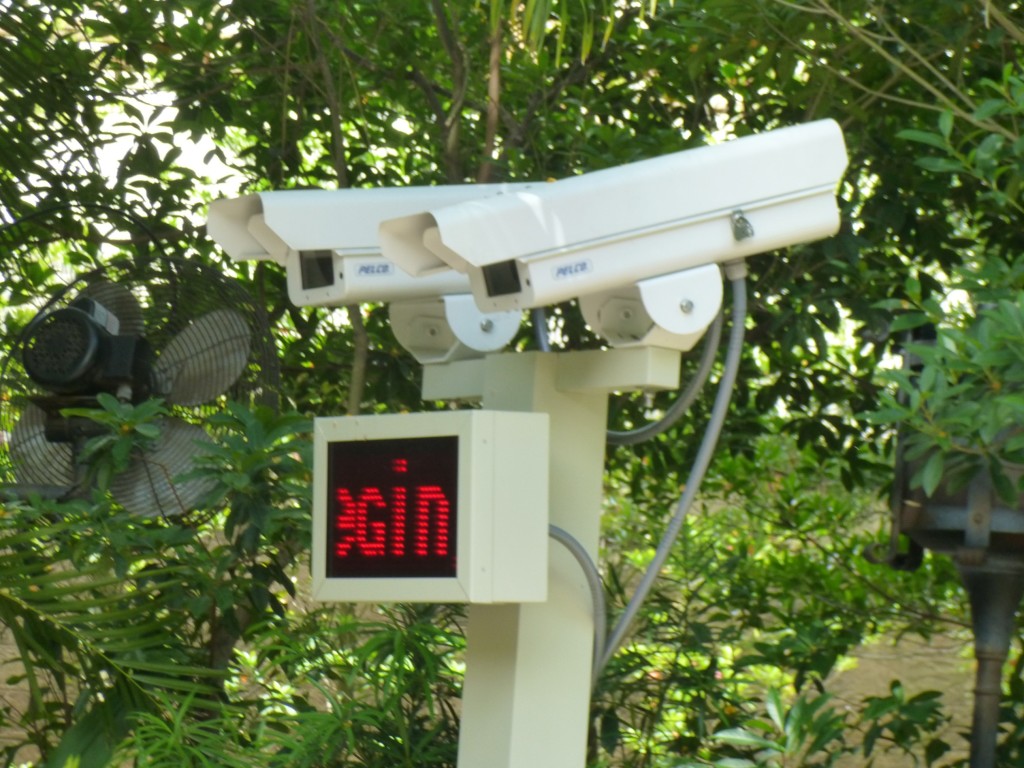 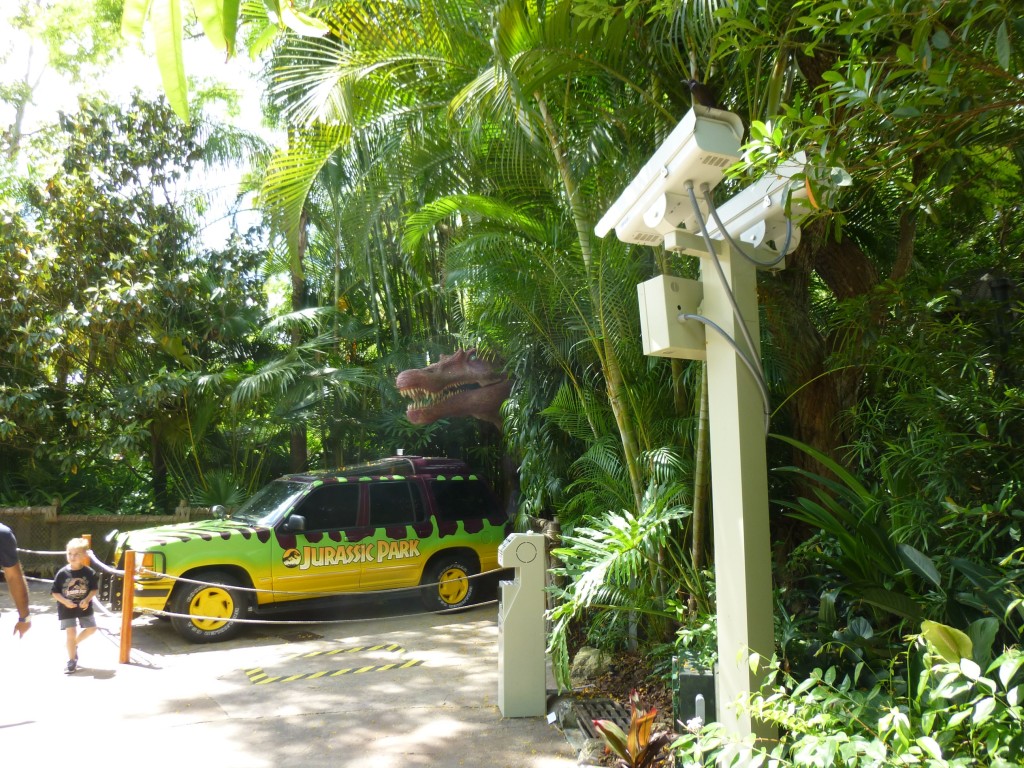 They don’t yet have an example image showing you what it will look like, like they did at the old T. rex spot.

That’s all for now! Be sure to check out my previous post about the rumored Raptor Meet and Greet to learn about the type of puppet or animatronics they may use.

Please note: All images taken from within guest areas only.