With so much anticipation for Thursday’s looming announcement from Universal Orlando, it could be easy to overlook a teensy bit of news flying under the radar regarding another major project currently underway at the resort.

Today saw a new trademark filed for what very well could be the name for the new Jurassic World themed roller coaster being constructed at Universal’s Islands of Adventure. The trademark, which was spotted by the wonderful Universal Orlando Automated Permit Bot on Twitter, is for VELOCICOASTER. 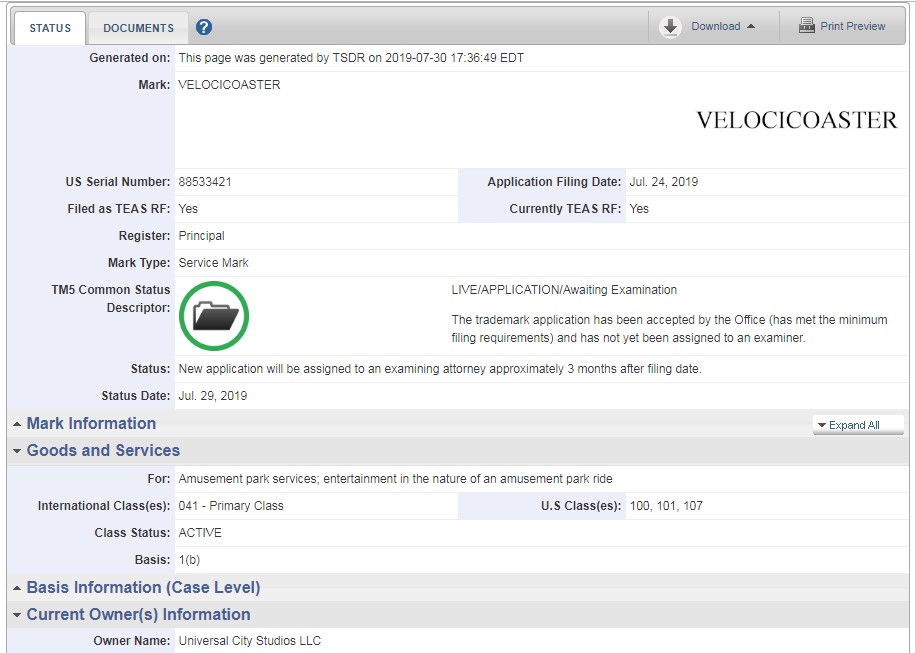 The VELOCICOASTER mark was filed this month by Universal and Amblin, the two companies responsible for the Jurassic World (and Jurassic Park) film franchise. It was registered for the use of “Amusement park services; entertainment in the nature of an amusement park ride,” which is a bit more specific than most trademarks that are filed by the company.

The Jurassic coaster project kicked off earlier this year when work walls went up around several of the areas inside of the Jurassic Park land at Islands of Adventure. A tremendous amount of land clearing has been going on throughout the land to make way for a massive roller coaster.

The proposed coaster layout has it starting in what used to be the Triceratops Encounter area, and then snaking it’s way to the lagoon, passing in front of the Discovery Center, before returning. No attractions have closed for the installation of the new ride, but the Raptor Encounter moved to a temporary location during construction.

While the attraction is said to be an extreme thrill coaster, featuring high speeds and inversions, it is also rumored to contain at least two show scenes. The scenes have been heavily rumored to involve the raptors from the Jurassic World film, most notably Blue. Chris Pratt’s character from the film series, Owen Grady is also rumored to appear on the ride.

The VELOCICOASTER name could work for a ride that is said to feature the velociraptors in some way. It even works as an in-world attraction, taking place inside the Jurassic World theme park, where we are meant to see the raptor enclosure on the ride—when of course, something goes terribly wrong. Check out the video above for more details on what the new ride experience may be like.

The most exciting bit of news for the new coaster happened just recently, when the first pieces of coaster track were spotted nearby. The track is being staged on a section of Universal Orlando’s expansion land, located south of the current resort. This is the same area where track for the Hagrid coaster was kept. Just like the Hagrid ride, this track appears to also be manufactured by Intamin. Unlike the Hagrid ride, this new Jurassic coaster is rumored to be a much more intense experience.

With a fast coaster featuring the velociraptors, I’d say it’s a good bet that’s exactly what the new VELOCICOASTER trademark was registered for. Of course, until officially announced, the name could change. In fact, Universal Orlando has yet to even announce that they’re in fact building a new roller coaster at the resort. I wonder if that will be yet another surprise for Thursday’s press conference. Only time will tell.

The new coaster is rumored to be opening by Spring 2021 at the latest. If you’re thinking about booking your next trip to Universal Orlando, request your free vacation quote from our good friend Elizabeth at Destinations in Florida. She can help you get the best deals on tickets, your on-site hotel room, and more — and her services are completely free! 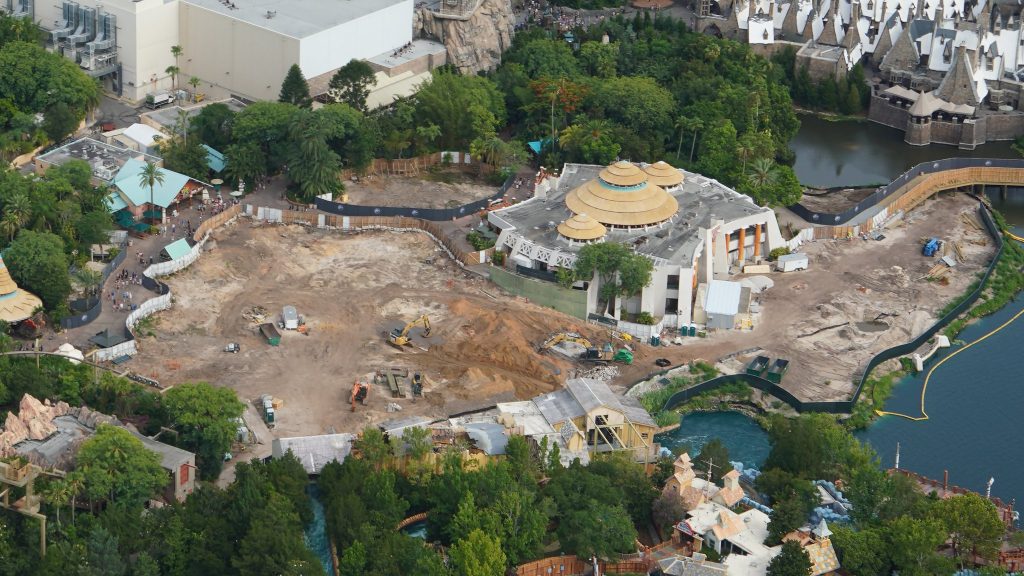 Stay tuned for more news on this exciting new coaster as it happens! Subscribe to the news feed or enter your email below to never miss an update. Track Layout by Alicia Stella/Orlando ParkStop | Other images as captioned