As we discussed on episode three of our podcast all about the new park for Universal Orlando, Universal Classic Monsters has been on the short list for one of the ‘worlds’ of the new park. Now, due to what appears to be another leak from that town hall meeting late last year, we’re getting some actual evidence of such a land. 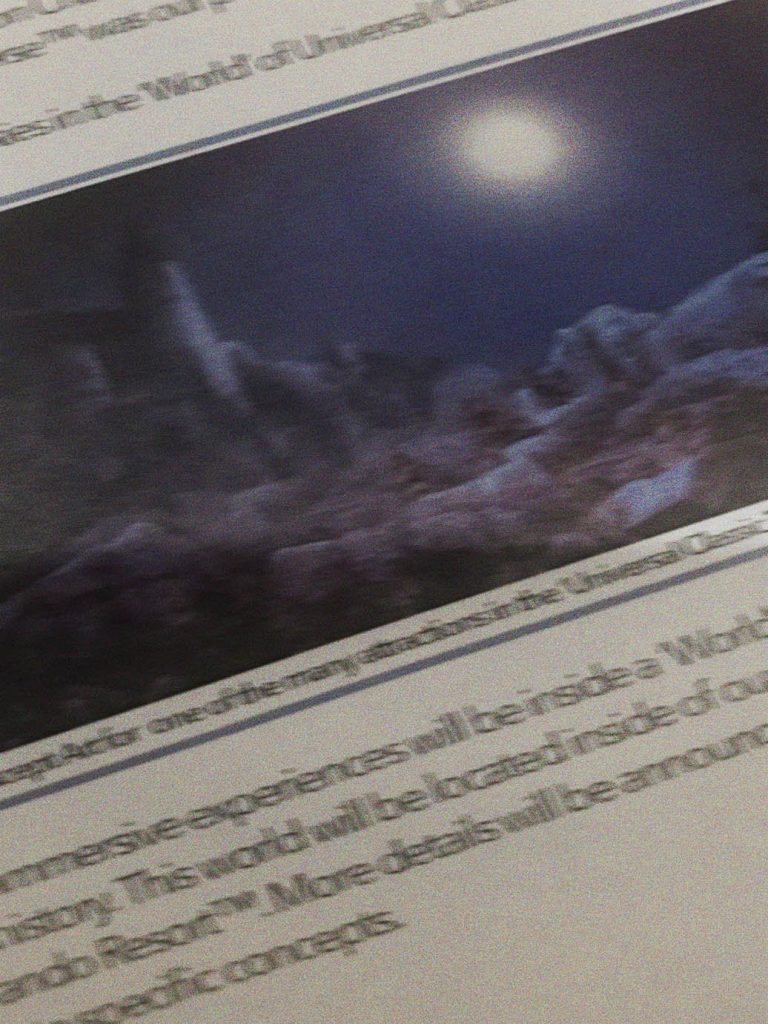 As best I can tell, this image appears to show a rendering of Dracula’s Castle. It looks reminiscent of the old classic Dracula film style for his castle, but appears to be a new rendering, in color. See a screen capture from the original film below for comparison.

Just like the others, the leaked photo was taken up close and appears to have been shot quickly, with some motion blur. I’m sure you remember my patch job of the separate images for the other page in my previous article. Unfortunately, this is the only image from this page that we have available. (Although, another page was released as well, not about the new park though. You can see it below.) 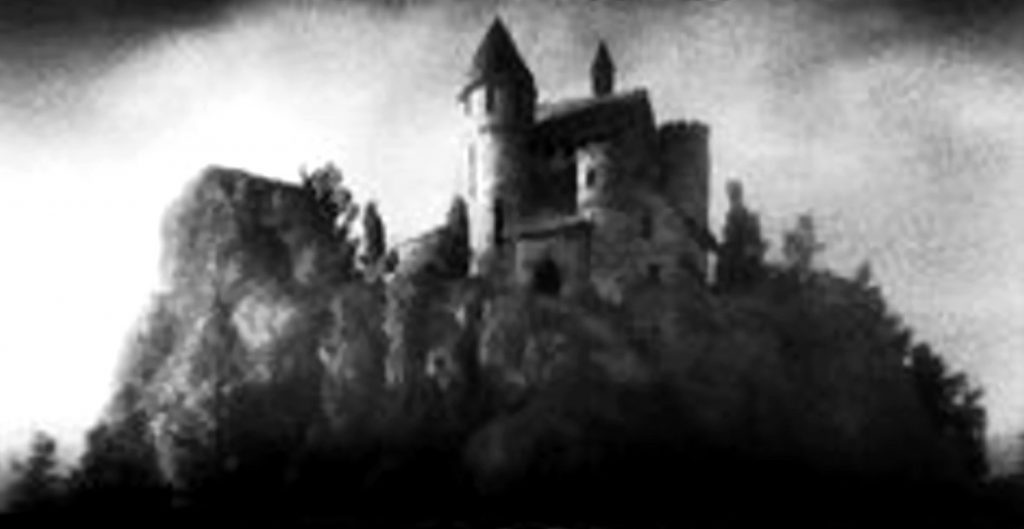 Dracula’s Castle, as seen in the 1931 Universal classic film

I have heard rumors for a few Classic Monster attractions that we may see at Universal Orlando’s new theme park, now in development near the Orange County Convention Center. Ride and attraction rumors range from everything from a show of some type or walk-through maze attraction, to a high-tech dark ride and even a boat ride based on the Creature from the Black Lagoon.

While attempts to reboot the Universal Classic Monsters for a modern audience have fallen flat in recent years, a new film helmed by Jason Blum was recently greenlit: The Invisible Man. While previous attempts at jump-starting a so-called “Dark Universe” have failed, maybe partly because they were trying too hard to cram too much lore into one film (Tom Cruise’s The Mummy,) it sounds like this new film will instead focus on telling a good story first.

The company owes a great deal to the Universal Classic Monsters. After all, it was their inexpensive budgets and huge successes at the box office that helped keep the company afloat in the 1930s and beyond.

Currently, their only presence at the Orlando parks is a quick service restaurant, Revenge of the Mummy roller coaster (based on the 1999 Brenden Fraser version,) and a small exhibit in the lobby for the Horror Make-Up Show at Universal Studios Florida. There was a show called Beetlejuice’s Graveyard Revue that starred many of the monsters, but it closed recently to make way for Fast and Furious Supercharged. Of course, in the park’s early years guests could get their photo taken with Frankenstein’s monster at the park as well. 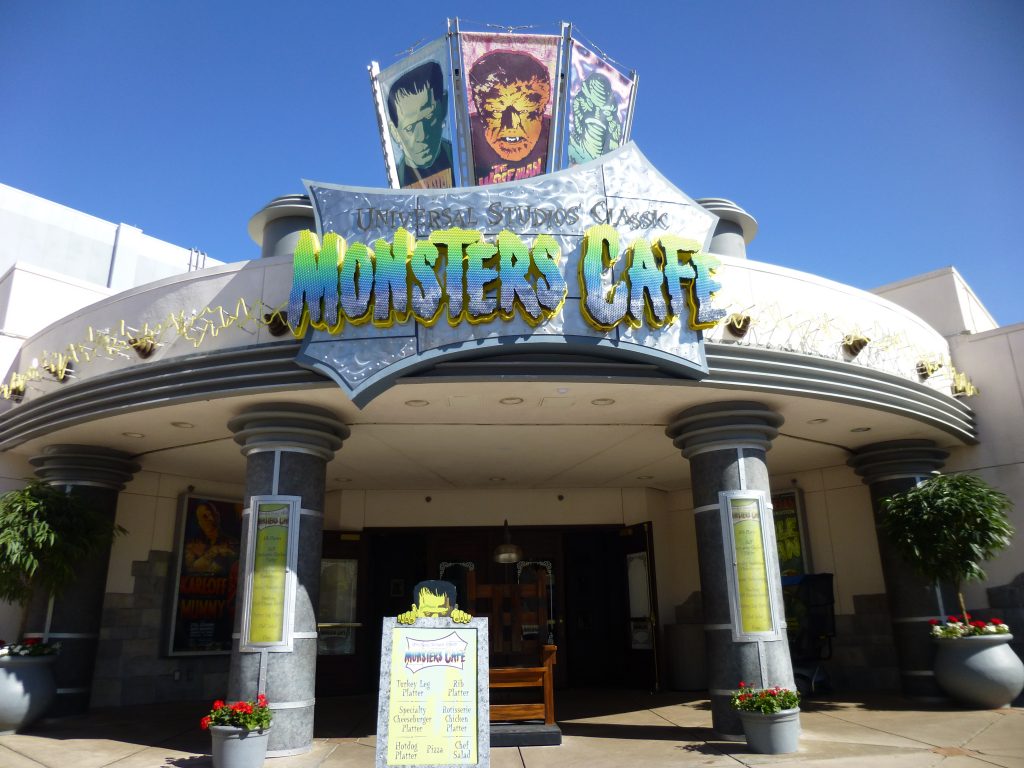 It has been rumored that a land featuring the Universal Classic Monsters at the new theme park would be based on the original designs and aesthetics of the classic films. That would help the rides and attractions feel timeless for sure, especially in a climate where so many film universes are struggling to launch or remain relevant (outside of Marvel).

I have heard, however, that if there were budget cuts, or another, better idea comes along, the Classic Monsters world for Fantastic Worlds would be the first to go. I fear that this would be the new park’s Lost Continent in a way, and could be squeezed out over time — or even before the park is built. Let’s hope not, because I believe these guys are owed their time to shine at Universal Orlando!

Before concluding, I do have one other leaked photograph to share. This is supposedly one of the pages from the handout that comes before the pages about the new park. It talks a bit about the last year for the Universal parks. While it is too blurry to read entirely, we can see that it recaps every milestone at the Universal resorts in 2018.

There are mentions of the new DreamWorks Theatre opening in Hollywood, the Nighttime Lights at Hogwarts Castle show opening at the parks, and the new Aventura Hotel and Fast and Furious Supercharged opening in Orlando. It even lists smaller accomplishments like the new Minions character breakfast opening at Sapphire Falls. 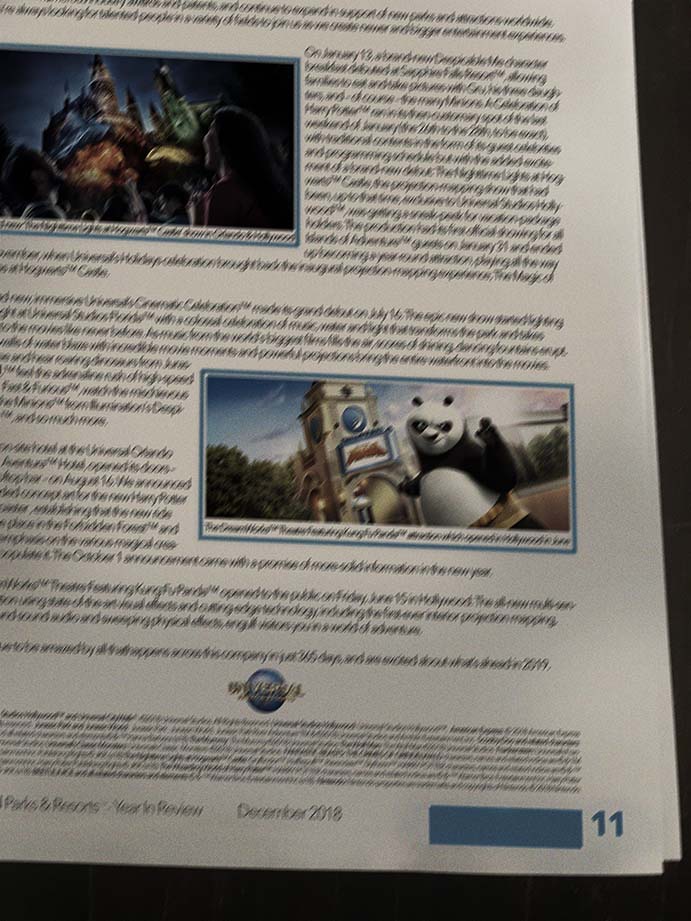 Leaked page detailing what happened at Universal parks in 2018

Of course, we have no verification if these images, or the previously released 4th gate documents, are in fact real, and nothing has been confirmed by Universal Orlando. We believe these photographs are from a visual aid handout from a Comcast employee town hall that took place back in December of last year. Without confirmation however, this should all be considered rumor and speculation at this point.

What do you think of the documents? And would you like to see a world of Universal Classic Monsters come to Universal Orlando’s new theme park? Let me know in a comment below, and check out the previous article featuring more leaked details for the new theme park!