It’s official! During The Walt Disney Company Q1 earnings call, CEO Bob Iger has shared that Pandora – The World of Avatar will open at Disney’s Animal Kingdom on May 27, 2017. (It was also announced that the Star Wars-themed land at Disney’s Hollywood Studios will be opening in 2019.)

As you’ve probably seen if you’ve been paying attention to our construction updates, this new immersive world will feature floating mountains, bioluminescent plants, and two brand new attractions. We know the rides will be a river adventure (dark boat ride) through the bioluminescent jungles of Pandora, and a Soarin’ type simulator ride where we get to ride a Banshee, the flying dragon-like creatures of Pandora. 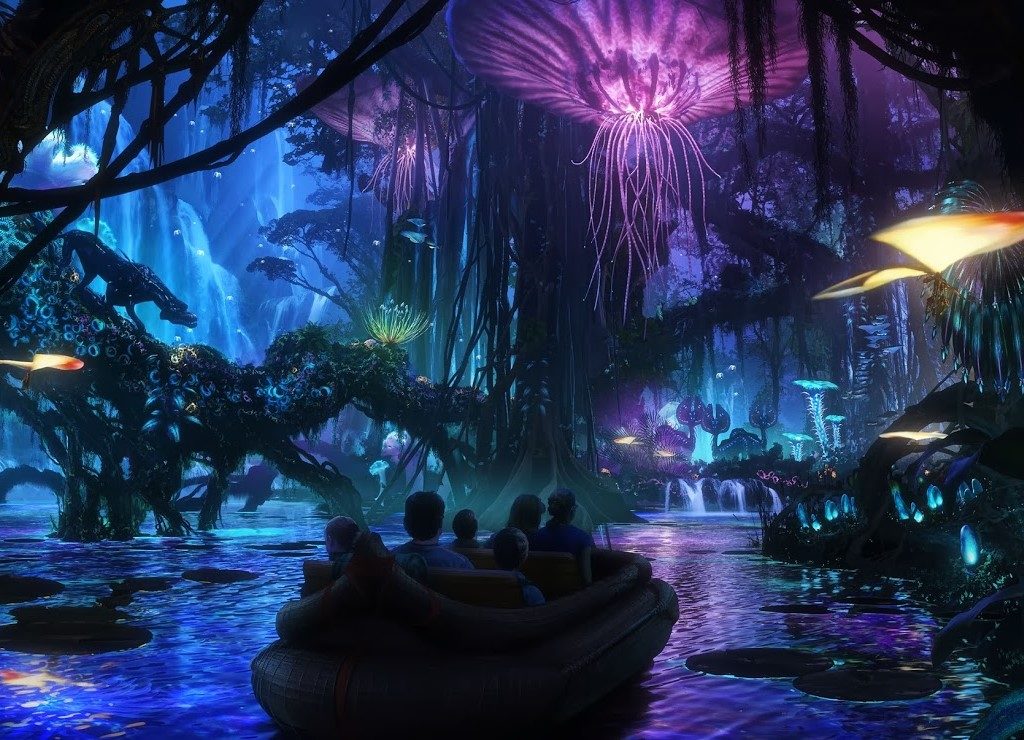 Check out our continuing construction coverage here, and read below for more details about this new land and the rides! 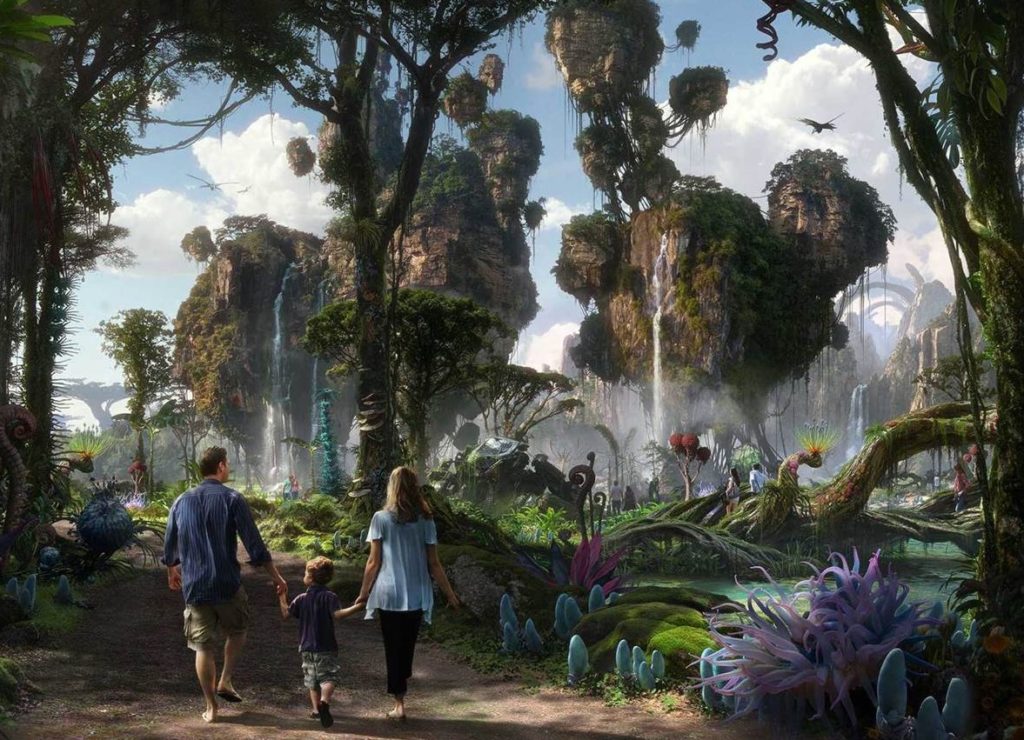 About Pandora – The World of Avatar

This new land will transport guests to the visually stunning world of Pandora. Here, guests will wonder at floating mountains and bioluminescent plants, and can join the Na’vi on two excursions that take adventure to the next level.

First, the family friendly Na’vi River Journey will send guests through a bioluminescent rainforest. Their journey will end in an unforgettable encounter with a Na’vi Shaman, a figure who has a deep connection to the life force of Pandora. And second, Avatar Flight of Passage will offer guests the jaw-dropping experience of exploring the world of Pandora atop a Banshee.

Guests will also be able to dine at Satu’li Canteen, grab a drink at Pongu Pongu or shop for Na’vi cultural items, toys, science kits, and more at Windtraders.

The area is based on the 2009 film “Avatar” by James Cameron. It will feature a storyline that takes place a few years after the events of the first film where Pandora has recovered from the war with humans and is now welcoming guests. Festive, colorful buildings reuse the ruins left over from the war. Guests are transported to Pandora by Alpha Centauri Expeditions, who is offering tours of the now peaceful planet.