Disney recently announced that Walt Disney World Resort and Disneyland Resort will be receiving new services named Disney Genie, Disney Genie+, and Lightning Lane this fall. As part of this announcement, FastPass, FastPass+ and Disney MaxPass services will be retired, with these new services taking their place.

Often referred to as “Paid FastPass,” these new programs will offer more than just skip-the-line options, but it starts to get confusing when you dig into it. That’s why we’re breaking it down and answering some of the most common questions.

There’s still a lot of smaller details we do not know, (like exactly when these new programs will start,) but we’ll try our best to sort through the noise. And, for our purposes here, we will be focusing on how the system will work at Walt Disney World. Last Updated: 8/24/2021 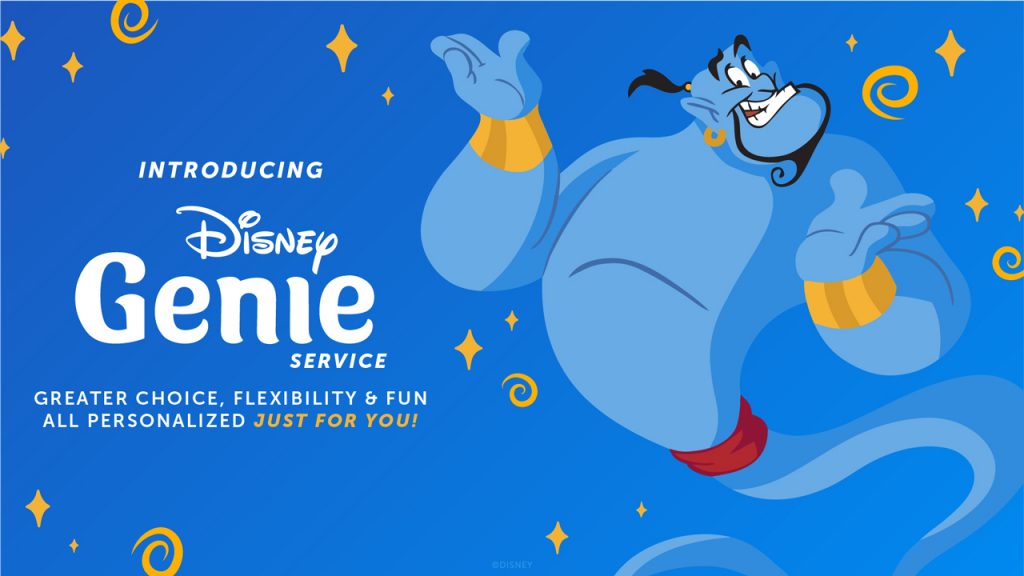 Disney announced a new service that will not only be replacing FastPass for Walt Disney World, but will also add additional features to the existing app to help you plan your day.

Disney Genie will be a FREE service, included in the My Disney Experience app we already use at Walt Disney World. This free service will help you plan your day at the theme parks by showing anticipated wait times for attractions, help you mobile order your meals, and more.

You can pay to upgrade your free service to Disney Genie+ (notice the “+” at the end). Disney says this will cost $15 per member of your party, per day. It is not required for your visit to the parks though, and is an add-on. 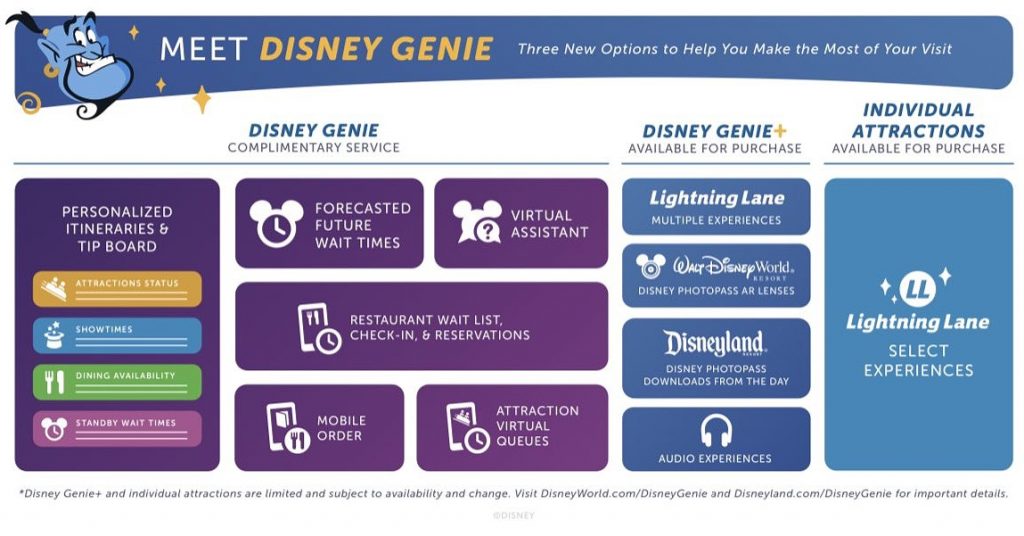 While most attractions will allow you to book a Lightning Lane reservation using Disney Genie+, a couple rides at each theme park will be excluded from the service. These will be the more popular attractions, like Seven Dwarfs Mine Train at Magic Kingdom. To get Lightning Lane entry for these rides, you would need to pay for an individual Lightning Lane pass, which is not included in Disney Genie+.

Those are the basics, but I am sure you have plenty of questions now, (I know I did,) so the next sections will describe each of these services in more detail. If you’re already familiar enough with them, you can skip down to the Frequently Asked Questions below to find your specific question. 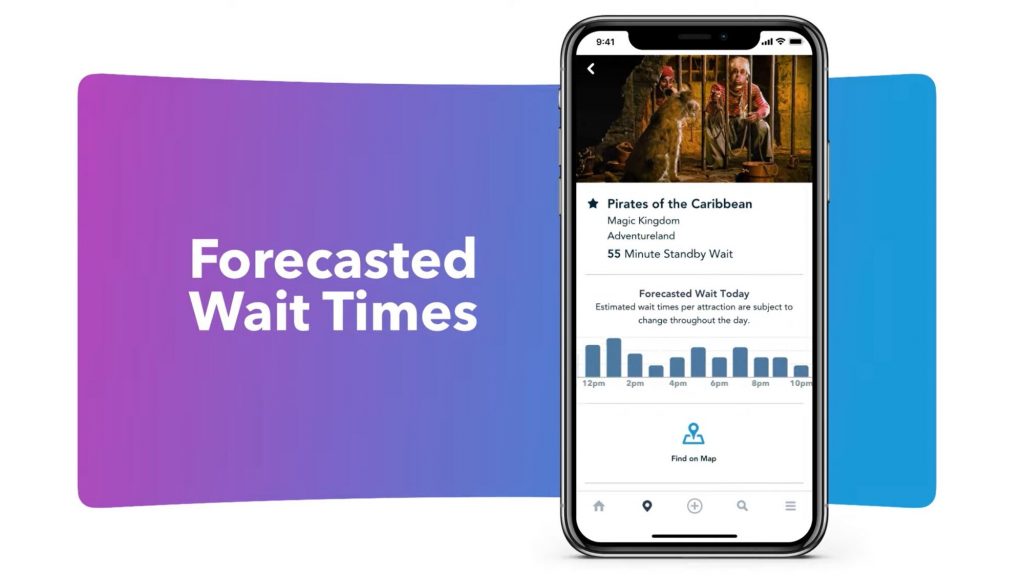 Disney Genie allows you to input your party’s general interests, and will give you personalized suggestions throughout the day.

From specific attractions with low wait times, to when is the best time to place your mobile order for lunch, Disney Genie will help guide you with touring details catered to you.

Here are some of the ways you can use Disney Genie: 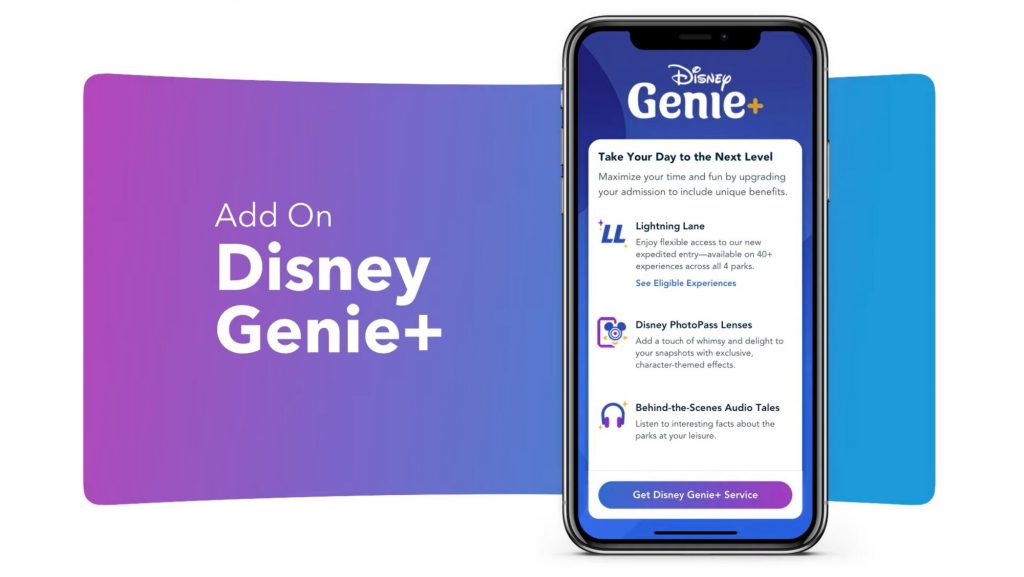 Disney Genie+ is an add-on available for the price of $15 per ticket per day at Walt Disney World Resort.

This optional add-on allows you to utilize the newly branded “Lightning Lane” entrances for most attractions, formerly known as FastPass. You can only make one Lightning Lane selection at a time, and not all attractions are included in the Disney Genie+ price.

Lightning Lane selections can only be made on the same day of your visit, but they can be used across multiple theme parks, suitable for park hopping.

Disney Genie+ also unlocks additional features like augmented reality lenses at the parks and Disney parks-themed audio experiences (whatever that is). 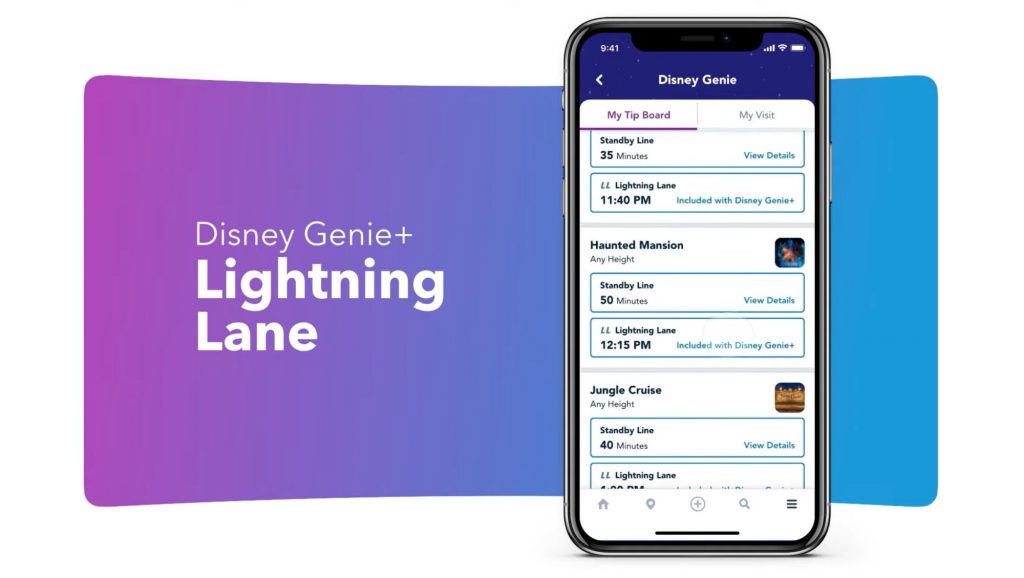 Most Lightning Lane are available in Disney Genie+, but some require separate purchase

Certain attractions will not be included in the Disney Genie+ Lightning Lane selections.

These will include more popular rides like Seven Dwarfs Mine Train at Magic Kingdom and Star Wars: Rise of the Resistance at Hollywood Studios.

For these more popular attractions you can pay to reserve a time for up to two a day, ala carte. You DO NOT have to purchase Disney Genie+ to be able to reserve one of these single attraction Lightning Lane reservations.

Pricing for this option will vary by date, attraction and park and will be announced closer to launch.

Note that attractions marked as “LL Only” will likely not be included in Disney Genie+, and will require separate individual purchase. List originally reported by BlogMickey.

It’s worth noting that all of the attractions listed above will still feature a standby line, except for Star Wars: Rise of the Resistance and (rumored) Remy’s Ratatouille Adventure. These rides will require either a free Boarding Group reservation or an individual paid Lightning Lane reservation to experience. 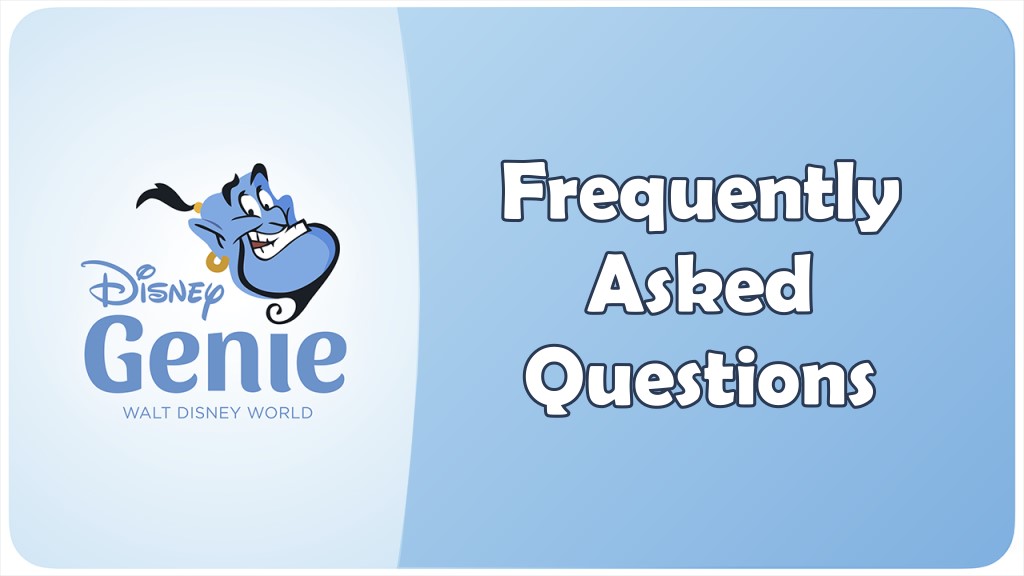 Is Disney Genie required for any reason?
No. You do not have to use this free service if you do not want to. It was designed to help you get more out of your visit.

Where do I download the Disney Genie app?
Disney Genie, (when it launches,) will be inside of the existing Walt Disney World My Disney Experience app we already use.

Why should I use Disney Genie?
The most useful feature may be the forecasted wait times, which can be sorted by your own personal favorites. That way you know when is the best time to get in line. (This still remains to be seen as the service is not yet currently live at time of writing.)

How much will Disney Genie+ cost?
Disney says the service will be $15 per day per ticket holder at Walt Disney World. (This may change in the future.)

Where do I purchase Disney Genie+?
When it launches, you will be able to activate Disney Genie through the My Disney Experience app, and pay to upgrade it to Disney Genie+ through the app as well. (Your theme park tickets will need to be linked to the same account.)

Will everyone in my party need to manage their own reservations using their own mobile device?
No. Just like the rest of your vacation planning, you can manage Lightning Lane reservations, and other Disney Genie features, for your entire party using one account on the app. Be sure everyone’s park tickets are connected to the same account prior.

Can I reserve all my Lighting Lane reservations for the day in advance?
No. You will only be able to make one ride reservation at a time using Disney Genie+. Once you use one, you can make your next one.

Am I limited to reserving Lightning Lane for attractions only in the same park?
No. You can reserve your next Lightning Lane reservation for any park, suitable for park hopping.

Can I still ride attractions I DO NOT have a Lightning Lane reservation for?
Yes. You can still get into a standby line for any attraction, (except for Star Wars: Rise of the Resistance and (rumored) Remy’s Ratatouille Adventure, which require a Boarding Group).

Will Disney limit how many guests can purchase Disney Genie+?
Disney has not confirmed this information, but it’s possible that the number of total Lightning Lane reservations per attraction will be limited, similar to FastPass reservations. Because of this, passes for certain attractions will run out sooner than others. You may want to consider that before purchasing Disney Genie+ later in the day.

How much will individual Lightning Lane reservations cost?
Disney has not yet given a specific amount, but rumors say they will range from $4 to $24 depending on the date, the attraction, and current demand.

How many individual reservations can I purchase per day?
You can only purchase up to 2 total individual Lightning Lane reservations. Both can be scheduled at the same time. 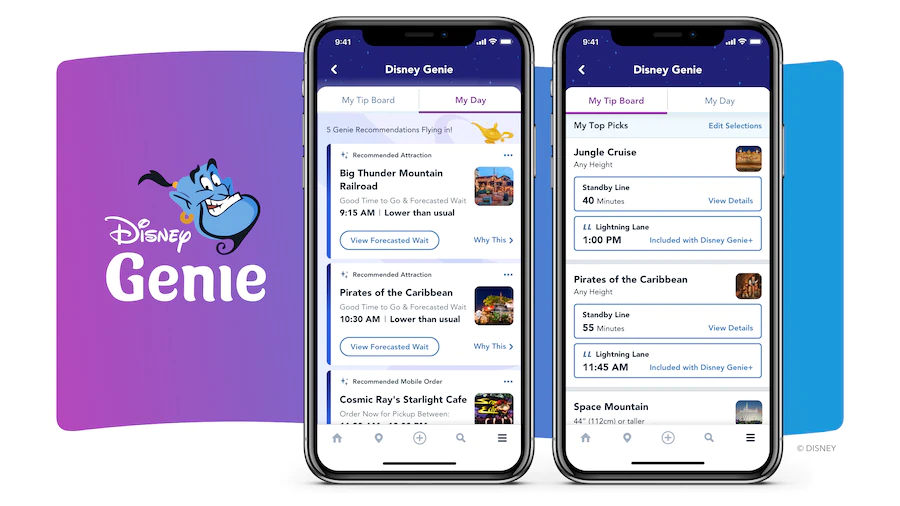 That’s all for now, but let us know in the comments if there’s a question you couldn’t find an answer to above. Some of the details contained in this story are based on rumors or early speculation, and may be subject to change.

We’re still awaiting some key information from Disney, like a start date for these services, so stay tuned for more details as they become available. Last Updated: 8/24/2021

Be sure to subscribe to the news feed or enter your email address below to never miss an update. Official Images: Disney