Guardians of the Galaxy: Cosmic Rewind was first announced at the 2017 D23 Expo. Today, over 4 years later, Disney confirms that the new indoor roller coaster attraction will be officially opening in 2022.

Based on the characters from the Marvel Cinematic Universe, the ride will feature rotating coaster cars, a backwards launch, and of course, iconic music from the film series. UPDATED 9/30/2021 12:20PM with newly released images

The new Guardians attraction is replacing Ellen’s Energy Adventure, which closed just a month after the official announcement in 2017. Cosmic Rewind was originally slated to open in time for the Walt Disney World Resort’s 50th anniversary, October 1, 2021 (tomorrow,) but construction was delayed due to the pandemic. 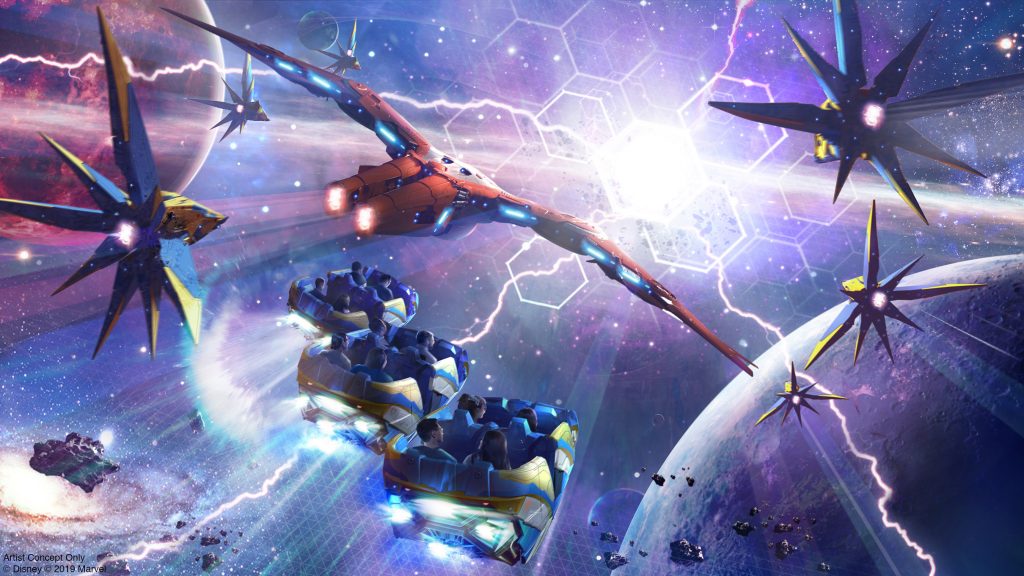 Now, the attraction will open sometime in 2022, which will be within the 18-month celebration window for the 50th anniversary. Disney has not given any more specifics, including a month or even a season in 2022. 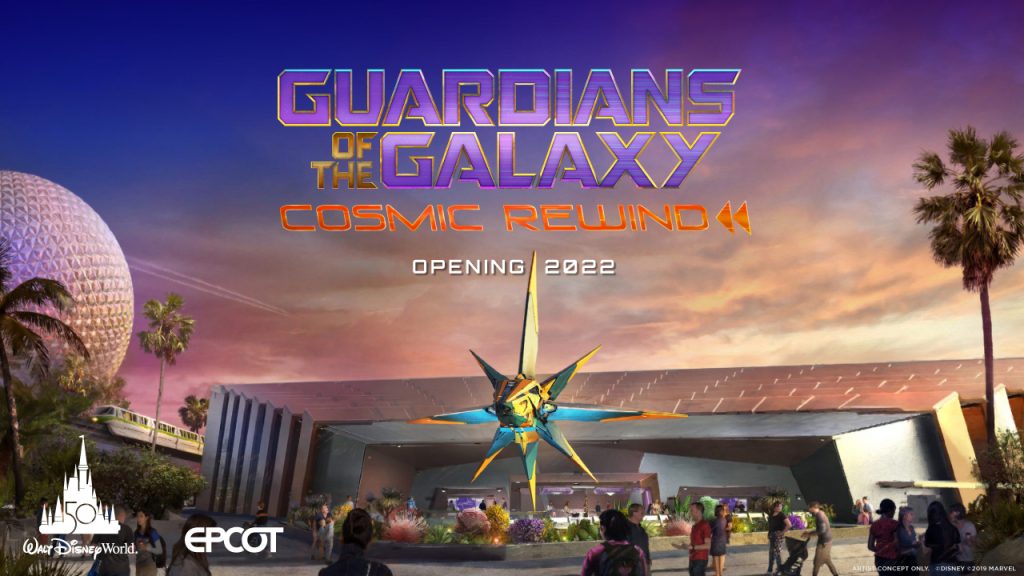 The ride will be located within what used to be known as Future World East, inside of EPCOT. Disney is officially retiring the Future World name this week, in favor of new lands, which they’re calling neighborhoods.

The Guardians coaster is going to be part of “World Discovery,” where “guests will go on journeys of science, technology, space, and adventure.” 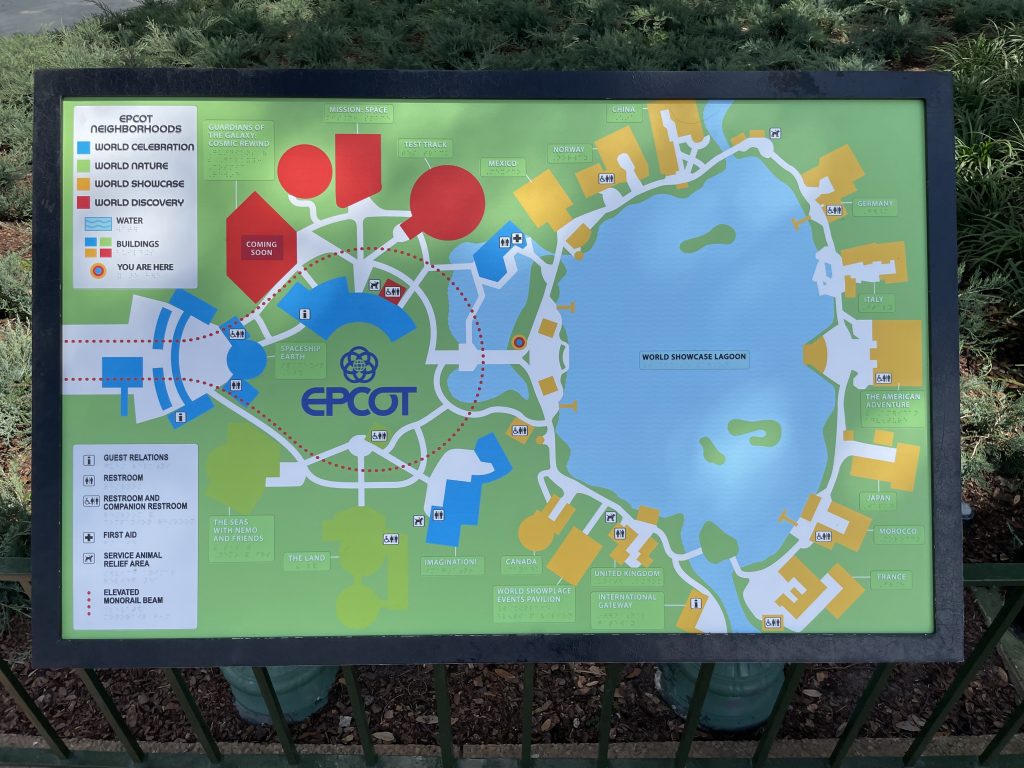 UPDATE: As part of today’s announcement, Disney released a sneak peak from inside one of the queue areas that sets up the story for the attraction. Disney says the story for the ride will have us touring the “Wonders of Xandar pavilion,” where Xandarians show us their world, their people and their advanced technologies.

The photo below shows Imagineers Tom Fitzgerald (left) and Scot Drake (right) standing in the “Galaxarium” area of the queue, which when completed will feature a planetarium-type presentation. 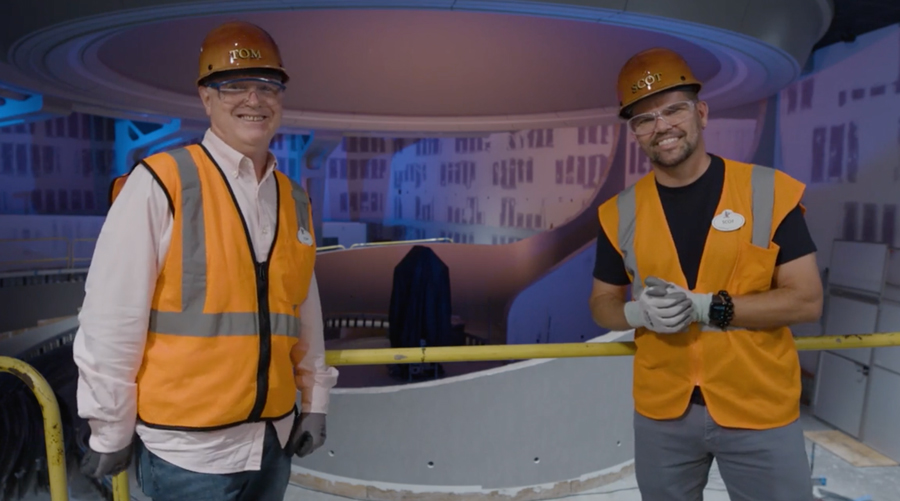 Some members of the press were allowed access inside of the large building that houses most of the new attraction’s roller coaster segments. While photographs and video were not allowed, some have described their experiences on social media.

Ashley Carter, journalist for My News 13 in Central Florida said: “…we were taken into the show building to see the track. Also saw some other visual elements including a large object that looked like a planet with craters.”

Following up on this. We only saw part of the attraction, not the whole thing. But I will say I was impressed by the scale of the coaster. Hopefully we’ll have more Cosmic Rewind details soon… https://t.co/pBZ4ehAKaV

Work is continuing on the exterior of the entrance building for the new attraction. It has also been reported that filming for the ride’s video portions has not yet happened, as it was meant to coincide with filming for the new Guardians of the Galaxy film, which was also postponed due to the pandemic. 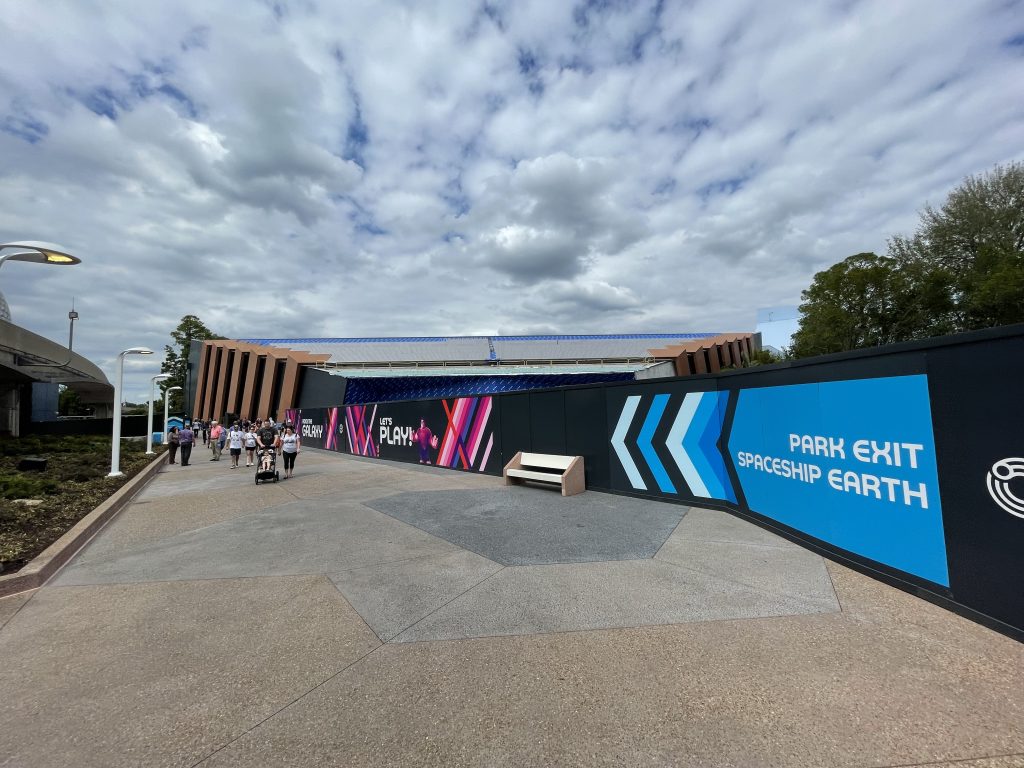 The roller coaster train itself will use a rotating car design, which will allow it to point guests in any direction, sort of like Disney’s omnimover attractions. This could increase the thrill level while also help to point riders towards story elements on the ride. The coaster is not expected to go upside-down during the ride. 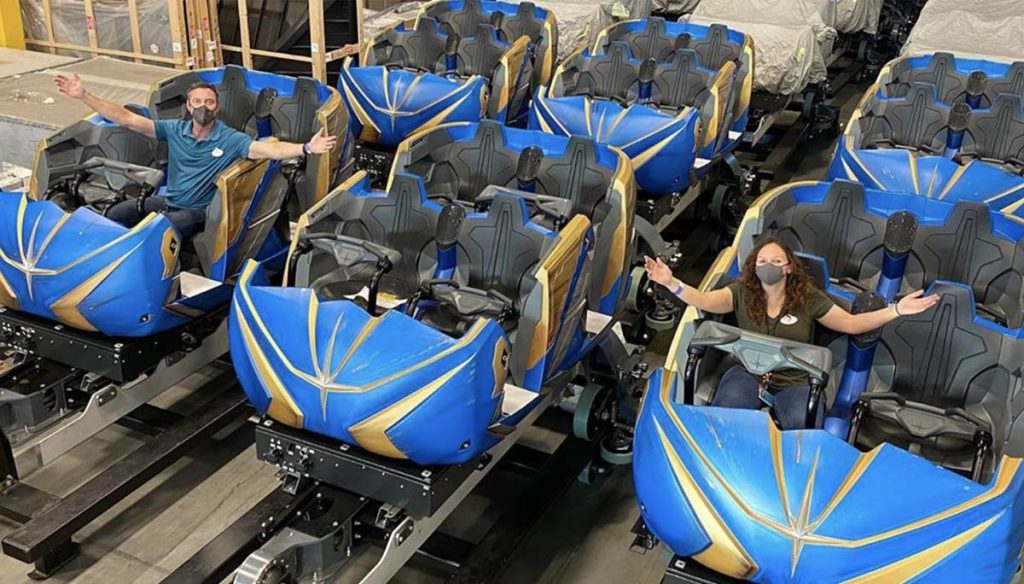 You can learn more about the Guardians of the Galaxy: Cosmic Rewind in our previous “Everything We Know” story and video. And be sure to stay tuned for more theme park news and updates as they happen.