Universal Orlando has released a teaser video showing off the sleek look of the roller coaster trains for Jurassic World VelociCoaster, opening next summer.

The brief piece of footage not only includes some close-up beauty footage of the trains themselves, but also a quick sneak peak at what looks to be official POV video. Check out the video, as well as images and additional details for the coaster below. UPDATED with additional official images. 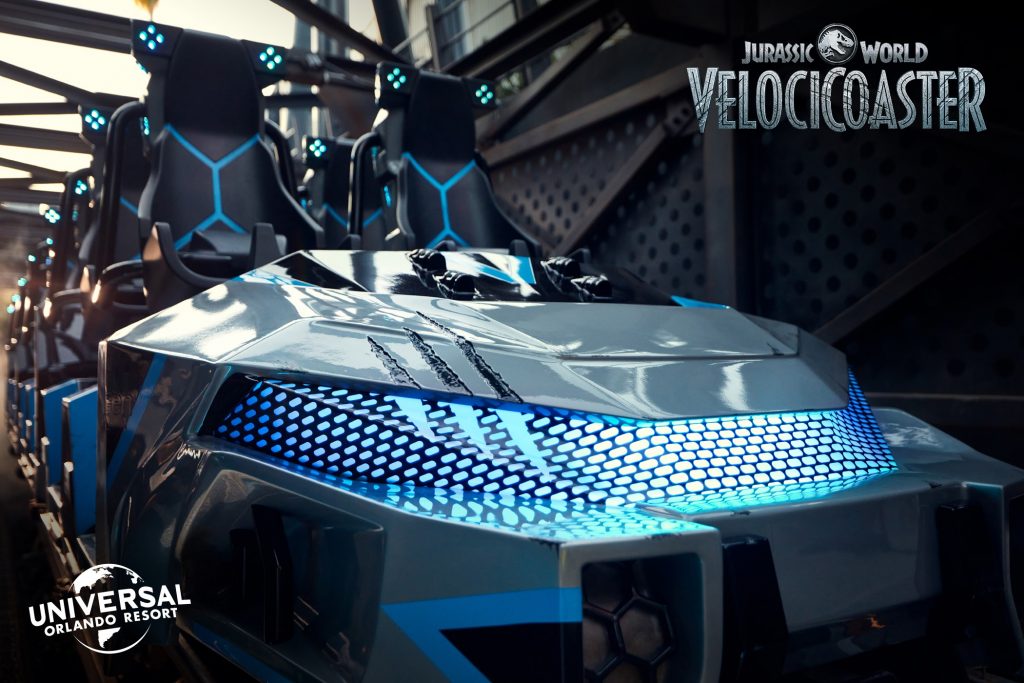 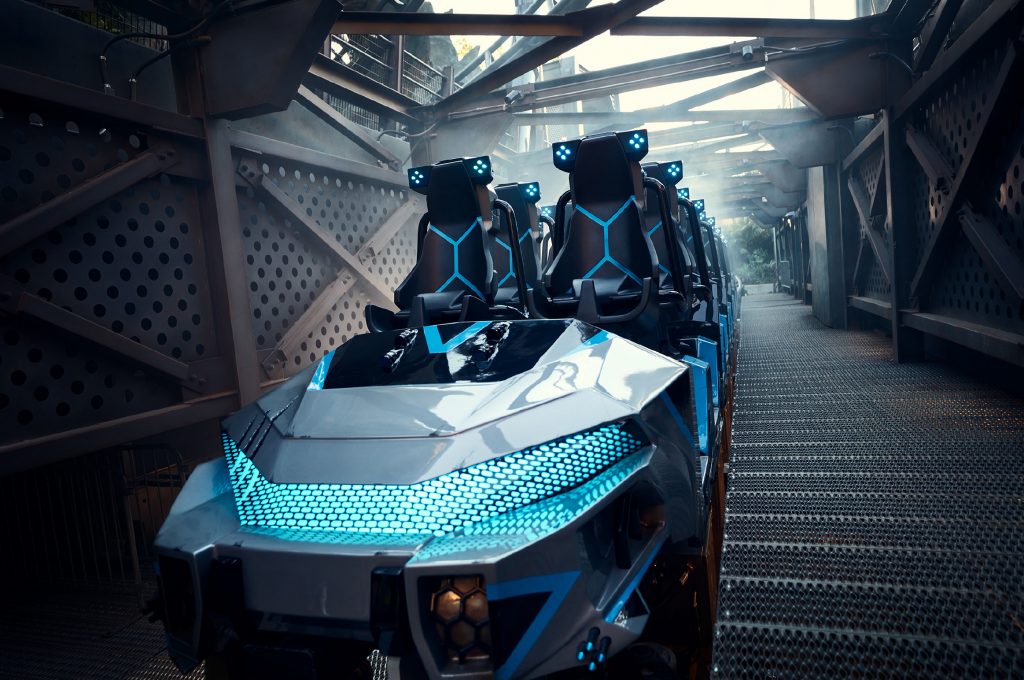 Universal originally shared only concept art renderings of the trains when the coaster was officially announced back in September. Despite seeing the trains in person while pull-throughs and nighttime testing has been going on since, this is the first time the company has released images of the actual train. 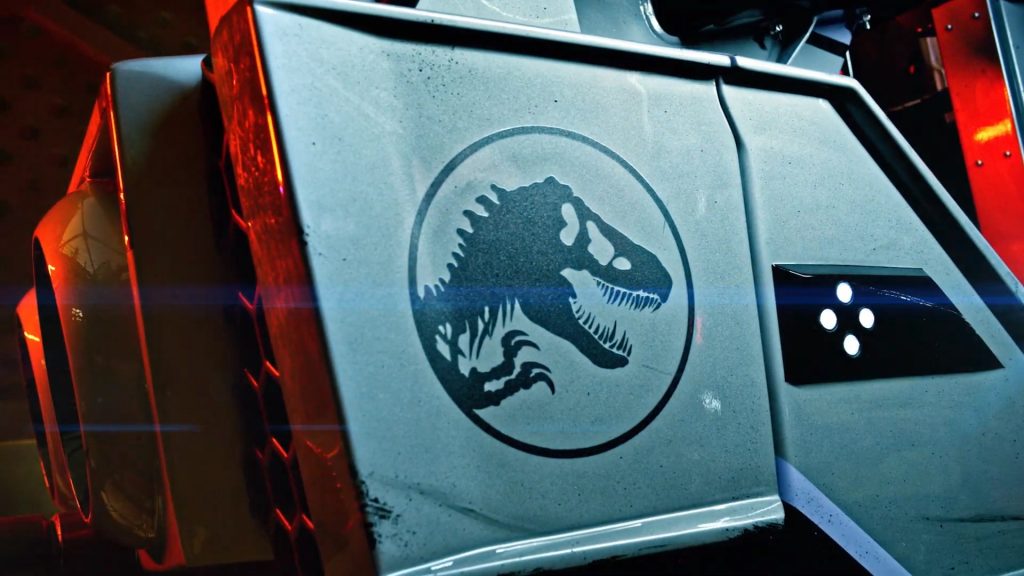 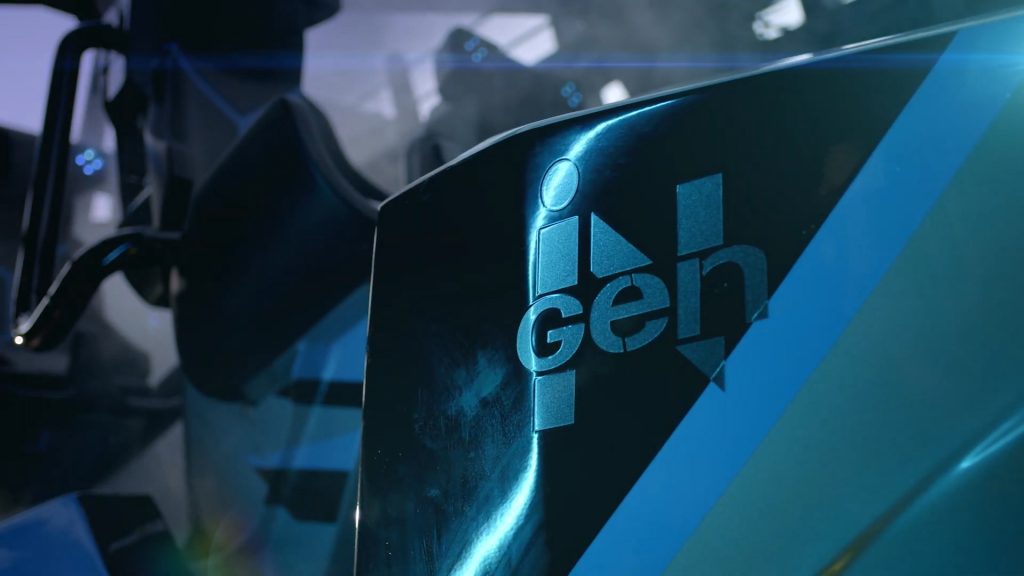 Since the ride is set within the Jurassic World universe, but the land is remaining themed to Jurassic Park around it, you may notice that the trains do not say either franchise name. Instead they feature a generic Jurassic emblem as well as the InGen company logo. That’s the bio-engineering company that manufactures the dinosaurs in both sets of films, so no matter where you’re seeing the trains from within the land, it still fits in! 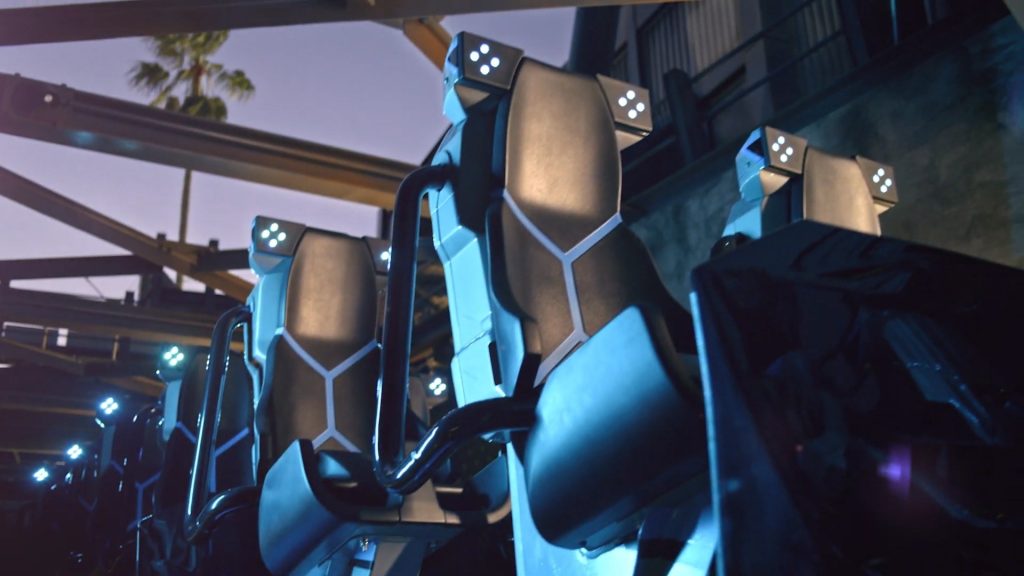 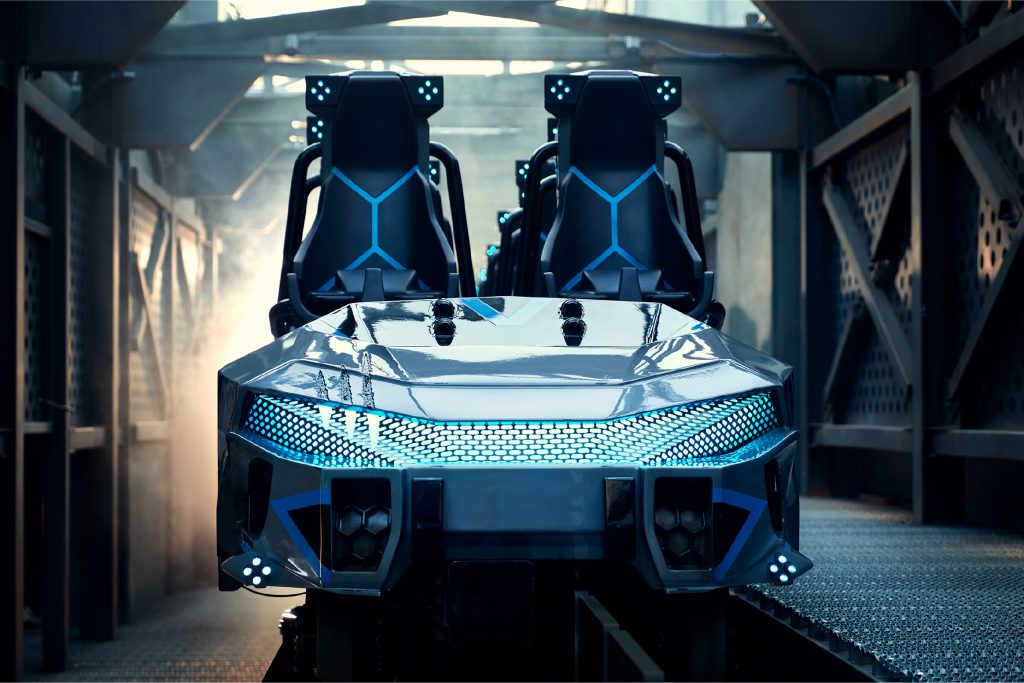 The coaster trains feature plenty of unique details, like some intense claw marks on the front. Plus, they’re sporting some impressive-looking blue LED lighting, including 4-point LED light headlamps beside every head rest. These 4-point lights match lighting effects on the ride as well as the electric fences around its perimeter. 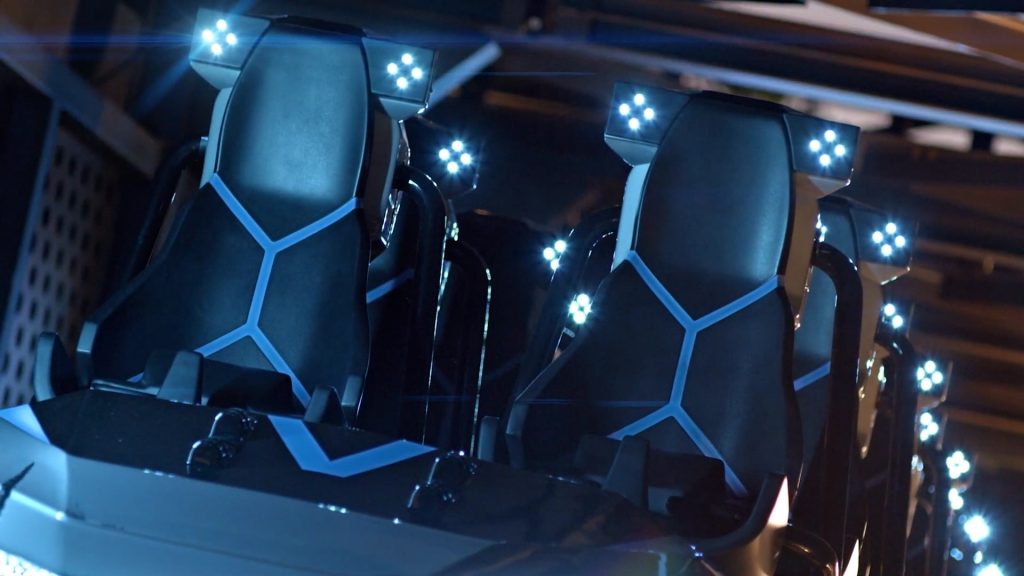 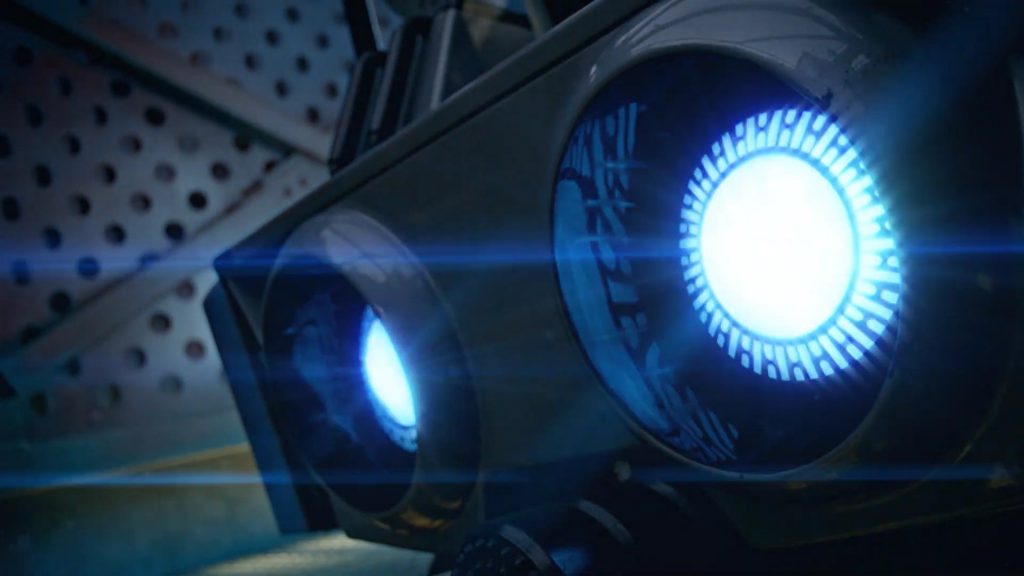 Reaching speeds up to 70 mph and a max height of 155 feet, the VelociCoaster will be Florida’s fastest and tallest launch coaster when it opens next summer. It has a track length of more than 4,700 feet and will feature a total of 12 heart-pounding seconds of airtime.

The trains do not offer shoulder restraints, only a lap bar that is lowered into place, despite the ride including several inversions and a zero-gravity inverted stall that will send riders upside down across 100 feet of track. 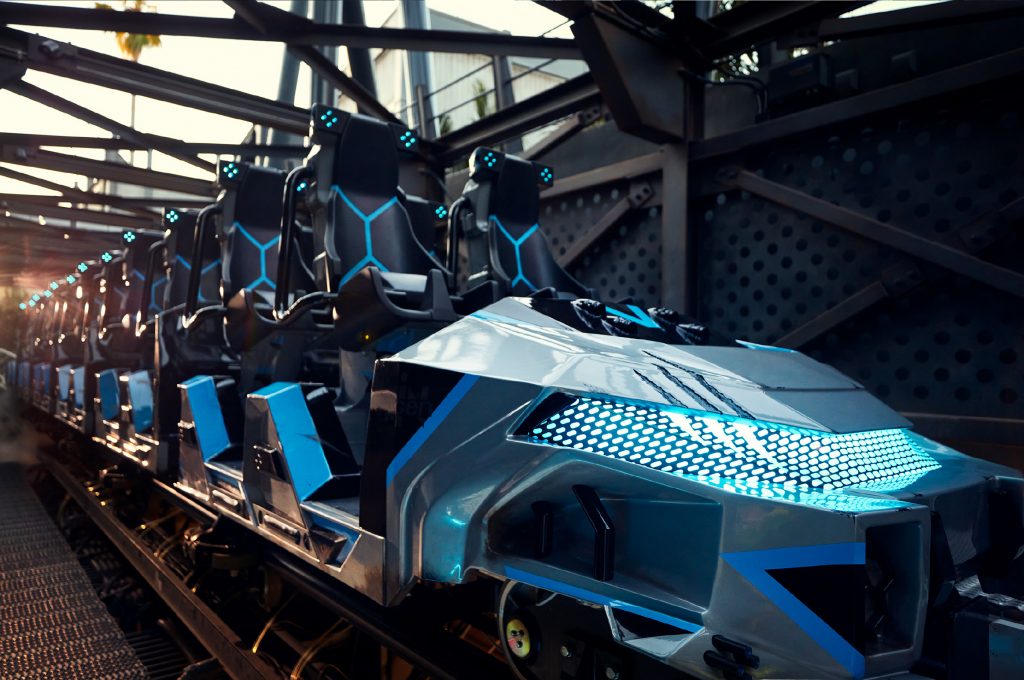 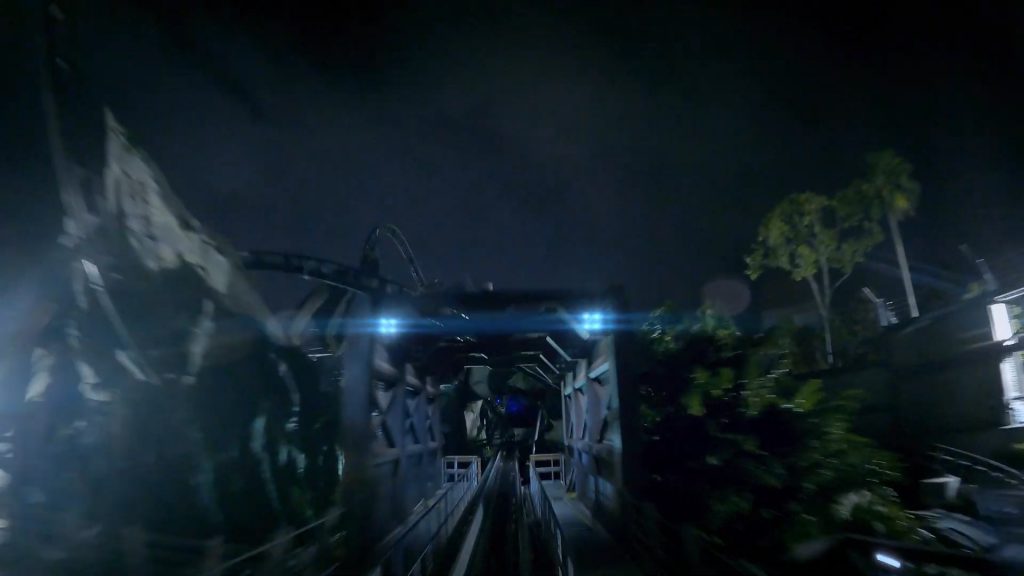 The Jurassic World VelociCoaster is set to open in the summer of 2021. Universal says the ride’s minimum height requirement will be 51″ (129.5 cm) tall. You can learn more and follow our construction coverage by seeing our previous updates here. 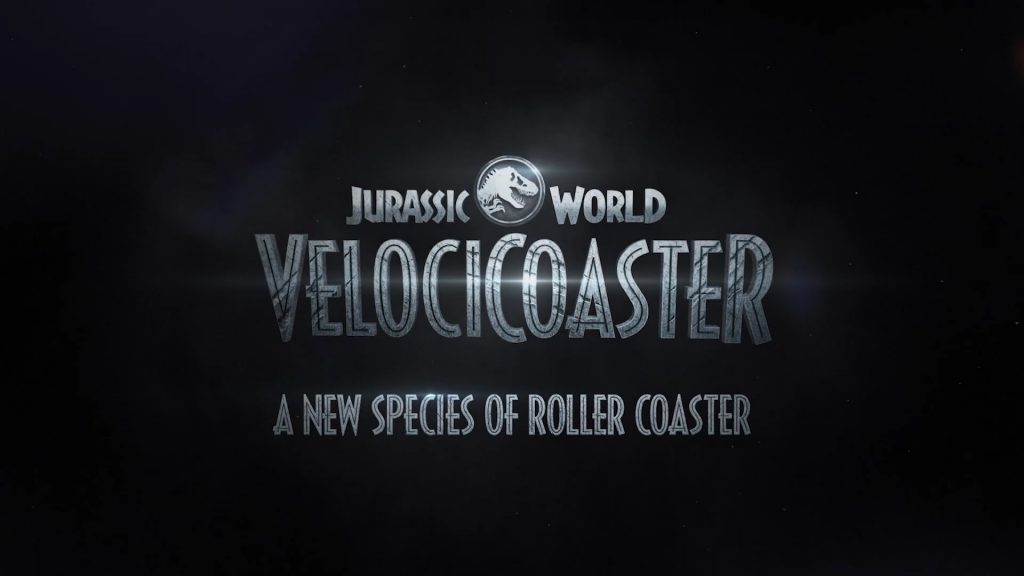