After years of construction and months of anticipation, the Jurassic World VelociCoaster has officially grand opened at the Universal Orlando Resort.

While the new thrill ride has been open most days for the last month for technical rehearsals, today marks its first official day of operation. 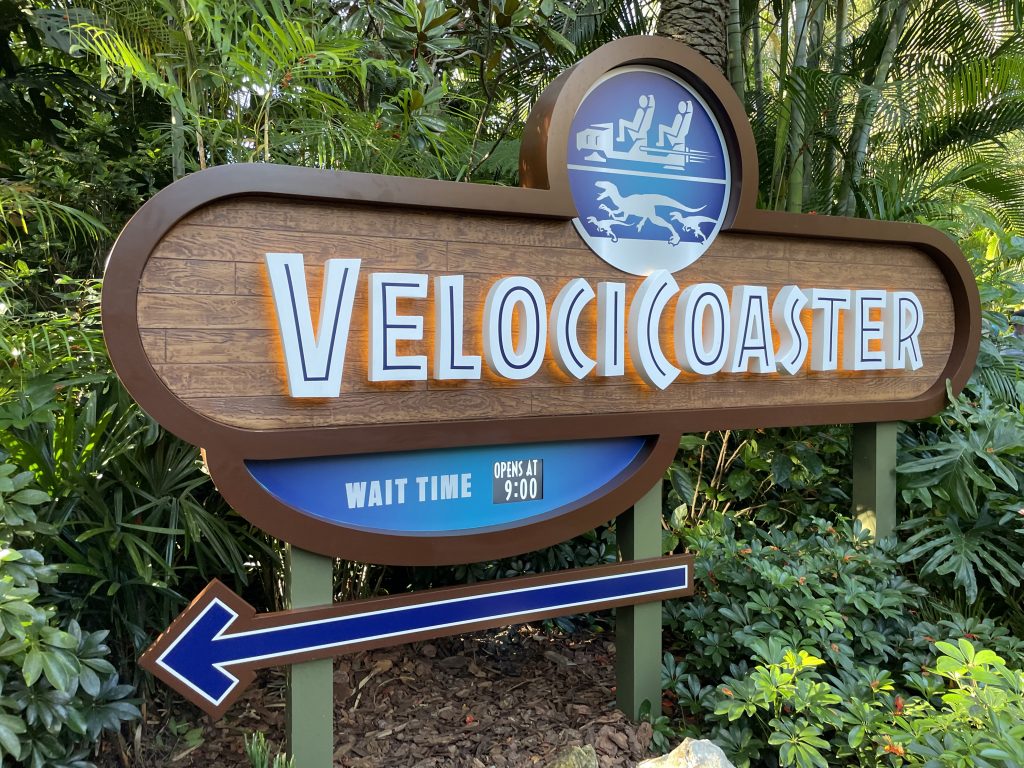 Guests that lined up for hours to be among the first to experience the VelociCoaster on its first official day were treated with a free churro after riding. Which is fitting because when asked what they were building (before the attraction was formally announced,) Universal would joke that it was going to be a “Churro Stand.” Now that the first official guests have received a churro, it looks like they’ve made good on that promise! 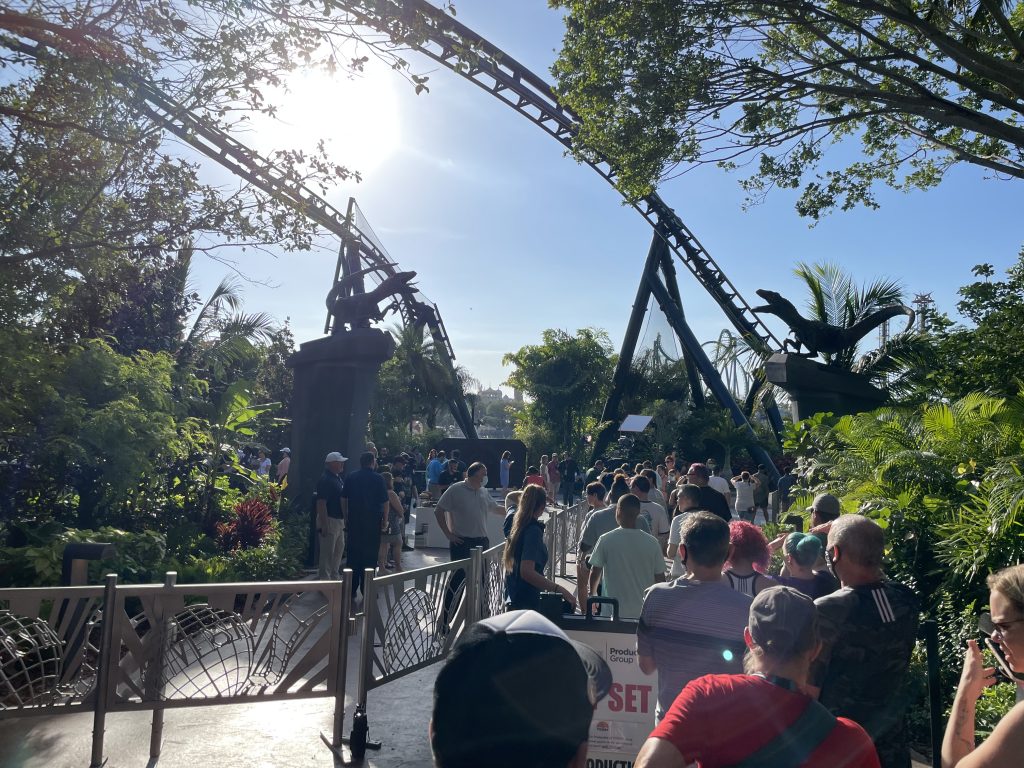 The Jurassic World VelociCoaster, located at Universal’s Islands of Adventure, is a thrilling roller coaster that takes riders up to 70 miles per hour while reaching a maximum height of 155 feet. The ride features 2 coaster launches, 4 inversions, intricate theming, and special effects to make it feel like you are riding through a raptor paddock with hungry raptors. 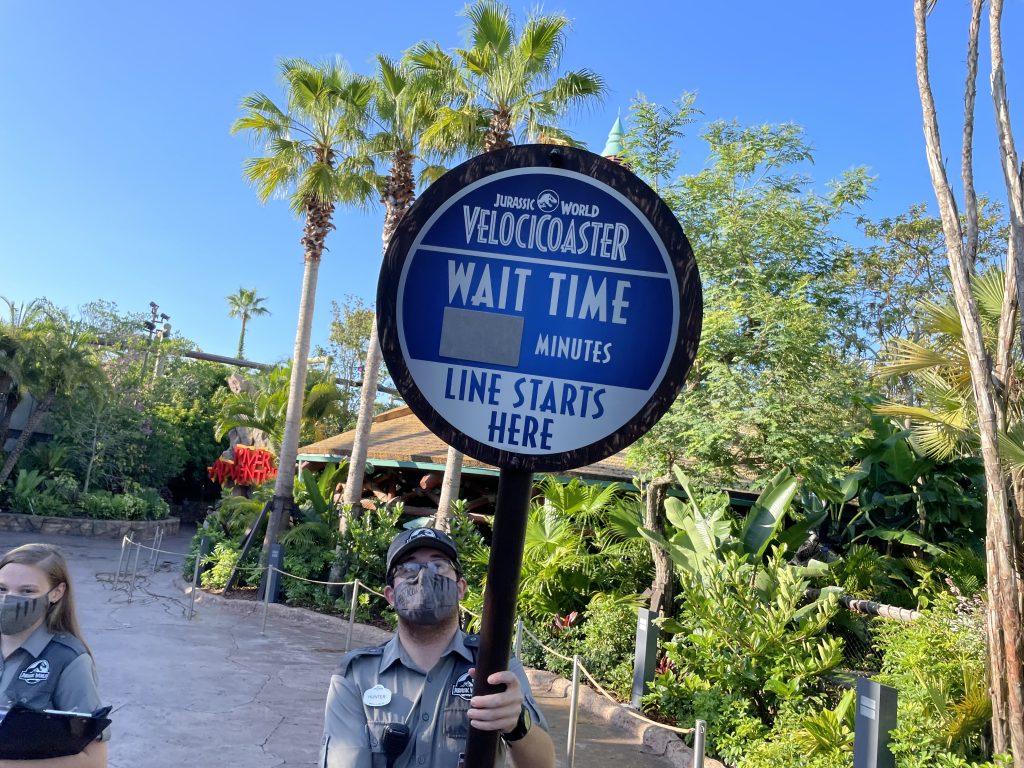 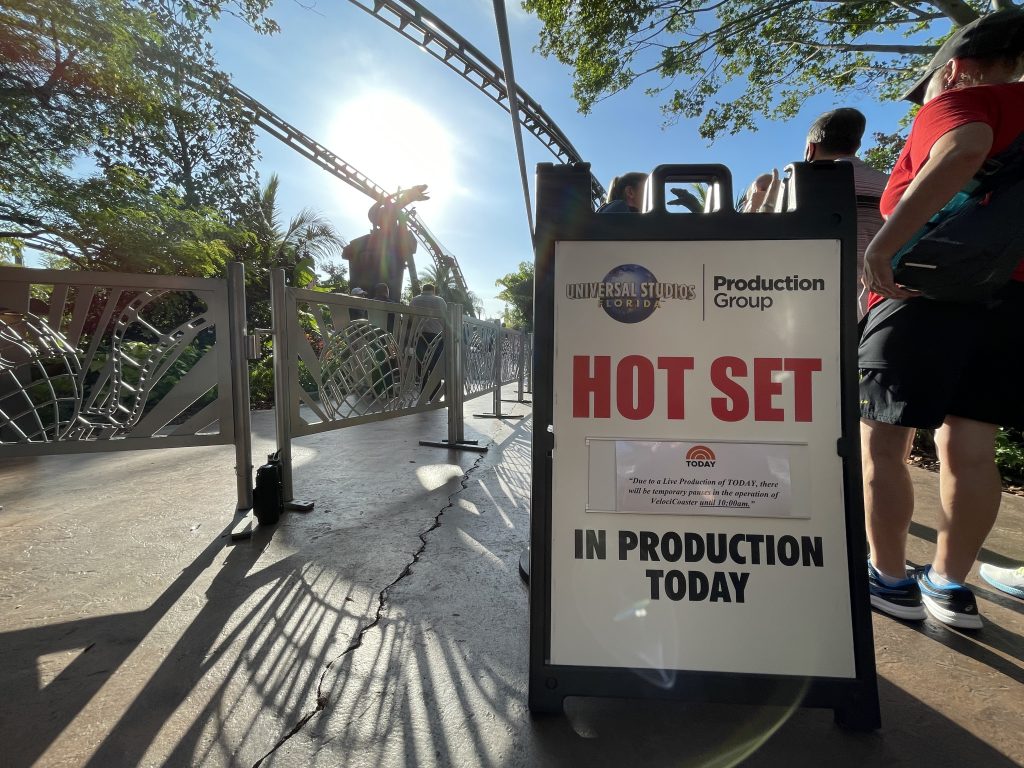 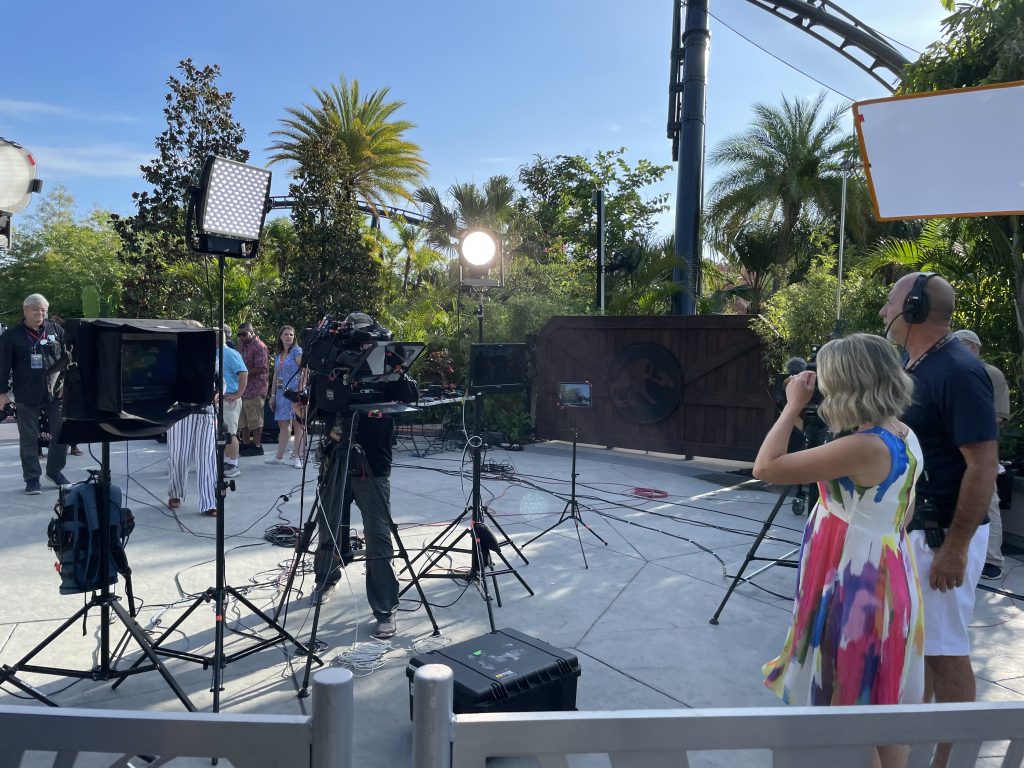 The Today Show was shooting this morning with celebrity guests. Due to the filming there were interruptions in loading the attraction between 9am and 10am. 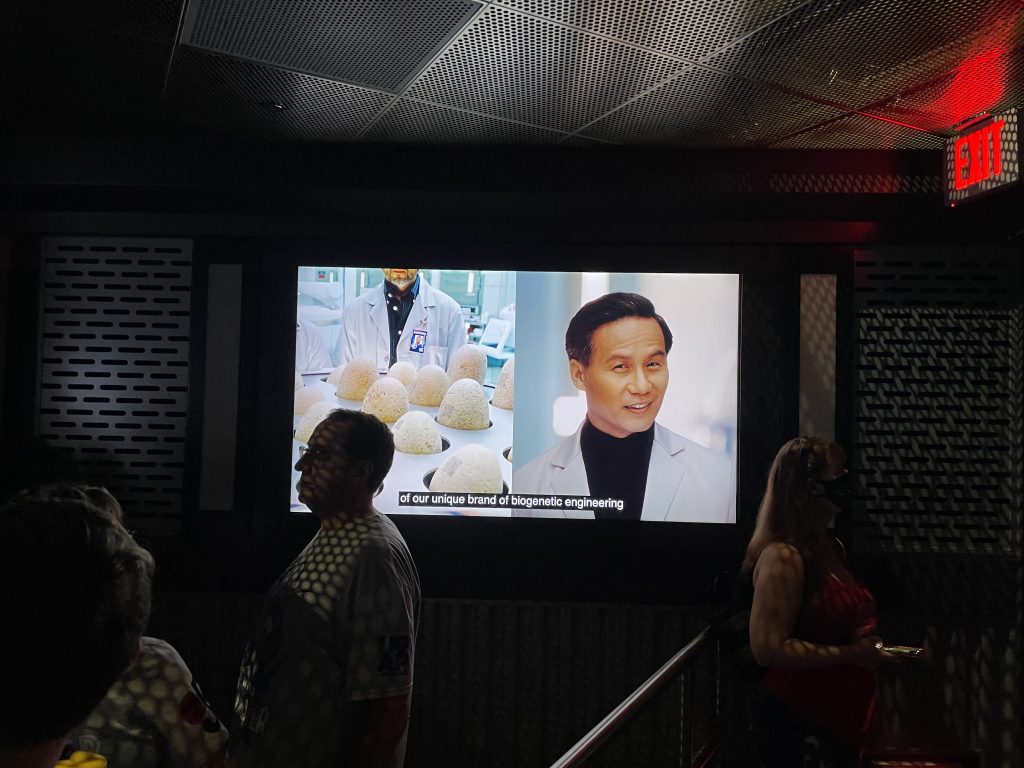 Bryce Dallas Howard and Chris Pratt have reprised their film roles for the ride, as has BD Wong as Dr. Henry Wu.

Fans of the franchise will recognize all four raptors from Jurassic World on the ride as well: Blue, Charlie, Delta, and Echo. 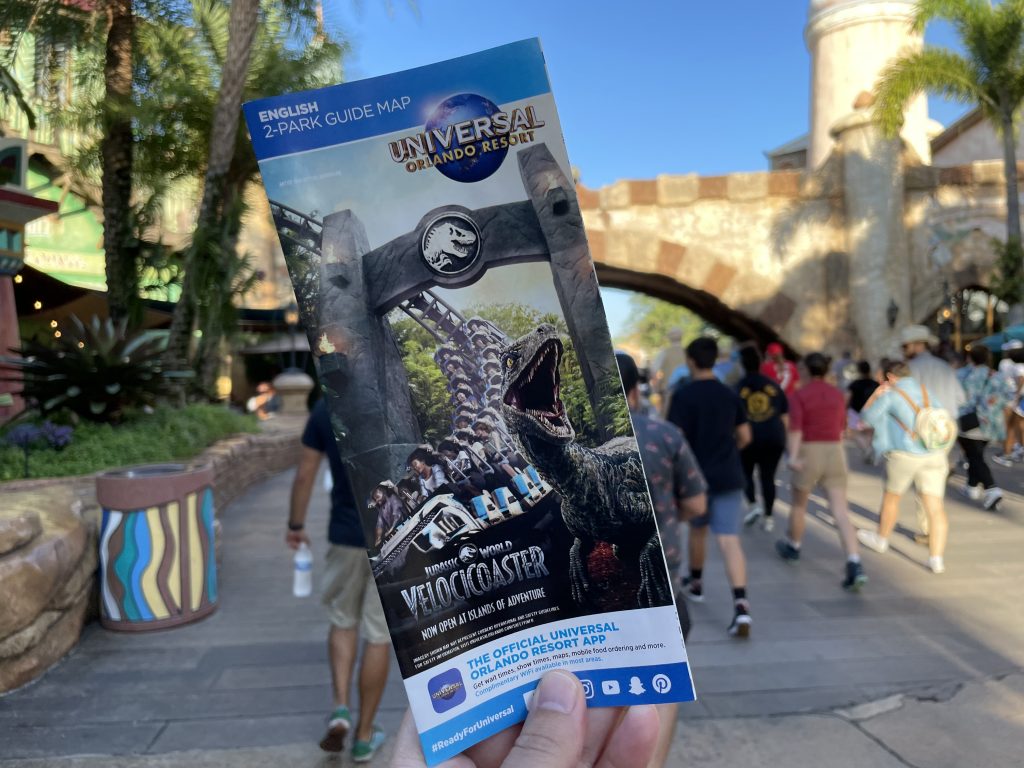 You can use the official Universal Orlando app to check wait times for the new attraction. It has a height requirement of at least 51 inches (129.5 cm).

There is a Single Ride line, but it may close temporarily as it fills up. 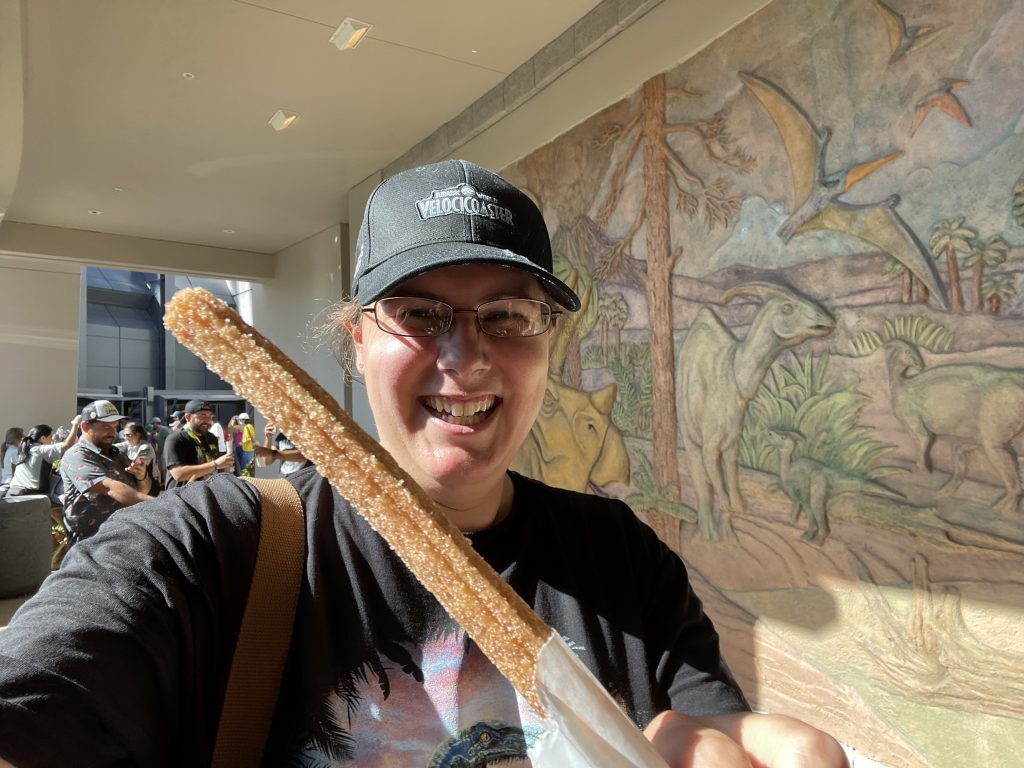 You can learn more about the attraction in our latest Easter Eggs video below, or check out the article for additional photos. For our full review of the new roller coaster, check out our latest podcast episode.

Subscribe to the news feed or enter your email address below to never miss an update. Photos/Video: Alicia Stella