Hagrid’s Magical Creatures Motorbike Adventure at Universal’s Islands of Adventure just can’t seem to catch a break. The ride has been going through what some might call, growing pains. It has been closing early for testing and sometimes opening late due to technical issues. However, a little over a week ago the ride was delayed for a reason we hadn’t heard before: bees.

Last Tuesday, September 24th, reports that the ride was unable to open due to a nest of honeybees began to make their way onto the web. Honeybees have been deemed an endangered species here in Florida, so clearing them from the ride area is easier said than done. The issues seemed to be resolved by the next day, but some have noted that not only have they not gone away, but there’s now more bees on site than before. 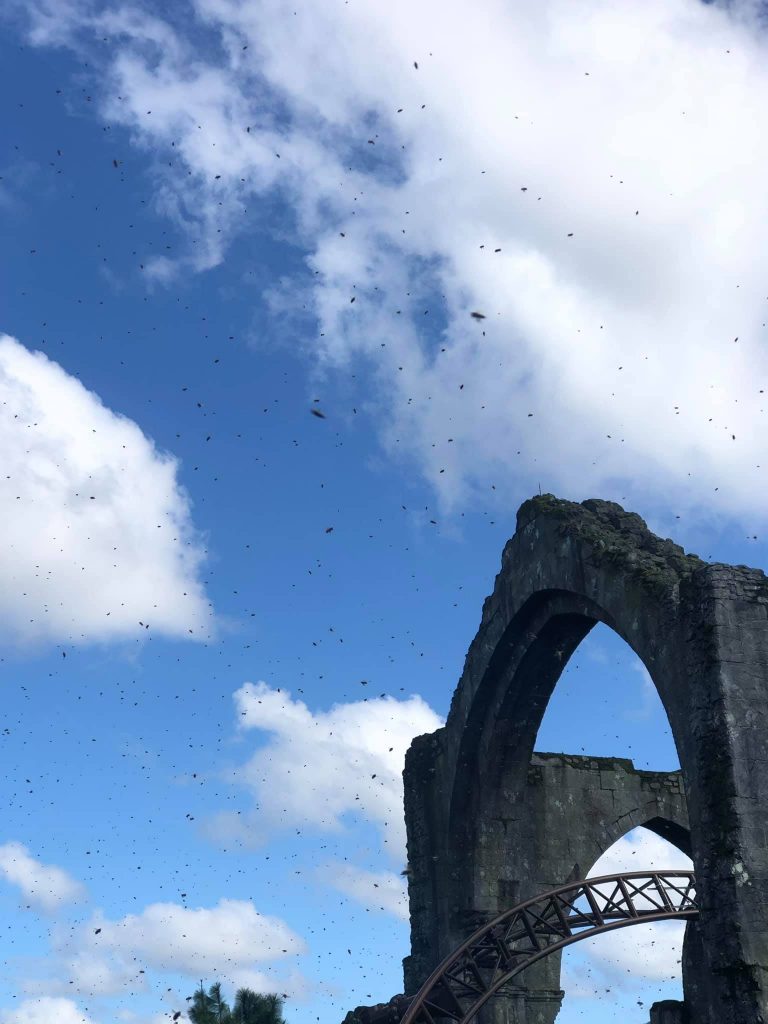 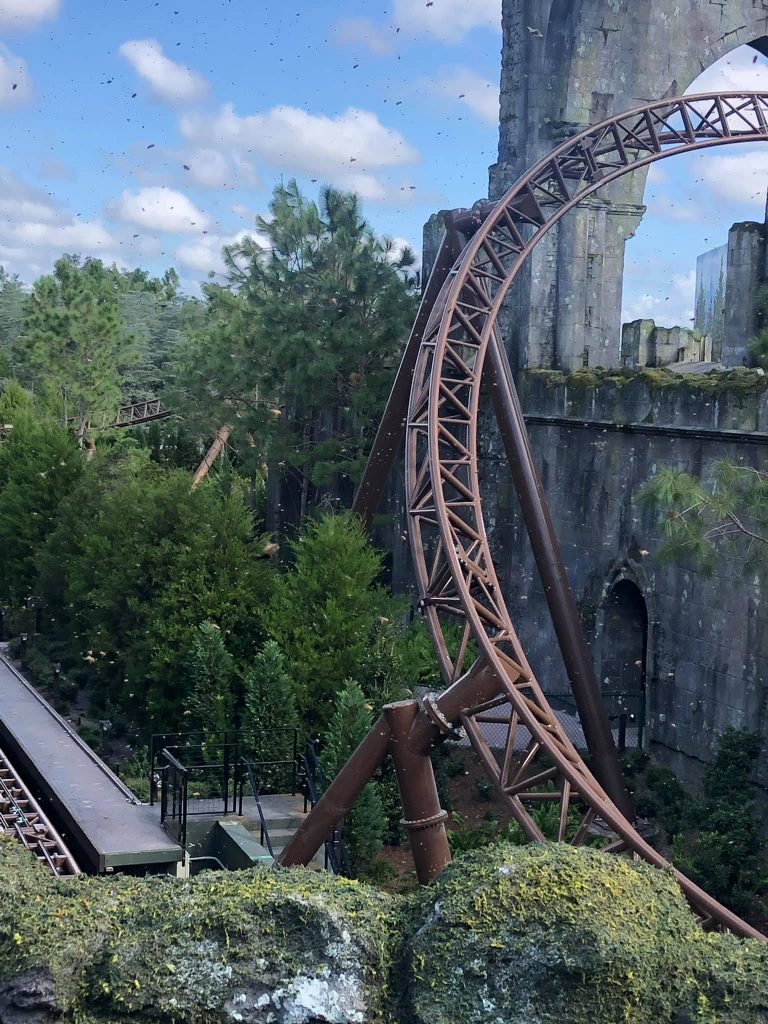 The photos above were taken today, and were posted by Nathan in the Theme Park Stop Facebook Group. They show what he described as tens of thousands of bees swarming around the ride!

Last Tuesday, guests were waiting for hours in line hoping that the ride would re-open, but it looks like it never did. Guests waiting could spot technicians, and what we originally thought might be “bee specialists” on site to evaulate the situatuion. Photo below from Kmac on the Inside Universal Forums. 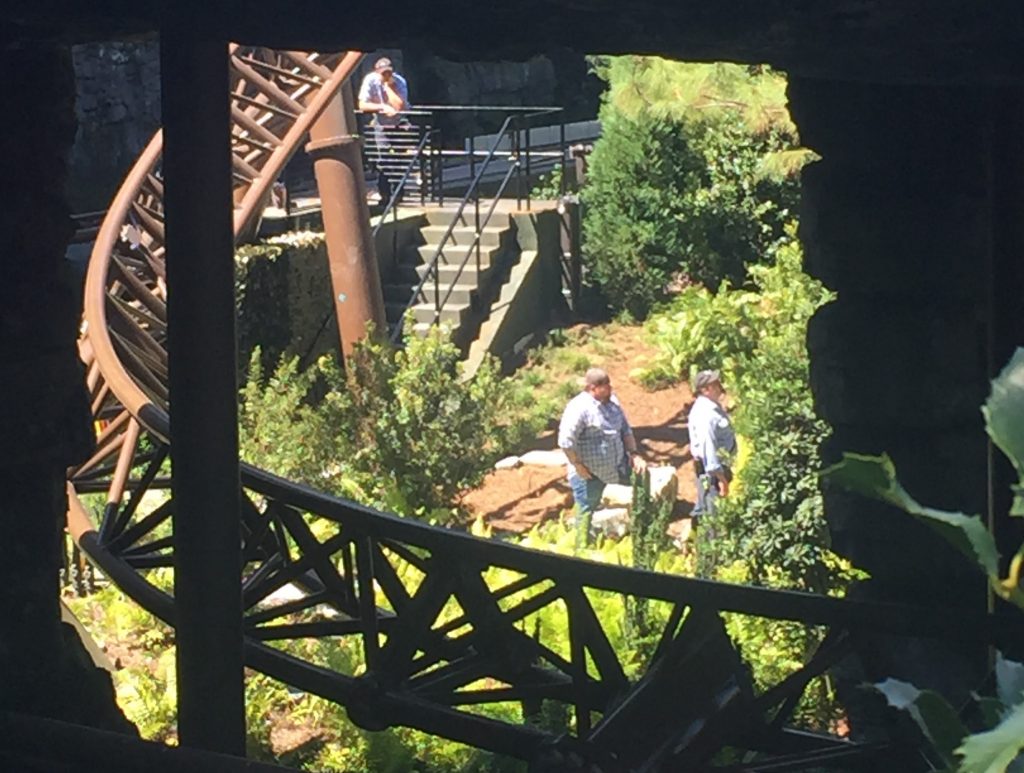 A beehive is on the track and they have to relocate it. No other updates have been given to us, only that a bee keeper is here and has been working on it

The following day, on September 25th, it looked like things were just as bad. The ride did not open with the park, and again there were reports that bees were the culprit. Finally, around 1:00 PM, the ride opened.

Discovered a bee hive yesterday, ride has been shutdown since. Waiting for professionals to come in and move the bees, as they are an endangered species. As of 12:45, still no word on whether it’s opening or not today

Not much was discussed online about the matter for the next few days, but I had heard here and there that bees could still be spotted around the ride. Cut to today, and there have been rumors of someone with an allergy being stung while riding, and those new photos showing potentially thousands of bees around the ride were posted.

The ride closed early today, most likely due to the swarm of honeybees around the area, and Team Members are telling guests that it would be pure luck if they’re able to reopen again today. I reached out to Universal Orlando on Twitter to see if they’re warning guests with allergies to avoid the area, but still waiting on a response. 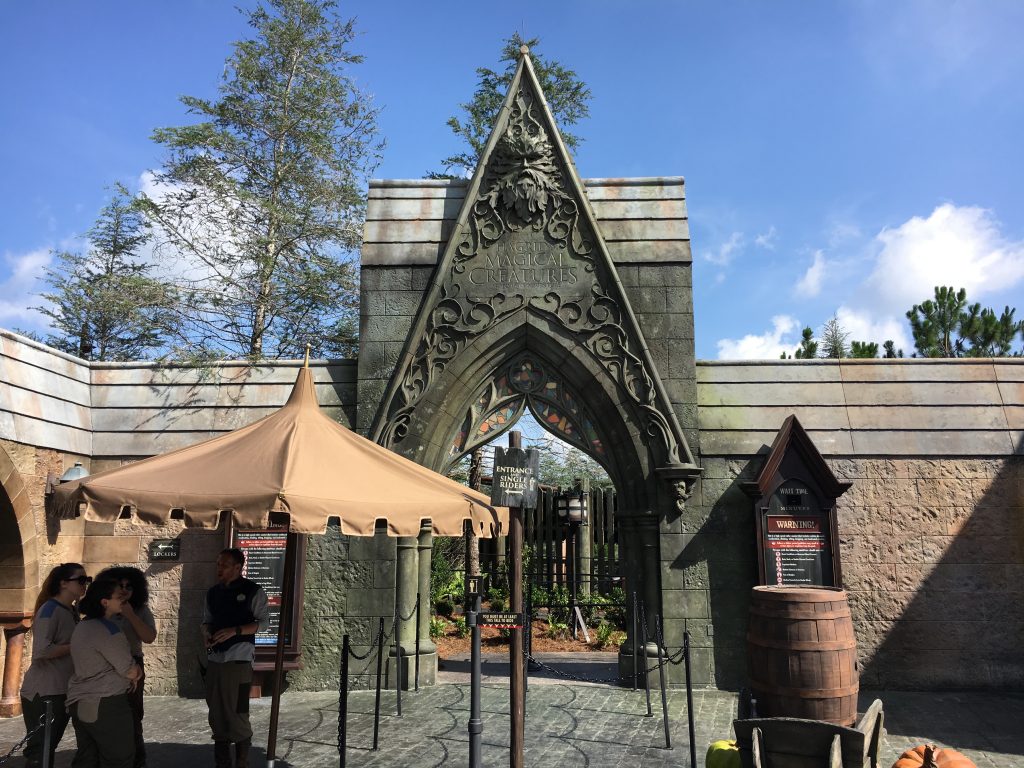 This new problem comes after several months of ups and downs for the new attraction. Rumor has it the coaster ran into unforseen issues right before its grand opening that has led to it requiring additional testing time. This has meant the coaster opened late each day in the first few weeks, but has moved to the early closures in recent weeks. What’s most unfortunate is that the ride seemed to be running much more smoothly in the days leading up to this new problem, if you can bee-lieve it.

This is still a developing story, and this post may be updated as new information becomes available. I will be checking it out for myself in a few days, but if anyone has any information or photos, please don’t hesitate to contact me. The parks already deploy methods to keep bees away from guests, including man-made beehives in backstage areas, like the one at this link. However, this new problem may require some more strategy and care.

Update: Universal Orlando has responded to a reporter from MyNews13 with the following official comment: “Our team is working to resolve the situation. We will reopen the attraction as soon as we’re able to do so.” As of 5:20 PM the ride has reopened with a 60-minute wait, but this may continue to be an issue in the coming days and weeks. 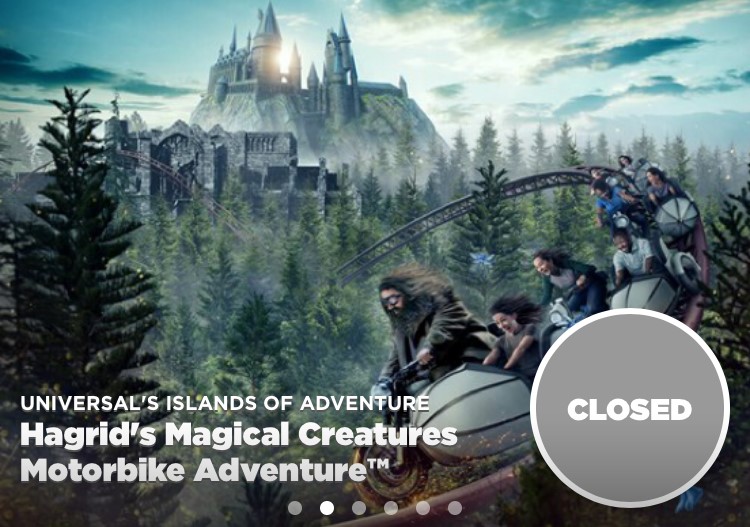 Stay tuned for more news about this situation and the Hagrid ride as it happens. Subscribe to the news feed or enter your email below to never miss an update.