If you spend a lot of time on social media, like myself, you may have seen some buzz about a new show that began running at Disney’s Animal Kingdom on October 1st.

Disney KiteTails, as its name suggest, has large and impressive “kites” soaring around the water at the Discovery River Theater between Dinoland, U.S.A. and Asia. This 10-minute “activation” (as Disney calls it) is performed a half-dozen times a day, and is something cute that’s worth checking out if you happen to be in the area when it’s about to start.

But it has gotten a lot of attention because of one aspect of the show in particular: the way the kites land after they’re finished flying. 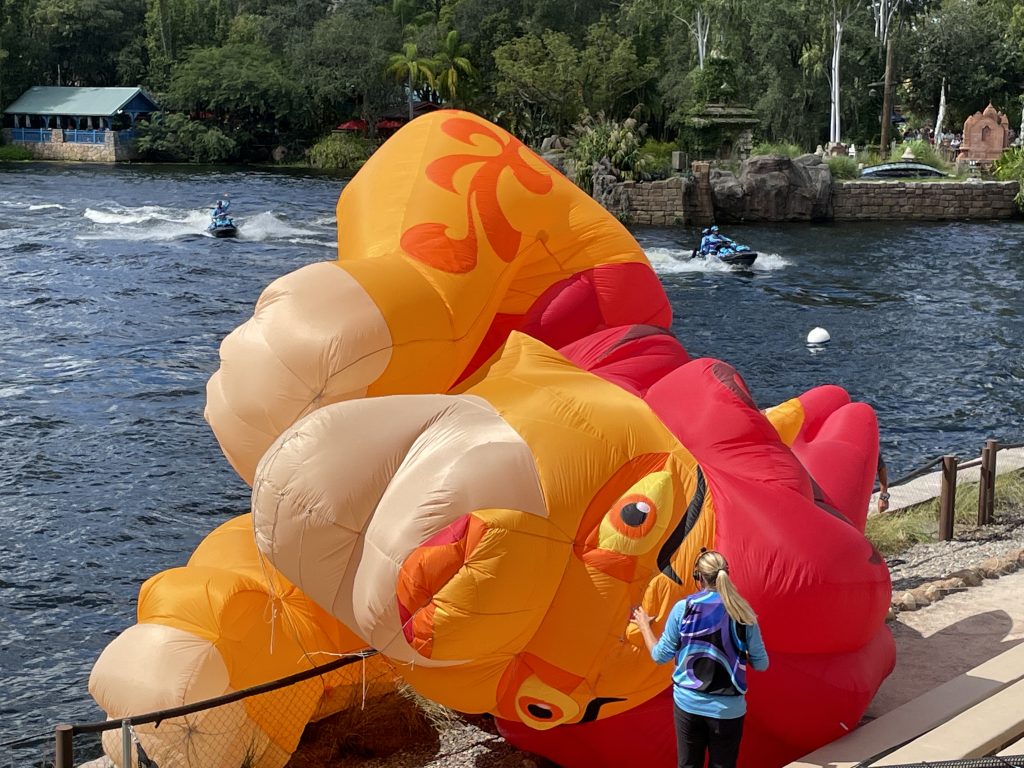 The show features large inflated 3D kites that are pulled along by jet skis—at least one of which per show is VERY large—as well as some smaller handheld kites used by performers back on land.

There are some really great things about this show, and some not so great things. Firstly, it’s only 10-minutes long, which is both a plus and a minus. I kind of wish there was more to it, but at the same time, the show is performed during the hottest hours of the day in uncovered amphitheater seating, so 10 minutes is about all I can probably stand. (Some guests had their umbrellas out for the 12:15 showtime just to help block the sun.)

There isn’t much of a narrative, at least for the version I saw. It goes through a few of the songs from the film, albeit some jaunty versions of them which were nice, while the kites do their thing. But oh, the kites. The kites are actually impressive in person, and photos don’t do them justice. 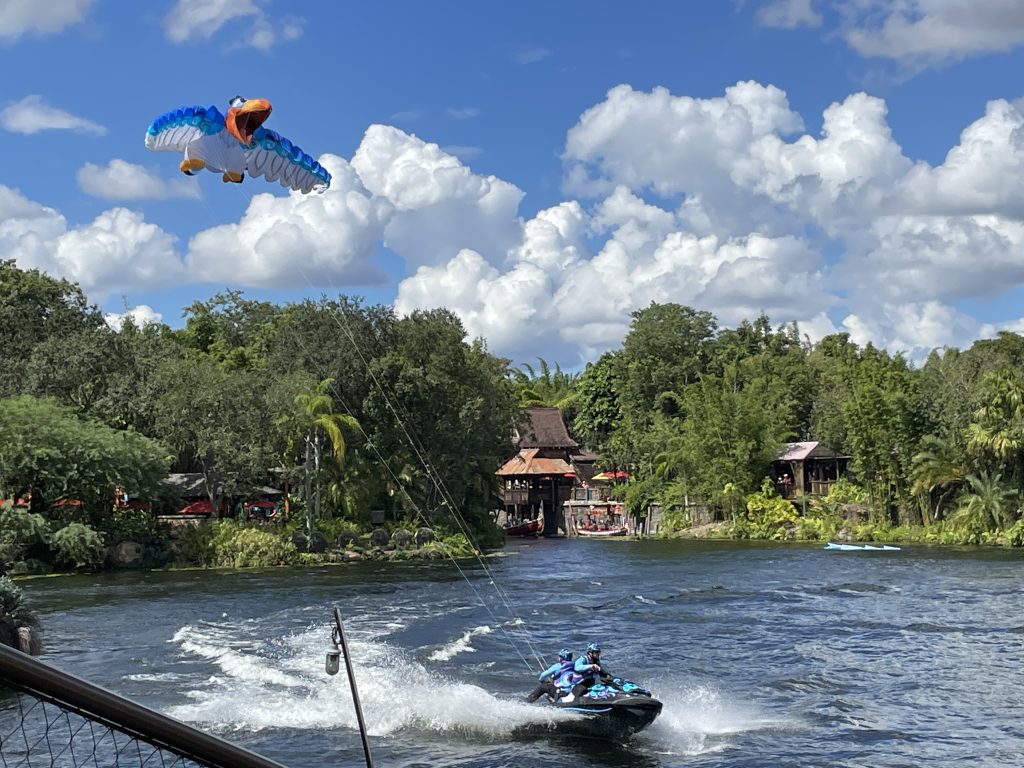 The music was very well timed with the launches (and the landings) of the various kites, which made for some fun showmanship. But they don’t do much except go around in a circle.

There were definitely some “oohs” and “aahs” from the other spectators around me, so it’s worth catching at least once while the show is still operating! 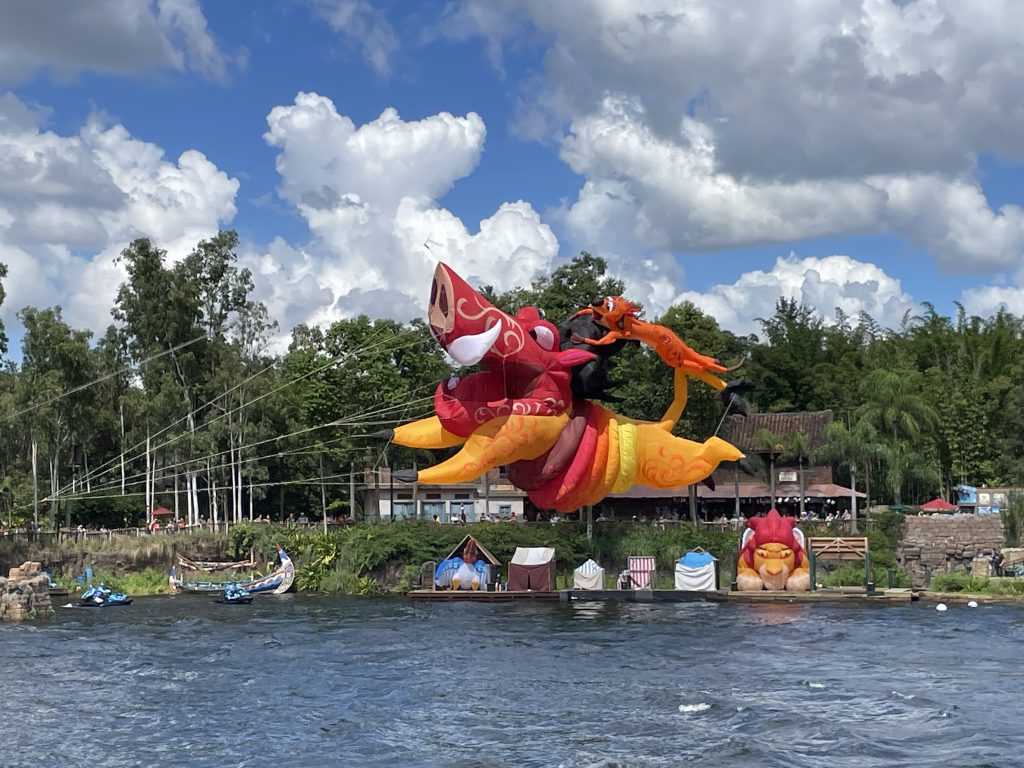 Now, when the kites are done with their rotations around the lagoon, and it is time for them to go back to their little huts, something magical happens. The performers that were controlling them from the back of the jet skis, just let go.

That’s right. They time it as best they can, and god-willing the wind cooperates, the gigantic inflated kites just settle down into their designated landing spots, either in a blocked off area of stands or the water just in front of the viewing area. And it is glorious.

The first time one of the kites lands in this manner you hear the audience gasp, like something terrible has gone wrong. By the time it happens again it starts to become clear that this is the intended ending to the kite’s journey, and it’s a fun way to go out for sure! 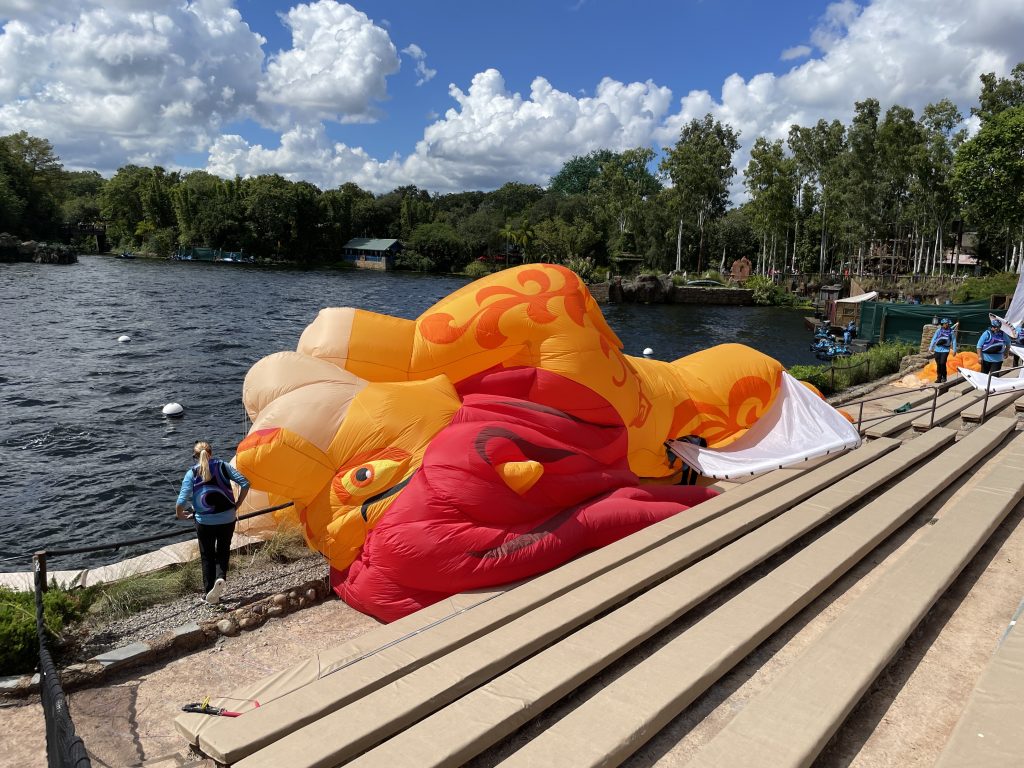 I did watch the show from both sides of the theater. The side closest to Asia is great if you want to be close to where the kites land, which is pretty fun in its own right, (plus you can admire just how absolutely massive they are in person).

The other side of the theater, closest to Dinoland, U.S.A., offers a much better overall show experience in general though. Here you’ll get to see the fun performers on land with their smaller kite puppets. Plus, I feel that the viewable area of the main show is just better from this angle. 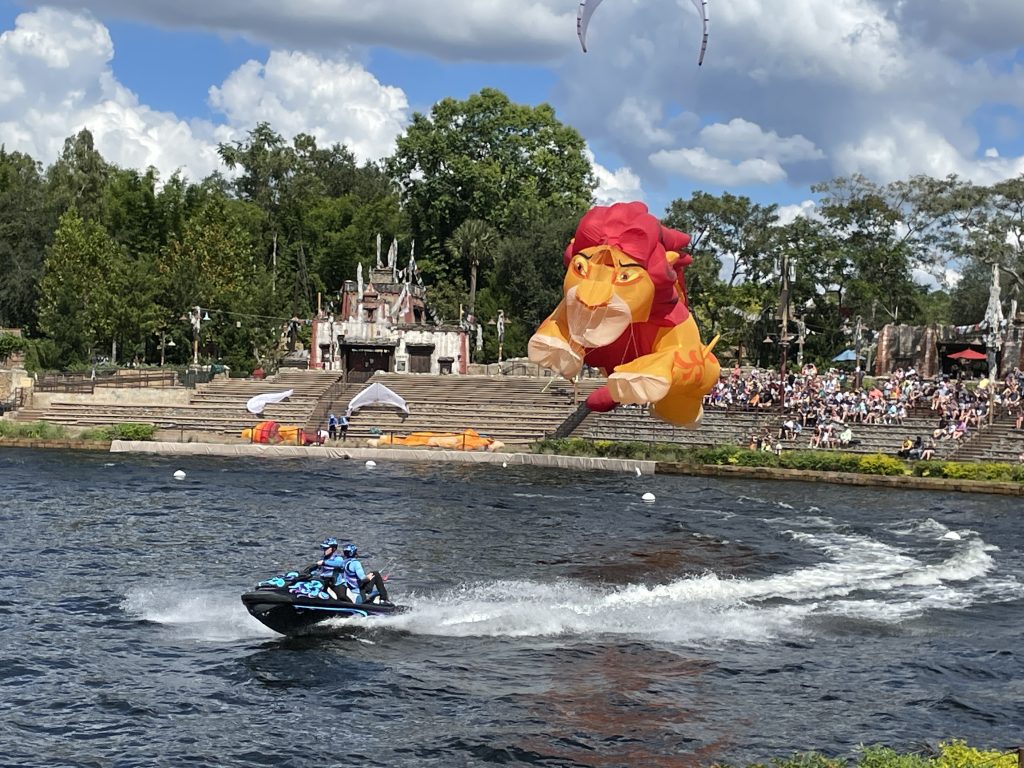 There is a third, secret viewing area too. The lower level of the outdoor seating area for Flame Tree Barbecue in the center of the park offers incredible views of the show from behind the main area…And the best part? WITH SHADE!

Regardless of how you see it, even if you happen to catch it walking by from the bridge between Asia and the Nemo Theater for a few minutes, it’s worth taking a moment to appreciate this beautiful, and beautifully strange, new show at Disney’s Animal Kingdom. 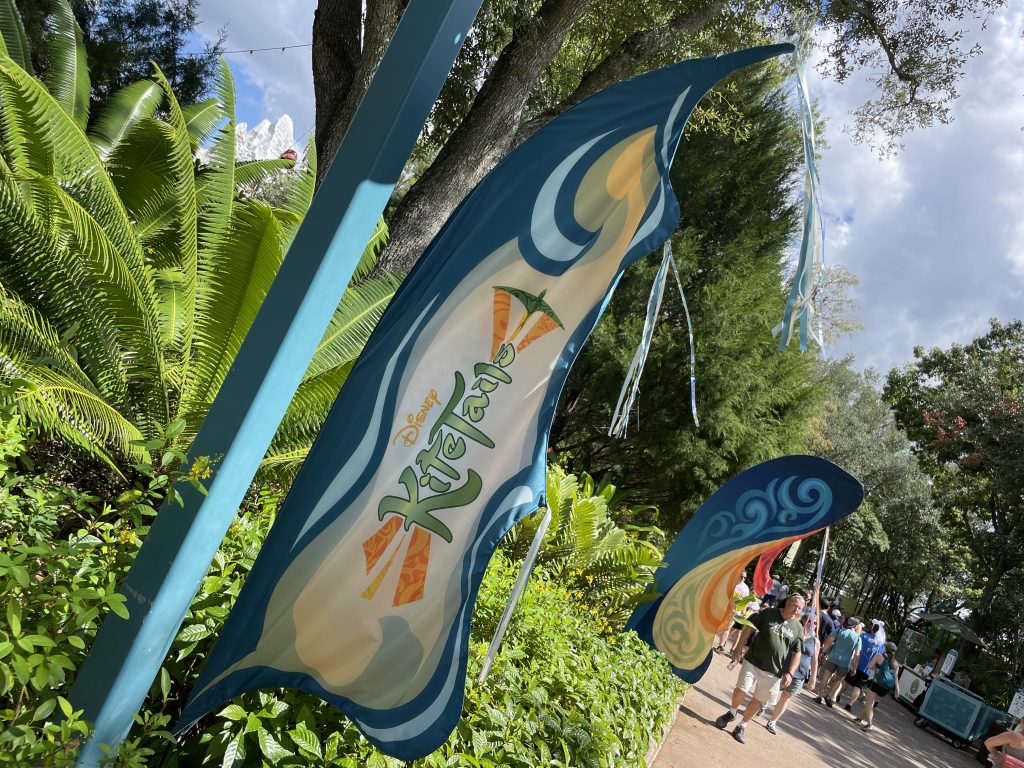 That’s all for now, but be sure to check out the video of my first performance if you’re not sure if you’ll be catching this show any time soon in person.

Subscribe to the news feed or enter your email address below to never miss an update. Photos & Video: Alicia Stella