While originally announced as opening later this year, the new ride starring Mickey and his pals has been rescheduled for a Spring 2020 opening. This was first reported as a rumor by BlogMickey, but has now been confirmed through an announcement on the official Disney Parks Blog.

Replacing The Great Movie Ride at Disney’s Hollywood Studios, which closed back in 2017, the new attraction is said to be a trackless dark ride that combines real sets and high tech projection mapping effects to make it feel like you’re inside of a cartoon. Along with this news, Disney has announced that it will also be bring Mickey & Minnie’s Runaway Railway to Mickey’s Toontown at the Disneyland Park. See more details below.

From the original announcement:

We have an exciting announcement to share! Disneyland park guests will be able to step into a cartoon world and join Mickey and his friends on Mickey & Minnie’s Runaway Railway, coming to Mickey’s Toontown in 2022!

This first major Mickey-themed ride-through attraction at Disneyland park will put you inside the wacky and unpredictable world of a Mickey Mouse cartoon short where anything can happen! Once you step into the cartoon world of Mickey and Minnie, you’ll board a train with Goofy as the engineer. Then, one magical moment after the next leads you to a zany, out-of-control adventure filled with surprising twists and turns. 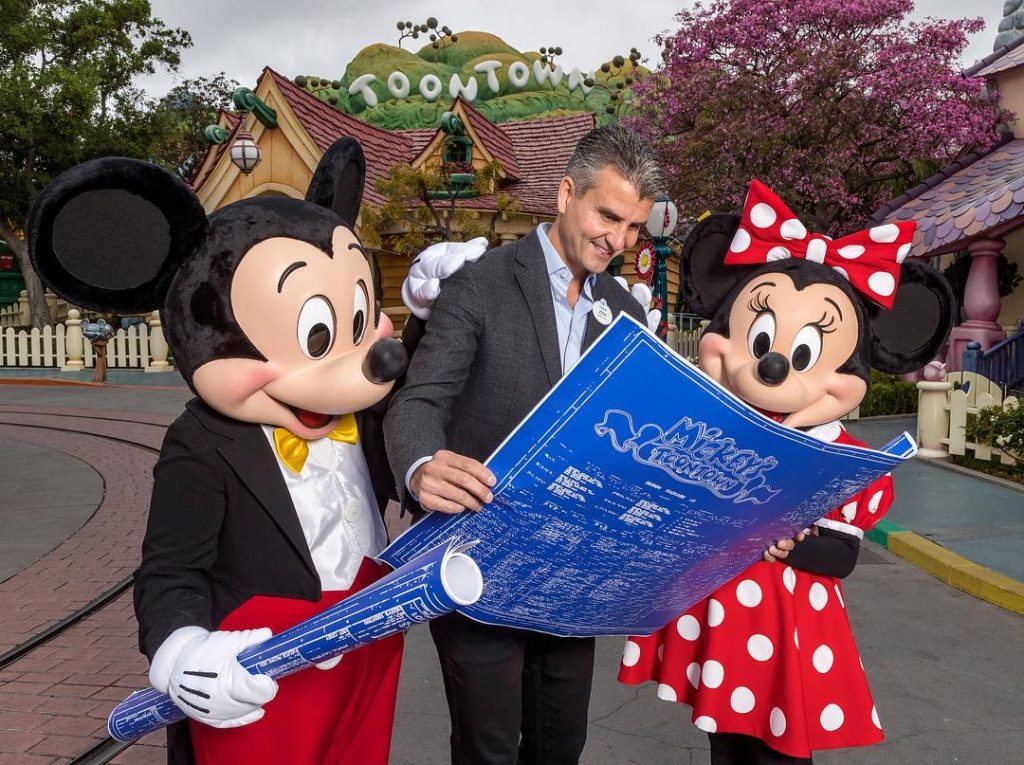 Stay tuned for more details on this new ride coming soon! Subscribe to the news feed or enter your email below to never miss an update. Images and Info: Disney