A new projection mapping show on Hogwarts castle is coming to the Universal Orlando Resort and Universal Studios Hollywood. “Dark Arts at Hogwarts Castle” will debut in Hollywood beginning April 13, 2019, and will debut at Universal’s Islands of Adventure later this year.

This exciting all-new experience in “The Wizarding World of Harry Potter” will cast a mesmerizing display of light, music and special effects, unleashing the darkest creatures and villains, including the powerful Dark wizard Lord Voldemort. 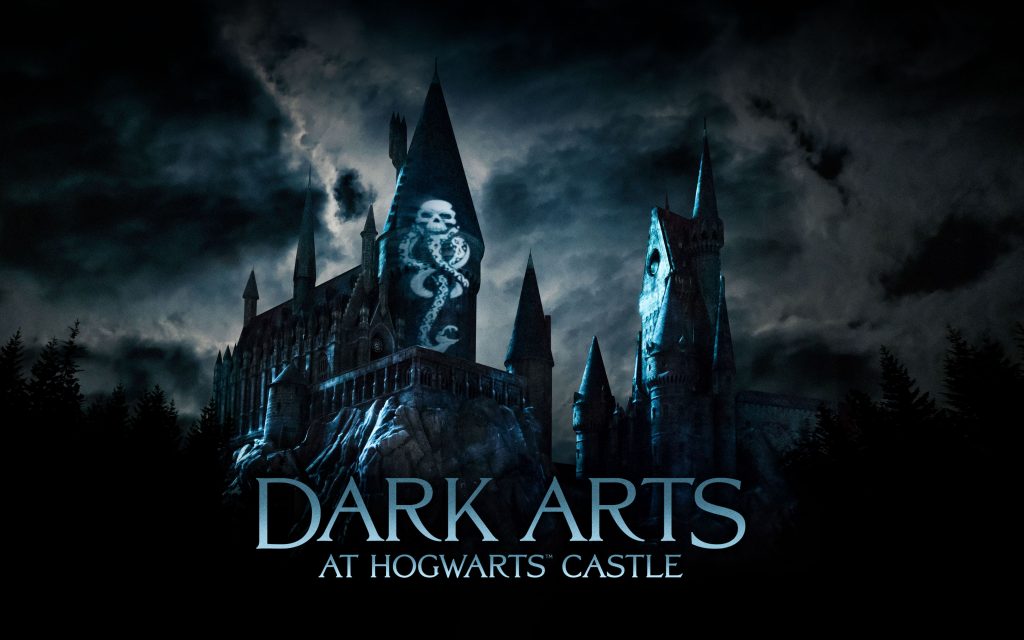 Guests will be asked to summon their inner strength and bravery in the face of the all-consuming Dark Arts as some of the awe-inspiring moments and creatures inspired by the films come to life within the majestic light display.

As darkness falls on Hogwarts castle, Dementors, Death Eaters and other unspeakable creatures from Aragog and Mountain Trolls to Thestrals will cloak the castle with sinister images from the darker side of magic—even conjuring the visage of Lord Voldemort himself, until the Patronus spell—one of the most famous, difficult and powerful defense of the Dark Arts charms in the wizarding world—is cast.

The “Dark Arts at Hogwarts Castle” will be accompanied by an exclusive musical arrangement that will emanate in a surround sound environment. It was conducted by prolific arranger William Ross and recorded by the London Symphony Orchestra in London, based on the original scores composed for the film series created by Academy Award®-winning composer John Williams. 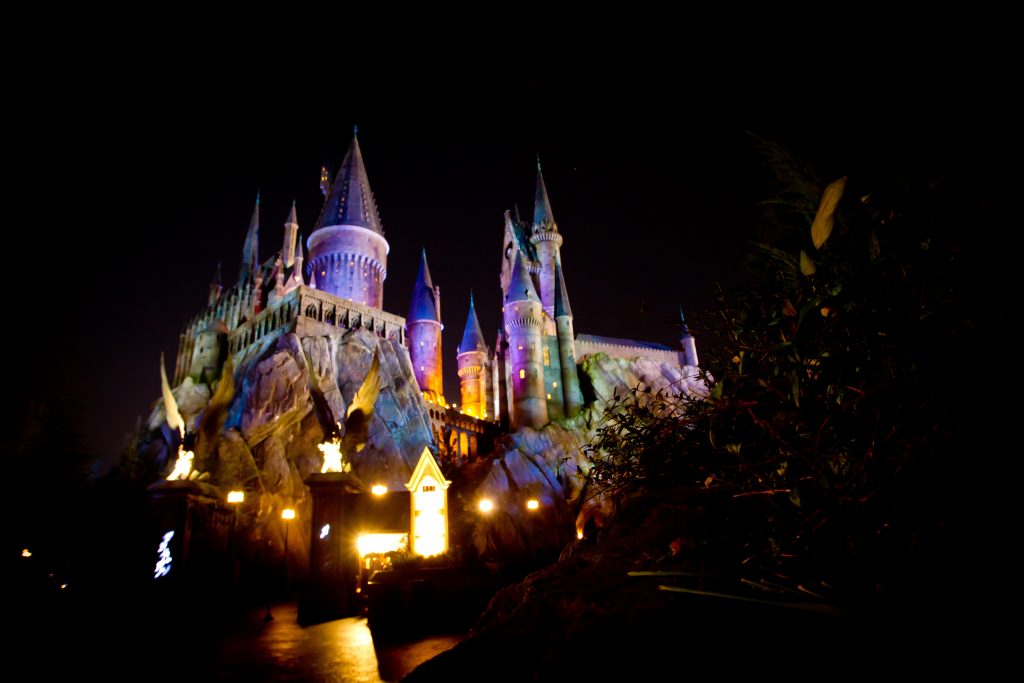 Inspired by J.K. Rowling’s compelling stories and characters that were brought to life in the Warner Bros. films, “The Wizarding World of Harry Potter” at Universal Studios Hollywood and Universal Orlando Resort is a masterful recreation, faithful to the visual landscape of the fiction and films, including as its iconic focal point, Hogwarts castle.

From its snow-capped roofs and cobblestone streets to the historic British sensibilities that characterize the whimsical look and feel of the land, “The Wizarding World of Harry Potter” transports guests of all ages to the very places they watched on the silver screen.

If you’re looking to book your next trip to Universal Orlando, be sure to request your free vacation quote from our good friend Elizabeth at Destinations in Florida. She can help you book the best deals on tickets, hotel room, and more, and her services are completely free!

Stay tuned for more theme park news and updates. Subscribe to the news feed or enter your email below to never miss an update. Photos & Info: Universal Orlando