Universal Orlando Resort has revealed new details and concept art for their next big attraction, Fast & Furious – Supercharged, opening Spring of 2018 at Universal Studios Florida. The new ride will utilize huge screens and specially designed ride vehicles to immerse you in the exciting fast-paced world of the Fast & Furious family.

Check out all of the new details and concept art below and stay tuned for more theme park news and updates coming soon! 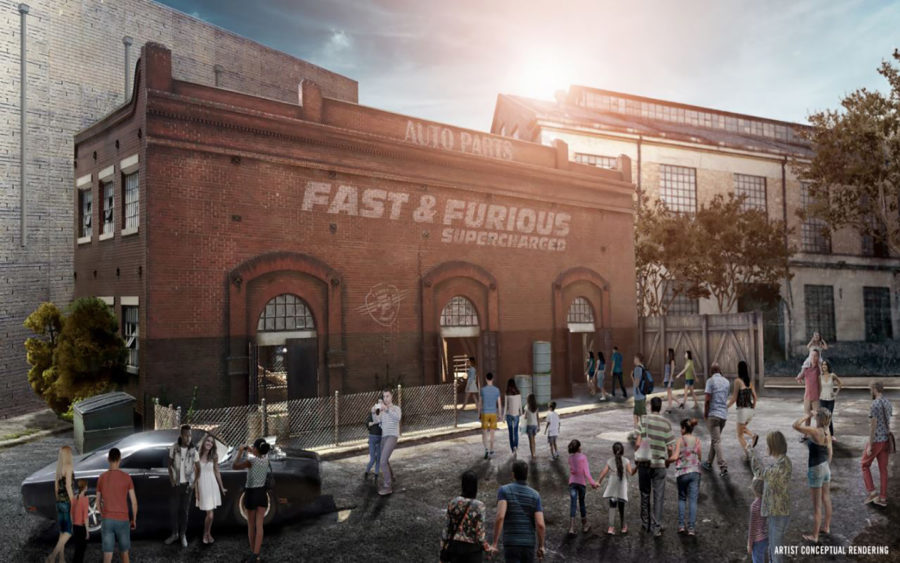 In Spring 2018, the next chapter of this blockbuster franchise will come to life. Guests will have the opportunity to actually live the excitement they’ve seen on the big screen in a high-octane ride experience where they will become part of the Fast family.

Buckle up – here’s everything you need to know about Fast & Furious – Supercharged at Universal Orlando Resort: 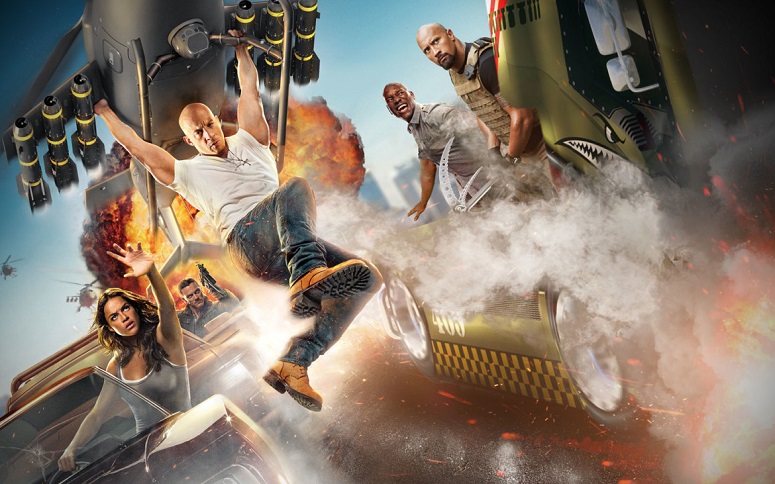 You will encounter more of your favorite Fast characters than ever before in Fast & Furious – Supercharged. For the first time ever, Tej (Chris “Ludacris” Bridges) and Mia (Jordana Brewster) will join the star-studded cast of the attraction, which includes Dom (Vin Diesel), Letty (Michelle Rodriguez), Hobbs (Dwayne Johnson), Roman (Tyrese Gibson) and criminal mastermind Owen Shaw (Luke Evans).

Fast & Furious – Supercharged will be the only place where you can see – and even take photos with – 15 supercharged Fast & Furious cars – many of them driven by some of your favorite Fast family members. Each vehicle, including Dom’s iconic Dodge Charger and Letty’s Turbo Truck, has been crafted by Dennis McCarthy, the man behind the cars for the Fast & Furious films.

THIS IS THE NEXT ATTRACTION AT UNIVERSAL STUDIOS FLORIDA TO FEATURE THE NEW, POPULAR VIRTUAL LINE SYSTEM

You will be able to select a time to ride Fast & Furious – Supercharged via the Official Universal Orlando Resort Mobile App or at kiosks located near the attraction entrance. While you wait for your ride time, you can enjoy other experiences throughout Universal Studios Florida.

YOU’LL BE IMMERSED IN AN ORIGINAL, SUPERCHARGED STORY

Get ready to live an original Fast & Furious story that expands upon the films and brings you face-to-face with your favorite Fast characters.

As soon as you approach the attraction, you see Dom’s Dodge Charger parked outside – and you know exactly where you are. Welcome to the underground headquarters of the “Fast family.”

Inside, you’re immersed in the ultimate Fast & Furious experience. Hit songs from the films’ soundtracks fill the rooms as memorable scenes from the series play around you. You make your way through familiar places inspired by the films, like the Family Room – complete with photos of the Fast family – and Tej’s high-tech War Room.

You are invited to attend a race after-party that can’t be missed, and Tej arranges for a custom party bus to get you there.

As you make your way to the party, Dom calls with an urgent message. Owen Shaw is headed your way. A high-speed chase ensues, and you must rely on the Fast family to lead you to safety. But will it be enough to keep you and the gang from the clutches of Shaw?

BEHIND THE SCENES VIDEO

Check out the video below for a first-ever, behind-the-scenes look at the attraction and to hear from members of Universal’s Creative team as well as the cast of the Fast & Furious films about bringing this ride to life.

That’s all for now. Check out our previous Fast & Furious – Supercharged News and Construction updates here. Stay tuned for more theme park updates coming soon. Subscribe to our news feed or enter your email below to never miss an update. Photos Universal