After being delayed from last year, Remy’s Ratatouille Adventure in EPCOT has been officially announced to open October 1st, 2021, the resort’s 50th anniversary.

The rest of the France pavilion’s expansion will also be opening on that day, including the new crepe restaurant. Let’s talk about the opening details, recent construction news, and more in today’s quick update. And be sure to check out the video version of this story for additional visuals.

While Disney has announced the official grand opening date for EPCOT’s Ratatouille ride and France expansion for October 1st, they have not revealed whether or not the attraction could see any annual pass previews or even guest soft openings leading up to the date.

Disney has stated that the area’s new restaurant, La Crêperie de Paris, which will offer both table- and quick-service options, will also be officially opening on October 1st. 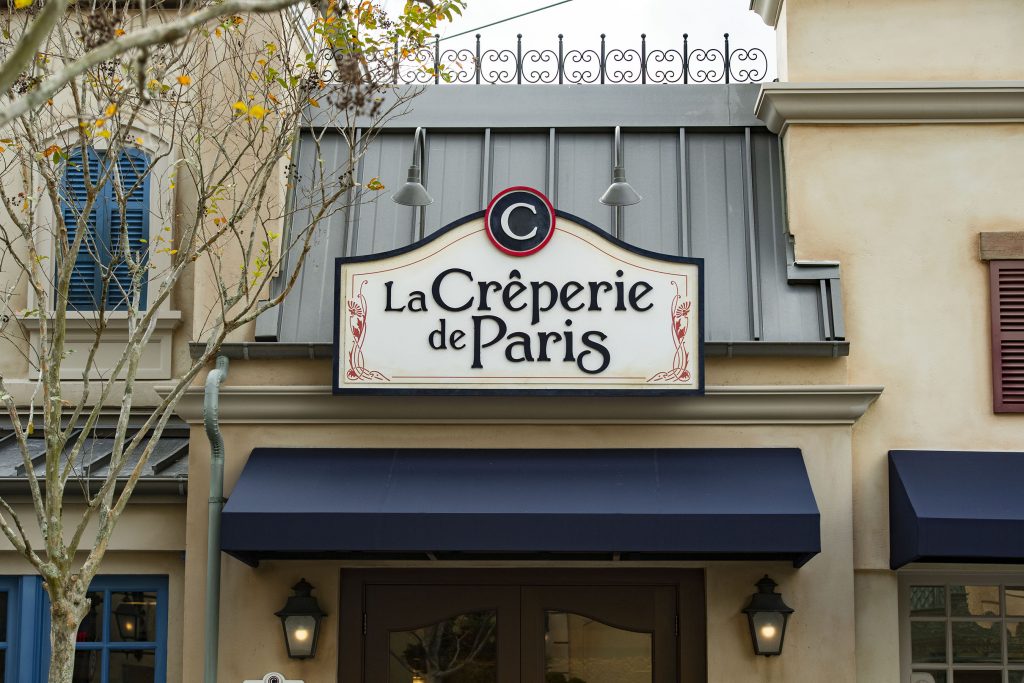 Remy’s Ratatouille Adventure was originally set to open last summer, but was postponed due to the pandemic, which saw construction slow down at the Walt Disney World Resort, as well as the parks closing temporarily for several months.

According to Disney, the ride will have “guests will shrink to the size of Chef Remy and race through Gusteau’s restaurant on a wild adventure.” This attraction will be a clone from Walt Disney Studios Park at Disneyland Paris, which opened back in 2014. It uses trackless ride vehicle technology integrated with screen-based media and physical sets. 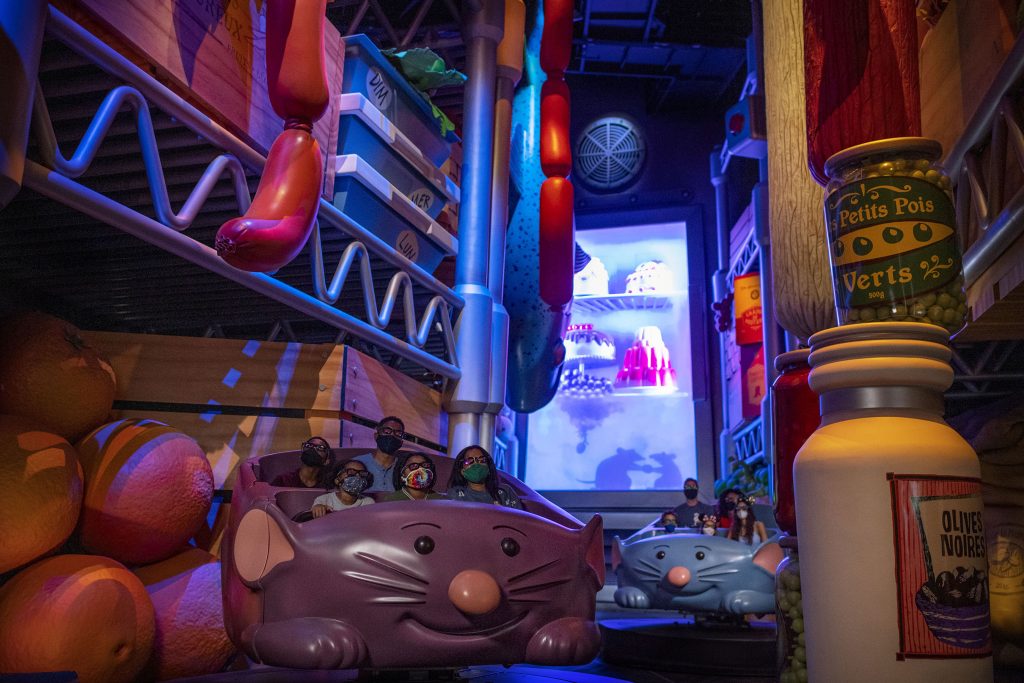 The ride itself is expected to be largely the same as its French counterpart, even down the voice recordings featuring both French and English dialog. Just like the original version, EPCOT’s attraction will also feature a fountain in its courtyard. Unlike the original, EPCOT will not have the Bistro Chez Rémy restaurant next door.

The marquee for the ride was installed last year, as well as the wait time signs, which included a sign for a Single Rider Line. In January of this year, the France pavilion released attraction-branded merchandise for Remy’s Ratatouille Adventure. One of the items available for sale includes a talking Remy plush, and just like the ride itself, it speaks in both English and French. 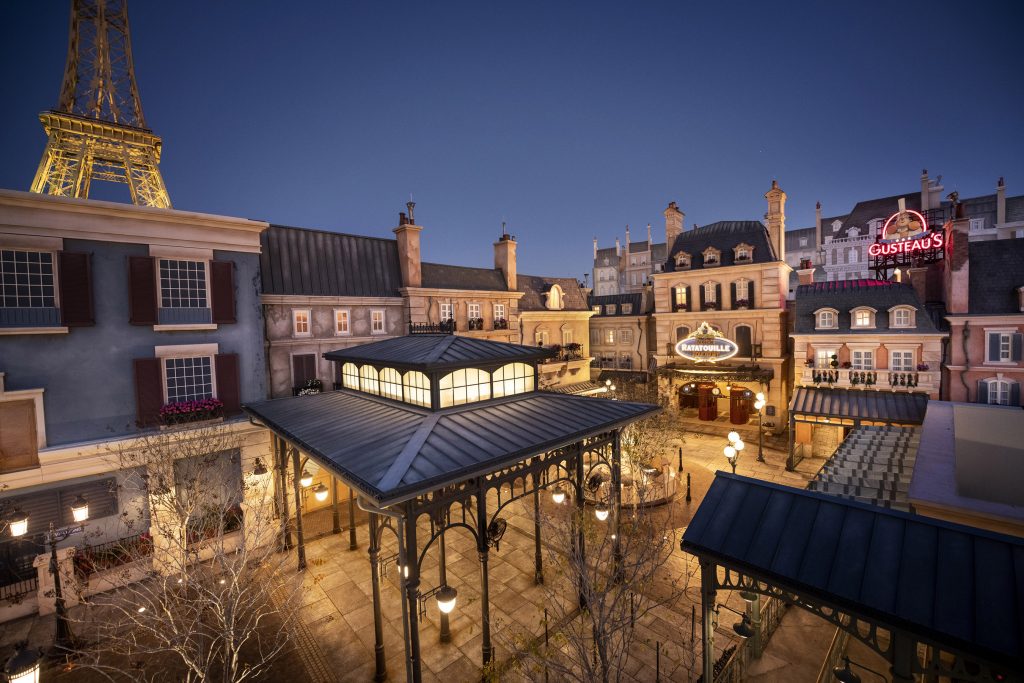 Part of the France expansion, which was constructed behind the existing France pavilion, has already opened. The bathrooms and one section of the pathway is currently accessible to park guests, but work walls prevent you from getting closer to the ride itself.

Other than some marketing during the Ratatouille the Musical craze on social media, and a dish named for Remy during the EPCOT Festival of the Arts, today’s announcement was the biggest piece of news from the company about the ride in awhile. 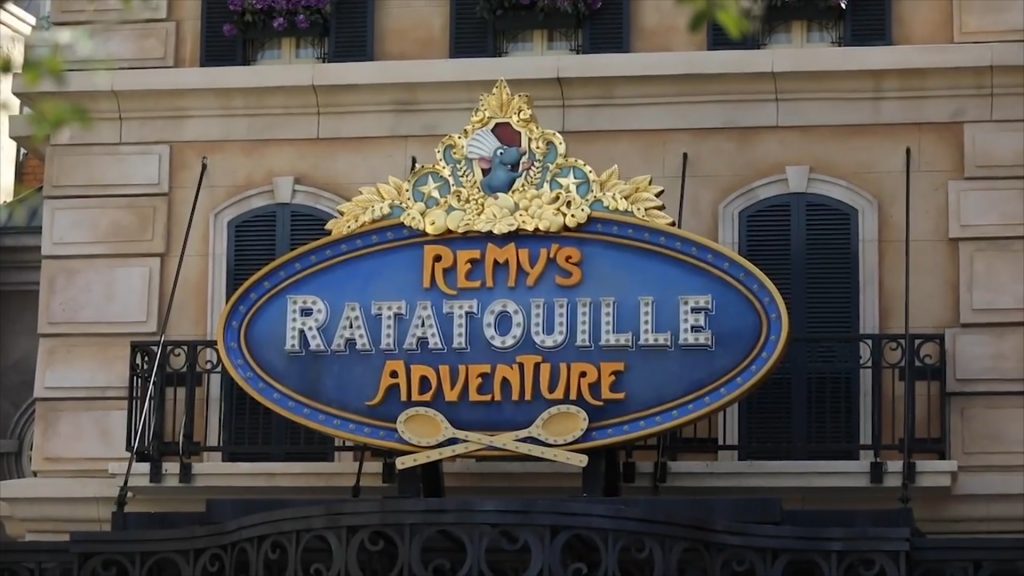 Hopefully there will be some soft openings, or passholder previews, in the weeks leading up to the opening of EPCOT’s new attraction, as there are only a limited number of park reservation passes available for each day and they are going fast.

EPCOT’s new nighttime show Harmonious is also expected to open this year, but a date has not yet been announced for that. 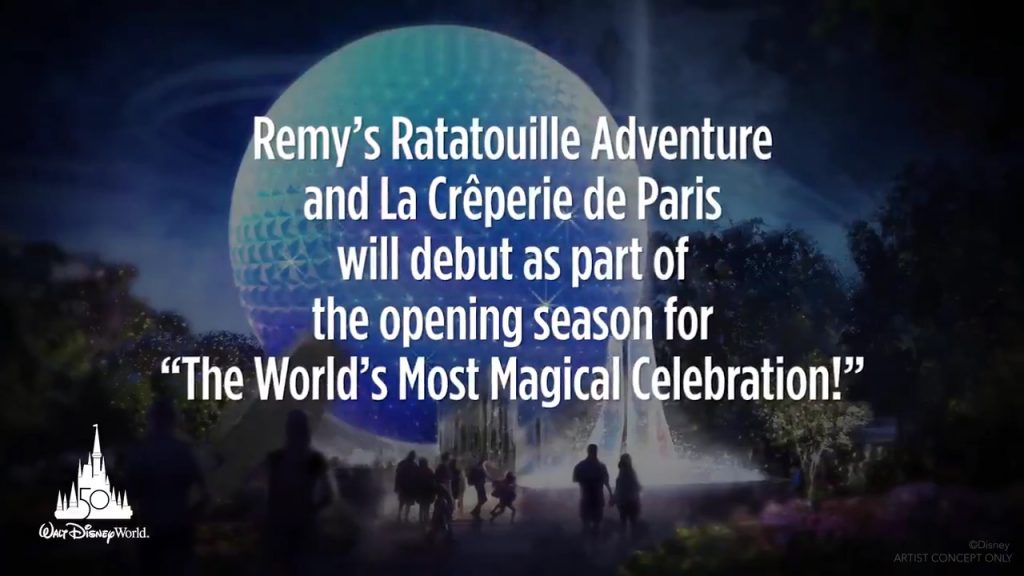 Have you made a park reservation for any of the theme parks of Walt Disney World for their 50th anniversary on October 1st? If not, don’t worry, the celebration will be going on for the next 18 months after, so there’s time for everyone!

Be sure to subscribe to the news feed or enter your email address below to never miss an update. Photos: Disney