Recently a software engineer shared a few details about working on some of the interactive aspects of the upcoming Mario Kart attraction for Super Nintendo World. Andy Biar shared these details on his personal website.

Having developed apps and interactive experiences with Universal Creative, including a mobile game for Halloween Horror Nights at Universal Studios Hollywood, Andy has shared some interesting nuggets of information on his work with the company in 2017-2018. 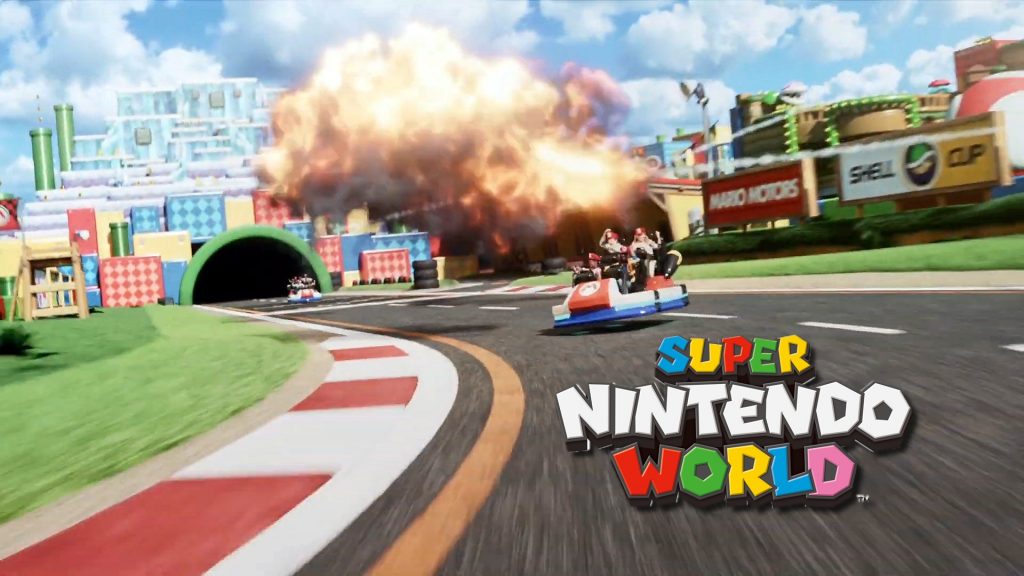 While the first of several Super Nintendo World lands was set to open this summer in Japan, Universal has held off on the grand opening due to the global pandemic. Universal Studios Japan recently released a statement saying: “The opening timing of ‘SUPER NINTENDO WORLD’ will be announced at a later date. We look forward to making our next announcement.”

While we wait for the official announcement, we are excited to learn whatever small bits of info we can about this immersive new theme park land and its rides. Accidentally released art from a website developer last month showed us a few details, including confirmation of the intention of using Augmented Reality on the Mario Kart ride. The information shared on Andy’s website goes into some detail on how they were able to test and design a feature for the attraction that may have utilized this technology. 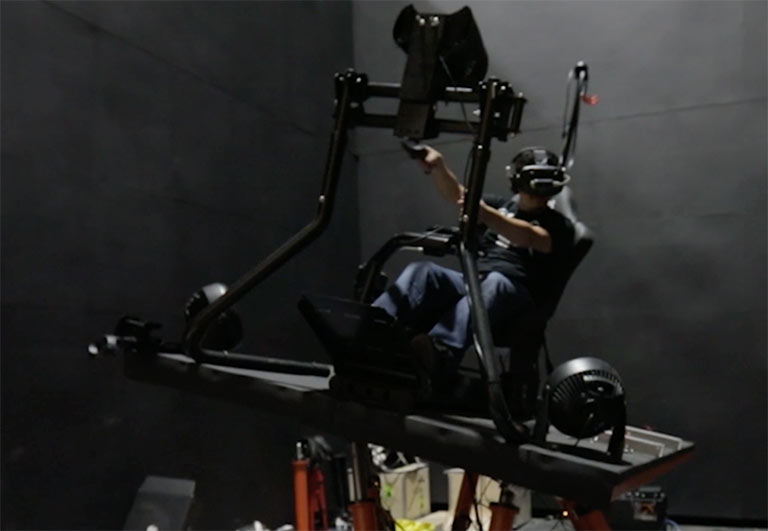 Andy built a motion base at Universal facilities to be used for ride design, and one of its first tasks was to test simulations of the Mario Kart attraction for fine tuning various aspects. As he describes below, a simulation needed to be created first, for the game designers to be able to playtest without having to wait for the physical test track to be available.

In early 2018, the Mario Kart attraction design team for Super Nintendo World had a problem: there were hundreds of people working on different facets of the attraction at an off-site test facility, but there was physically only one test track. This meant that our game designers often had to wait minutes or even hours between laps in the test vehicle, as there were so many other construction and maintenance tasks that had to take place in the same space at the same time. The designers needed a faster way to test, or game design was going to fall behind.

An idea was born: what if the game designers could playtest in a simulation instead of using the physical test track? Design iteration time could improve dramatically! Universal formed a task force from across the company to build the unprecedented simulation, as the Mario Kart game design team didn’t have the resources to do this alone.

Once the simulation was created and implemented on the motion base, designers could hop on to test and then tweak the simulation quickly to try different things. One of the things they were testing, was where exactly along the ride path to place interactive elements.

The goal of the game design simulation was to create a version of Mario Kart which was configurable as thoroughly and quickly as possible, achieving maximum design iteration speed. The idea was that a game designer could ride the simulation on the motion base, pause the experience at any time, verbally request a change to us, and we could make the change immediately for review.

Our first game design scenario was around the spawn points of interactible items on the track. How many items should there be, and where on the track should they be placed? We needed to be able to reconfigure the entire map in seconds, not minutes, so manually moving GameObjects around the map was too slow.

One of our developers came up with the idea to load configuration data from an Excel sheet, which not only meant that we could quickly copy and paste rows to generate new maps, but also allowed the attraction designers to directly edit configuration files without needing to open Unity. We implemented the idea, and shortly afterward Universal invited Shigeru Miyamoto and the Nintendo executive team to take the simulation for a ride.

While not explicitly described as such, he could be talking about special blocks that show up along the ride path, or, maybe it could be targets that you could “throw” shells at to earn points during the ride. Whatever these interactive elements that would spawn at various locations on the ride were exactly, Nintendo suggested another aspect worth testing using the simulation: where to place additional racers in relation to the riders.

The Nintendo executive team had a great time riding different test maps, and after a while they asked an insightful question that we weren’t prepared for: could we manipulate the routes of other racers in a similar way to how our tool handled interactibles? My heart sunk for a beat. Racers had animation curves and other state that our system wasn’t designed to handle, but we wouldn’t let that stop us. Our mission, should we choose to accept it, was to implement the racer manipulation feature within 18 hours in time for a meeting the next day. Game on.

We needed a system for puppeting racers that was achievable within one day, and after 15 minutes of collaborative thinking, I proposed the solution that the team would choose to implement. I was inspired by the numpad of my keyboard: 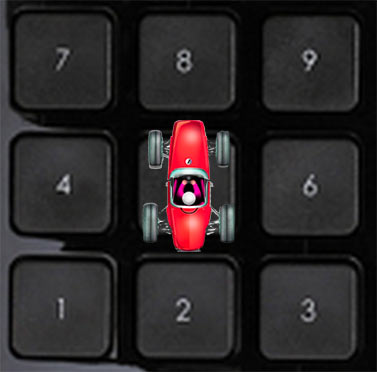 Imagine a keyboard numpad overlaid on a top-down view of a race track. The player cart is always located at the ‘5’ key, and moves in a forward direction of travel toward the ‘8’ key. So in this coordinate space, ‘4’ represents a position to the left of the player cart, ‘6’ to the right, ‘2’ behind, and so forth.

In my design, if a simulation operator presses the ‘4’ key, the operator’s selected racer would lerp to a position to the left of the player over a configurable amount of time. Pressing the ‘6’ key would move the racer to the right of the player, and so forth. In this way, we created a simple set of keyboard commands for an animation manipulation system that we could all remember and operate with low cognitive load. We finished the implementation in 6 hours, and were able to proceed with our gameplay testing.

Official concept art for the land

It’s not clear if these simulations were to help decide where to build in physical animatronic racers that will drive up beside riders, or, to test how Augmented Reality could allow computer generated racers to appear to be racing beside you. Regardless, it’s a fascinating look into how just two small aspects of a much larger project were progressing back in 2018.

The same page also goes on to explain how the motion base and VR headset was used to help prototype the motion profile for one of the rides being designed for Universal’s Epic Universe. It states that: “The attraction design team was able to try a dozen motion patterns over a 3-day window to inform the ride design process.”

See our previous article and video to learn more about what the Mario Kart ride might be like.

Stay tuned for continuing coverage of Super Nintendo World, coming to Universal Parks around the world. Subscribe to the news feed, or enter your email address below, to never miss an update. Select Images and quotes: andybiar.com | Information Source: themeparx.com | Official Images: Universal