A new segment is coming to Star Tours – The Adventures Continue starting December 20th. The ride will be updated at Disney’s Hollywood Studios, as well as other locations at Disney parks around the world.

The new scene will feature the ocean moon Kef Bir, a location from the upcoming film, Star Wars: The Rise of Skywalker, which will be opening in theaters on the same day. The ride has been updated with a new scene following the release of the previous two films in the Skywalker saga, but this will mark the first time the ride will have been updated since the opening of Star Wars: Galaxy’s Edge. See more information about the change below, and stay tuned for more theme park news and updates! 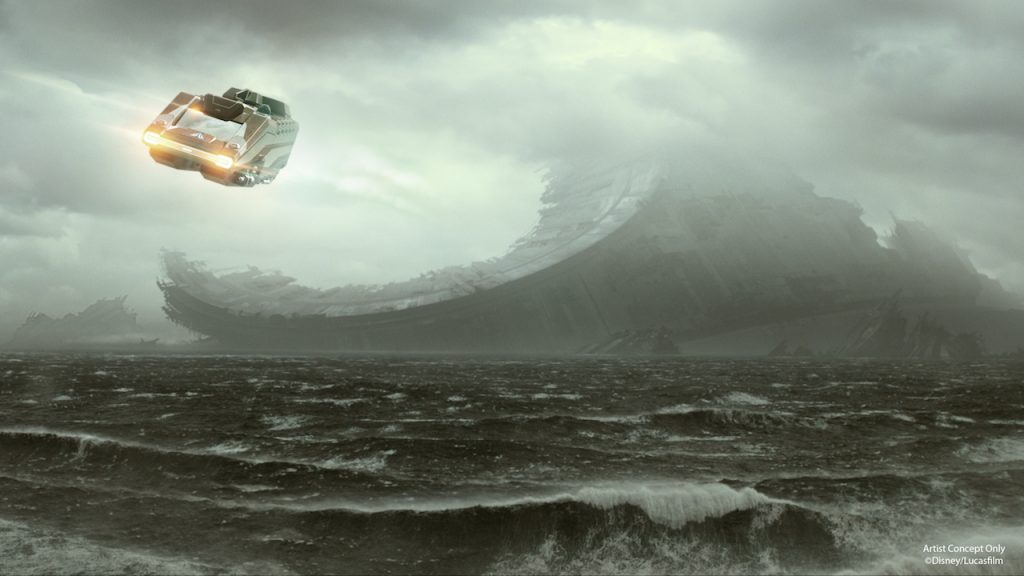 Since the launch of Star Tours – The Adventures Continue, we’ve had a great time partnering with Lucasfilm and Industrial Light & Magic to update the attraction with new and exciting destinations. Passengers who board the Starspeeder 1000 never know where in the galaxy their pilot C-3PO and navigator R2-D2 will take them. We’ve added flights to Jakku, Crait and even Batuu! Along the way, we’ve encountered many of our favorite characters from the Skywalker saga.

I know that many of you are as excited as I am about the December 20th film launch of Star Wars: The Rise of Skywalker. Today I’m equally excited to announce that on the same December date, Star Tours – The Adventures Continue will be adding new destinations inspired by the latest episode of the Star Wars saga… at Disneyland Resort, Walt Disney World Resort, Disneyland Paris and Tokyo Disney Resort.

In the trailers for Star Wars: The Rise of Skywalker, you caught glimpses of the ocean moon Kef Bir. All I can say at this point is that Starspeeders will be heading there soon!

Stay tuned for more theme park news and updates! Subscribe to the news feed or enter your email below to never miss an update. Photo: Disney