The Bourne Stuntacular show at Universal Studios Florida opened its doors this afternoon to general park guests for the first time. The show was originally going to open sooner, but it was delayed due to park closures during the global pandemic.

This new stunt show features live actors, special effects, and a massive LED screen to blend virtual sets with real life action. Additional safety precautions are being taken during the new show to help protect guests and team members including social distancing and a limited theater capacity. It has also been reported that many of the actors and stunt performers are wearing face coverings during the show when in close contact with one another. 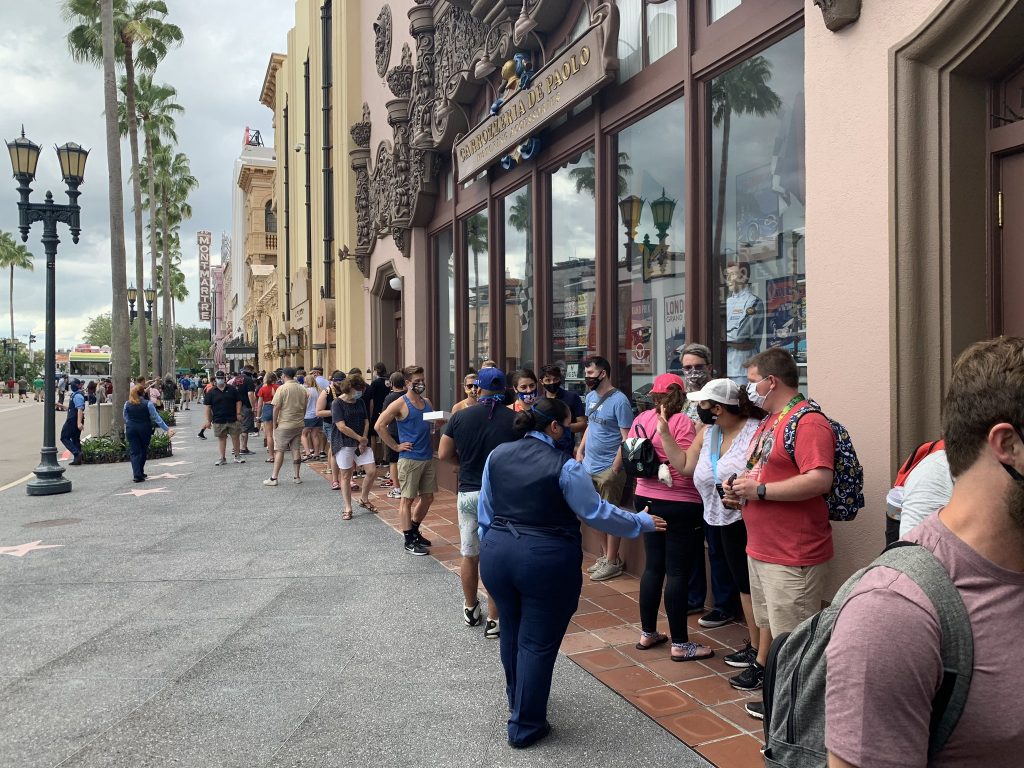 Guests lined up prior to being let in to see the show, Photo: @RunawayRailway1

Since the show is currently running as a soft open, or “technical rehearsal” as Universal calls it, there may be a limited number of showtimes per day, or none at all while the show is running in this testing phase. Certain effects or show elements may also not be running during this time. An official grand opening date for the show has not yet been announced, and there is no guarantee that the show will be running during your visit. 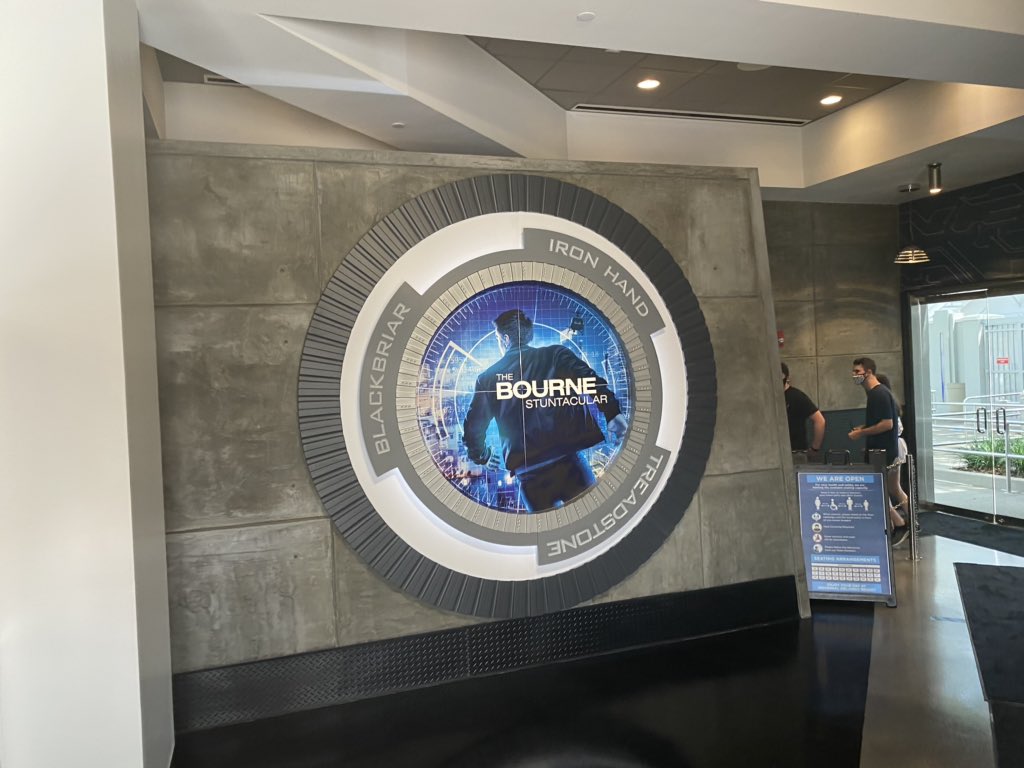 Entering the queue for the attraction, Photo: @ThemeParkShark 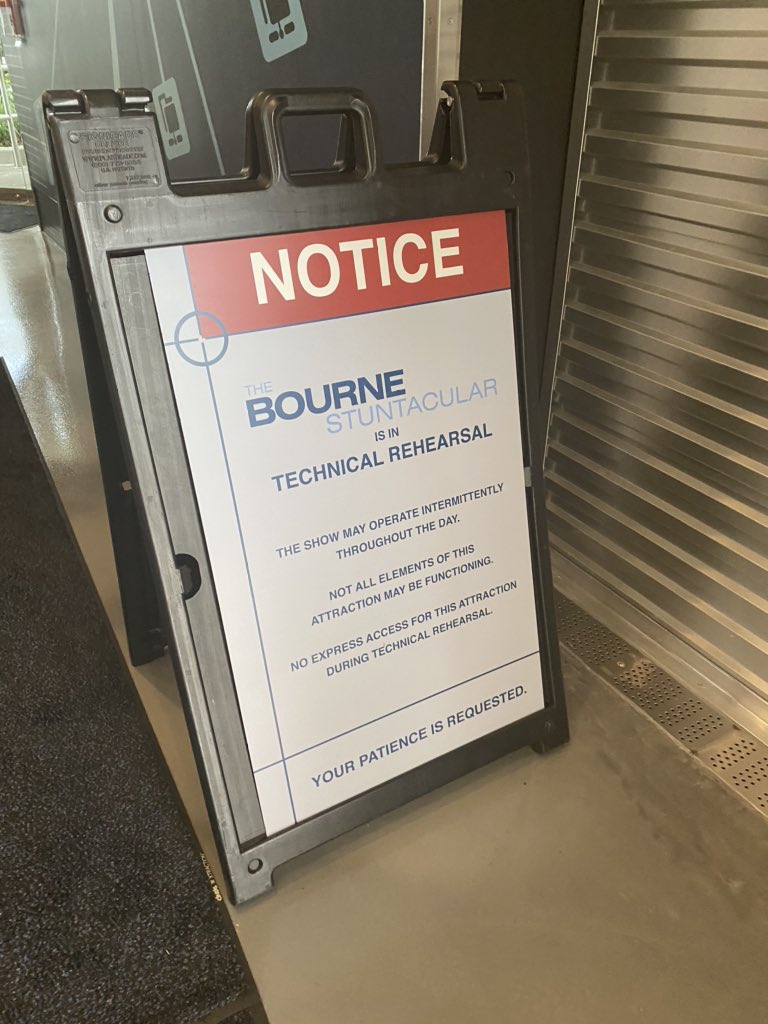 This show is running in Technical Rehearsals, Photo: @ThemeParkShark

Here is an official description for the show:

THE CHASE IS ON.

This live-action stunt show leaves audiences marveling, “How on earth did they do that?” Through a cutting-edge fusion of stagecraft and film, you follow our hero Jason Bourne across three continents as sinister characters pursue him, hoping to bring him in. He dangles from a helicopter in Dubai before taking off on a thrilling car chase. You’ll see his acrobatic prowess as he’s chased across rooftops in Tangier. He’s pursued on his motorcycle through Virginia by both cops and villainous operatives. There are fistfights, shootouts and danger at every turn, all told in a perfectly synchronized execution that makes it impossible for your eye to discern where the live action ends and the screen begins. Forget what you know about stunt shows. Universal Orlando Resort isn’t just pushing boundaries with The Bourne Stuntacular. This show is charting new territory. 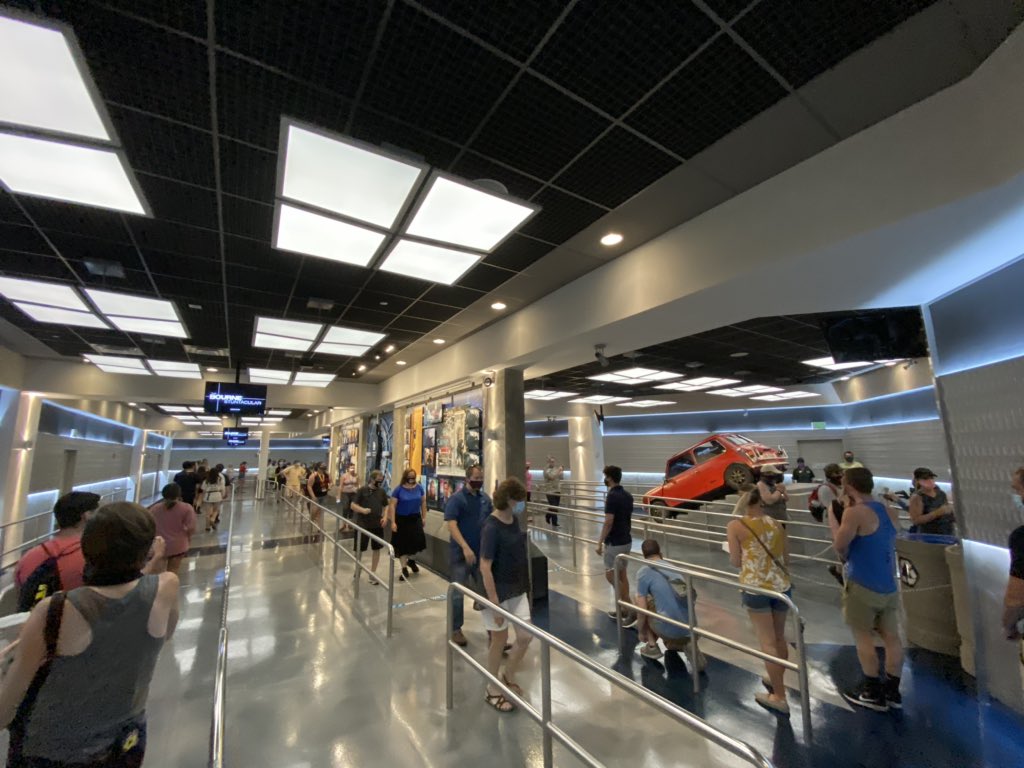 A section of the queue for The Bourne Stuntacular, Photo: @ThemeParkShark

The new show is located in the Hollywood section of Universal Studios Florida. It is replacing the Terminator 2: 3D show that closed back in October of 2017. The Bourne Stuntacular features stunt work by Action Horizons Stunts, the same folks behind the popular Waterworld Stunt Show in Universal Parks in Hollywood and around the world. 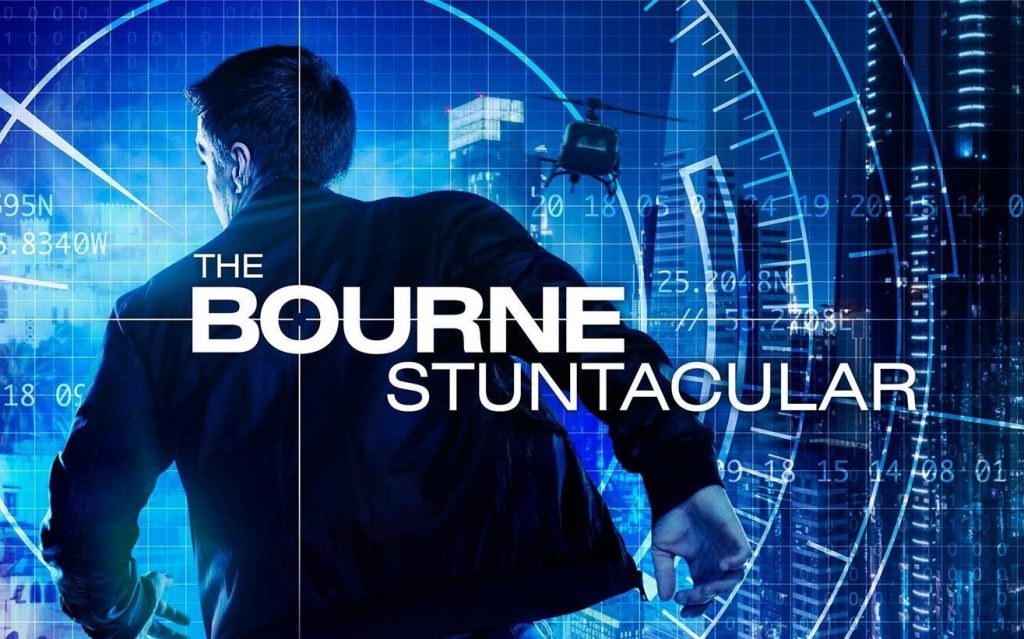 Stay tuned for more information about the grand opening for the new stunt show. Subscribe to the news feed or enter your email address below to never miss an update. Main image by @RunawayRailway1 | Official image by Universal Orlando | Other images as captioned