The Bourne Stuntacular is gearing up for its upcoming grand opening at Universal Studios Florida. While an official opening date has not yet been announced by Universal, the new stunt show’s exit gift shop has opened featuring branded merchandise.

In addition to new merchandise, we can also hear show testing going inside the theater through the show’s exit doors. Check out some of the photos and video from the new shop below, as well as rumors as to when The Bourne Stuntacular may open and when we could possibly see some soft openings. 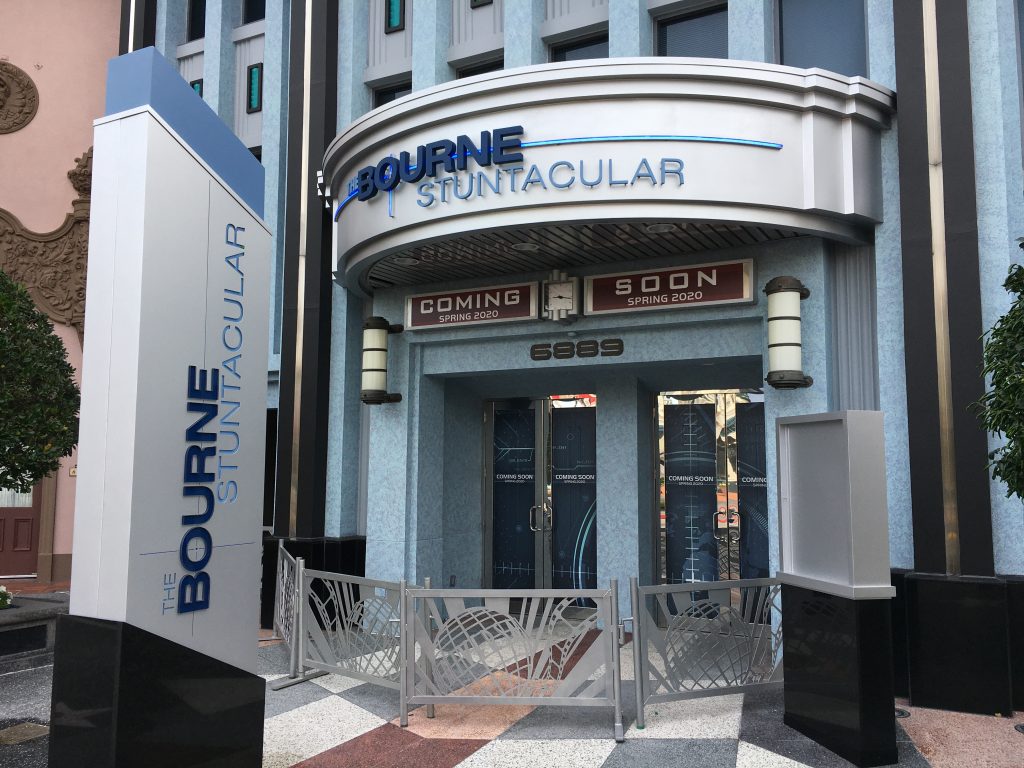 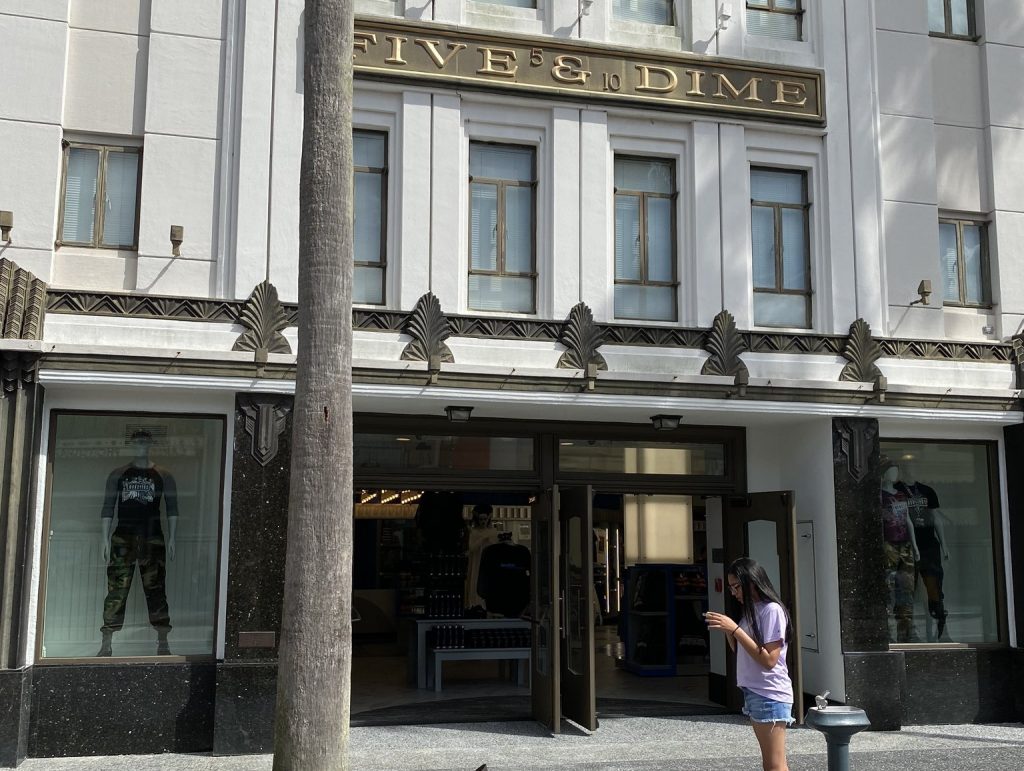 While the signs out front simply say “Coming Soon Spring 2020” there’s a lot of activity going on at the former site of Terminator 2: 3D at Universal Studios Florida. The exit gift shop for the new Bourne show, which has been behind work walls the prior few months, finally reopened yesterday. The newly refreshed space now features a set of double doors, moved registers, a new clean style, and new Bourne-related merchandise.

Universal Classic Monsters merchandise and character statues have remained in the left-half of the store, as the Horror Make-Up Show also empties its theater into this shop as well. 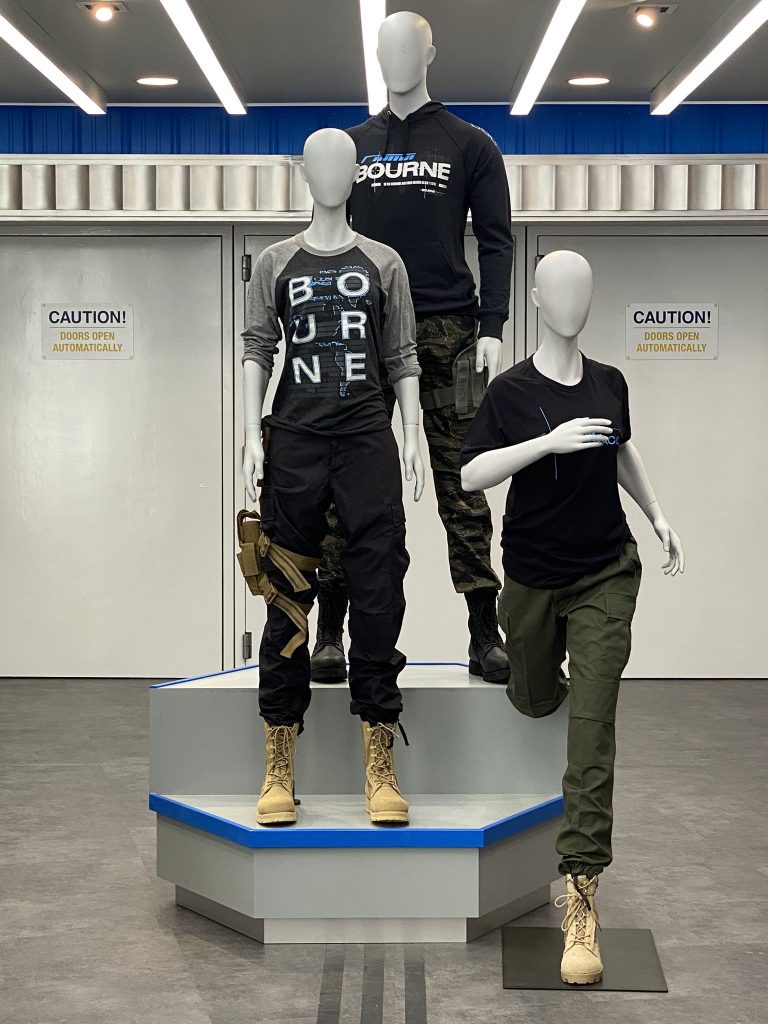 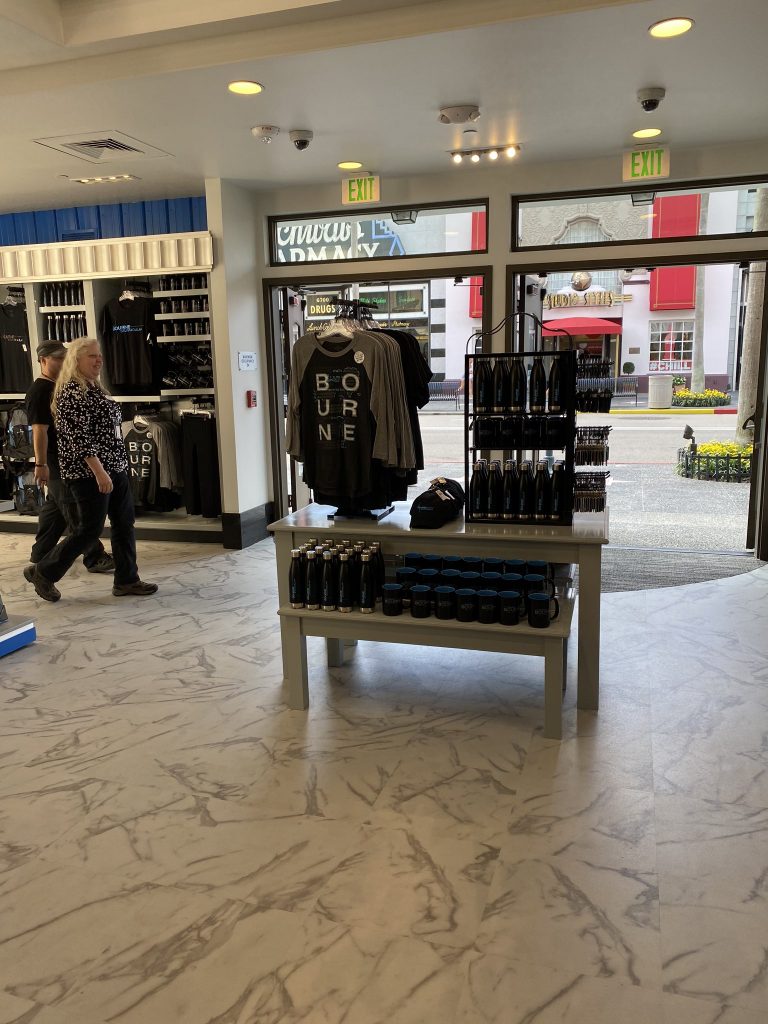 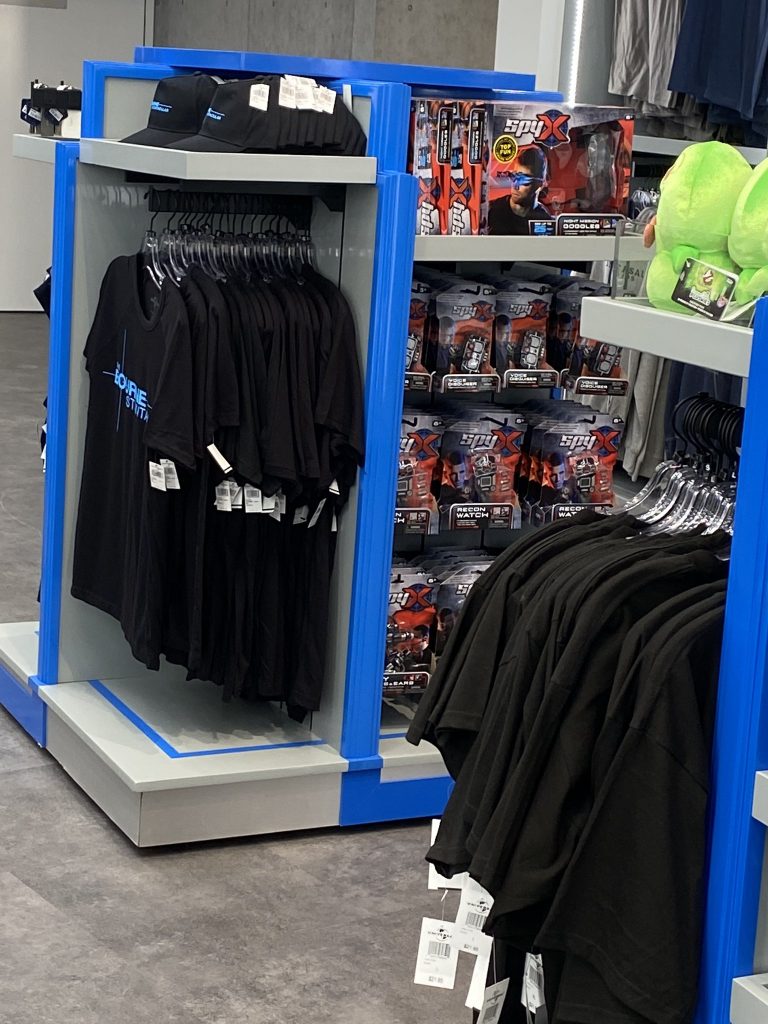 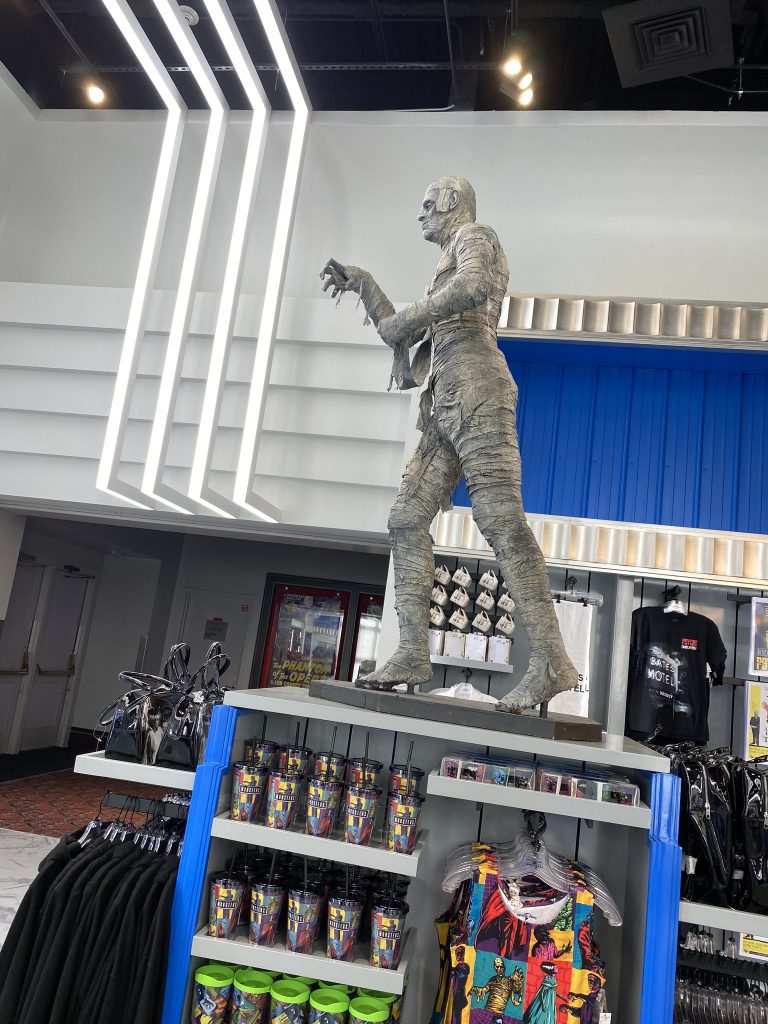 Yesterday, shortly after the new gift shop opened its doors, sounds of show testing could be heard behind the theater’s exit doors. Theme Park Shark was able to get some video of the sounds. Gunshots and explosion sound effects could be heard, along with music and prerecorded voices for the show. At the show’s conclusion the doors even blew open a few inches from the blast of a simulated explosion. Check out the video below.

Universal says the new show will be a “cutting-edge, edge-of-your-seat live show that will blur the lines between stage and cinema in a hybrid form of entertainment that has never been seen before.” It will contain live-action stunts, pyrotechnic effects, and digital media combined to create a show where it’s “impossible to determine where the live-action ends and the screen begins.”

Rumors say that Team Members may get to preview the show in the coming weeks. Soon after there may be a chance for regular guests to experience The Bourne Stuntacular before the official grand opening date. The Today Show will be broadcasting live from Universal Orlando next Friday, the 28th, and it is possible that an official opening date may be announced then. Rumors have had the opening date around March 11th or 12th, but that may not be accurate. 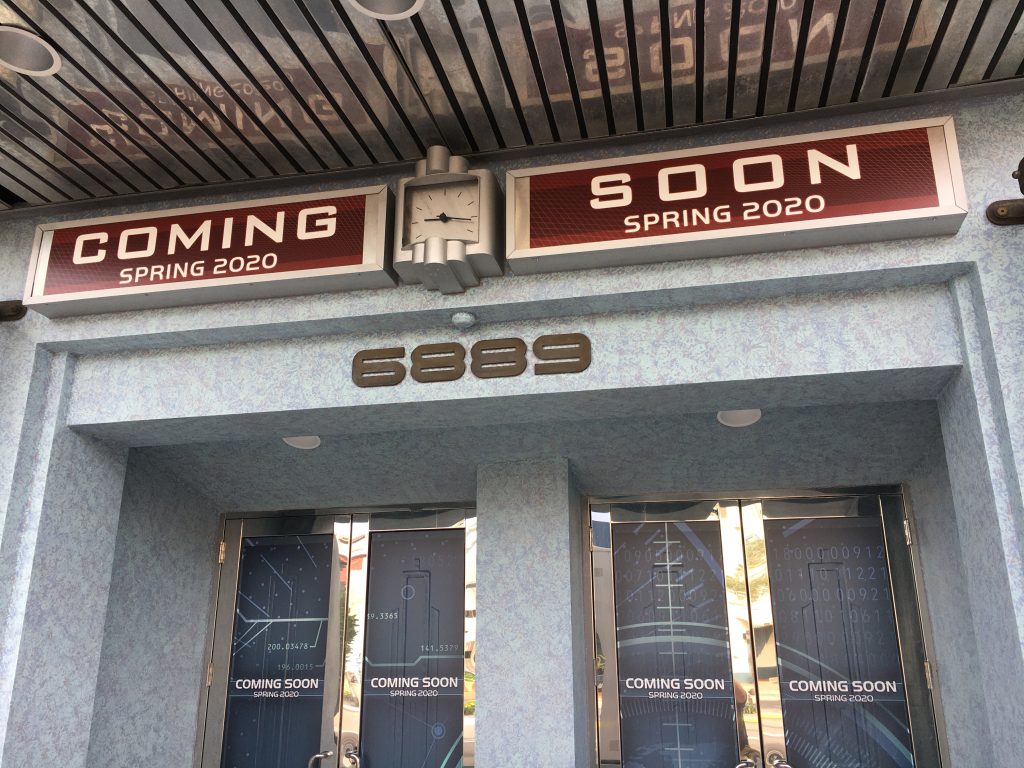 Stay tuned to the site and we will post as soon as we learn about soft openings, or “technical rehearsals” as Universal calls them. We will also post information about the official opening date as soon as it is announced, so stay tuned. For more details about what we can expect in the new show, check out our previous rumor article! 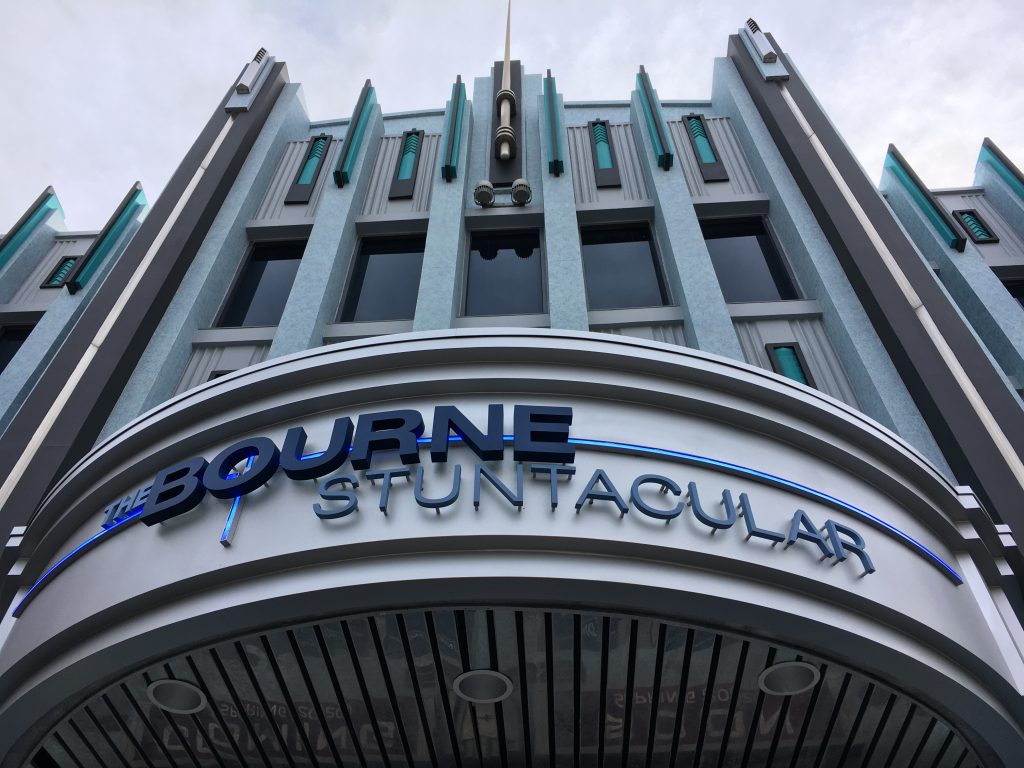 Subscribe to the news feed or enter your email below to never miss an update. Original Photos by Alicia Stella | Store Photos by @w1tchybaby