Universal Orlando’s second nighttime projection show for Hogwarts Castle is set to debut on Wednesday January 31, 2018. The Nighttime Lights at Hogwarts Castle celebrates the four houses of Hogwarts by transforming the castle in a dazzling display of lights, special effects and music. 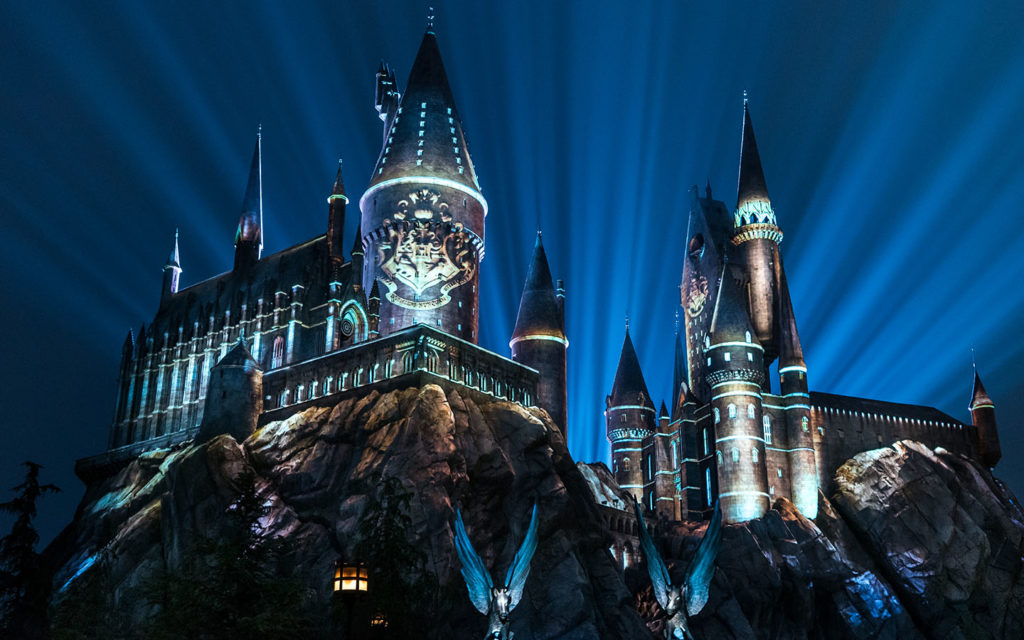 The Nighttime Lights at Hogwarts Castle

Get out your house robes and scarves – a new projection mapping experience is coming to The Wizarding World of Harry Potter at Universal Orlando Resort. As night falls, you’ll see the spirit of each house wrap itself around the castle. Gryffindor, Slytherin, Ravenclaw and Hufflepuff will all be represented, each house showcasing its pride in its own unique way. And of course, it’s all set to incredible music based on the original scores from the Harry Potter films.

This is the second projection mapping experience we’ve featured in The Wizarding World of Harry Potter. Over the holiday season, The Magic of Christmas at Hogwarts Castle made its debut at Universal Orlando. This brought Christmas moments inspired by the Harry Potter films to life. If you made it out here to see that magic, you won’t want to miss this. 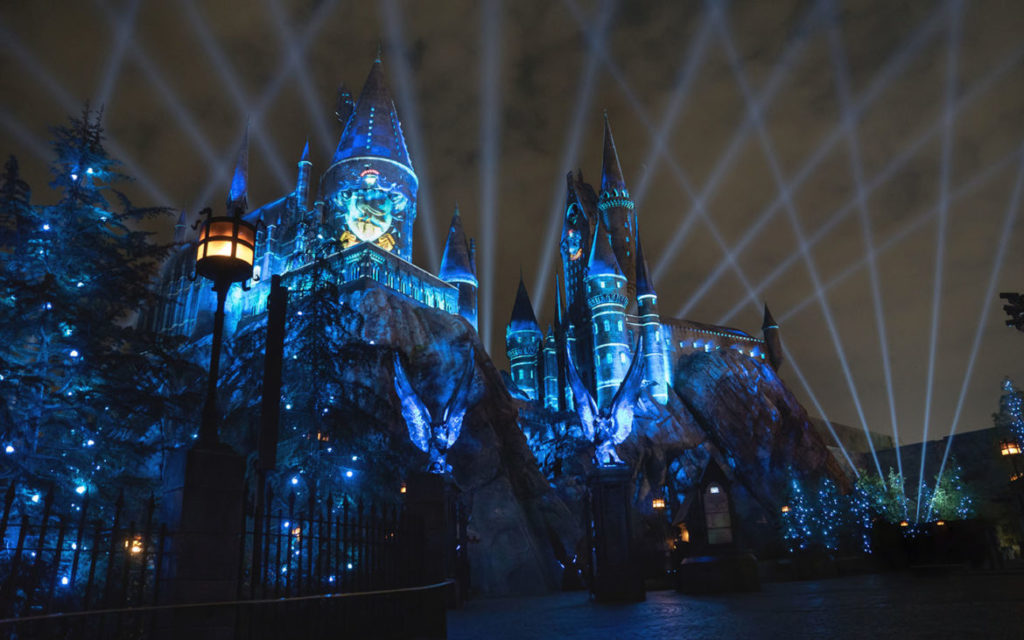 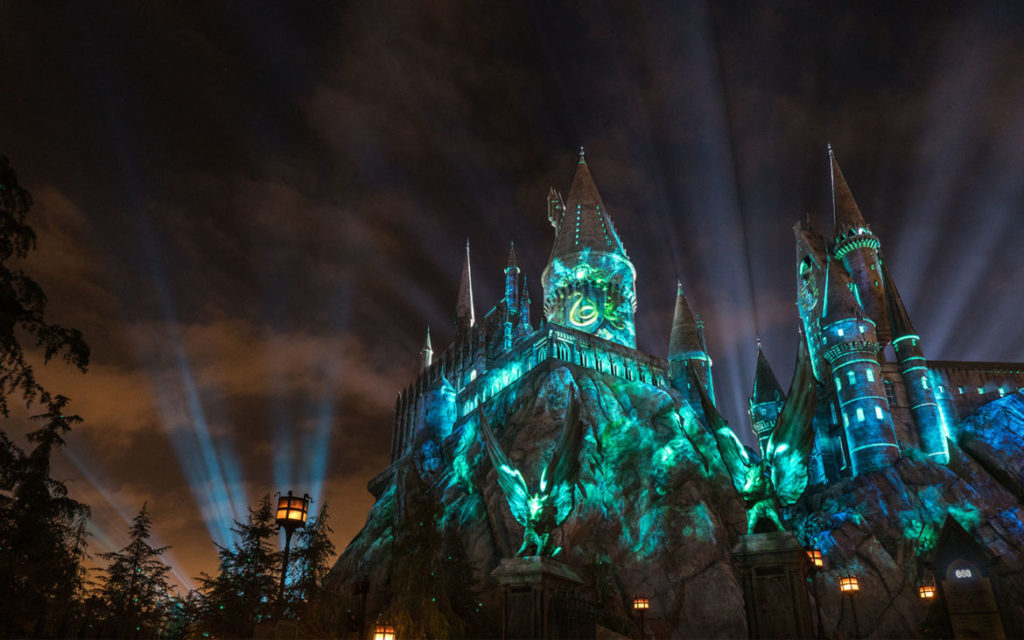 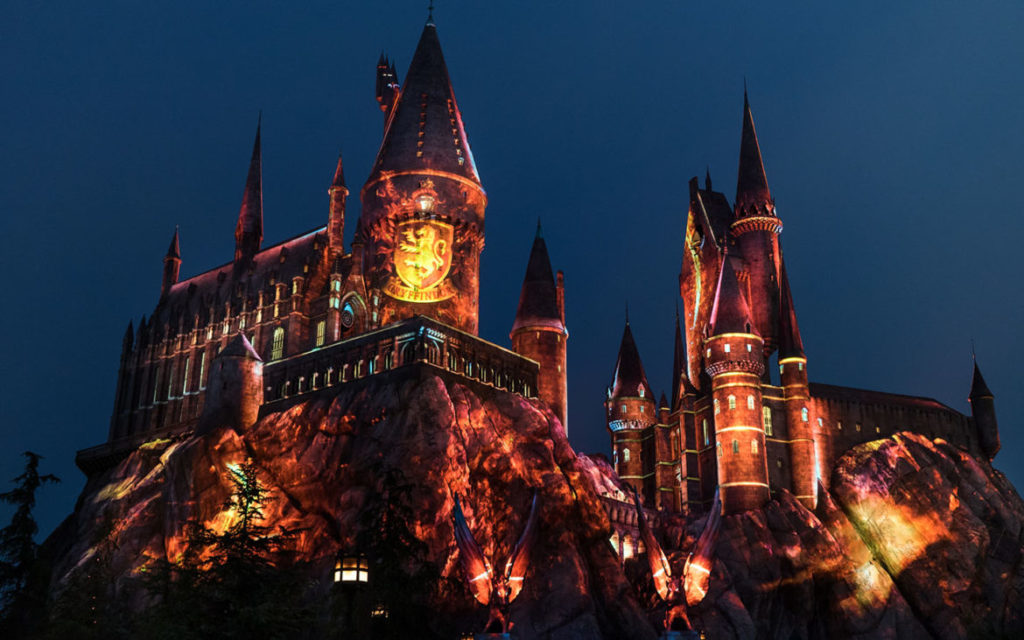 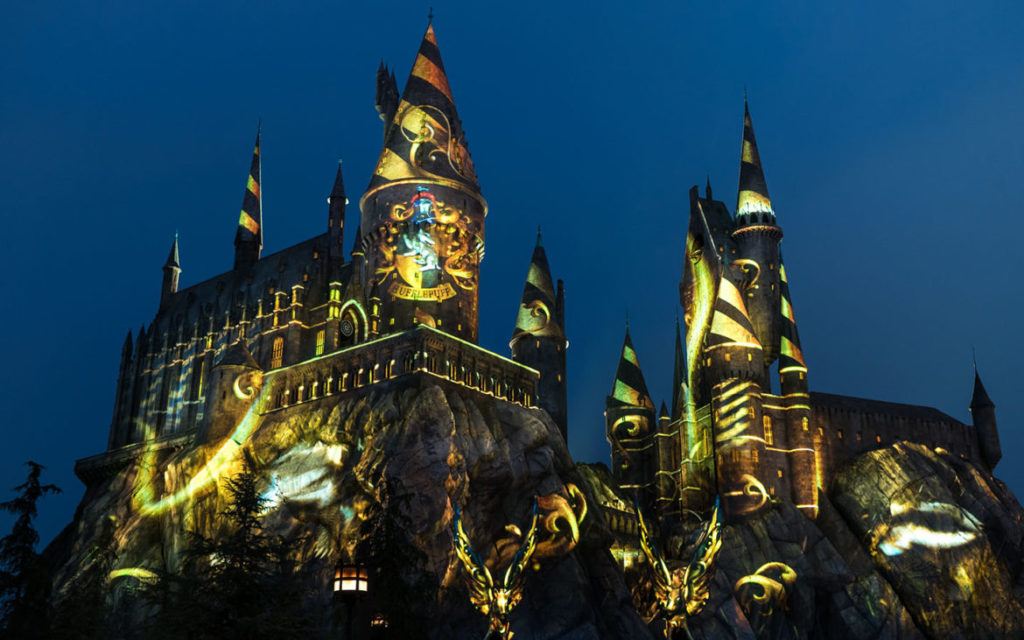 This nighttime show featuring the four houses first appeared at Universal Studios Hollywood for the grand opening of their Wizarding World. 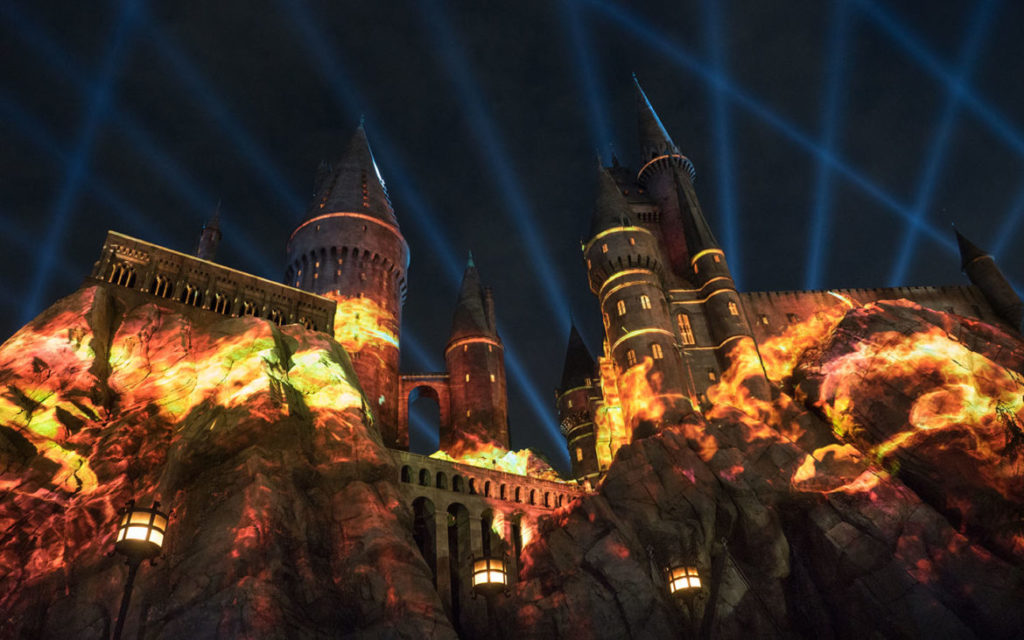 Stay tuned for more details and theme park news. Subscribe to our news feed or enter your email address below to never miss an update! And if you’re looking for tickets to Universal Orlando, check out Best of Orlando for the best prices. Photos and Details Universal