As I have previously reported a new attraction is under construction at Universal Studios Japan in the Jurassic Park area. Rumors are starting to spread that this will in fact be a B&M flying coaster, similar to Manta at SeaWorld Orlando. The ride will open in 2016, but an official announcement has not yet been made. No word yet on whether or not the ride will take place within the aviary, but given the fact that pteranodons are pictured on the construction walls, there’s a good chance that the ride will at least be themed after them, if not actually taking place in an aviary. Not only would a ride that creates the sensation of flying be a perfect fit for a pteranodon themed ride, but this will be a great tie-in to the smash hit film, Jurassic World. A key scene featured in the film depicts a large aviary where these flying reptiles escape and cause havoc. 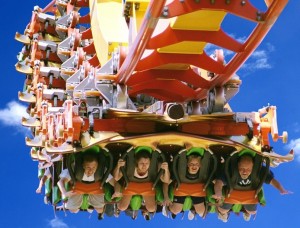 The original plans for a Pterosaur Flying Coaster were developed for Universal’s Islands of Adventure, before the park even opened in 1999. It was also going to be a Bolliger & Mabillard flying coaster, and would’ve been the first of its kind in Central Florida, ten years before SeaWorld would open Manta. The ride was to take place in the huge aviary, (or at least appear to,) and feature several near misses with some large scary animatronic pteranodons that would bite at you, right before you take a last minute turn away from them to safety. Since this idea was originally conceived, two more sequels in the franchise, Jurassic Park 3 and Jurassic World have featured aviary sequences of their own. So it’s no surprise we’re seeing the idea resurface now, all these years later. 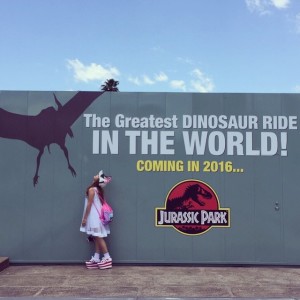 With the huge continuing success of the Jurassic World movie, it would be interesting to see if Universal Creative takes the leap and actually puts an Indominus rex and/or a crashing helicopter into the ride, to further tie it in with the new film. They are calling this The Greatest Dinosaur Ride in the World on the construction walls, and a few elements like that certainly would help to make it true. Video and light projection effects of hundreds of Pterosaurs escaping the aviary after that point would make for an interesting visual as well, but these are just my own personal ideas.

Why Japan? Why not Orlando or Hollywood? Well, Hollywood is busy renovating their tram tour and opening the new Fast and Furious finale for the tour. They also just finished their own Springfield area and are hard at work completing their very own Wizarding World of Harry Potter… Not to mention the fact that they are running out of room to expand and fast. Orlando is a different story. Water park, new hotel, and City Walk sports bar aside, the only major construction being done is for the new King Kong ride, which unfortunately, is being built on the very expansion pad that the original Pteranodon Flying Coaster was supposed to go. The only other spot originally designated for Jurassic Park expansions has been taken up by the show building for Harry Potter and the Forbidden Journey.

I can wish and hope that we do get something like this here in Orlando though. It’s certainly possible. SeaWorld Orlando managed to shove Manta smack dab in the middle of their park, where there was seemingly no room at all. The track curves around guest walkways which makes the ride not only interesting to the riders but for guests on the ground as well. It’s possible that Islands of Adventure could put the queue and ride station for a ride like this where the remainder of the unused Triceratops Encounter is now, or tear down the Pizza counter service restaurant they have to make room, with the first and last parts of the attraction taking place in the aviary area, but allowing the coaster cars to “escape” and travel throughout Jurassic Park for the majority of the ride. 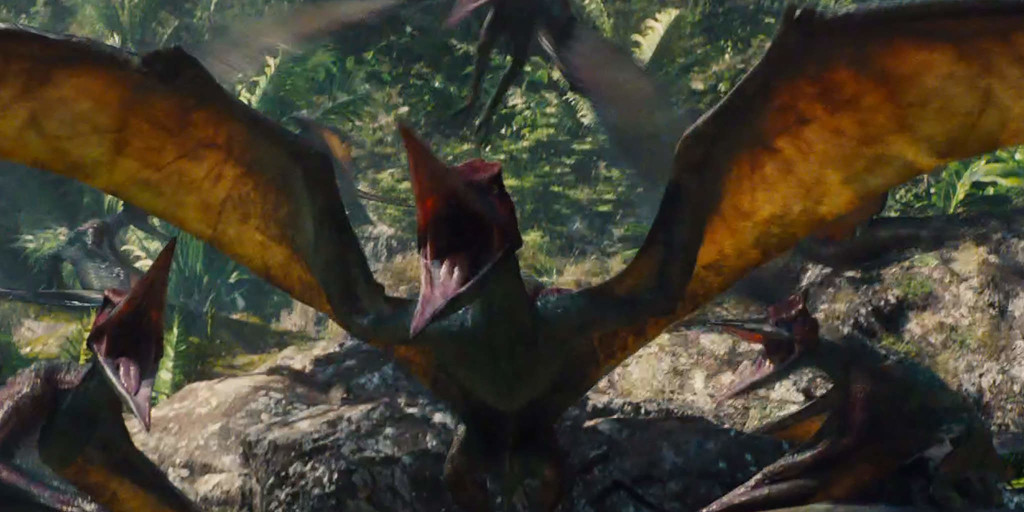 Who knows how it will go. Japan will be the first to get the new attraction and you can stay tuned here for continuing updates as they happen. In the meantime, let’s hope the good folks here in Orlando figure out how to make a Gyrosphere ride at IOA, and that they strike while the iron is hot!

See my previous article on the subject here!