Own a piece of history! You can now buy the actual flying cow from the finale scene of Twister… Ride it Out at Universal Studios Florida. The cow, along with the flying Dororthy III from the end scene, are on sale at the newly opened Williams of Hollywood Prop Shop inside Universal Studios. You can own the high-wire cow for just a measly $4,999.99! That’s all. The Dorothy III is a steal at only $2,999.99. That is, if they haven’t been sold yet. These pictures were taken yesterday, Saturday January 9th. So hurry up! I also got some new pictures of the future home of Race Through New York Starring Jimmy Fallon. See all the images below and stay tuned for more theme park updates all this week! 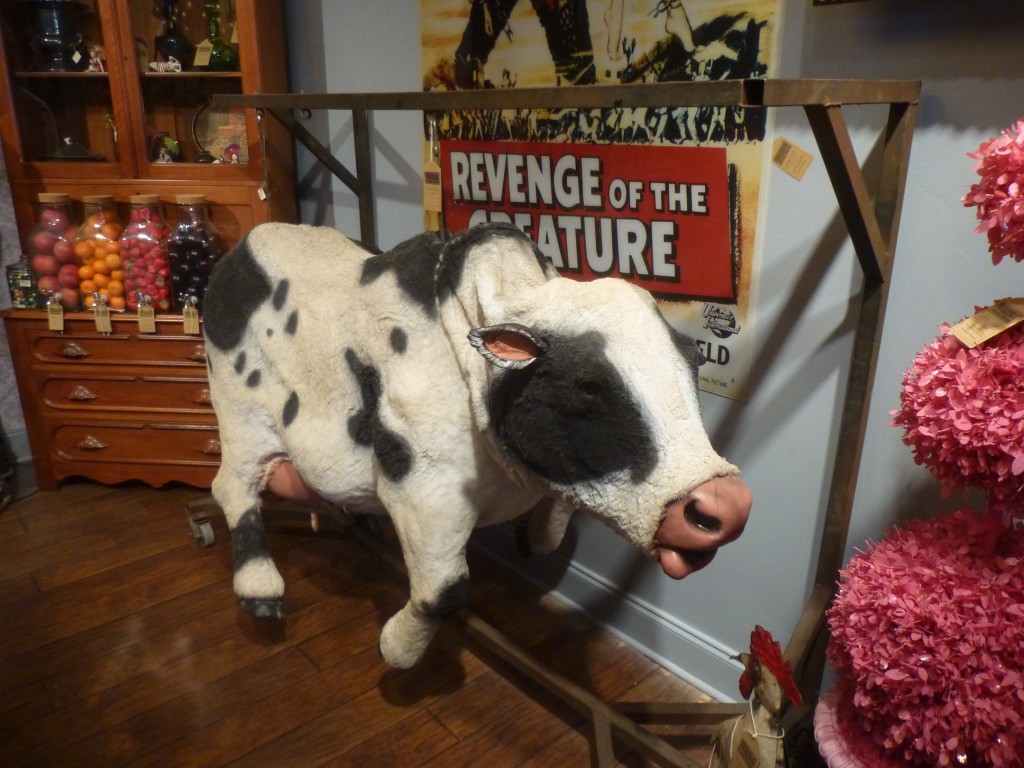 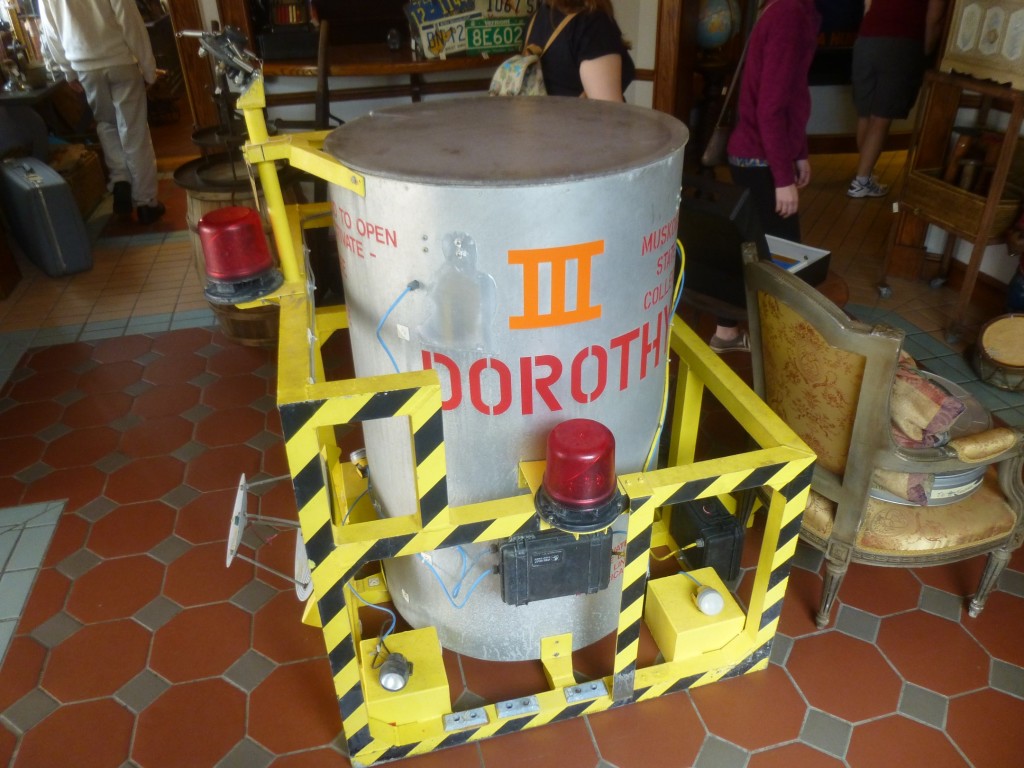 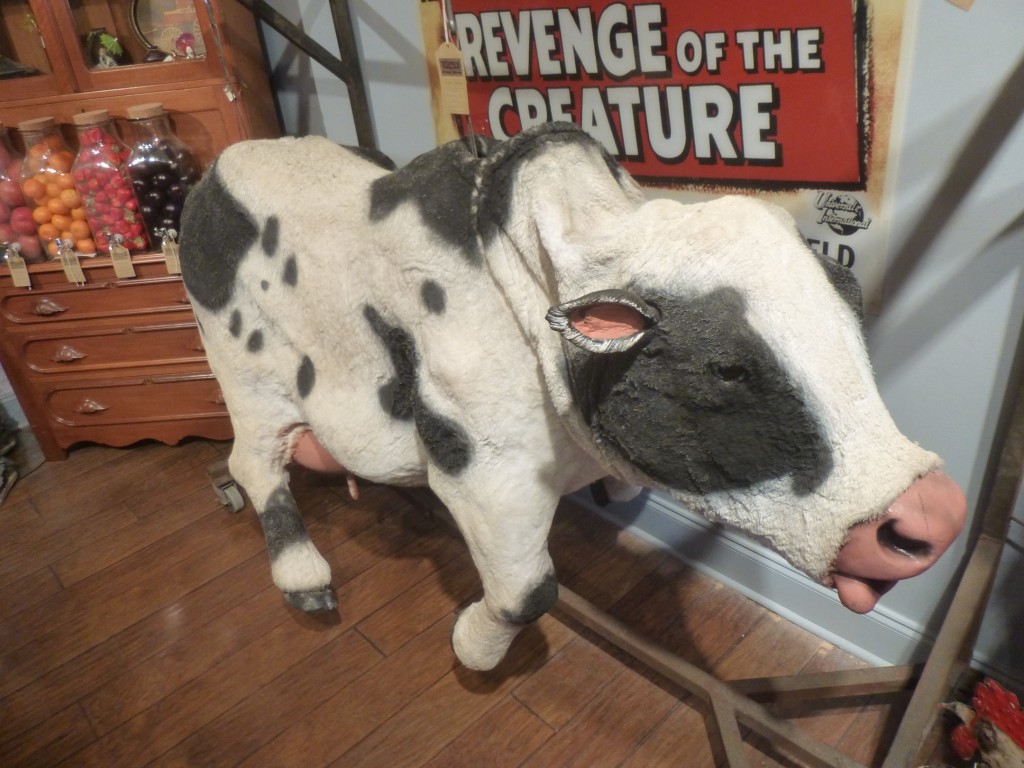 It’s actually got real fur. For a cow that looks so fake it’s pretty realistic in person 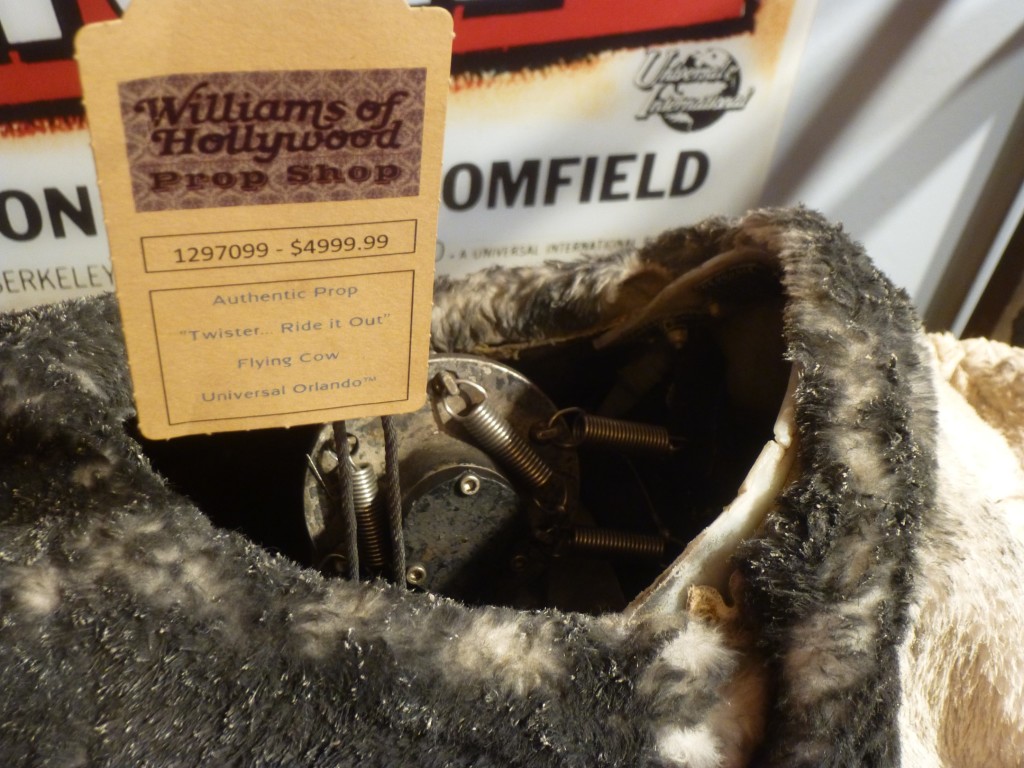 Price tag, and a view of some of the simple mechanics inside 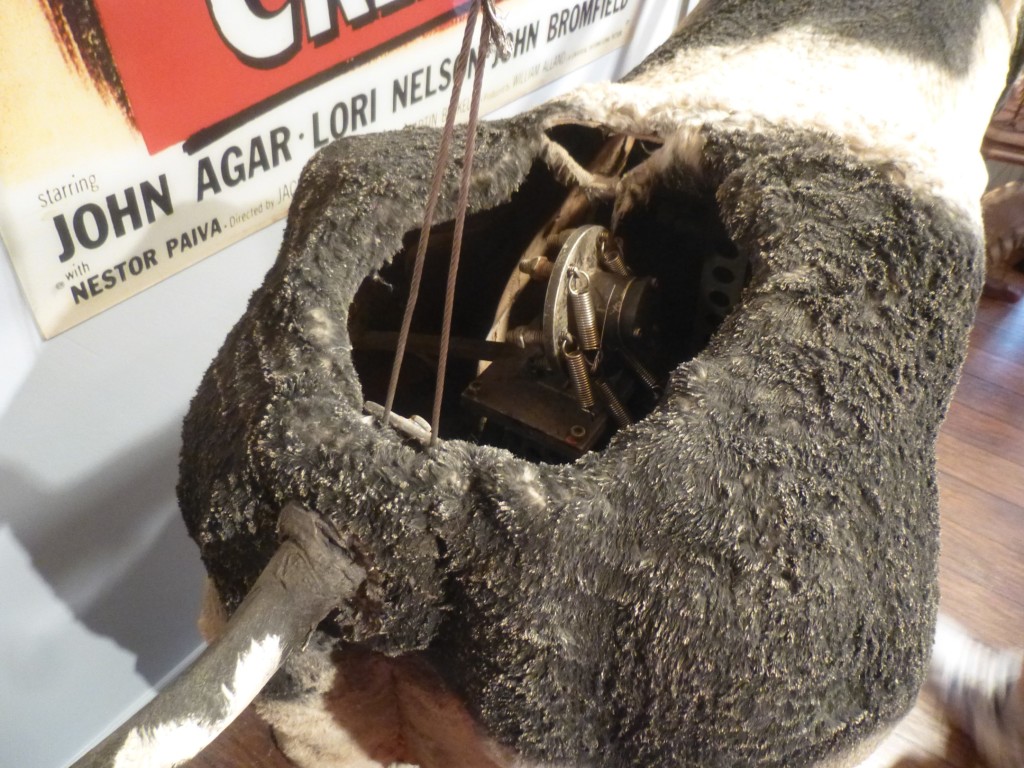 It was intended to have moving legs, although now sure I saw them move as much recently as they used to in the beginning 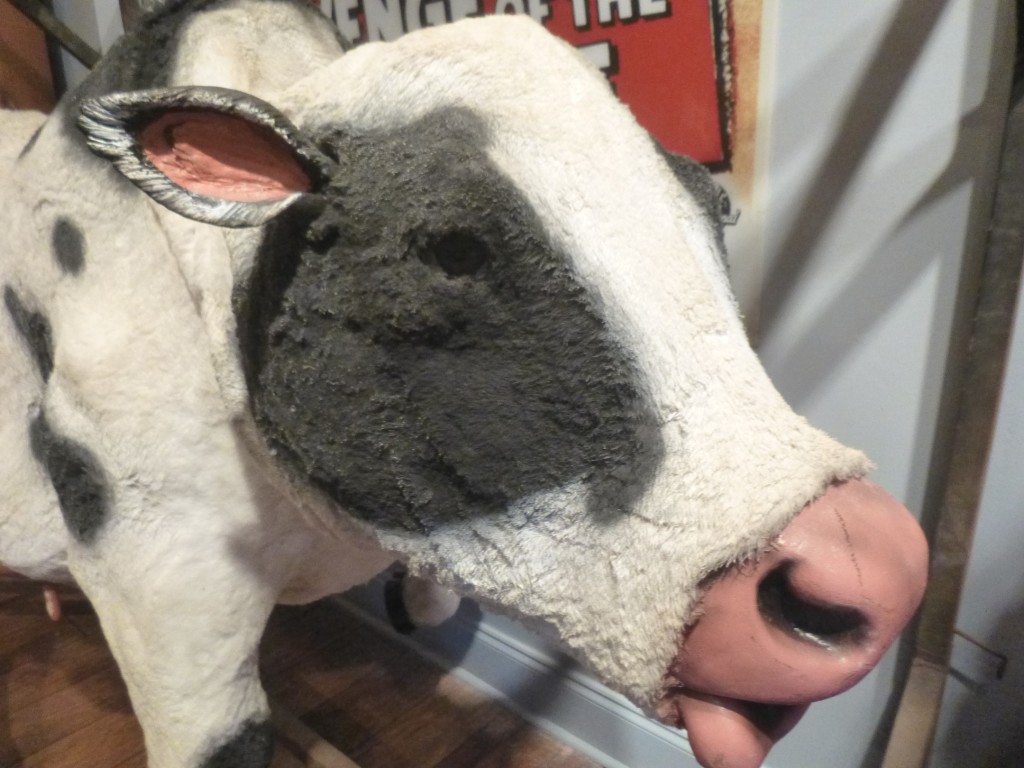 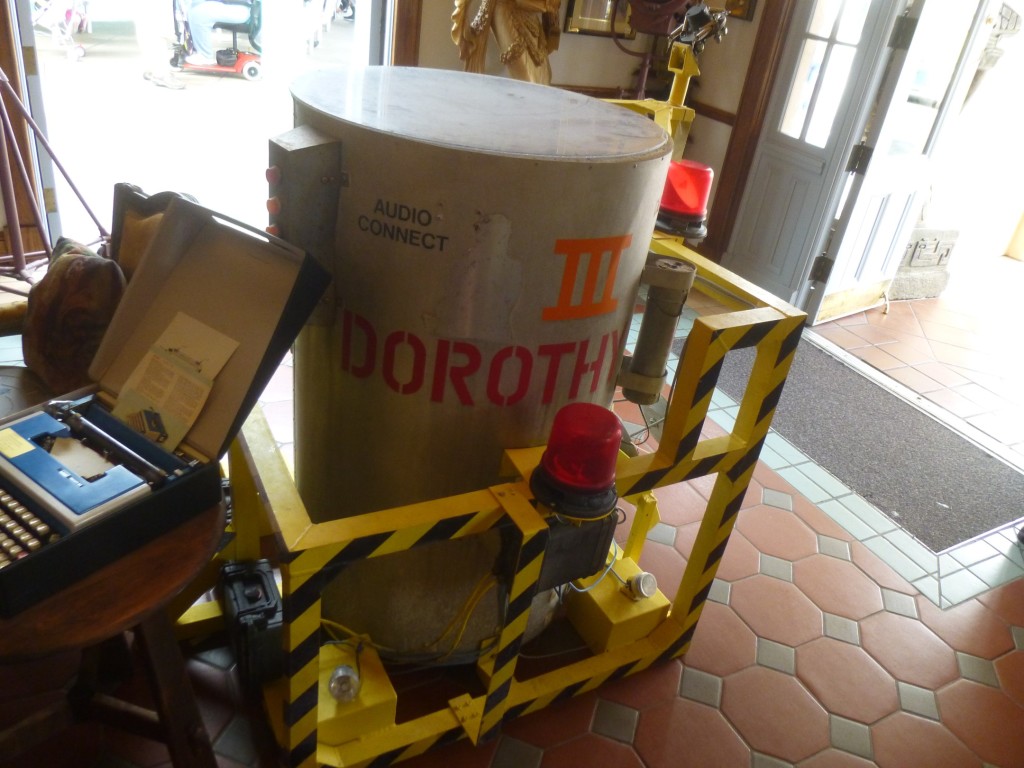 Dorothy III flew into the air during the end of the finale, proving Bill Paxton’s crazy invention could work 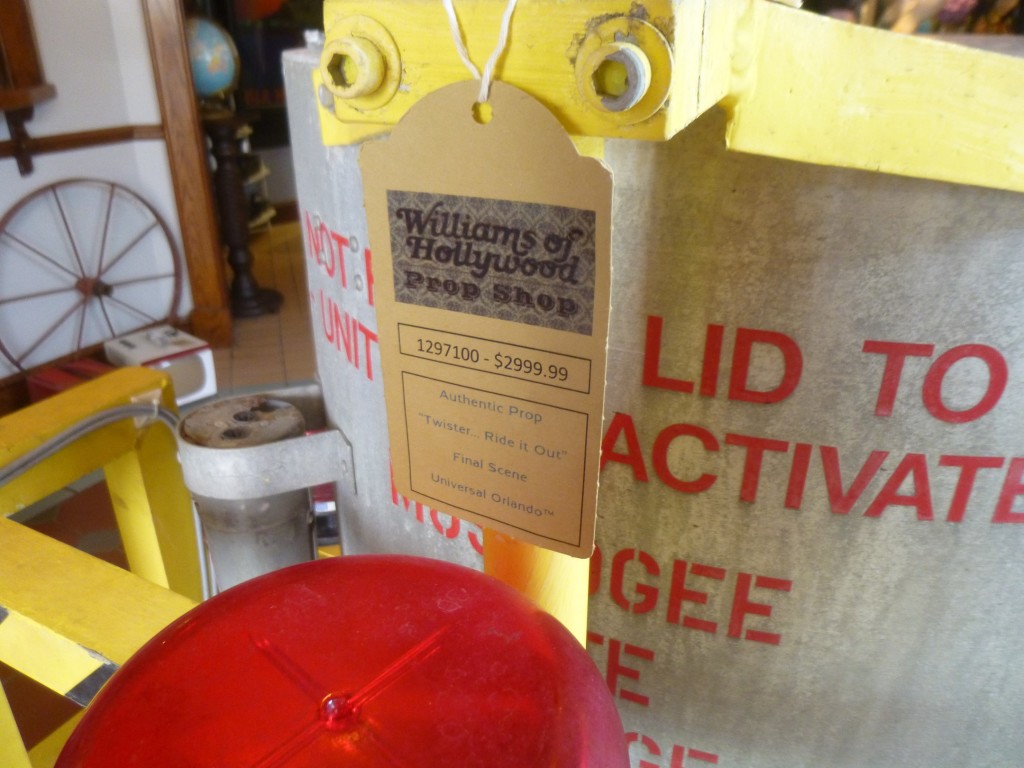 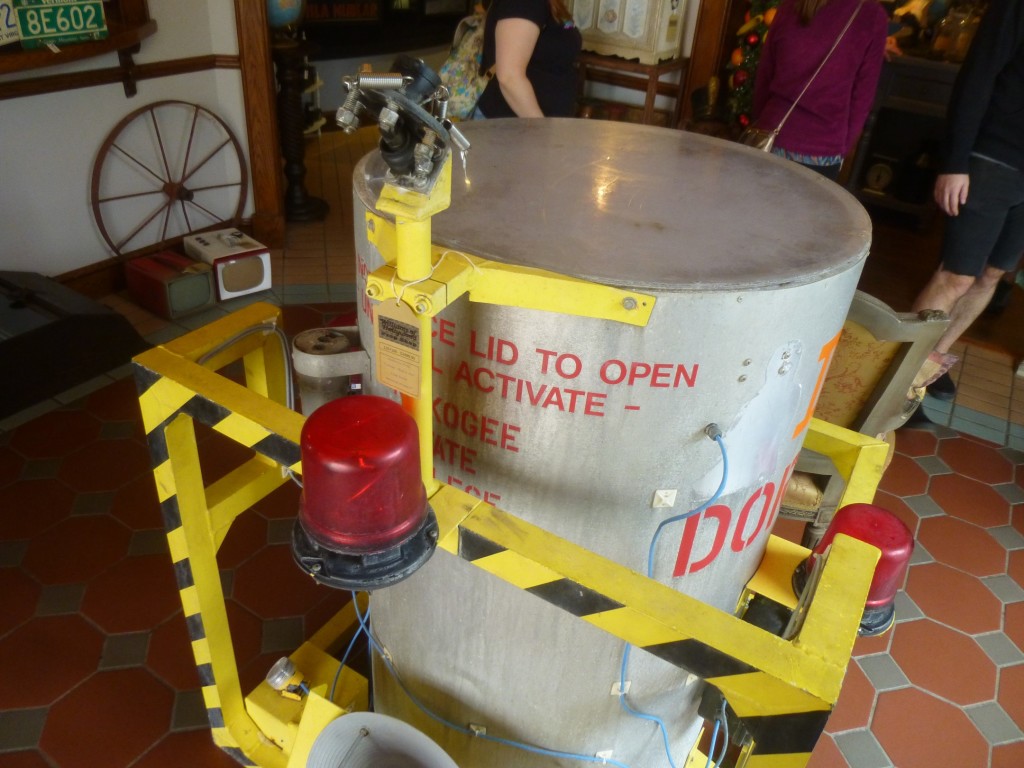 You can see the hook-up at the top, where it was suspended from

Own a piece of Universal’s history 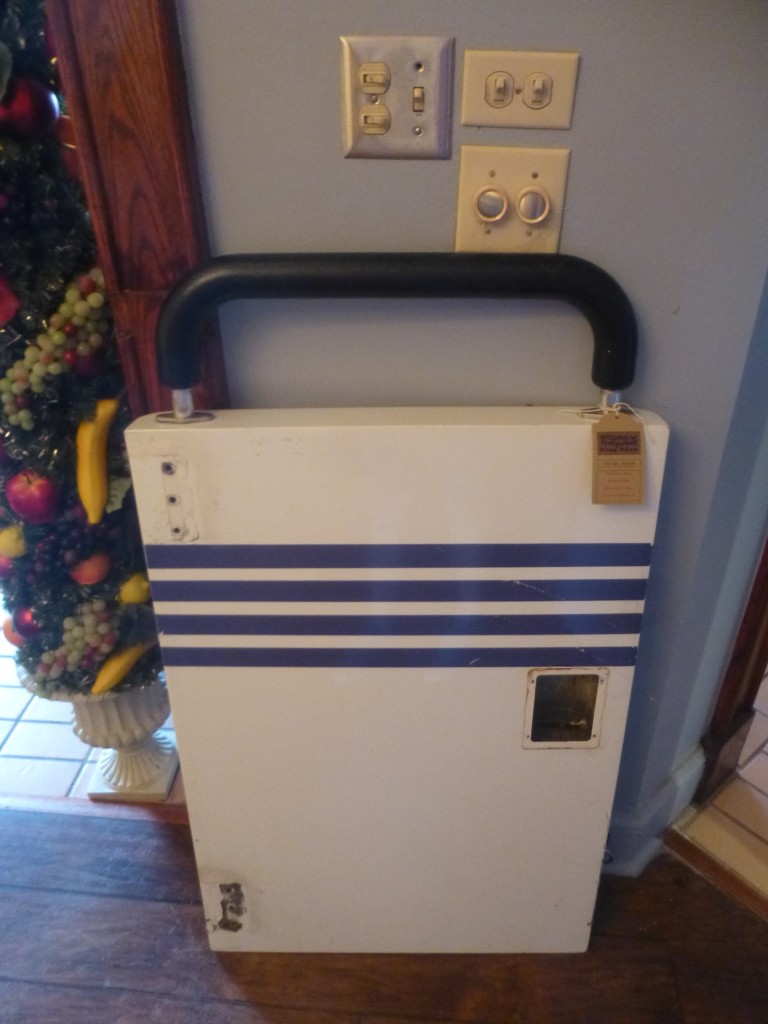 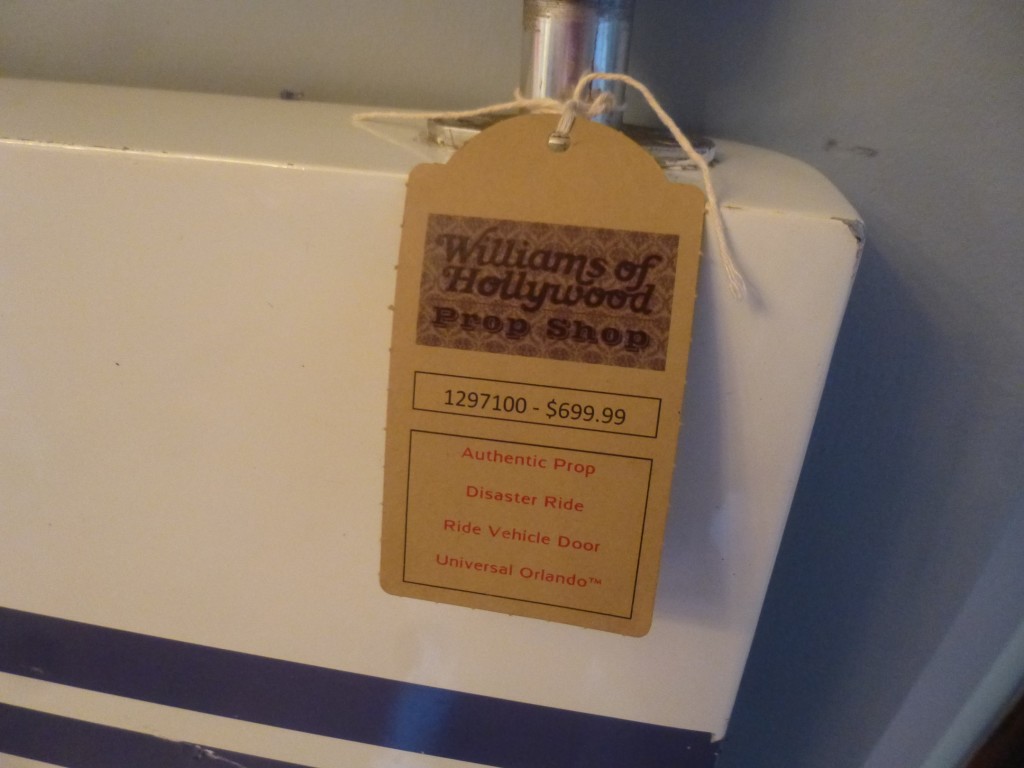 I can still hear the sound of crew members slamming them shut, one by one 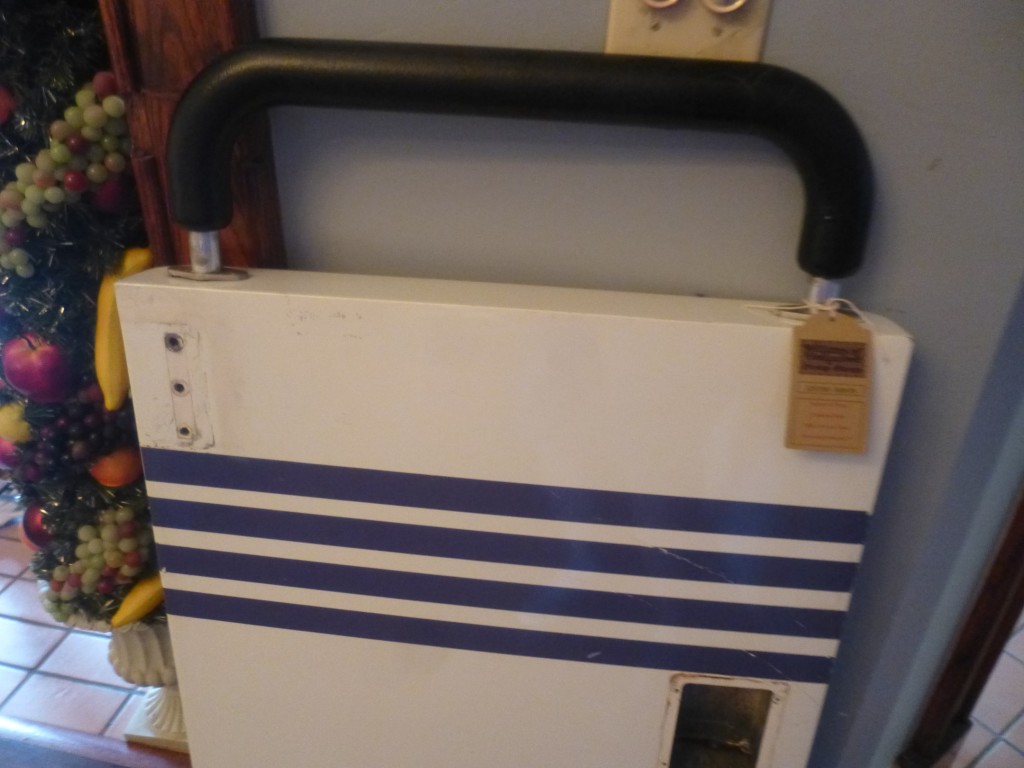 Something tells me as soon as they sell this one, it’ll be replaced with another, then another, and another… 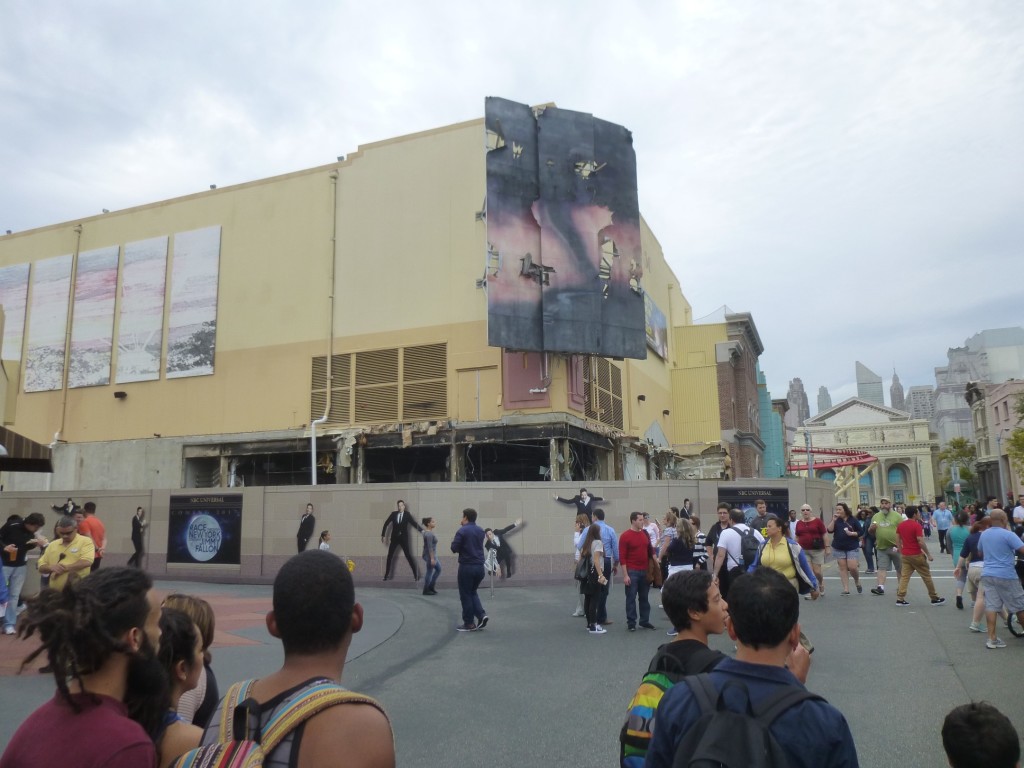 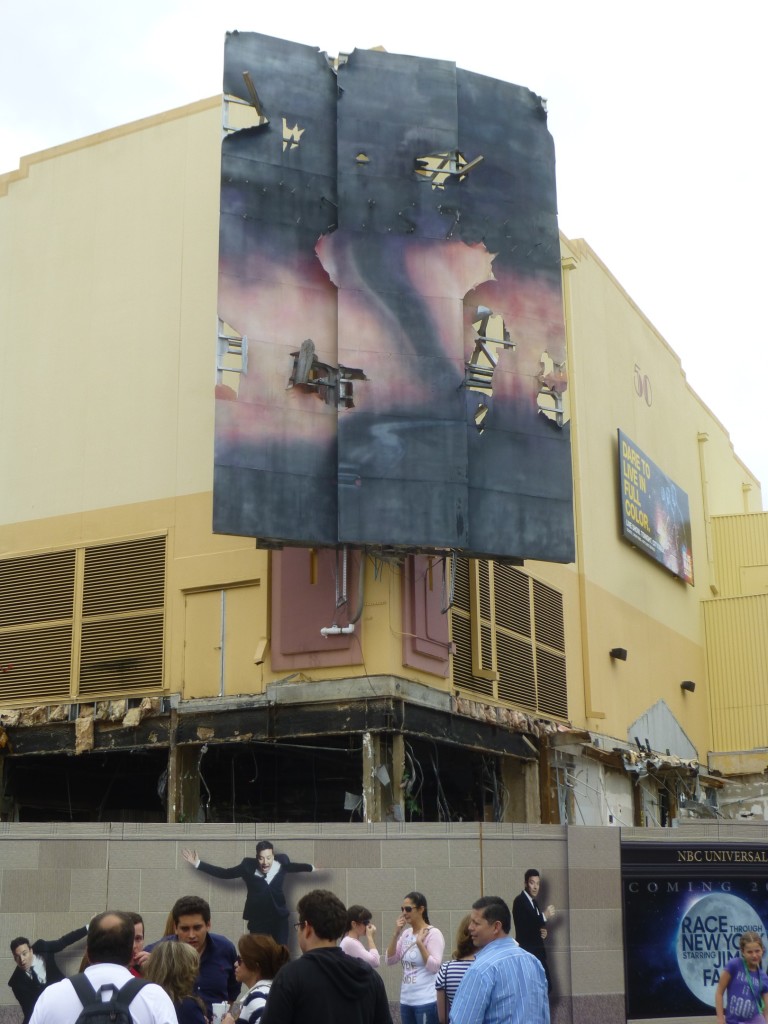 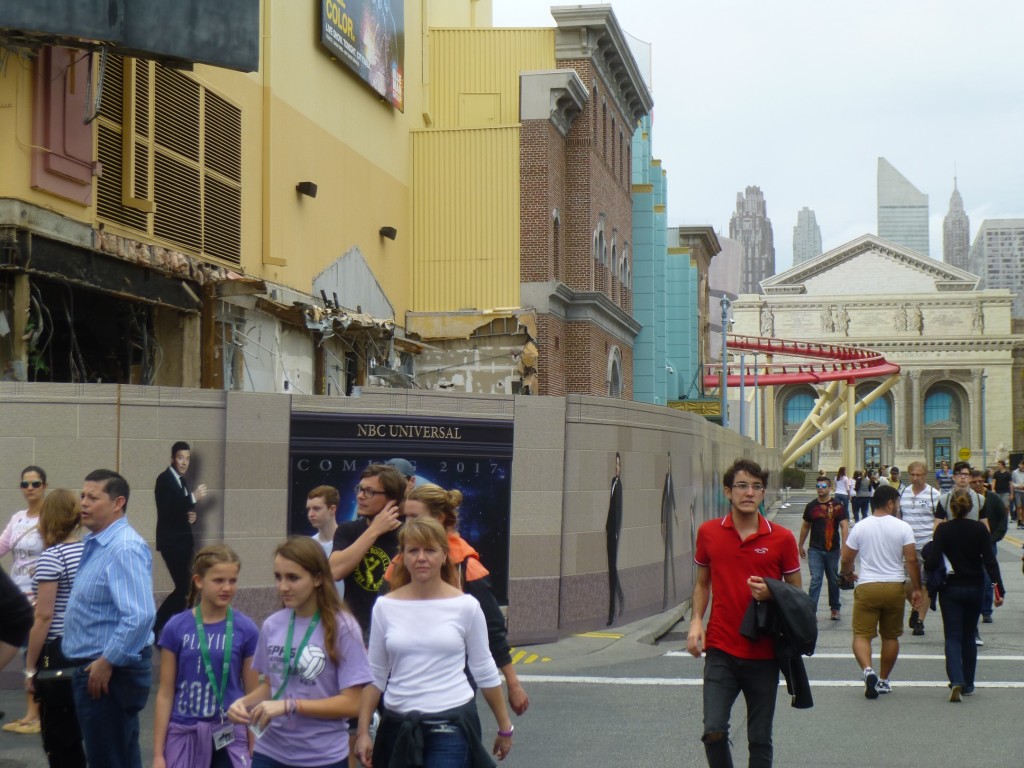 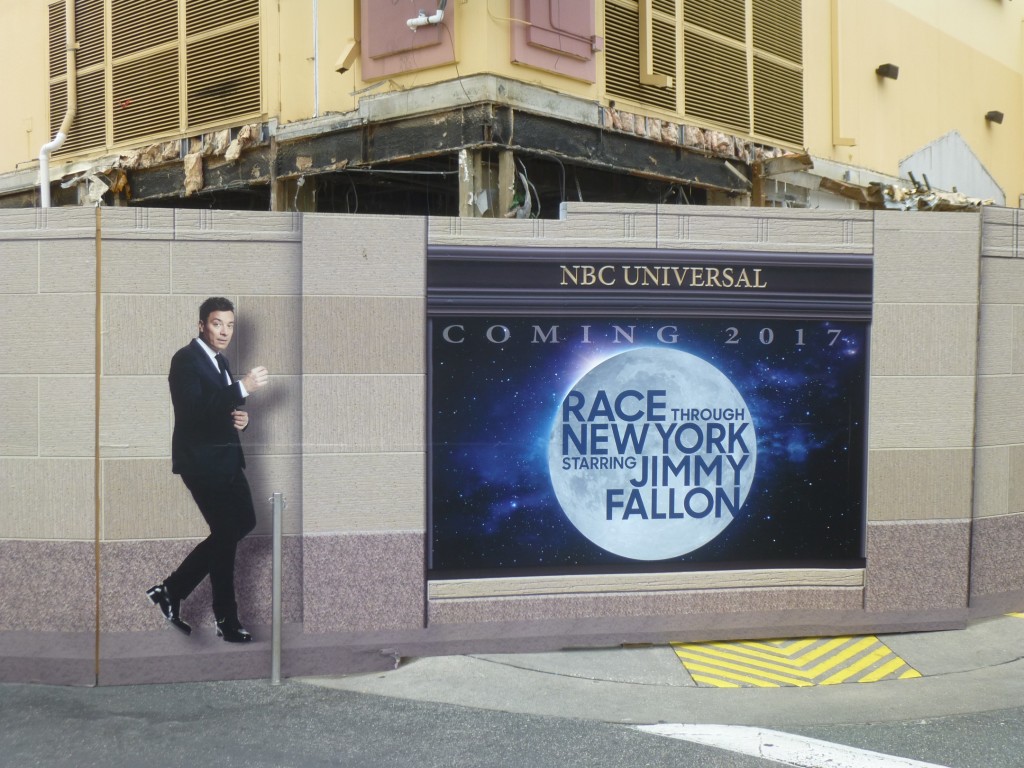 Race through New York with me, Jimmy Fallon 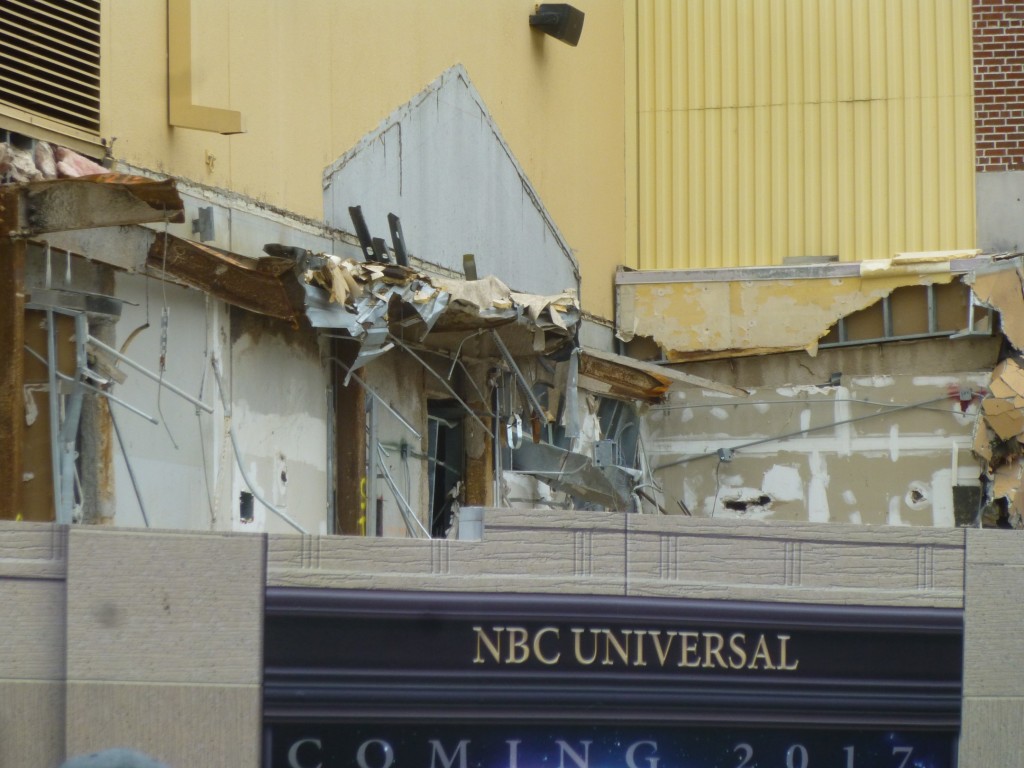 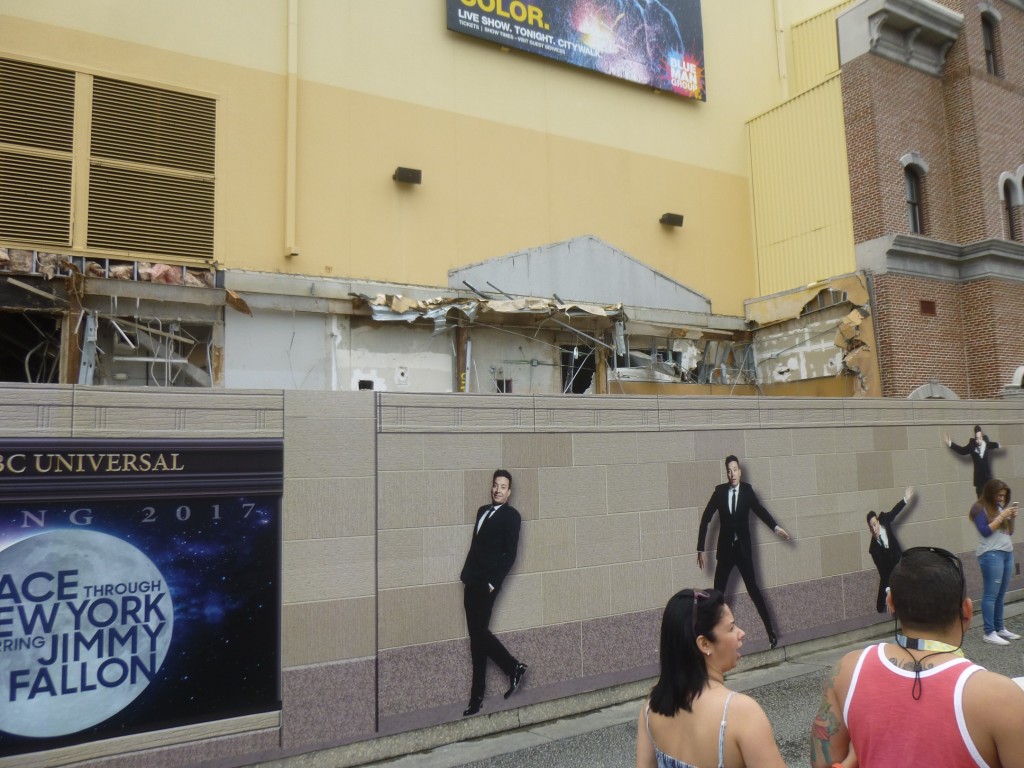 While there hasn’t been too much progress outside, we know the inside has been worked on, with cows and stuff removed and for sale 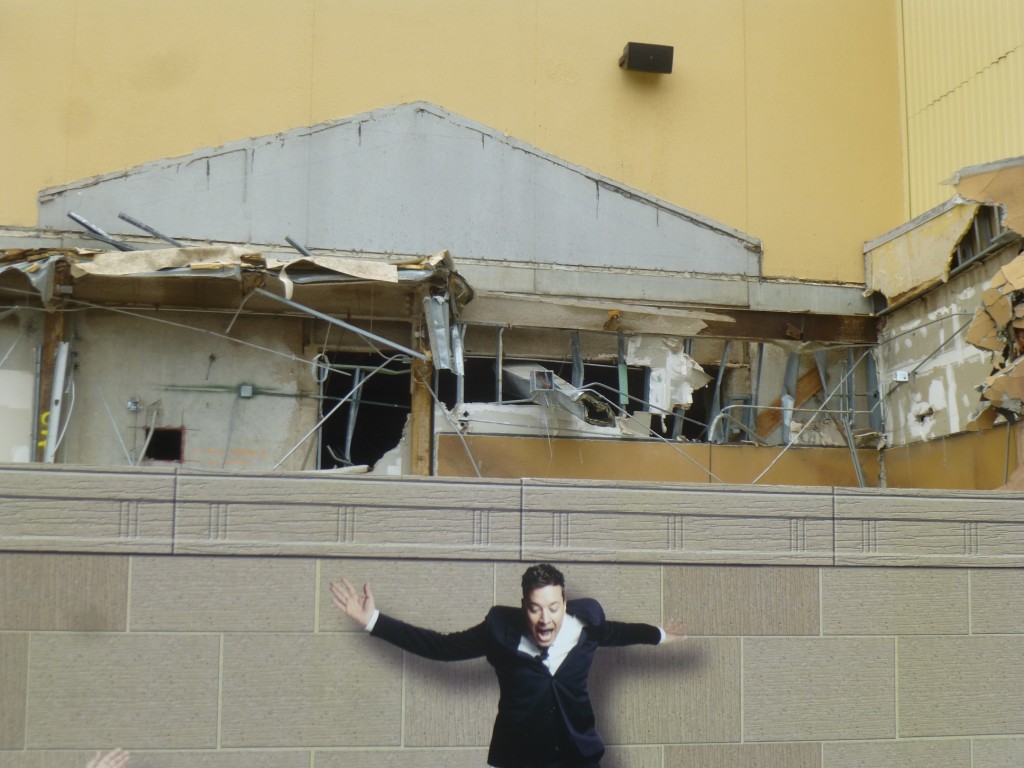 Not pictured: I believe the outdoor queue cover has also been removed recently 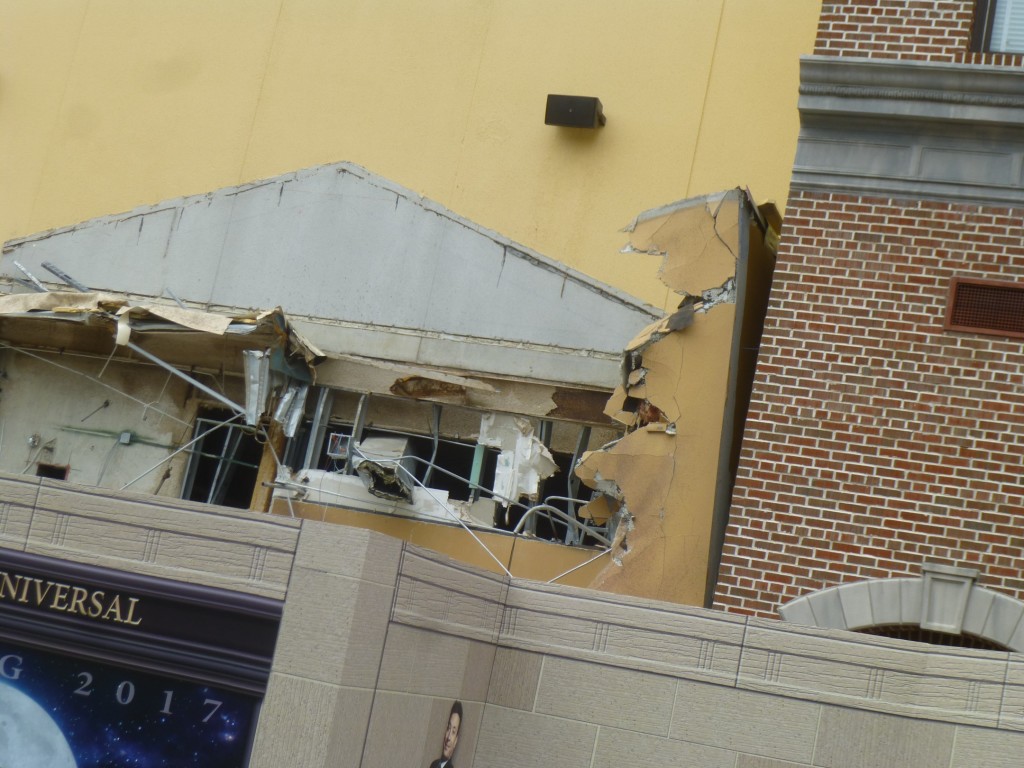 Still a lot of work to be done

That’s all for today’s update. Check back soon for more updates all this week!

Be sure to see the recent post and video featuring all of The Hulk Coaster’s track removed!

See all the Jimmy Fallon updates here and subscribe to the feed for more continual updates!