Fans of Universal Orlando know that the Tribute Store has been a staple of Halloween Horror Nights since 2015. Featuring elaborate theming and ever-changing concepts, it was like an extra haunted house for the event.

Starting in 2020, other annual celebrations got in on the fun, with the debuts of the Holiday Tribute Store, as well as ones for Mardi Gras, and eventually the Summer Tribute Store.

Located within the New York section of Universal Studios Florida, these immersive and highly-themed retail experiences quickly cemented themselves as permanent fixtures within these temporary events. But now, it seems that the biggest shake up for the Tribute Store since the addition of the fourth room is on the way: The Tribute Store is moving. UPDATE: See the video version of this story below for additional details. 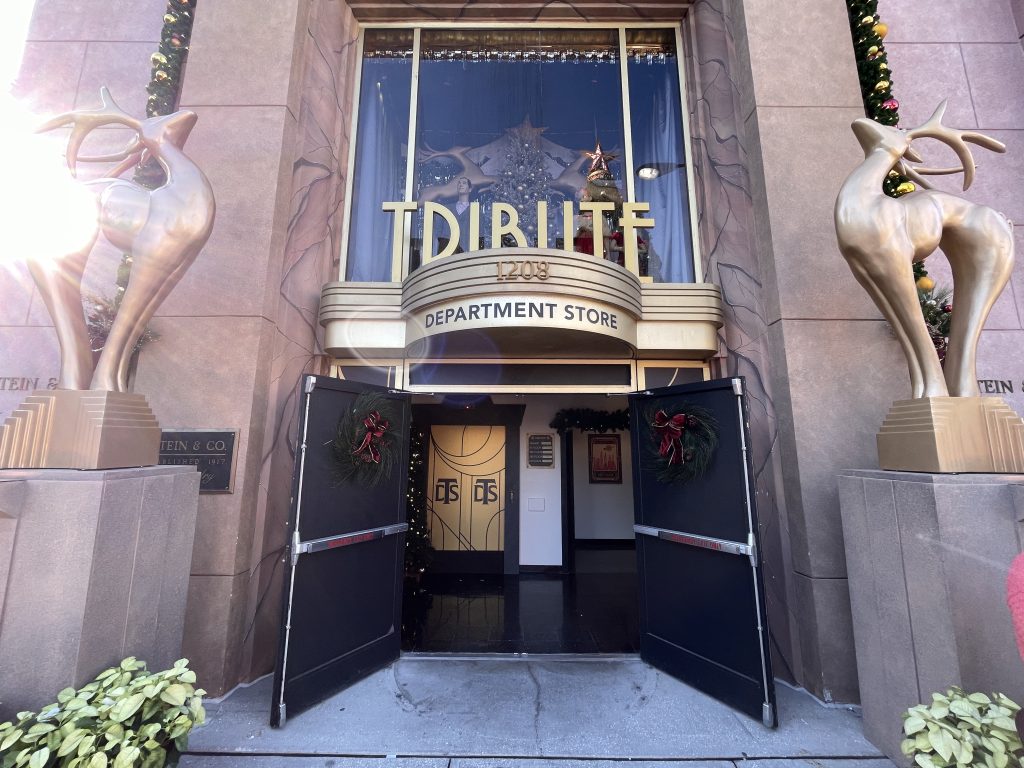 The new location for the rotating seasonal Tribute Stores will likely be a strip of storefronts located in the Hollywood section of the park, near Mel’s Drive-In. The first of these shops was vacated over the summer when the Williams of Hollywood Prop Shop closed at the end of June. 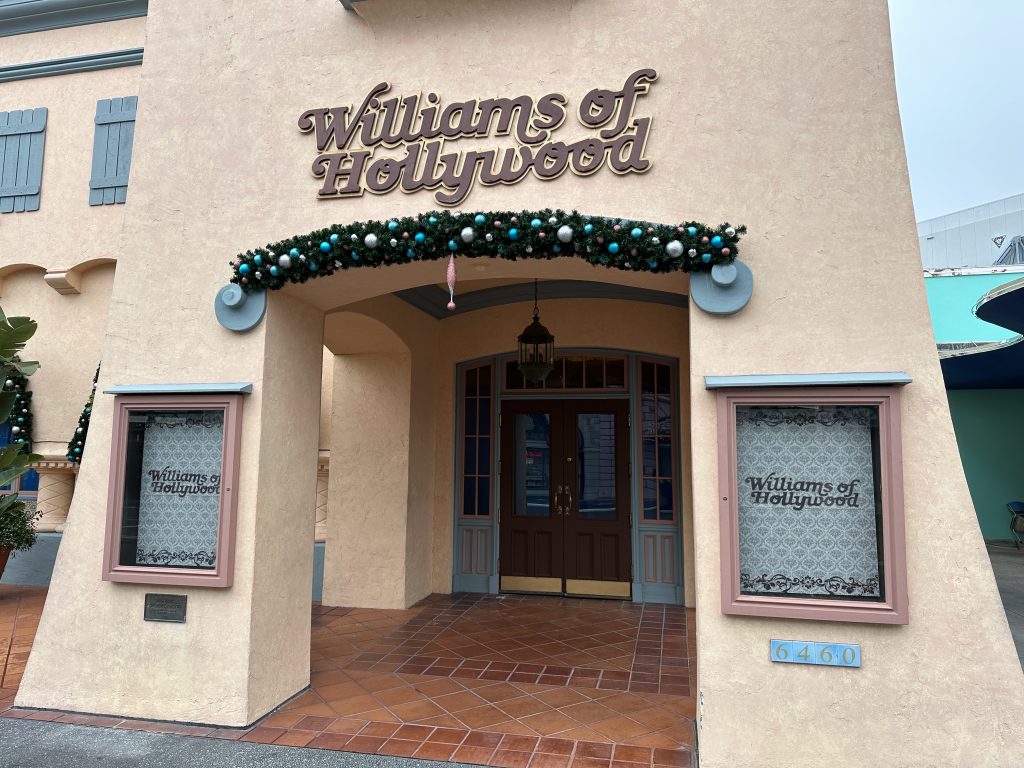 Then, The Darkroom next door to that storefront shuttered its doors as well. This location was offering green-screen photo opportunities that placed your family in front of various sights related to your vacation at the Universal Orlando Resort. (Universal has said that this photo opportunity will find a new home elsewhere in the park.)

And finally, the Universal Orlando Annual Passholder Lounge was announced to be moving to Islands of Adventure beginning next month, (rumored to replace the Betty Boop store within Toon Lagoon). Its current location, which is within the storefront named Studio Styles, is located just to the left of The Darkroom storefront. 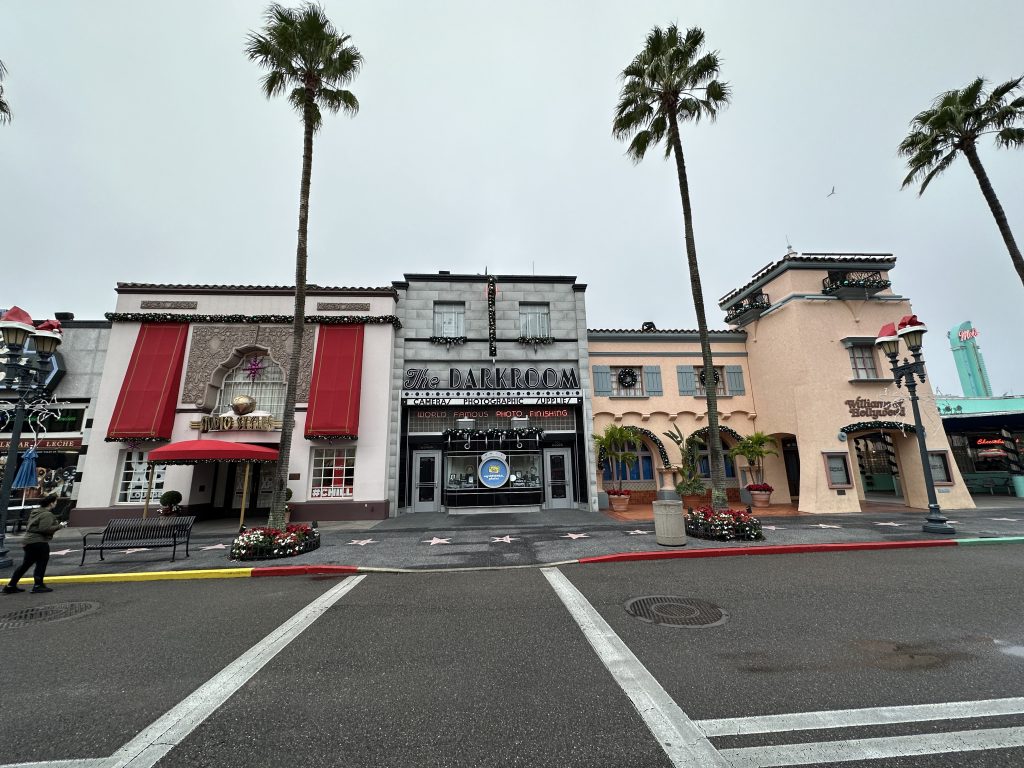 It is expected that all three of these former retail locations will be connected together to create one continuous experience. In fact, permits and a notice of commencement filed with the county seem to back this up, showing “interior wall modifications” for this block of buildings in recent months.

Recent permit that may be related to this project, Source: cityoforlando.net

We believe the current Holiday Tribute Store will be the final Tribute Store to be built in its current location within the New York area of Universal Studios Florida, (at least for the foreseeable future). That means that the first Tribute Store to open within the Hollywood section of the park will likely be for Universal’s Mardi Gras, which kicks off February 4, 2023.

While the relocation of the popular Tribute Store has been rumored for a few months now, we may have received our first piece of confirmation just yesterday, in the form of an Easter egg. 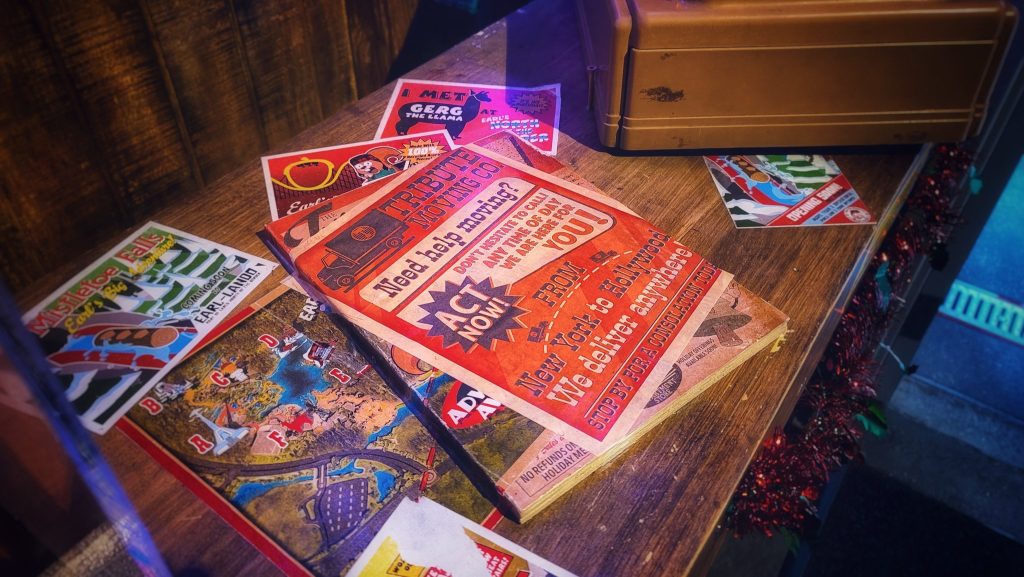 First posted online by Skipper Hoss on Twitter, a mock flyer was added the exit area of the current Holiday Tribute Store. The fake ad is for the “Tribute Moving Co.” and says that it can move you from New York to Hollywood. This is probably a sly hint of things to come for the Tribute Store concept in the coming new year! 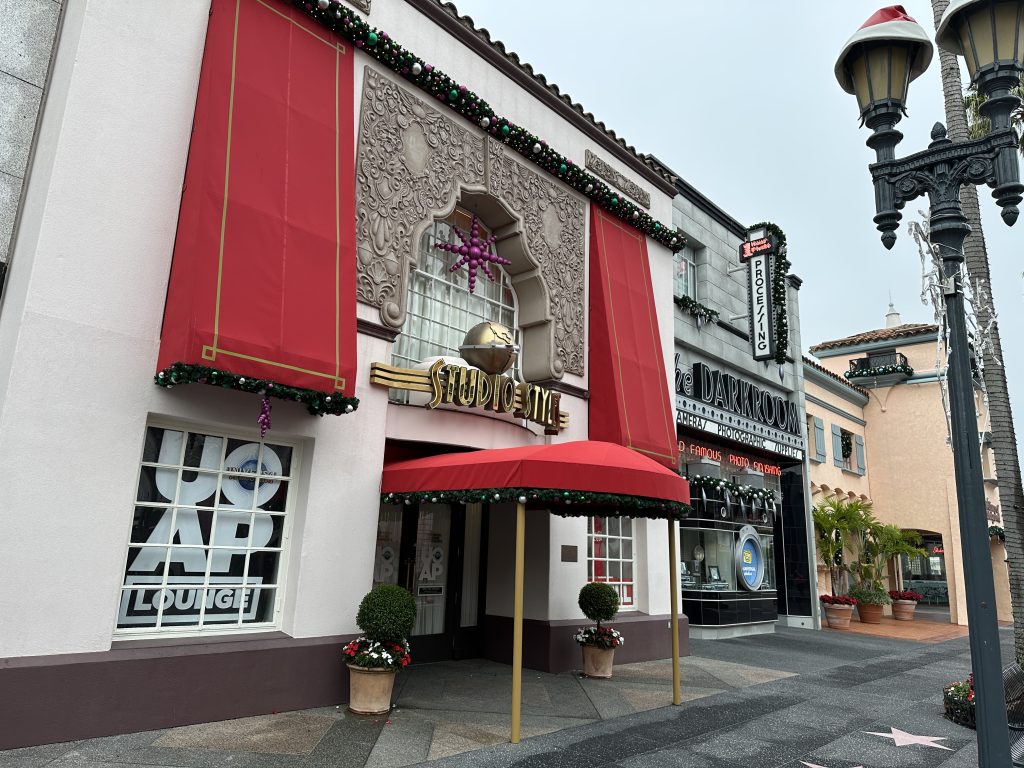 Now, of course everyone’s first question will be: “what will the former Tribute Store space be used for?” And while most folks are quick to assume it will be turned into a Preview Center for the upcoming Epic Universe theme park, just as that same space once housed a preview center for Islands of Adventure in the years leading up to its opening, I wouldn’t be so sure.

All rumors from within the theme parks sphere seem to indicate that Revenge of the Mummy will be happy to reclaim this valuable space as its once lost extended queue. In recent years the attraction has had to utilize its outside courtyard as additional extended queue, but sounds like it will be swallowing up this multi-purpose space for interior queue again. 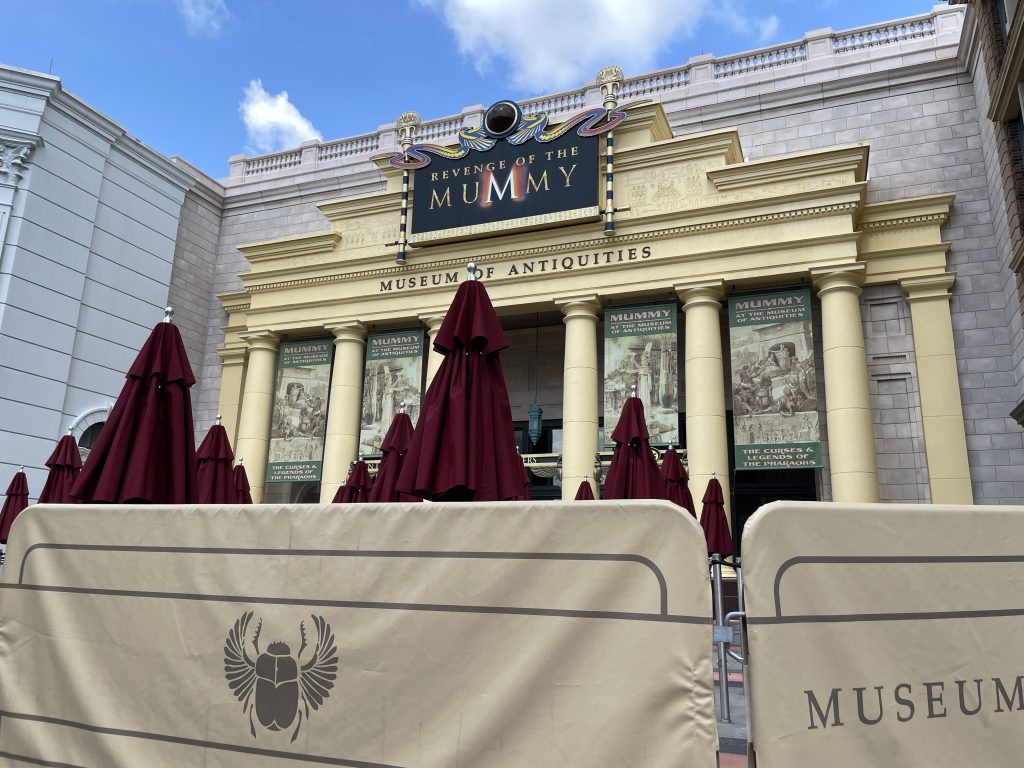 That isn’t to say that we will not be getting a preview center of some sort for Universal’s Epic Universe, just that it seems like it’s not the reasoning behind this shift. When the Tribute Stores first debuted they were only created for Halloween Horror Nights, but now that they cover a special event for every season of the year, it’s about time they find themselves a more permanent and purpose-built home.

For now, we do have a new temporary Prop Shop that has taken over the recently refurbished Brown Derby Hat Shop. Many items last seen in the former Prop Shop have returned, as well as many special items from several of the last Tribute Stores. Act fast to purchase any of these items if you are interested, as this is only a “temporary” offering. 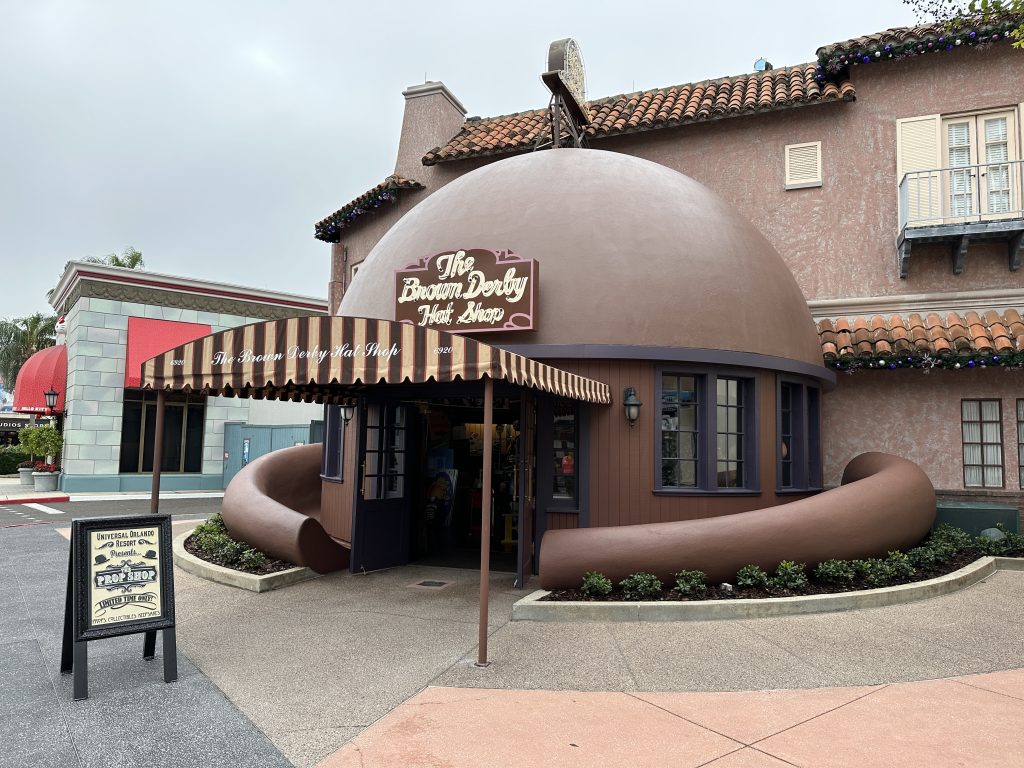 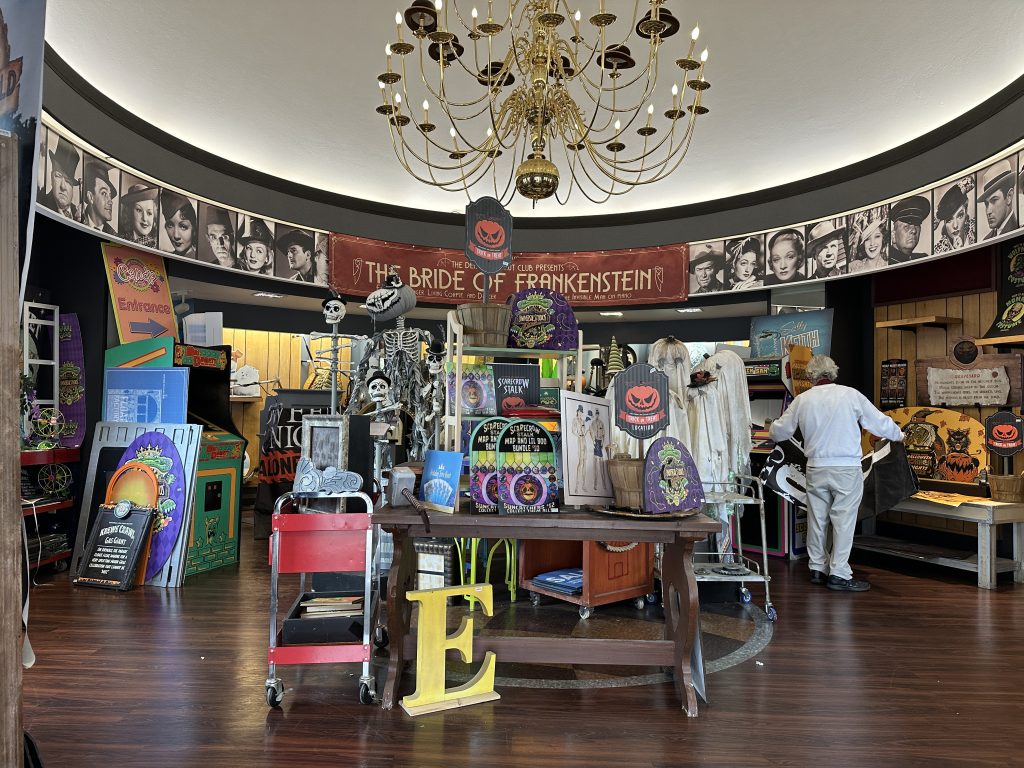 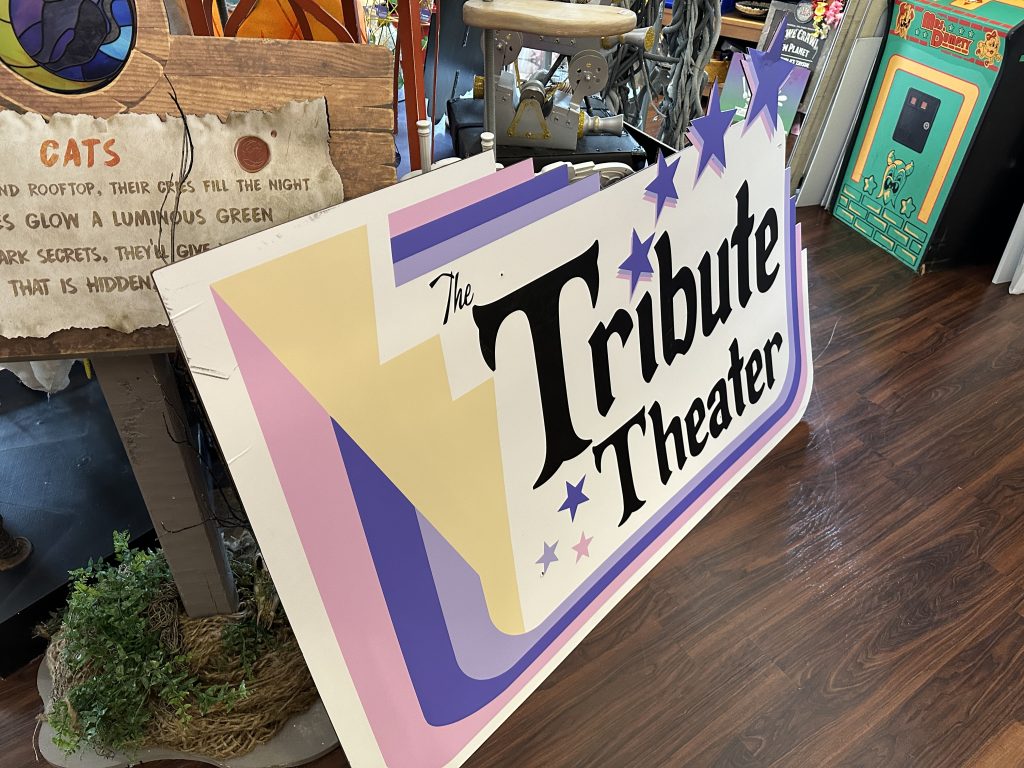 No word yet if additional storefronts within this block of buildings will be incorporated into the future Tribute Store, like Schwab’s Pharmacy, the Universal Studios Radio Broadcast Center, or the Brown Derby Hat Shop itself (which yes, is technically connected to the structure).

Schwab’s Pharmacy, a seasonal ice cream shop, has recently been taken over by a promotion for the new DreamWorks’ film, Puss in Boots: The Last Wish, with signage out front calling it a “Milk Bar”. Now you can purchase specialty milkshakes named for characters in the film. 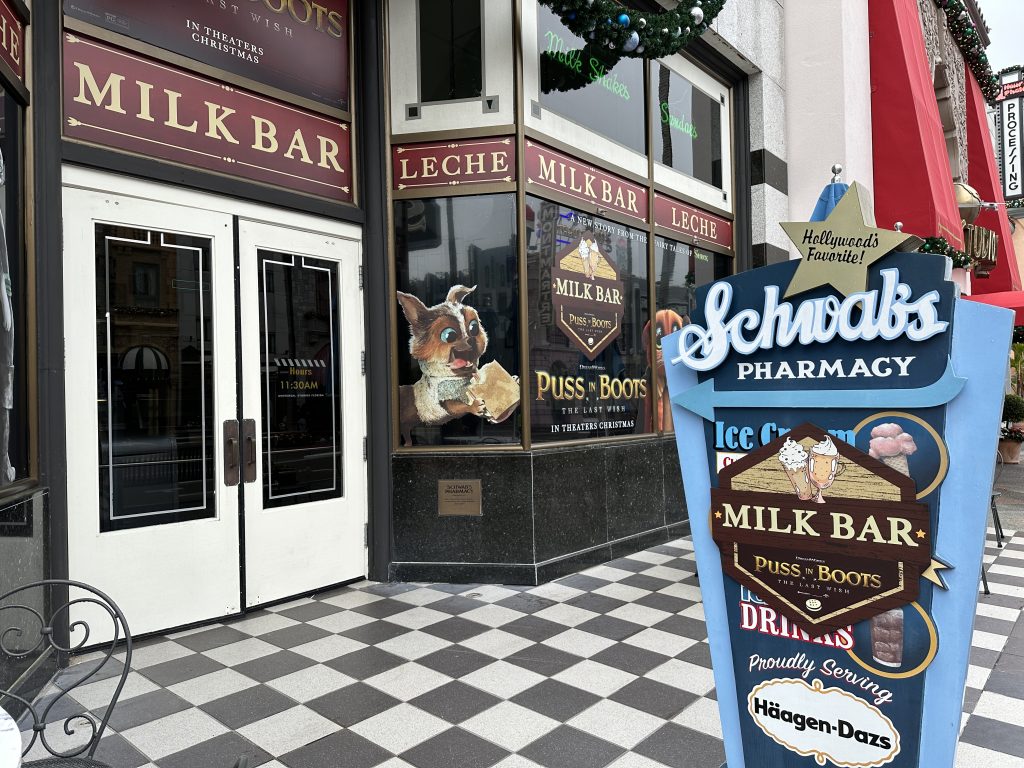 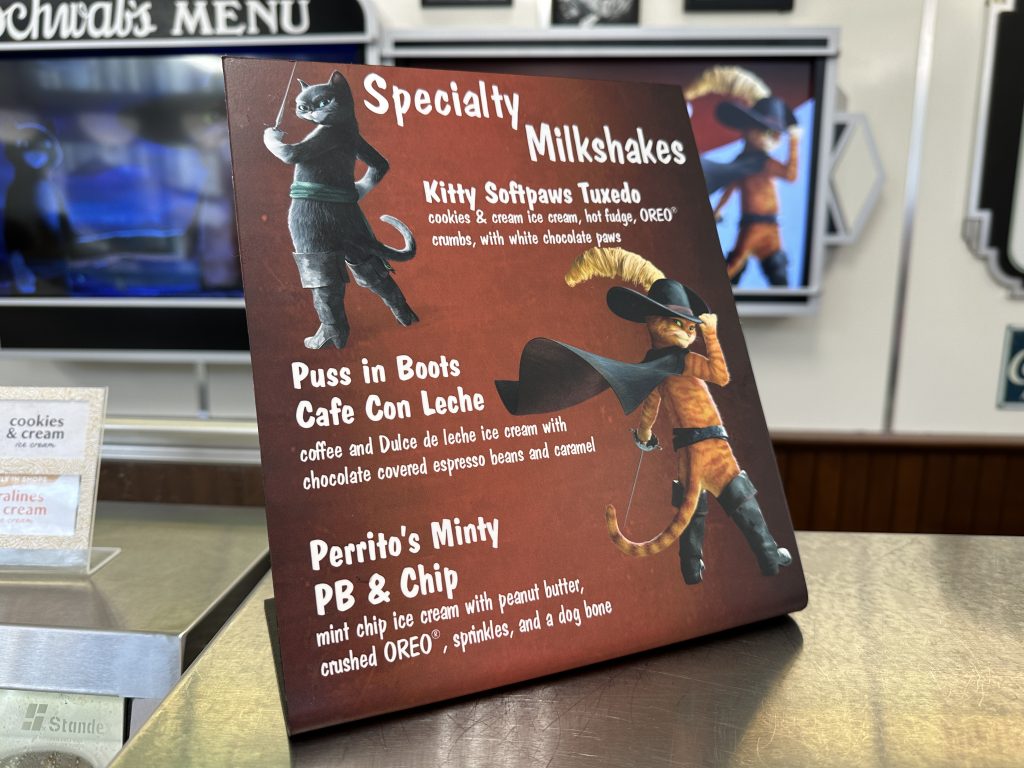 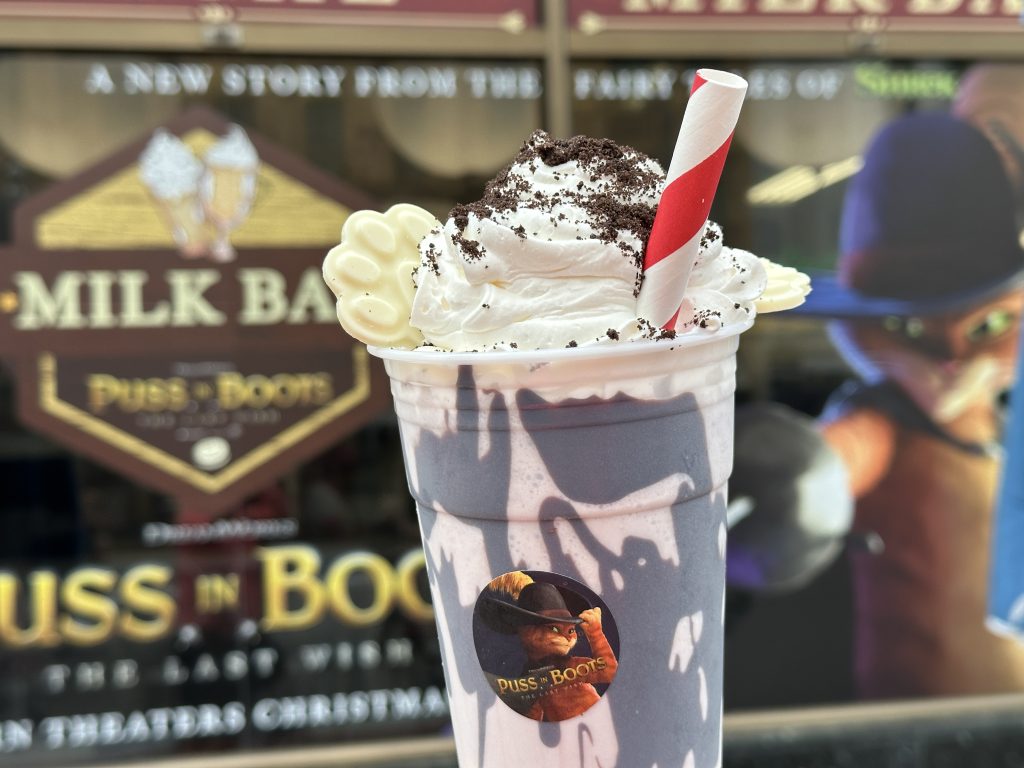 So far we only have evidence that the last three storefronts on this block of locations will be connected.

If ALL SIX of these locations were to be connected, one has to wonder if they would keep some or all of their front entrances for easy access points at each of the sections? This would create an experience similar to the left side of Main Street, U.S.A. at Magic Kingdom, where they originally started out as separate parcels, but were combined into one large retail location over time.

Only time will tell. 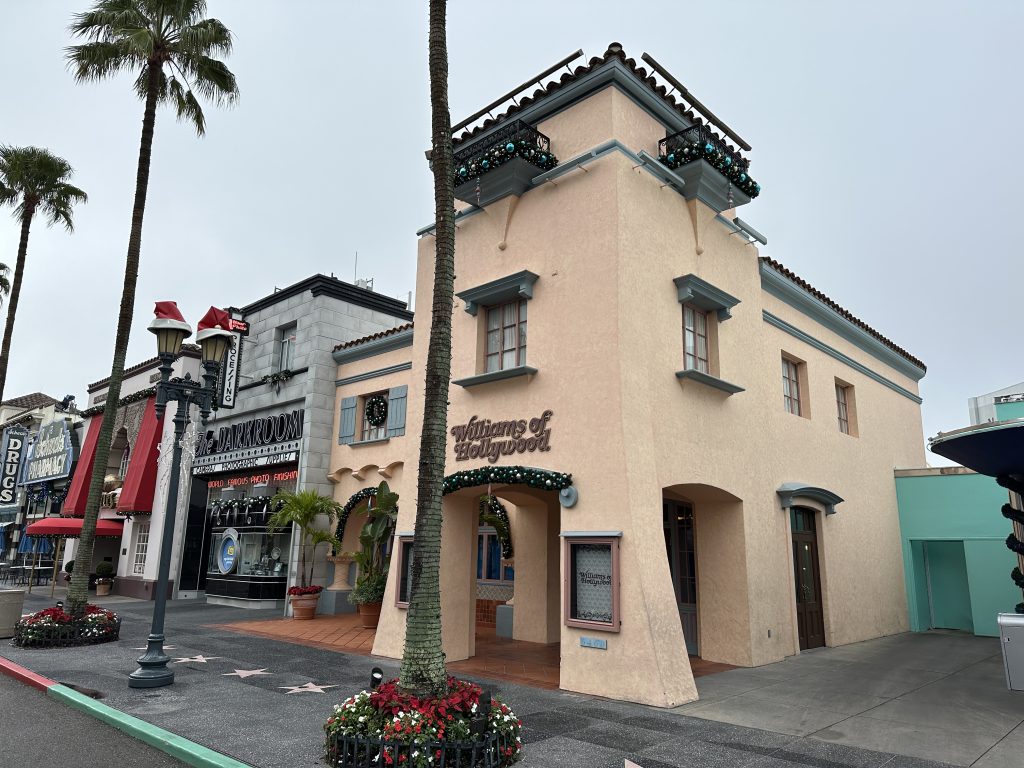 That’s all for now, but see our previous story all about Earl the Squirrel for more details on the history of the Tribute Store. And stay tuned for more theme park news and updates! See the video version of this story for additional information. 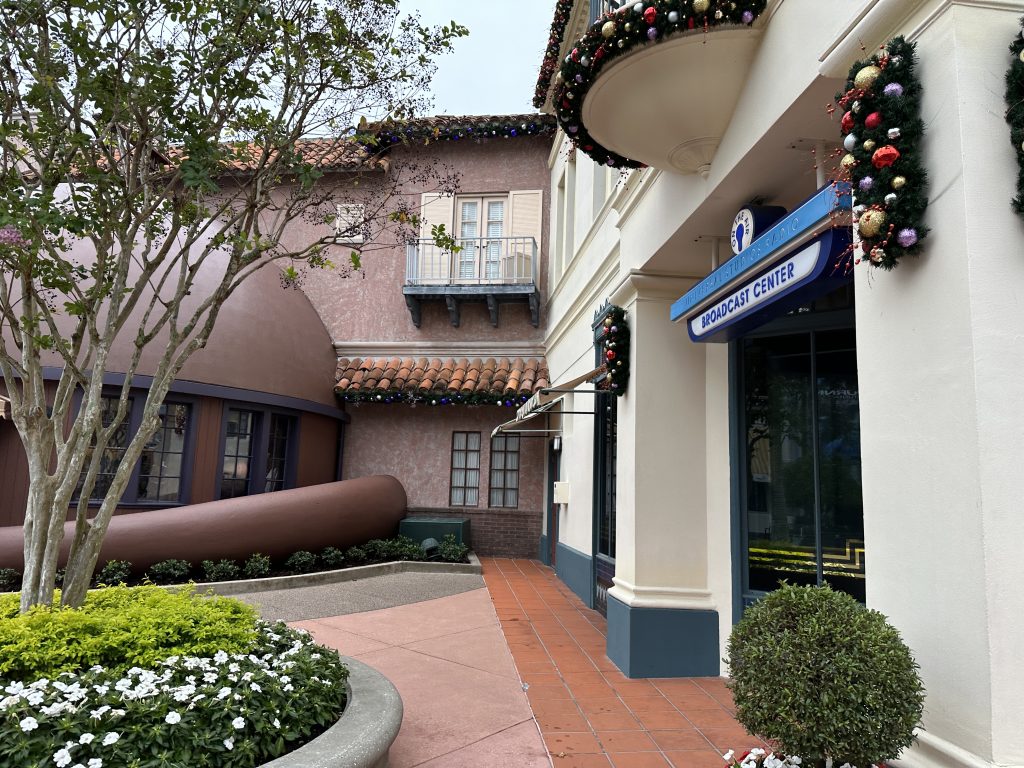 See, look! It connects, I swear!

Subscribe to the news feed or enter your email address below to never miss an update. Original Photos: Alicia Stella | Other images as captioned