Originally announced in 2017, the Tron coaster at Magic Kingdom is officially having its grand opening on April 4, 2023.

“TRON Lightcycle / Run” will be one of the fastest rides at the Walt Disney World Resort, and is located within the Tomorrowland section of the Magic Kingdom theme park. Guests will be able to access the ride through a pathway on the left side of Space Mountain. This ride is expected to require lockers for loose articles. 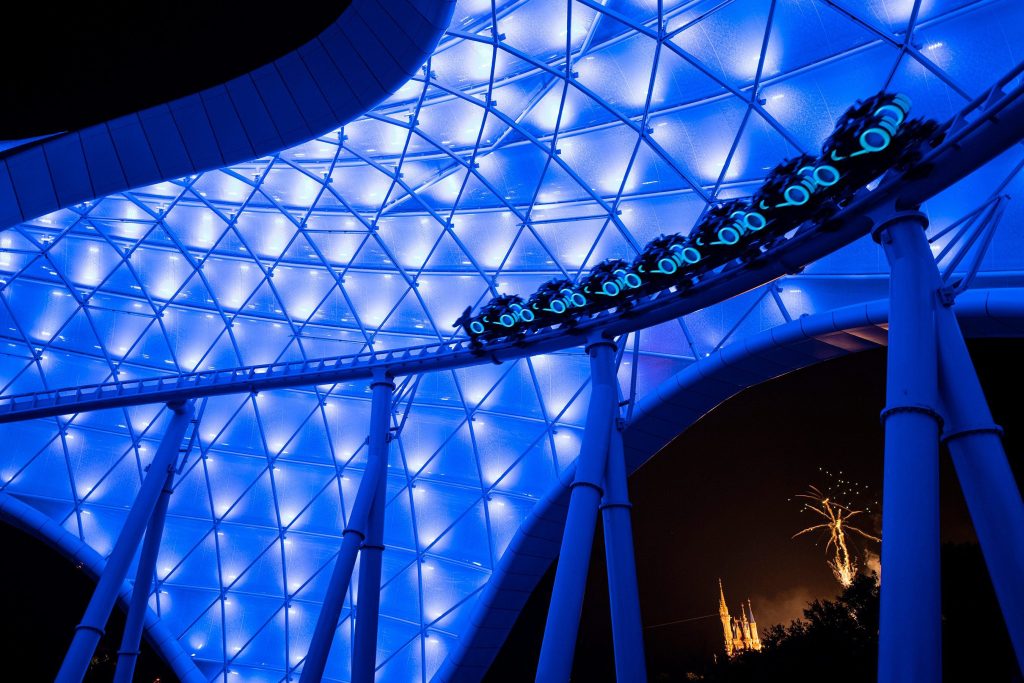 The story of the ride picks up after the events of the “TRON: Legacy” film, where Kevin’s son, Sam Flynn, has opened a second gateway into a digital realm called the Grid. Disney says the “first of these portals he created is found at Shanghai Disneyland with the original TRON Lightcycle Power Run.”

When you enter the queue at Magic Kingdom, you’ll feel as if you’re digitized and transported to the Grid for a special Lightcycle race. It’s your Team Blue against the Grid’s menacing Programs, Team Orange. Your goal is to be the first to race through eight Energy Gates and secure victory. The attraction will be one of the fastest coasters at any Disney theme park in the world. 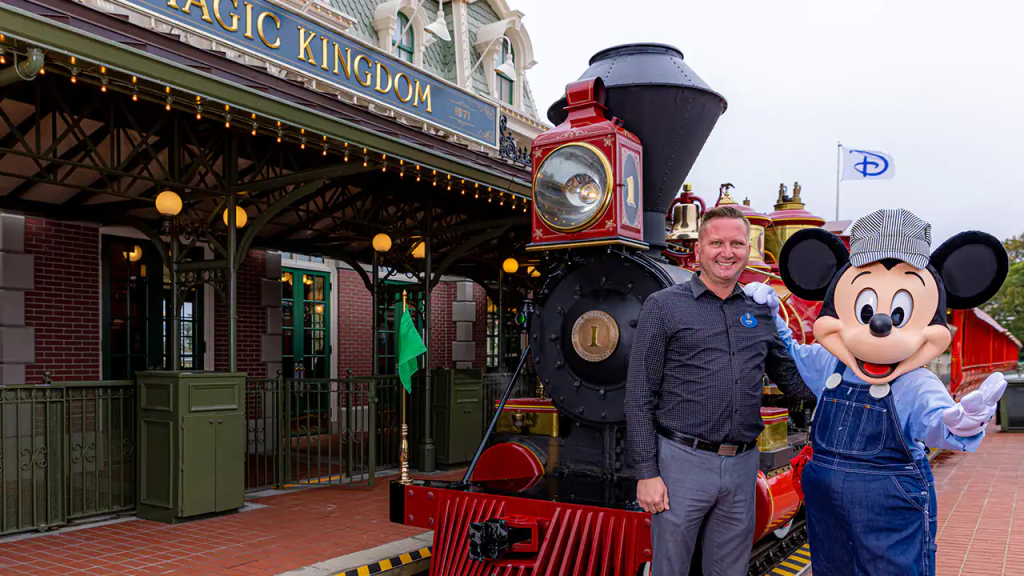 During the roller coaster’s construction at Magic Kingdom, the Walt Disney World Railroad received an extensive refurbishment of its own. The railroad finally reopened last month after being out of service for four years.

Disney says the Tron roller coaster will have Cast Member previews first, ahead of the official grand opening. Other early preview opportunities for annual passholders and eligible Disney Vacation Club members are expected after Cast Member previews. Stay tuned to official Walt Disney World social channels for more details as we get closer.

Subscribe to the news feed or enter your email address below to never miss an update. Official Photos: Disney