As we’ve been covering over the last few months, Universal Orlando has been busy building new infrastructure at Universal Studios Florida for an all-new nightly lagoon show. Today, the company has officially announced that the new show will be called “Universal Orlando’s Cinematic Celebration” and it will start later this summer.

The new show will feature projections onto water screens, pyrotechnics, more than 120 dancing fountains in the lagoon, and as we have suspected, projection mapping on surrounding buildings. The show will feature moments from Harry Potter, Jurassic World, Fast & Furious, Despicable Me, and more. See details about this new show below and stay tuned for more information coming soon. 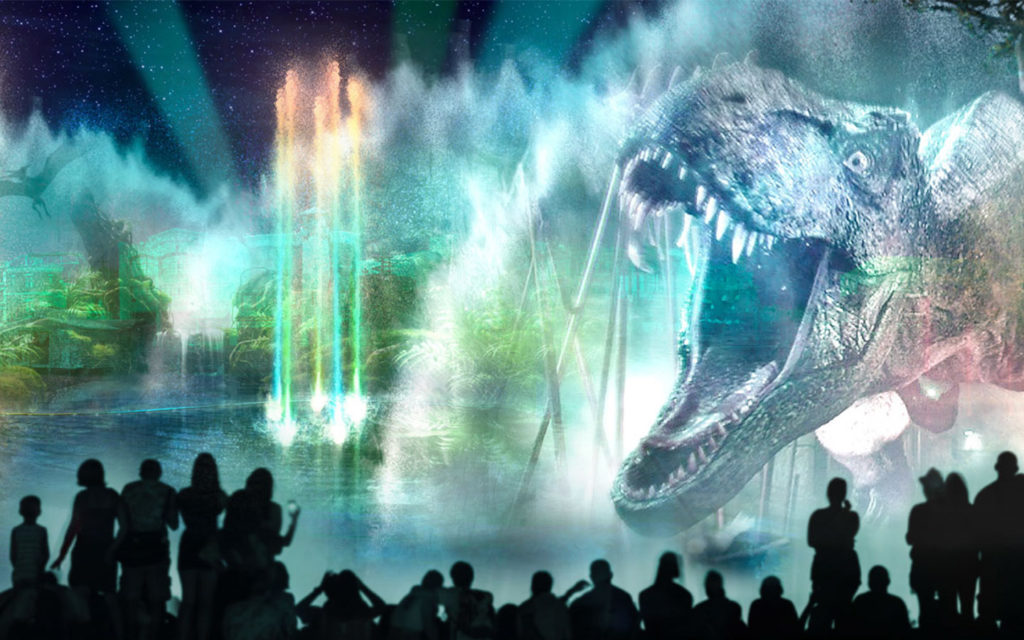 Located in the heart of the lagoon, “Universal Orlando’s Cinematic Celebration” will bring thrilling and fun moments to life inspired by characters from popular Universal Orlando experiences and blockbuster films.

You’ll witness moments from the Harry Potter series conjured to life by way of spells, ear-shattering roars from dinosaurs in Jurassic World, the adrenaline rush of speed from The Fast & the Furious, mischief by the Minions from Illumination’s Despicable Me and so much more.

And, it’s all seamlessly projected on full panoramic water screens, accented by pyrotechnics and – for the first time ever – more than 120 dancing fountains with projection mapping. The entire waterfront of the Universal Studios lagoon and surrounding buildings will transform into a vivid celebration of epic movie moments and beloved characters.

We’re also building a permanent, dedicated viewing area for the show in the Central Park area of Universal Studios where you’ll be able to watch the lagoon come to life. Get ready for an epic cinema under the stars during “Universal Orlando’s Cinematic Celebration,” starting this summer. 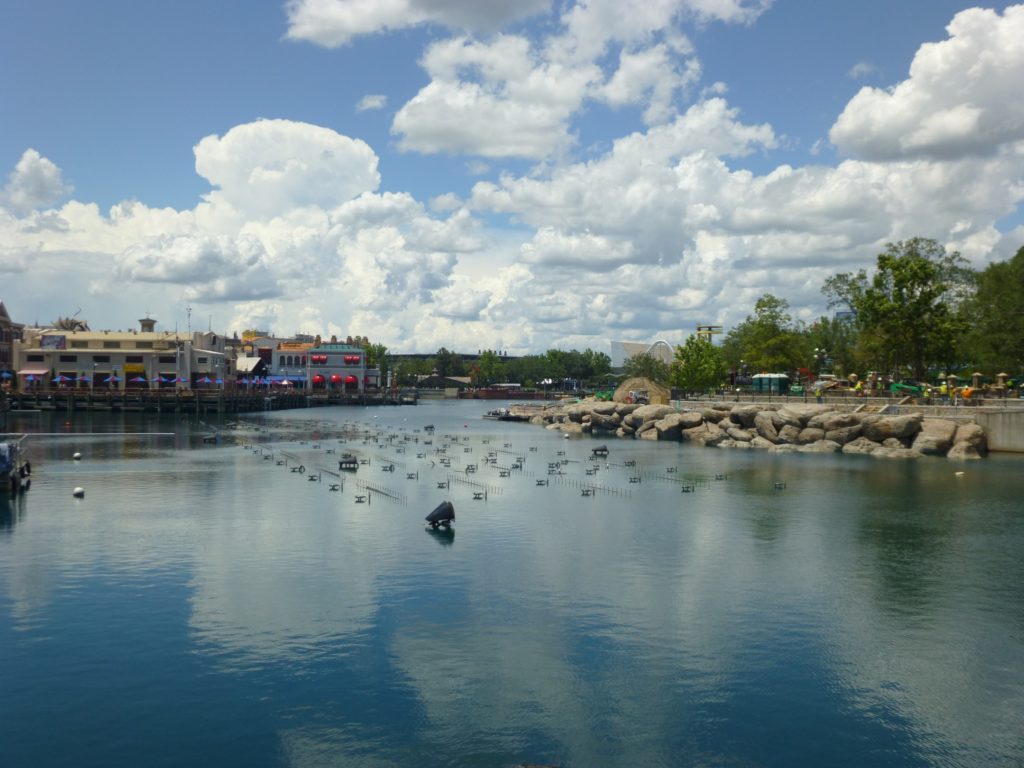 Fountains have been installed in the lagoon for the new show Photo: Alicia Stella

This new nightly show is expected to open later this summer. For help booking your next trip to Universal Orlando request your free quote from Elizabeth at Destinations in Florida today! She’ll help you plan the perfect vacation with the best rates on ticket packages and on-site hotels, and her services are totally FREE to you.

See construction updates for the show here and stay tuned for more news coming soon. Subscribe to the news feed or enter your email below to never miss an update. Main Photo: Universal Orlando