After the resounding success of the monsters-themed “Dead Coconut Club” during the Halloween season, it looks like Universal Orlando is preparing to reopen the nightclub once again, but this time for the winter holidays.

“Green & Red Coconut Club” promotional materials have been hidden inside of a window in the New York section of Universal Studios Florida, hinting at the new (temporary) club’s name. See the video below for additional views around the area.

Originally named the “Red Coconut Club,” this location known for drinks and dancing at Universal CityWalk never officially reopened after the Covid-related closures in 2020. Instead, it remained (mostly) dormant until a couple months ago, when it reopened with a new Universal Monsters Tiki overlay for the Halloween Horror Nights season.

The club was only open on select event evenings during Halloween Horror Nights, but saw large crowds during its brief run. In addition to themed atmosphere and spooky, yet retro, music, the club also offered live singing and a DJ throughout the night. 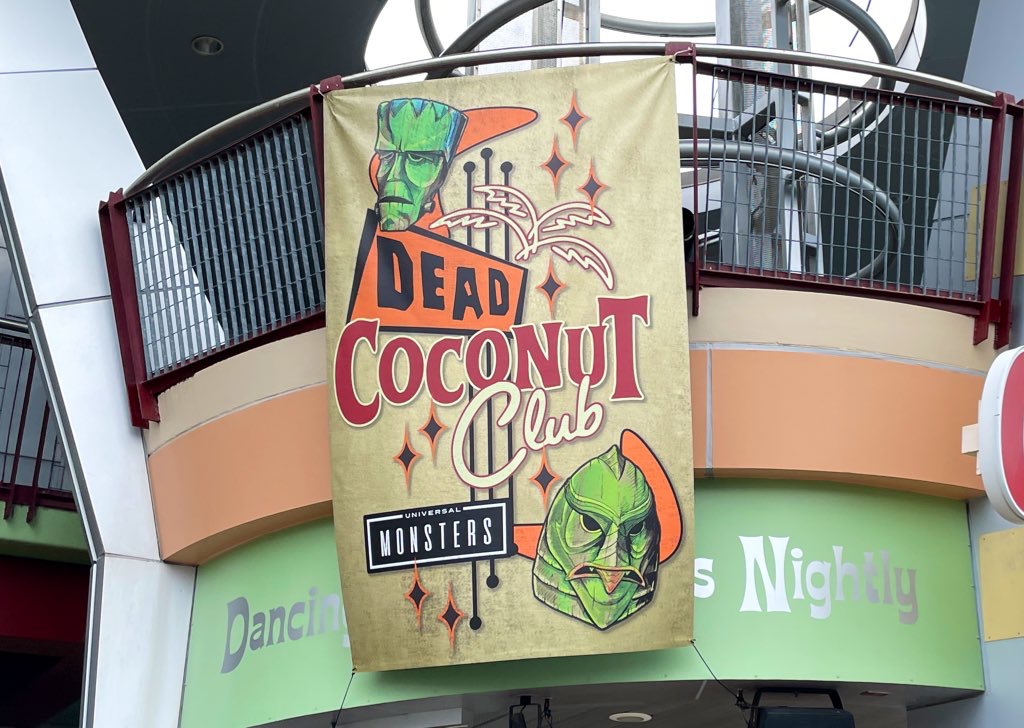 Overlay banner for Halloween version of the club 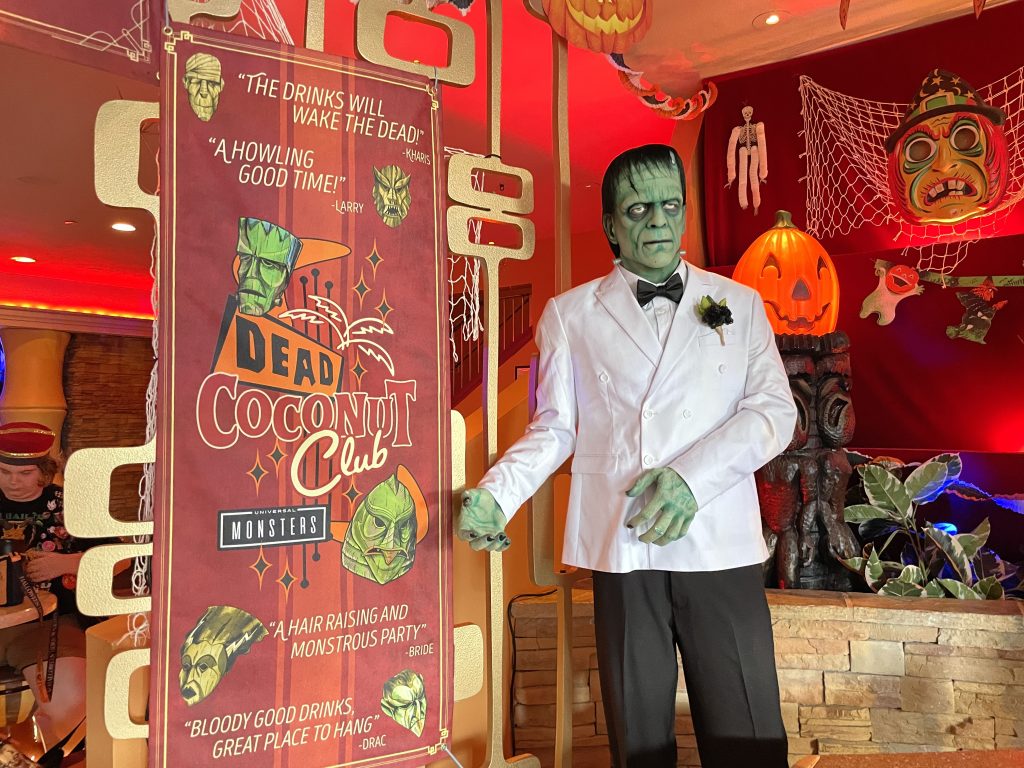 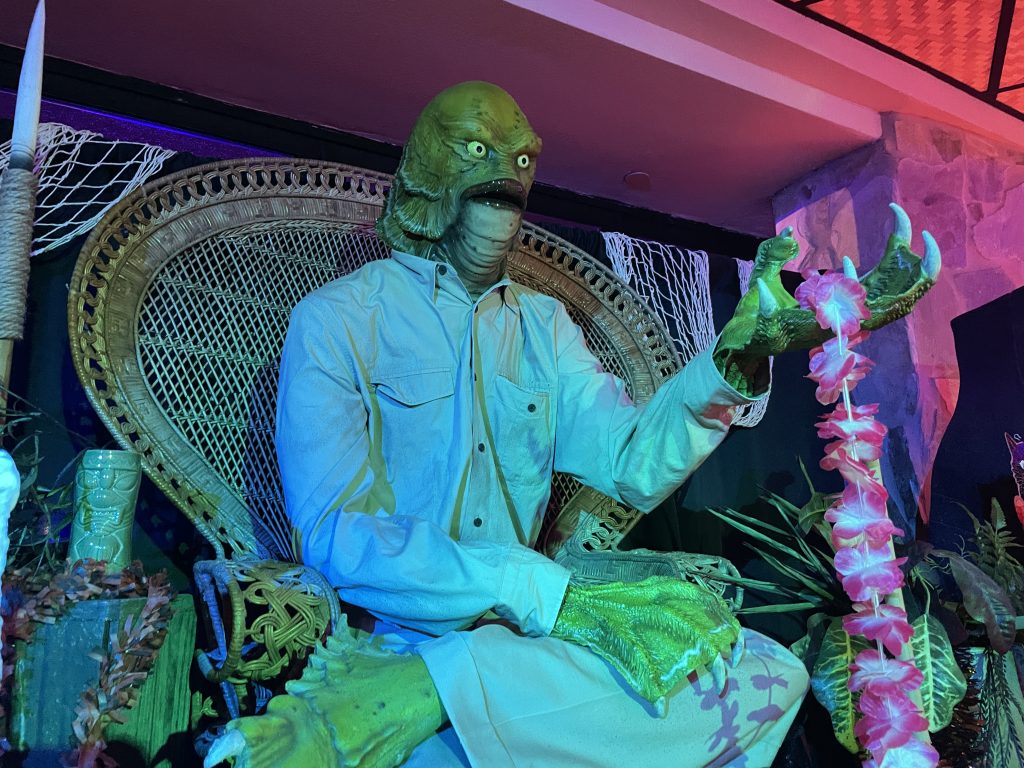 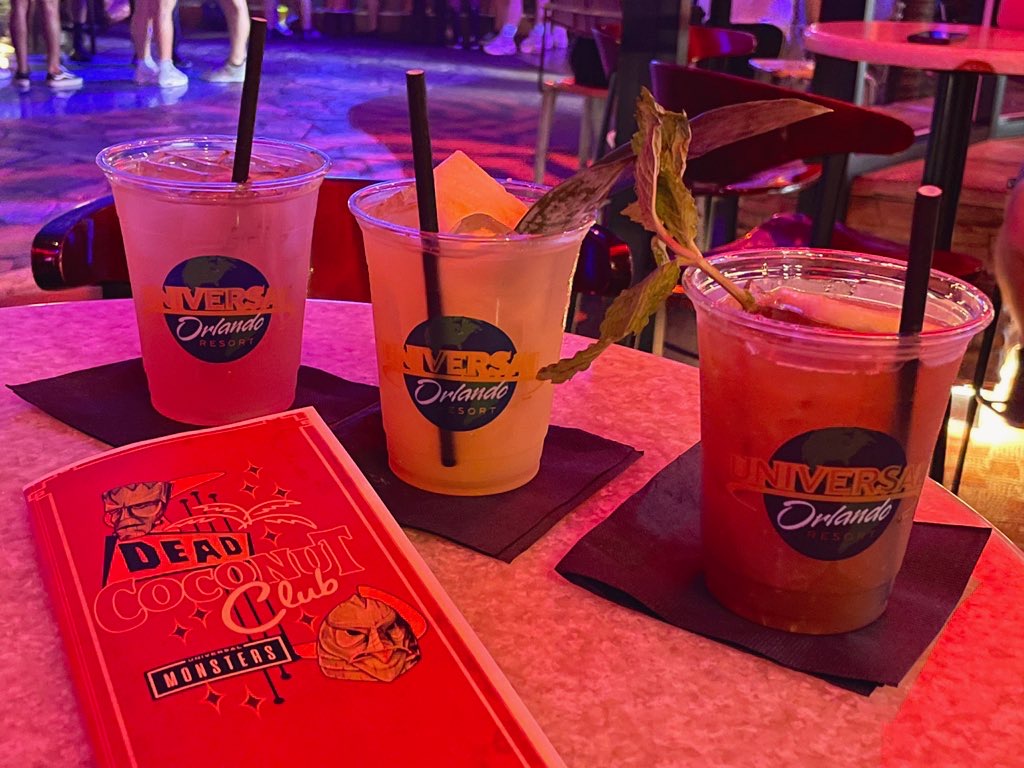 Universal Orlando had said that the Dead Coconut Club would be closing when Halloween Horror Nights ends, but they have not said anything about it reopening for the holidays… yet.

Now, it appears that a new holiday-related billboard has been added within the entryway to this club. Through the front window we can see Earl the Squirrel, the holidays at Universal Orlando’s new unofficial icon. The billboard appears to be promoting a new Tribute Store location for the entrepreneurial rodent. 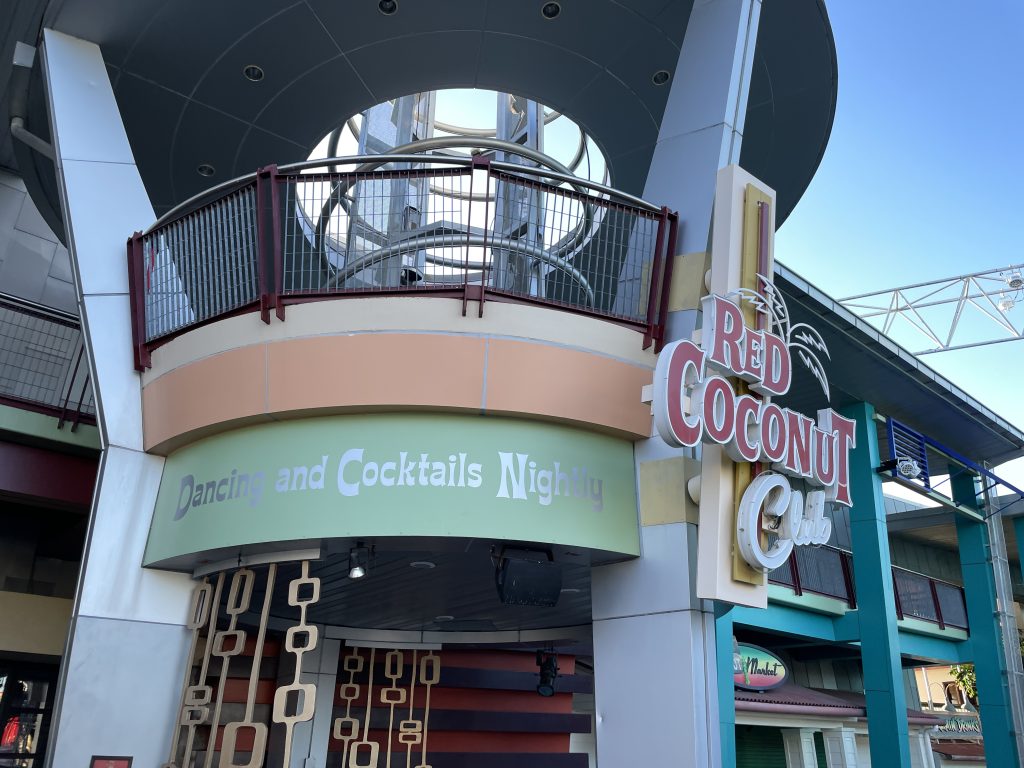 Current exterior of the club location 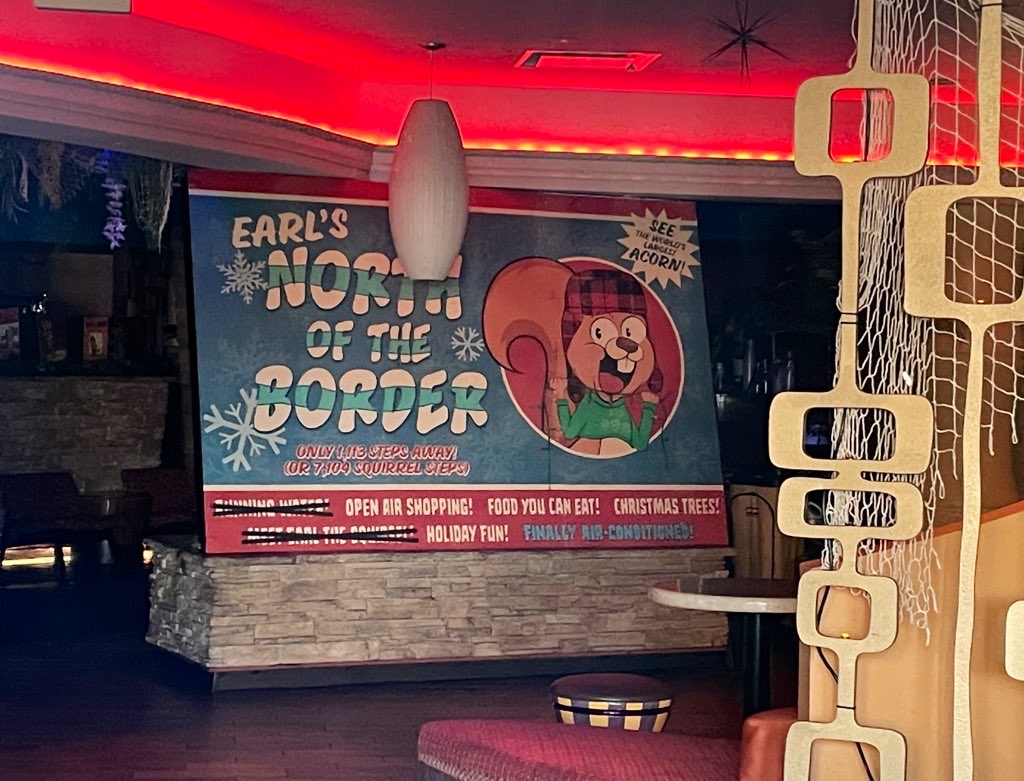 And, as many had suspected, this club does appear to have a new holiday-themed name for this forthcoming season: Green & Red Coconut Club. Swizzle sticks, a coaster, and a flyer can be spotted in a window near where the Blues Brothers perform inside of Universal Studios Florida, as first pointed out by Skipper Hoss. 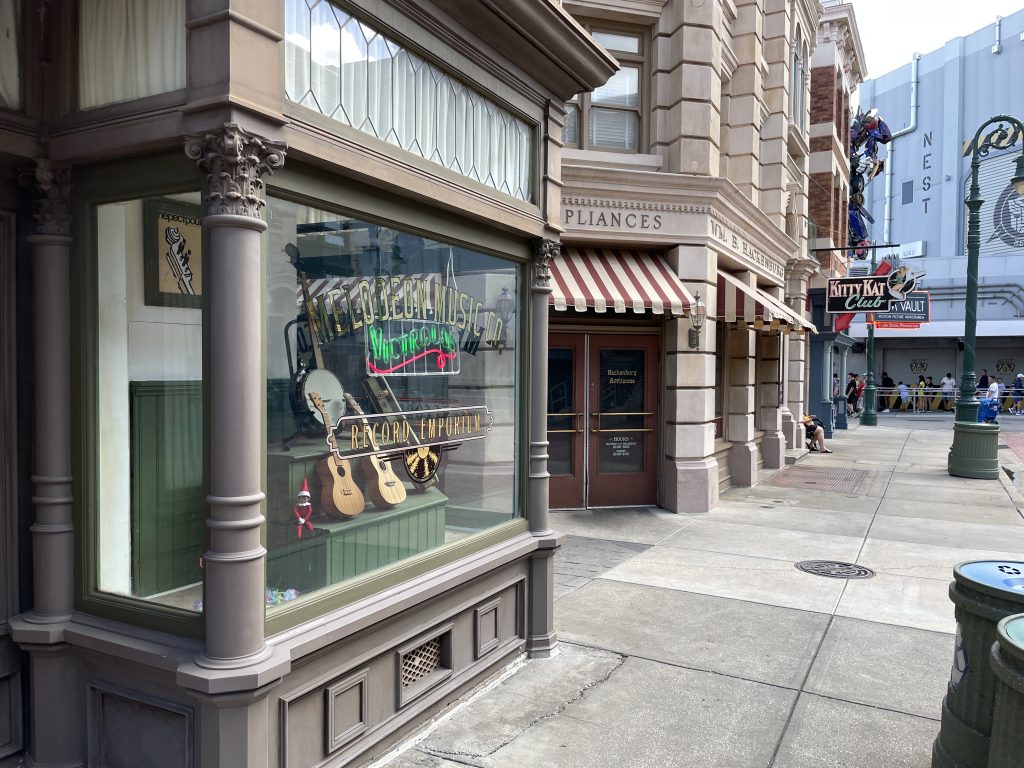 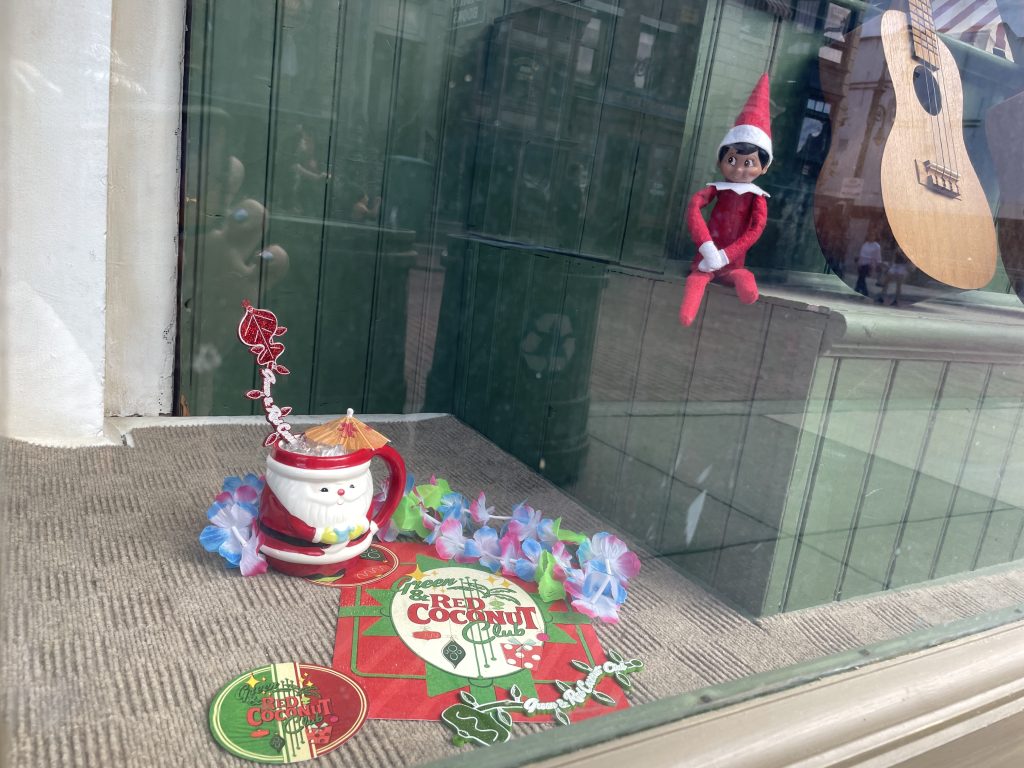 Universal Orlando has not yet announced any details for when this possible overlay for the Red Coconut Club may open, but the Holidays at Universal officially kick off Saturday, November 12th. So, here’s hoping we’ll see this CityWalk club open by then, along with a new Tribute Store inside of the park! 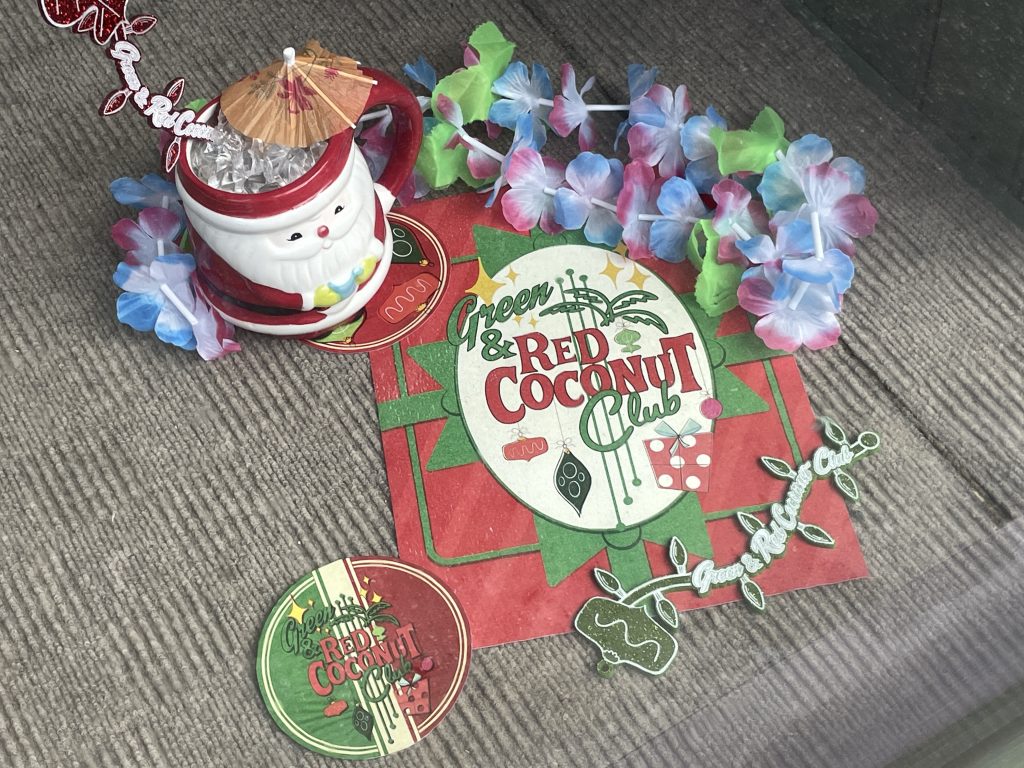 We are already starting to see holiday decorations set up within the two theme parks and around other areas of the resort. Plus, Earl the Squirrel and Grinch merchandise has started popping up in multiple gift shops too. 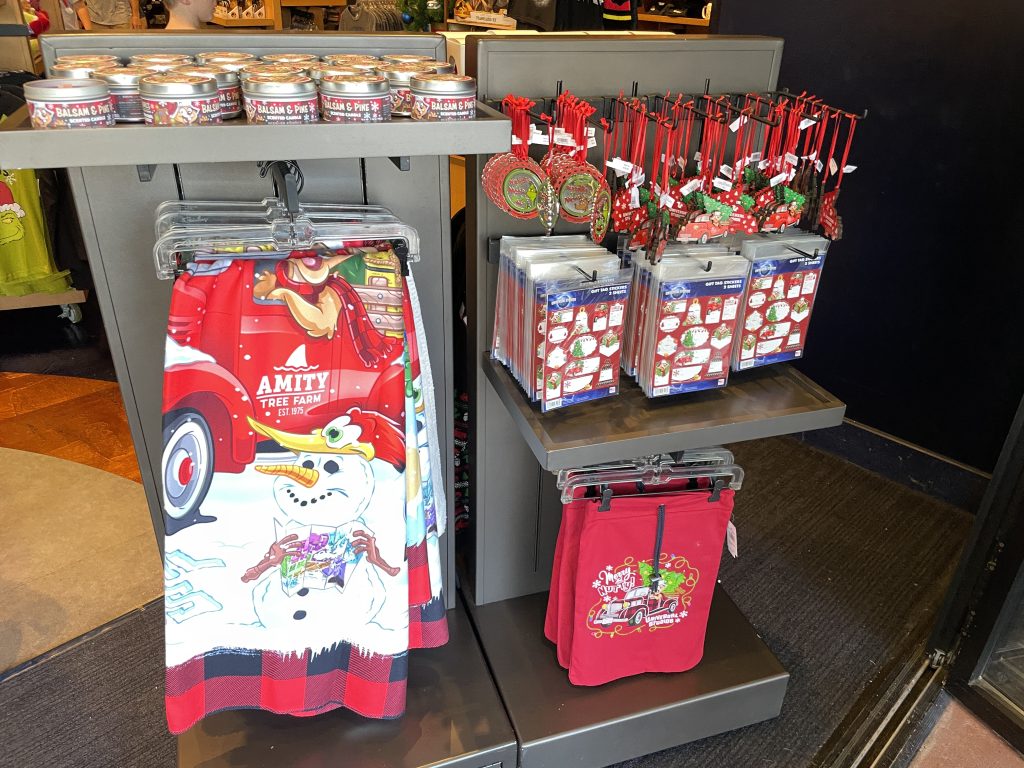 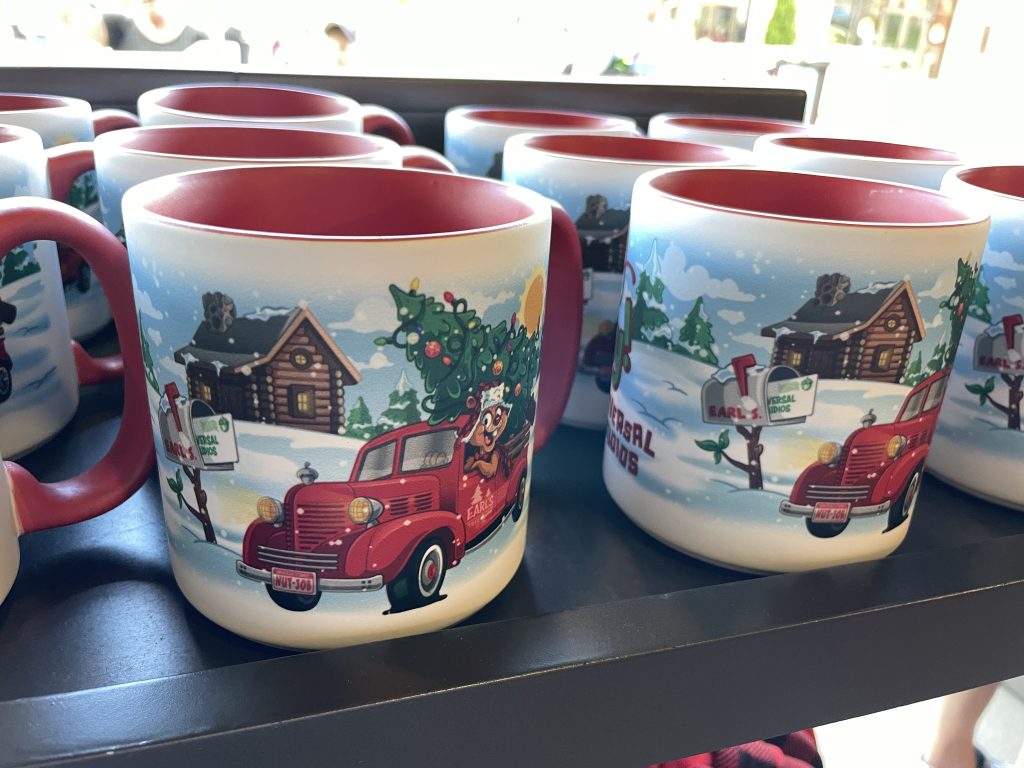 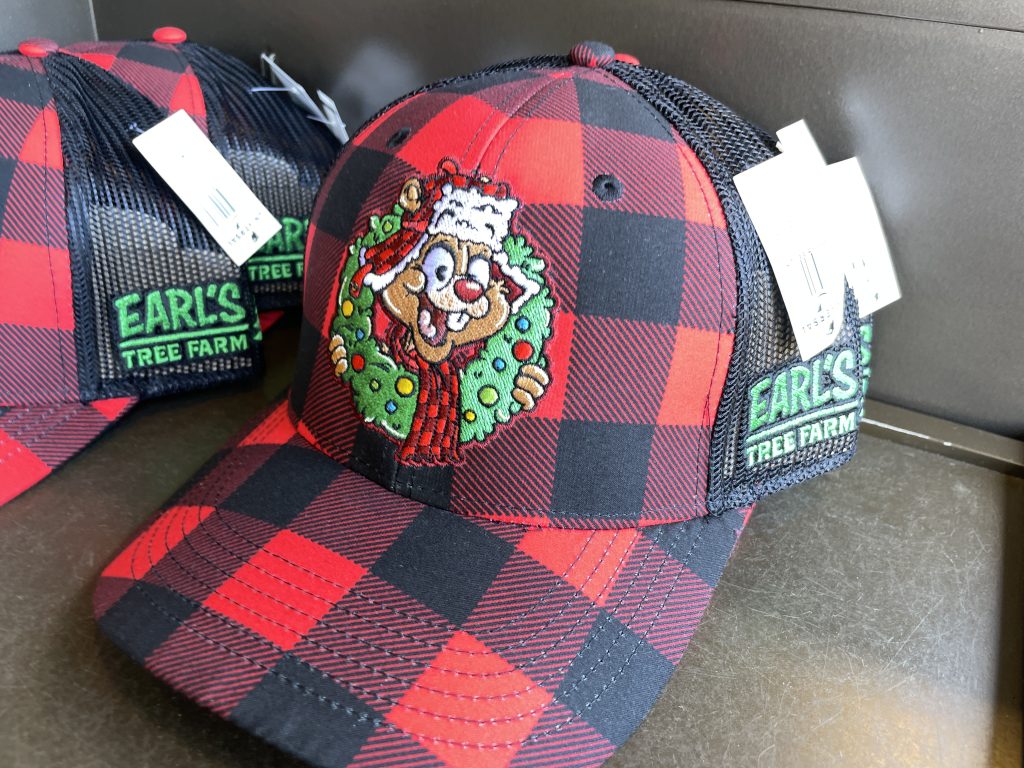 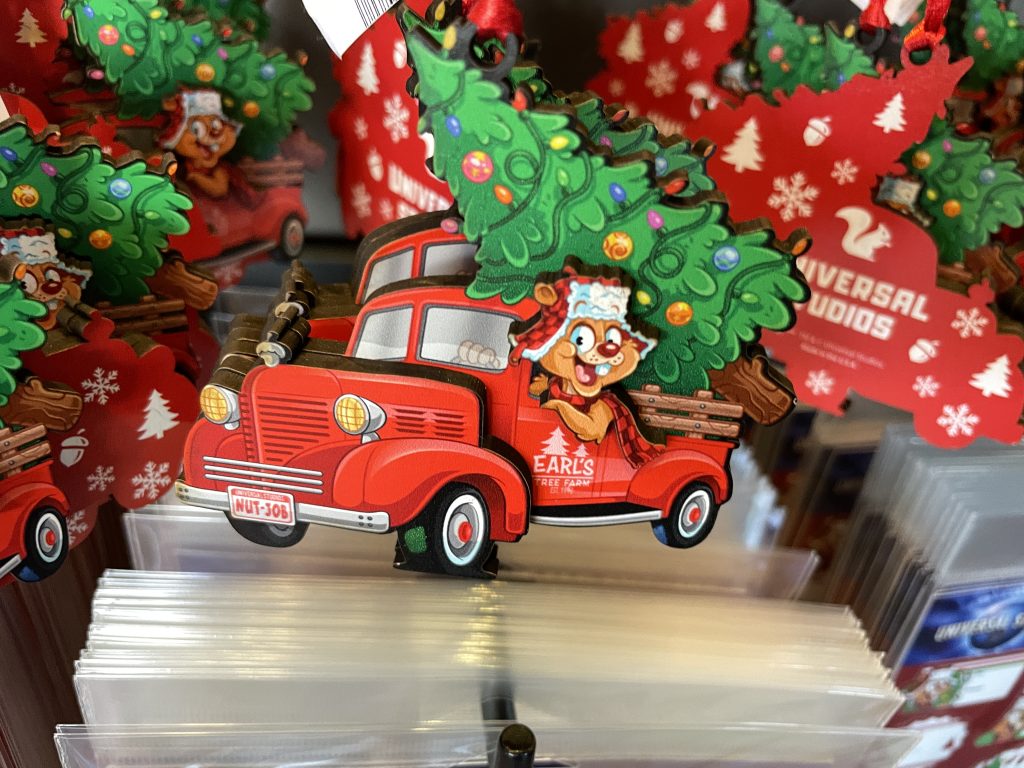 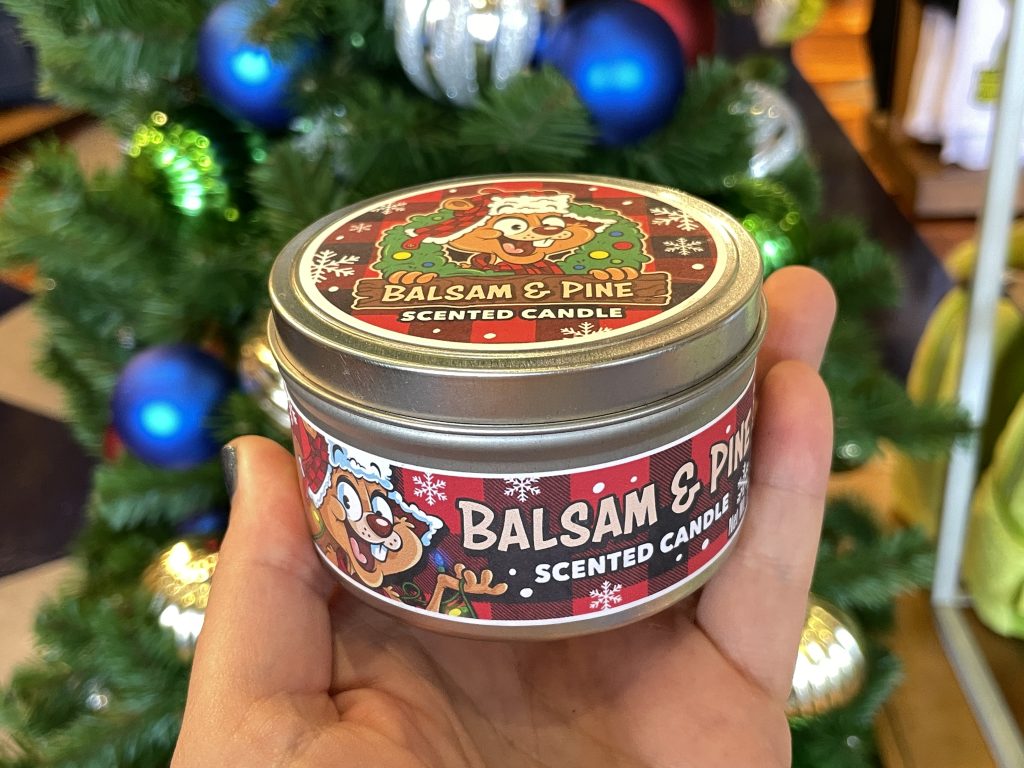 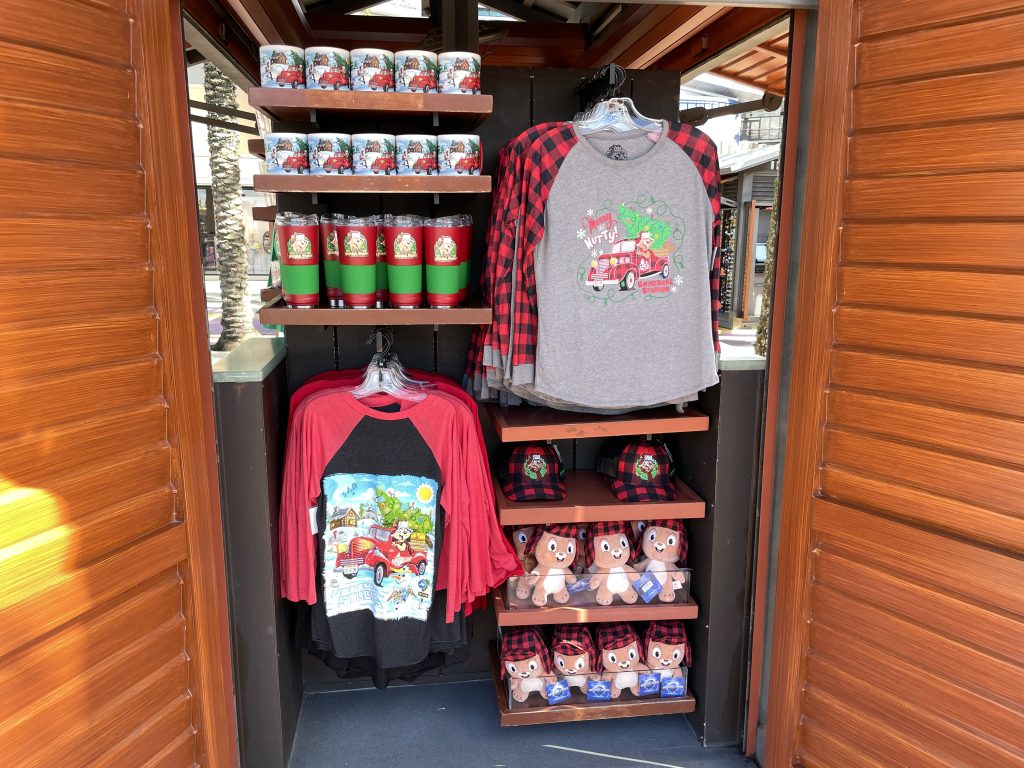 While many of the Earl the Squirrel items appear to be the same as items introduced last year, there is already a new plush for this year! 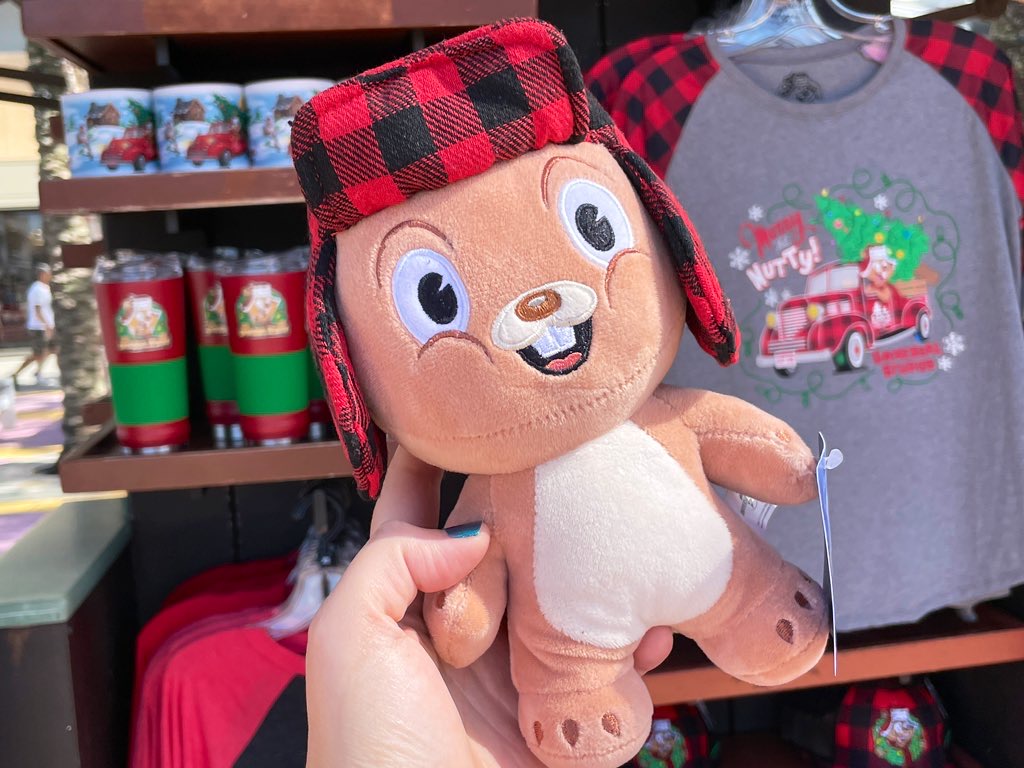 That’s all for now, but stay tuned for the website for more news from the Universal Orlando Resort, as it happens! Be sure to see our recent story about KidZone closing, and what may replace it. 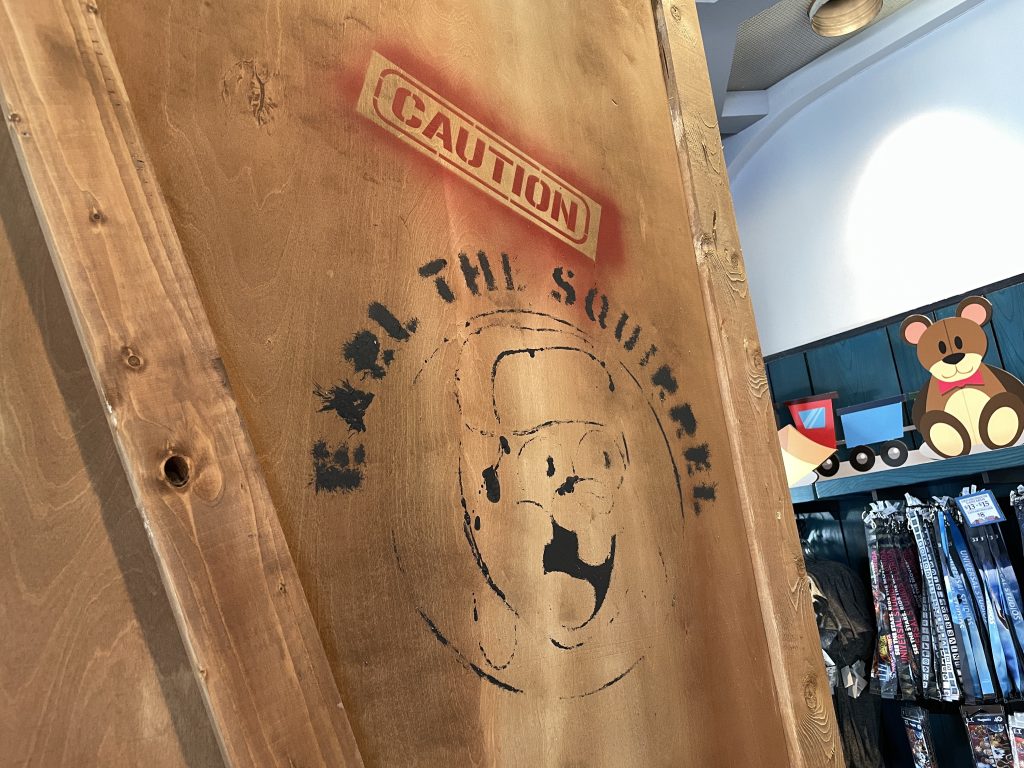