The small theme park in Texas will be the first of multiple such projects according to the company, and is planned to include rides, play areas, and a 300-room hotel. Universal has not announced a theme or name for the new park, but they have released a single piece of official concept art which appears to include DreamWorks properties. UPDATE: See the video version of this story below for additional details. 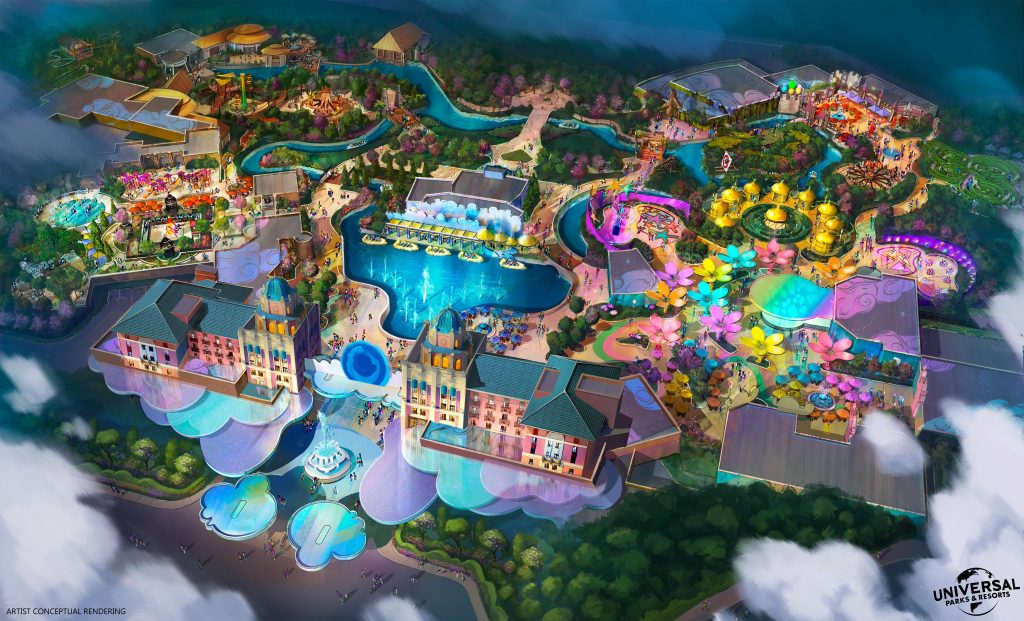 The company acquired 97 acres of land last month in the Dallas suburb of Frisco, Texas for this new family-friendly venue. It will occupy land that had been zoned for mixed-use construction.

Mark Woodbury, chairman and CEO of Universal Parks and Resorts, said this project will appeal to families, with immersive experiences making it a one to two day destination. “You have a fantastic town,” Woodbury said. “It’s vibrant and full of energy and full of young families, which make it the perfect place for what we are doing.” 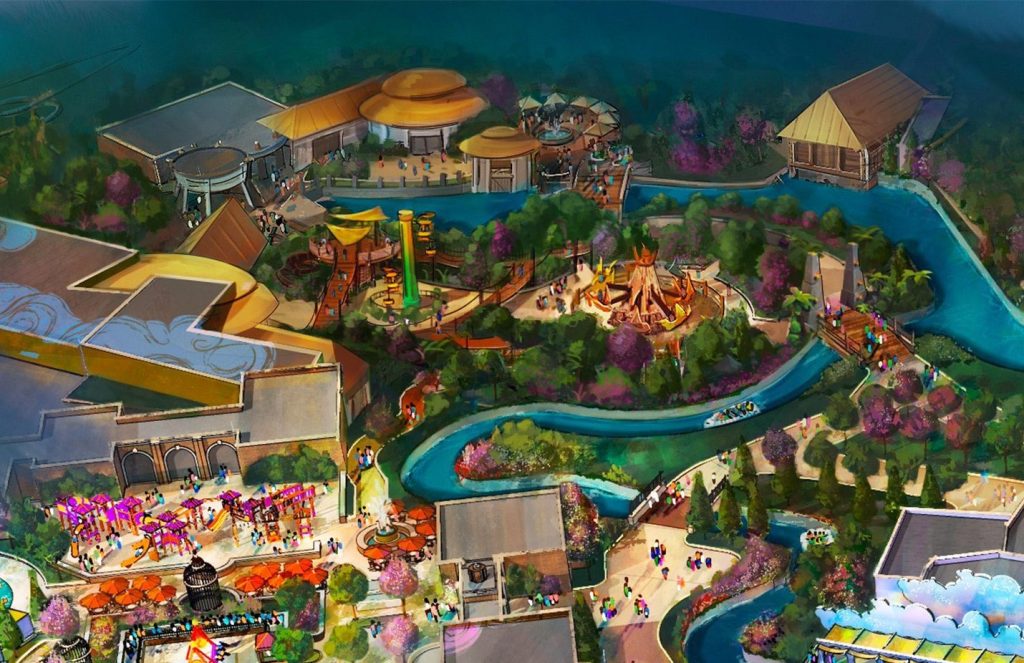 According to a social media post from the company, “The new park concept, set in a lush green landscape and featuring immersive themed lands, celebrates Universal’s iconic brand of entertainment, humor, and innovation and brings to life its beloved characters and stories in ways that will wow even the youngest theme park goers.” 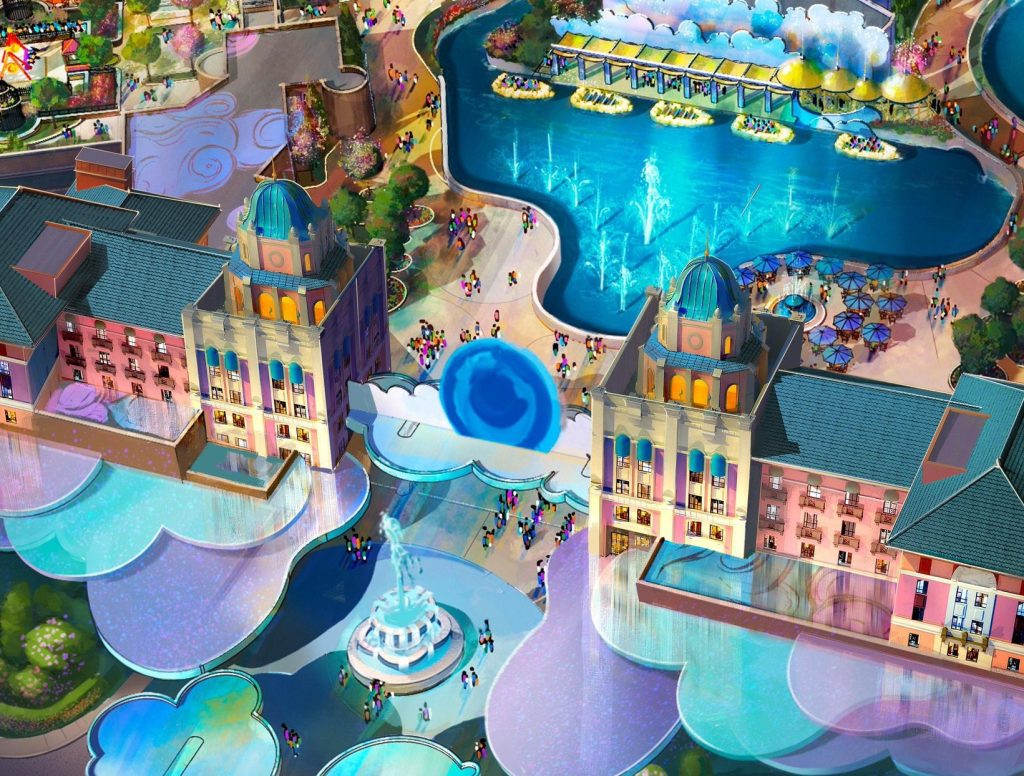 Some are speculating on social media that this new park could feature DreamWorks characters and settings. The official concept art includes what looks to be the DreamWorks logo at the entrance (seen above).

Areas and attractions within this new park could possibly be based on film series like Shrek, Trolls, Madagascar, and Kung Fu Panda. Other sections could be based on television series like Jurassic World: Camp Cretaceous and Gabby’s Dollhouse. 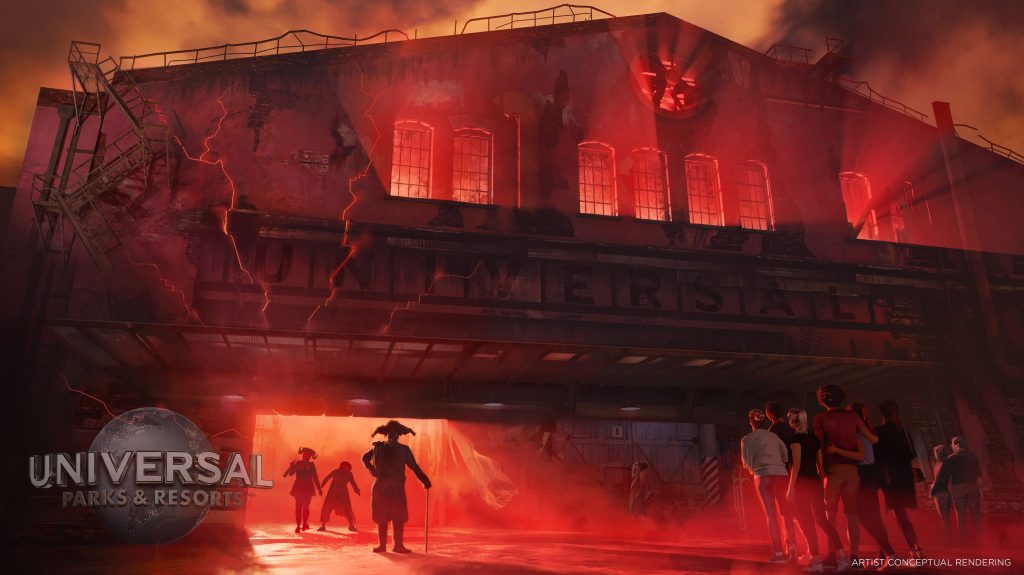 The new family-friendly park coming to Texas was not the only news released from the company today, as they have also announced what sounds like a new Halloween Horror Nights style haunt coming to Las Vegas.

This year-round, horror-focused destination, will be the anchor tenant in a 20-acre expansion of Area15. Area15 is currently home to attractions like Meow Wolf’s Omega Mart.

Universal says “This brand-new permanent entertainment experience in Las Vegas will bring to life Universal’s vast library of classic horror films and today’s most terrifying tales. With a variety of unique, immersive, fantastic horror-centric experiences that surround high energy food and beverage spaces by day turned haunting bars and eateries by night, the new concept marks the first time Universal has created a permanent horror experience beyond its theme parks.”

“Horror is not just for Halloween anymore at Universal,” Woodbury said of this announcement. 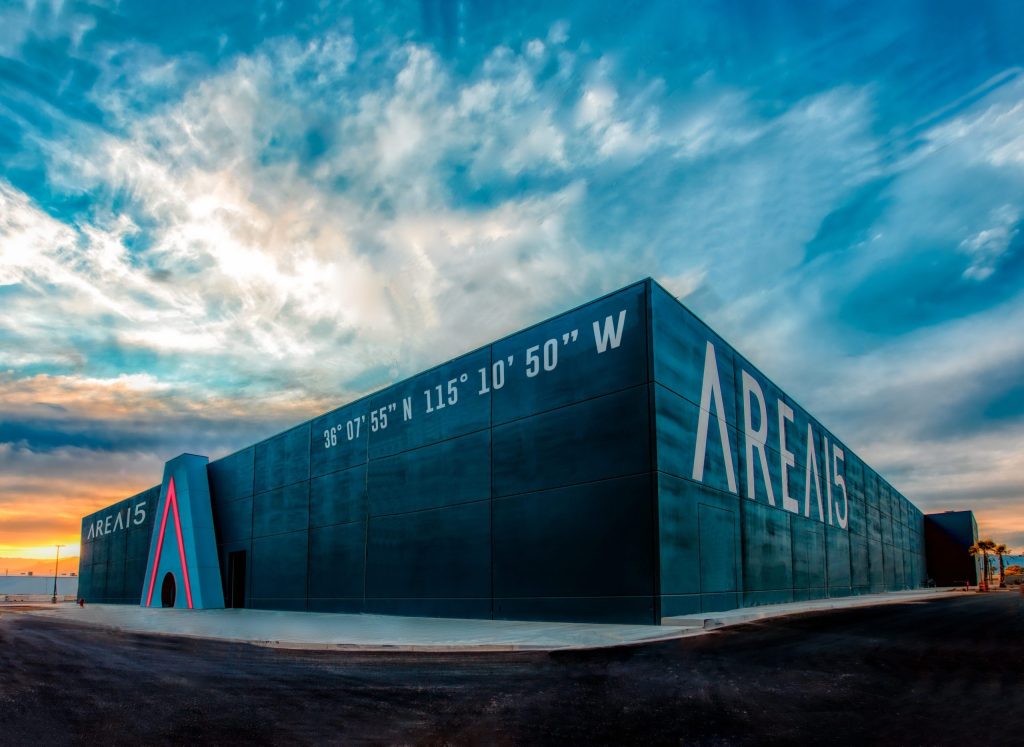 Area15 is an entertainment district that opened in Las Vegas in 2020, Photo: Area15

These announcements come as strong rumors are circulating that Universal may be looking to purchase PortAventura World in Spain, a theme park it once operated from 1998 to 2004.

Since acquiring NBCUniversal in 2011, parent company Comcast has been putting a strong emphasis on the theme park division, with substantial growth in the more than a decade since. The company opened Universal Studios Beijing in 2021, and will debut Epic Universe in Orlando in 2025.

Target opening dates for both of the projects announced today have not yet been revealed, with the company saying that further details will be released later. See the video version of this story for additional visuals.

Subscribe to the news feed or enter your email address below to never miss an update. Official Images: Universal Parks & Resorts | Other images as captioned