Universal Orlando’s Cinematic Celebration, the new nighttime lagoon show at Universal Studios Florida, has begun technical rehearsals. While the show has not officially opened, there is a chance to see limited previews during this time. Showtimes are listed on the official Universal Orlando app and on wait time boards throughout the park. Times are subject to change each day and there is no guarantee that the show will play each evening.

The show features full panoramic water screens, pyrotechnics, projection mapping onto surrounding buildings, and more than 120 dancing fountains. The presentation is filled with fun moments inspired by characters seen throughout Universal Orlando including the Minions, Harry Potter, Jurassic World, ET, Trolls and more. See more details about the limited previews for the show below, along with photographs from some of the first performances. And stay tuned for more theme park news and updates coming soon! 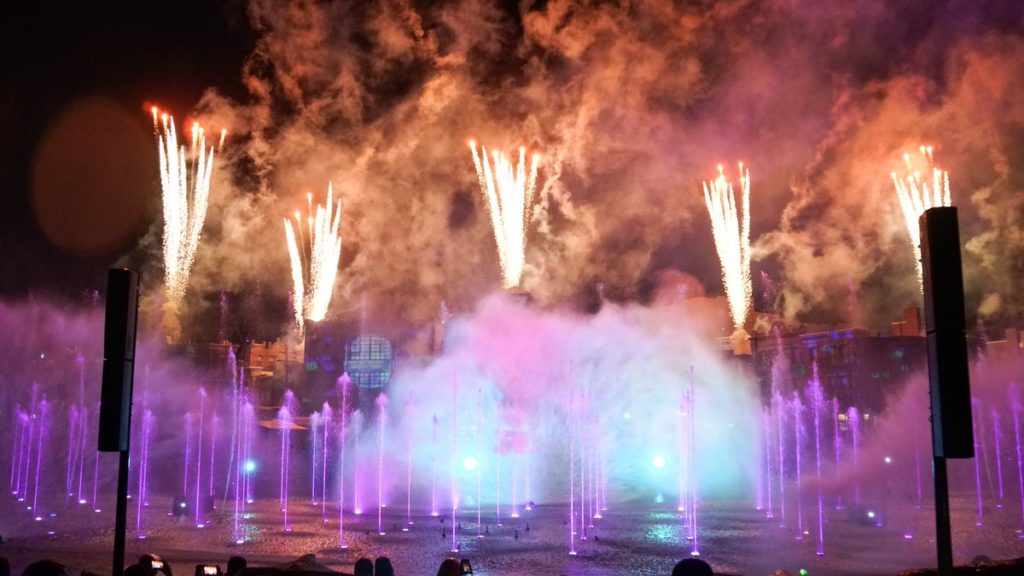 What is a technical rehearsal?
Technical rehearsal is a time for us to offer a limited number of guests the opportunity to preview our newest show as we make finishing touches in preparation for its official opening.

What are operating hours for “Universal Orlando’s Cinematic Celebration” during technical rehearsal?
Operating hours will not be set in advance and will vary as the show opens on a limited, unscheduled basis.

What can I experience during a technical rehearsal?
During the technical rehearsal, you may be able to experience the entire show or certain elements as we work on putting the finishing touches on the show. Please keep in mind some elements of the show may not be operational as we continue to test and refine all technical aspects. 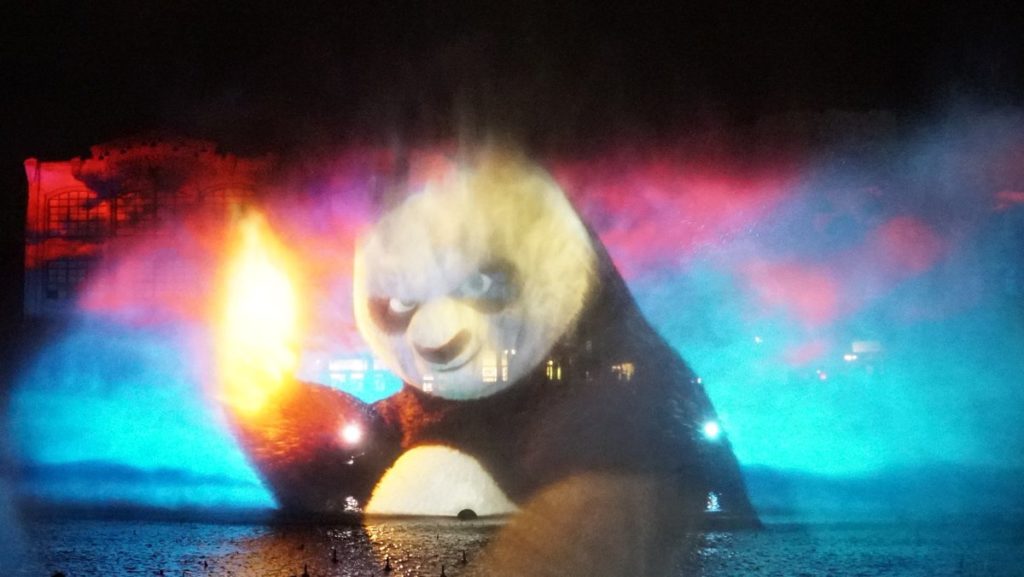 Located in the heart of the lagoon, “Universal Orlando’s Cinematic Celebration” will bring thrilling and fun moments to life inspired by characters from popular Universal Orlando experiences and blockbuster films.

You’ll witness moments from the Harry Potter series conjured to life by way of spells, ear-shattering roars from dinosaurs in Jurassic World, the adrenaline rush of speed from The Fast & the Furious, mischief by the Minions from Illumination’s Despicable Me and so much more. 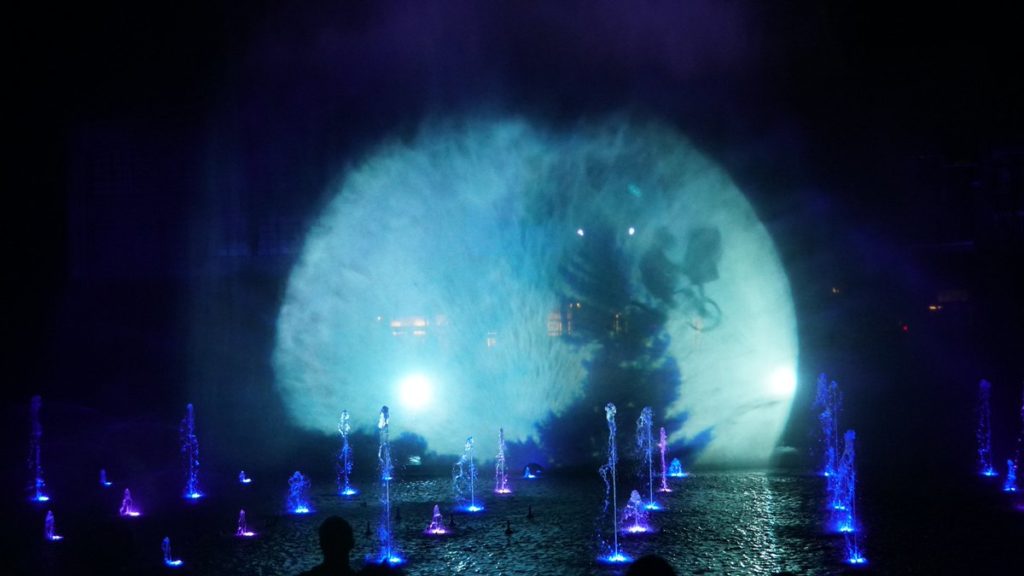 And, it’s all seamlessly projected on full panoramic water screens, accented by pyrotechnics and – for the first time ever – more than 120 dancing fountains with projection mapping. The entire waterfront of the Universal Studios lagoon and surrounding buildings will transform into a vivid celebration of epic movie moments and beloved characters.

We’re also building a permanent, dedicated viewing area for the show in the Central Park area of Universal Studios where you’ll be able to watch the lagoon come to life. Get ready for an epic cinema under the stars during “Universal Orlando’s Cinematic Celebration,” starting this summer.

You can see our previous construction updates for the new show here. For help booking your next trip to Universal Orlando request your free quote from Elizabeth at Destinations in Florida today! She’ll help you plan the perfect vacation with the best rates on ticket packages and on-site hotels, and her services are totally FREE to you.

Stay tuned for details about this new show as they become available. Subscribe to the news feed or enter your email below to never miss an update. Photos: @bioreconstruct