With annual passholders with reservations getting their first chance to experience the Jurassic World VelociCoaster at Universal’s Islands of Adventure yesterday, some changes were made to the first floor of the area’s Discovery Center.

A new “pop-up” gift shop has taken over the central area of the first floor of the Discovery Center, called VelociCoaster Store. Team Members were also having guests exit the area through this makeshift store to prevent re-rides, although this may not be a permanent operational change when the coaster officially opens. 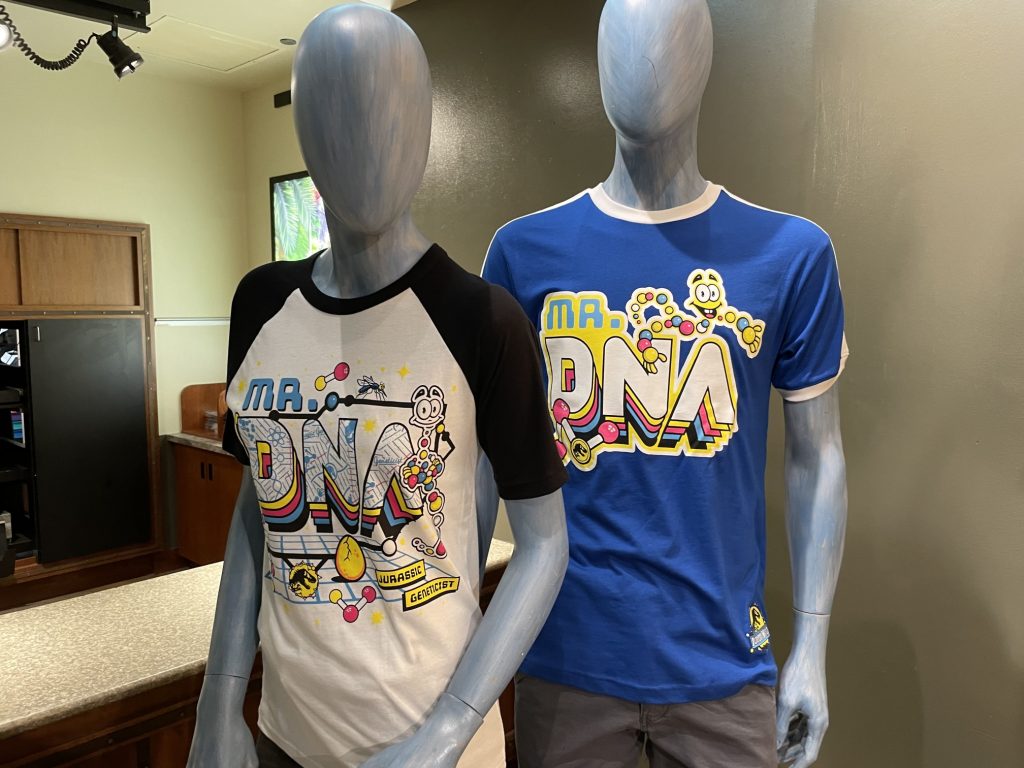 Check out the video and photos below for a look around this new shop, as well as some new shirts that were recently added to the Jurassic Park area, including several themed to the franchise’s Mr. DNA character. 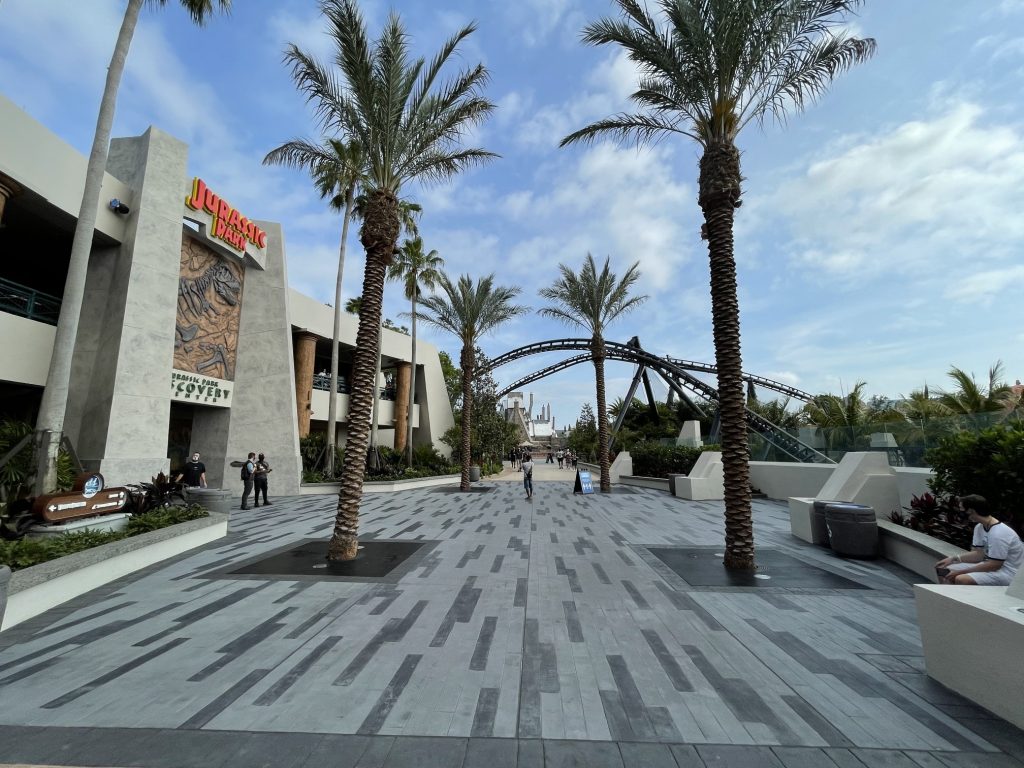 While the main entrance for the new pop up VelociCoaster Store was through the front door on the lower level, guests are allowed to go down the stairs or elevator from Burger Digs to visit this gift shop location. You will not be allowed to exit back out to the waterfront area at this time though. 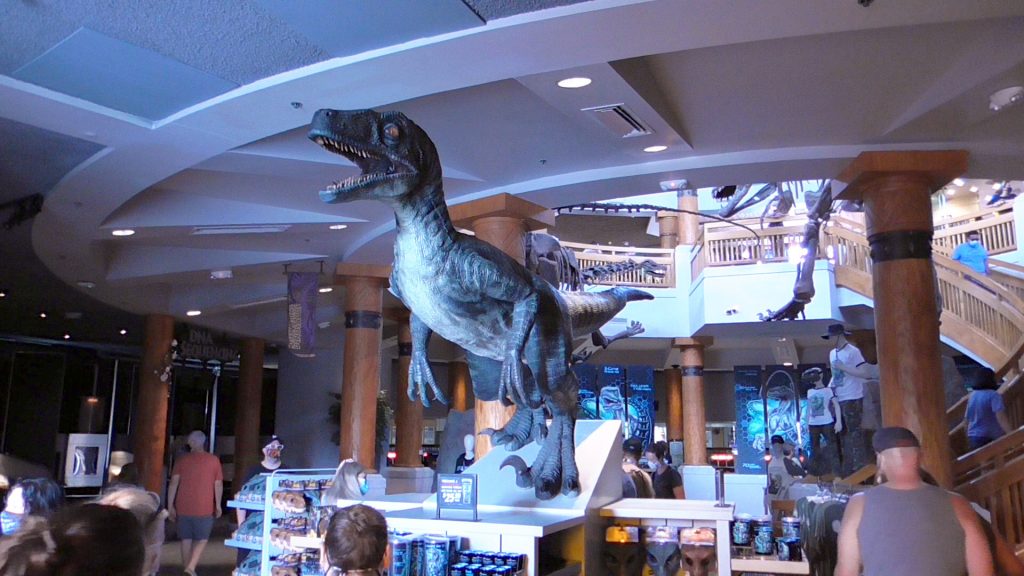 The store features many of the same pieces of VelociCoaster merchandise we’ve seen show up in other stores around the resort, however some new items have been added as well.

New T-shirts with the words “They were here first” and “Raptor Country” are now available at this store location. 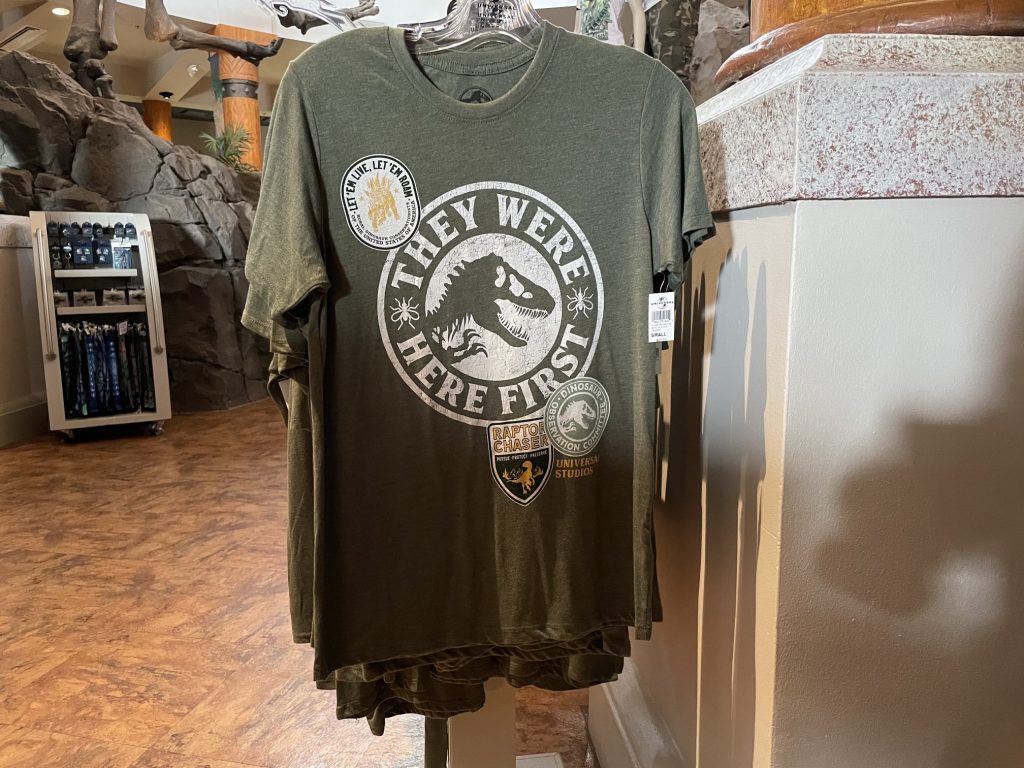 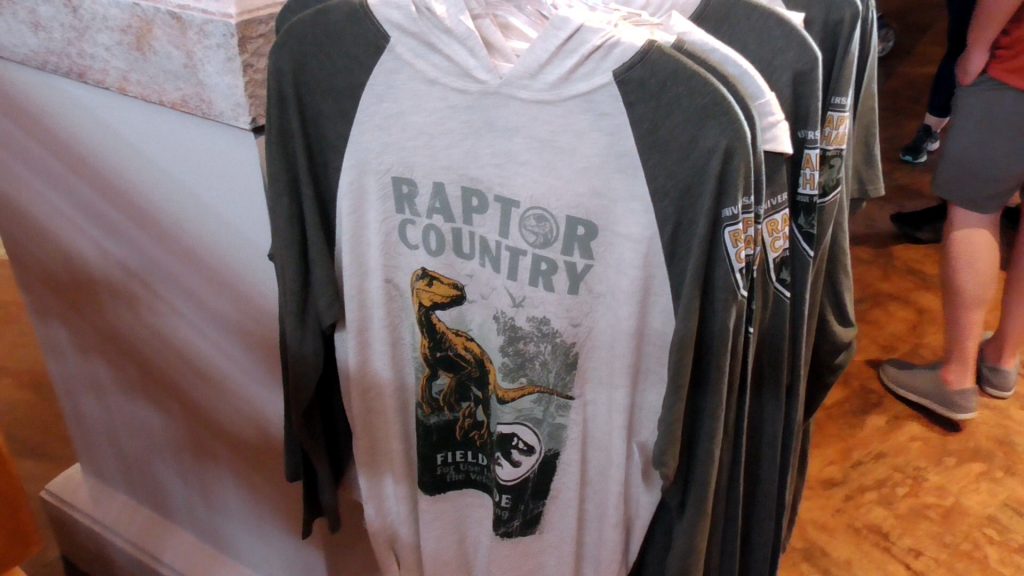 New Mr. DNA shirts are also available at the two other area gift shops in Jurassic Park, DinoStore at the second level of Discovery Center and Jurassic Outfitters at the exit to the River Adventure ride. 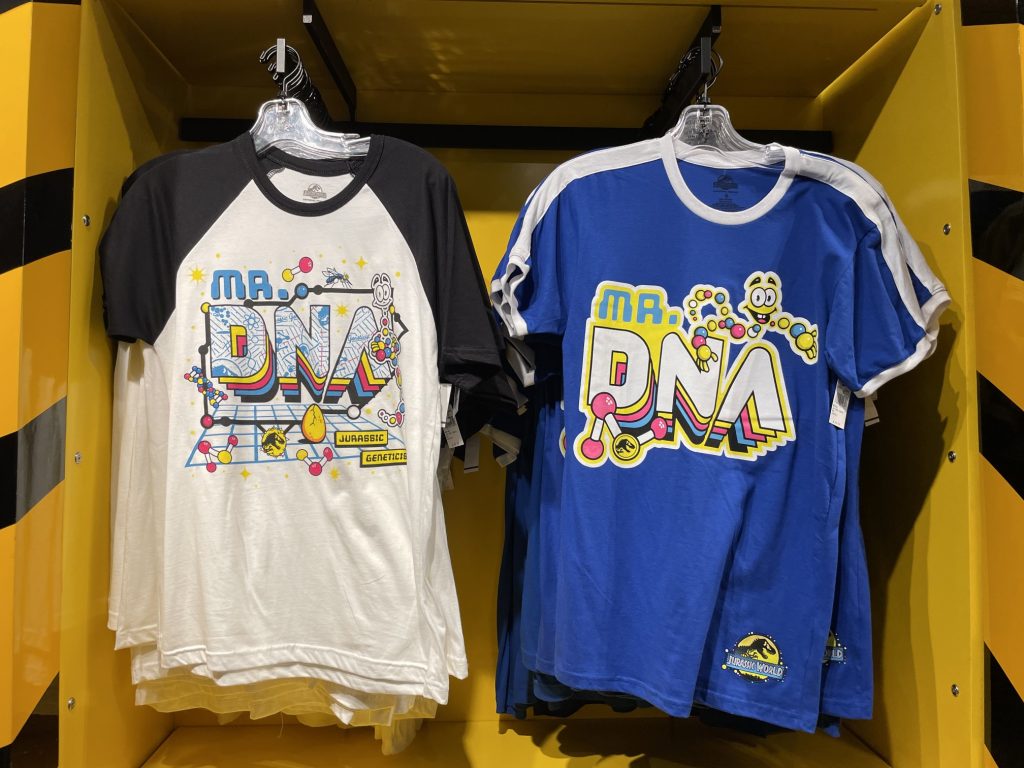 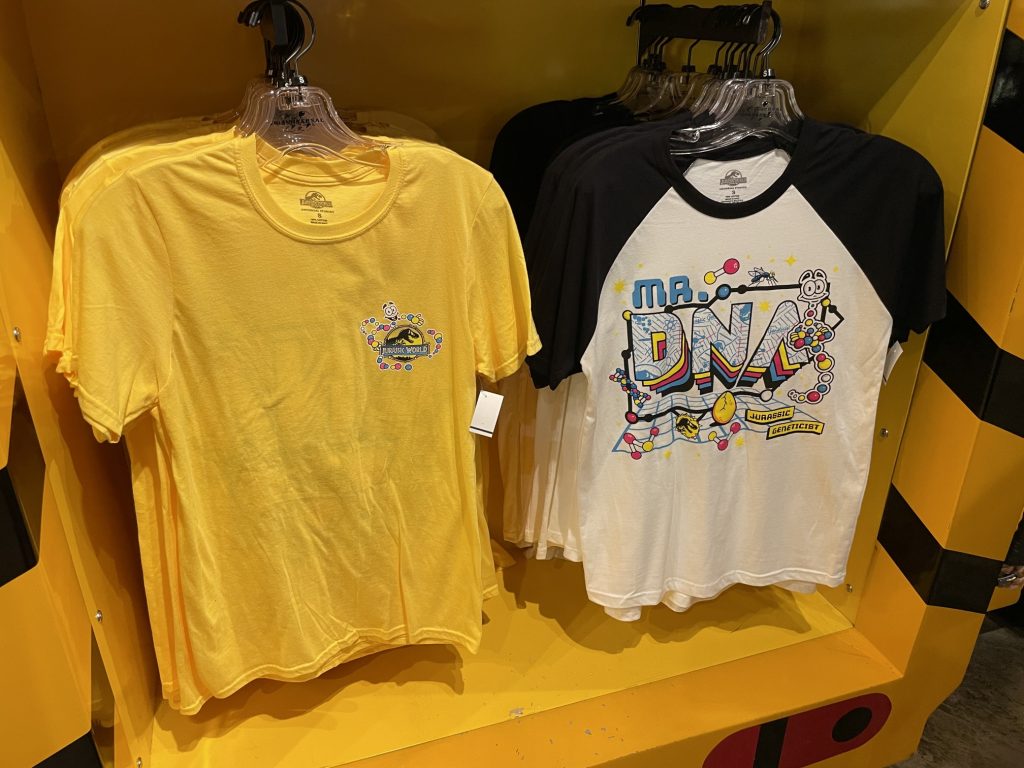 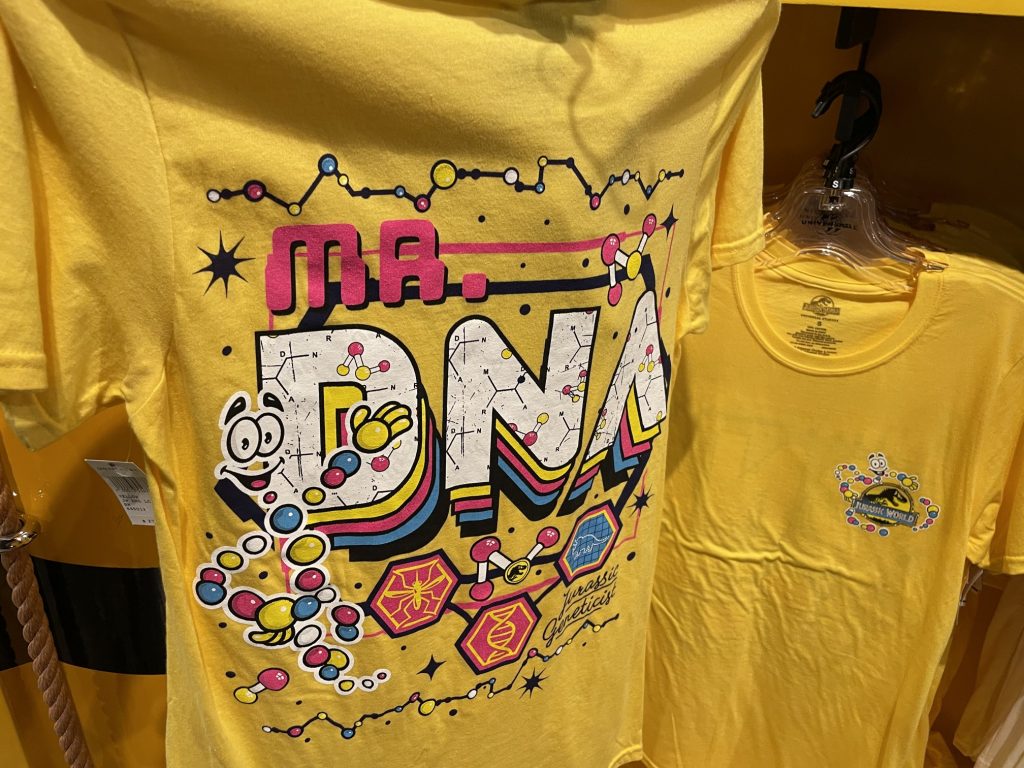 We aren’t sure yet if the new store inside of the Discovery Center is permanent, but the exhibits around the lower level are closed due to the pandemic anyway. Regardless, this is your one-stop VelociCoaster shop now that previews are going on through Wednesday, May 2nd. 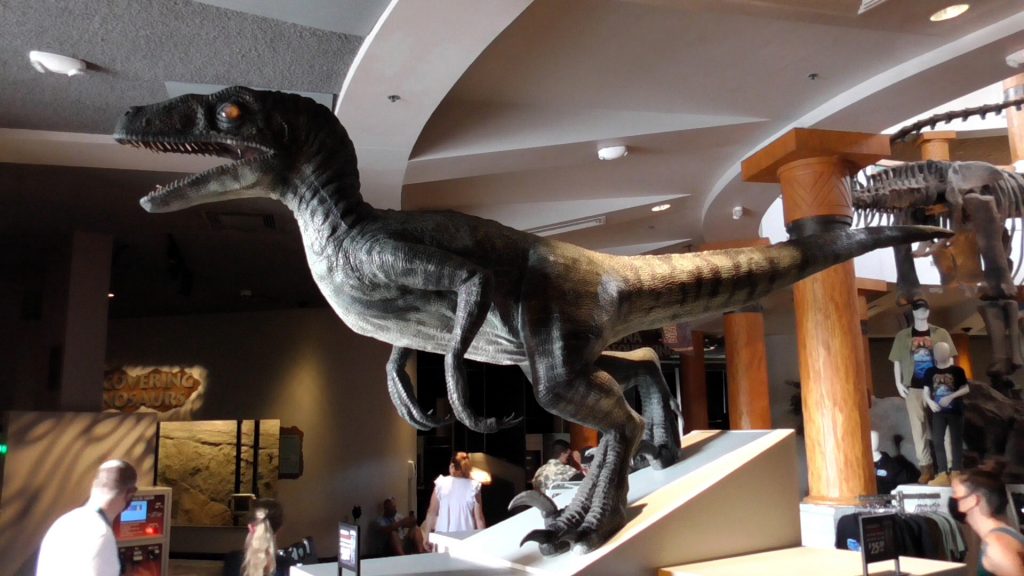 See our previous update with photos from the waterfront area and video from inside the queue for more details on the passholder previews and the possibility of more previews as we get closer to the official grand opening of Jurassic World VelociCoaster on June 10th!

Subscribe to the news feed to never miss an update or enter your email address below. Photos/Video: Alicia Stella