There is a new rumor that characters from the Disney+ hit The Mandalorian could be making their way into the Black Spire Outpost, breaking the land out of its sequel trilogy-locked time period.

On the latest episode of The Disney Dish Podcast, Jim Hill talked about the Disney Parks & Resorts division’s plan to possibly incorporate these newer characters into the Galaxy’s Edge lands in both Walt Disney World and Disneyland Resort. “We can anticipate seeing meet and greet opportunities with Mando and the Child” he says in the episode, which was all about what we can expect to see at Disney parks in the coming years. 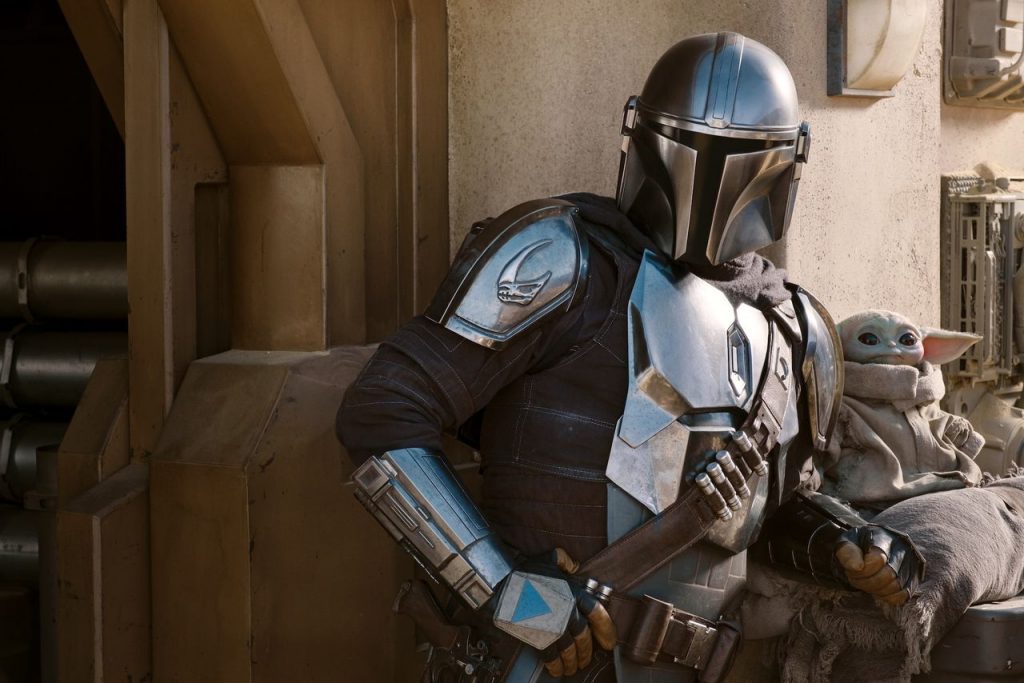 According to Jim Hill, in addition to Mando and Grogu, we could also see appearances by other characters like Boba Fett and Ahsoka Tano. He also posits that Disney could remove walk around characters like Kylo Ren and Rey in favor of characters from newer shows and films, going so far as possibly replacing Kylo Ren’s shuttle with the Razorcrest inside of Galaxy’s Edge.

While the discussion is around walk around characters and photo ops, the attractions themselves would remain in their own time periods, creating a somewhat disjointed timeline for the land. This would not be something new for the parks, as Hill points out, since newer characters from hit shows have been added to classic Disneyland’s Frontierland for example. Co-host Len Testa admits he would be okay with Galaxy’s Edge being more like Adventureland, where different time periods can exist within the same land, becoming less strict about adhering to a specific timeline. 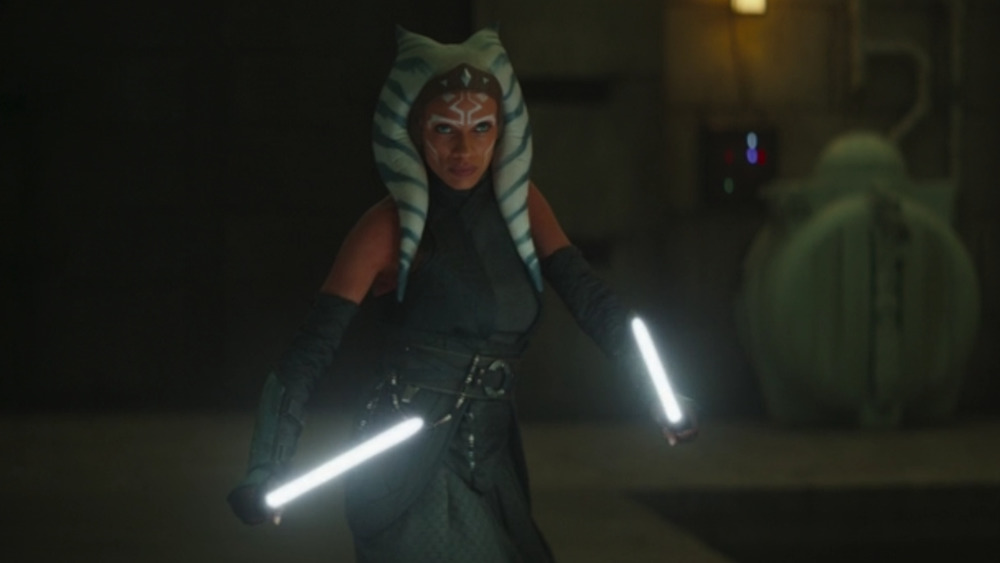 Plus, this wouldn’t even be the first time we’ve seen elements from The Mandalorian television show pop up in the theme park land. Last year we got an official PhotoPass photo op that would pair your family with “The Child,” and just a month later Toydarian Toymaker started selling Grogu plush, created in their recognizable homemade doll style. 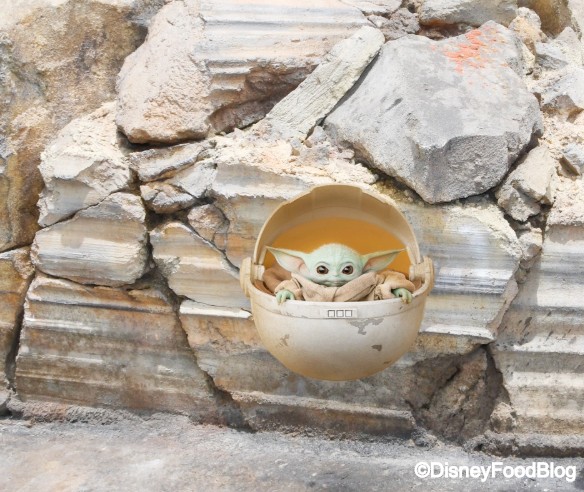 Get your picture taken with a (virtual) Grogu, Photo: Disney Food Blog

Sure, the additions so far have only been a PhotoPass option and merchandise offerings, but they were definitely coming from a place of demand. Since the show first premiered, guests had been purchasing the regular Yoda plush from Galaxy’s Edge and wrapping it up in a cloth to make it appear more like The Child. It’s not hard to believe that Disney may want to do more to capitalize on the show’s success by at very least adding a walk around character in the near future. 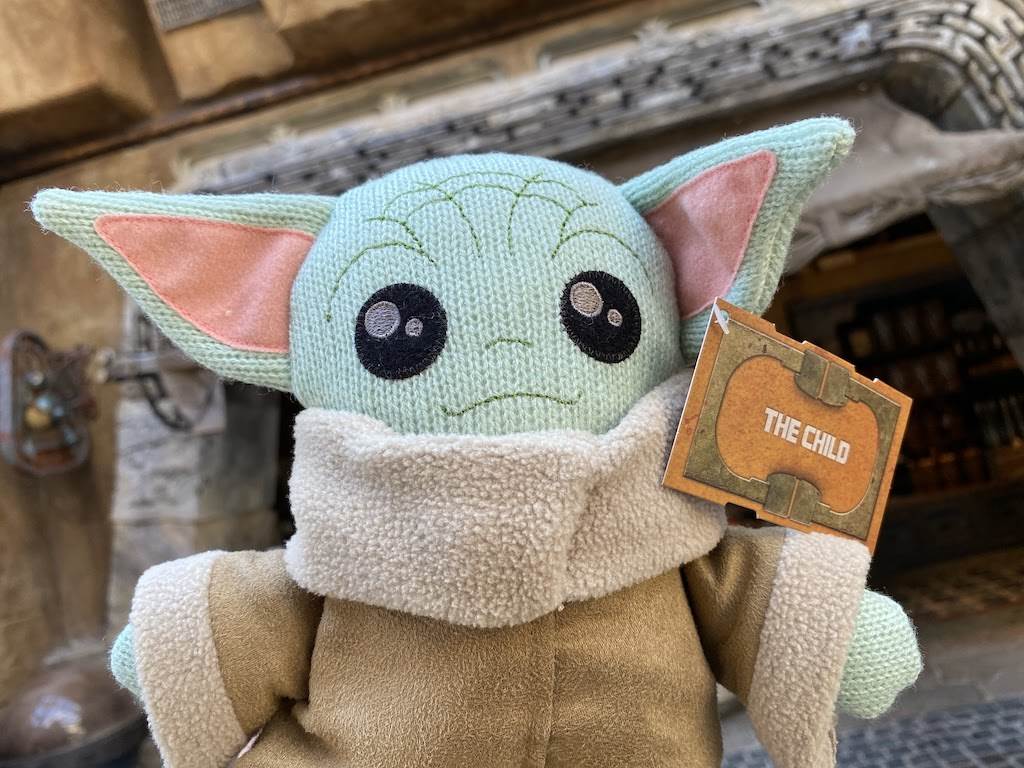 Jim Hill also says that an update to Millennium Falcon: Smugglers Run may be on the horizon for 2024, after we’ve had five years with the initial mission. That attraction was originally rumored to open with multiple missions, but ultimately only opened with one. Hill also spoke about possible discussions going on with Walt Disney Imagineering and Lucasfilm relating to the upcoming “Rogue Squadron” film as well, which is set to be released in 2023. 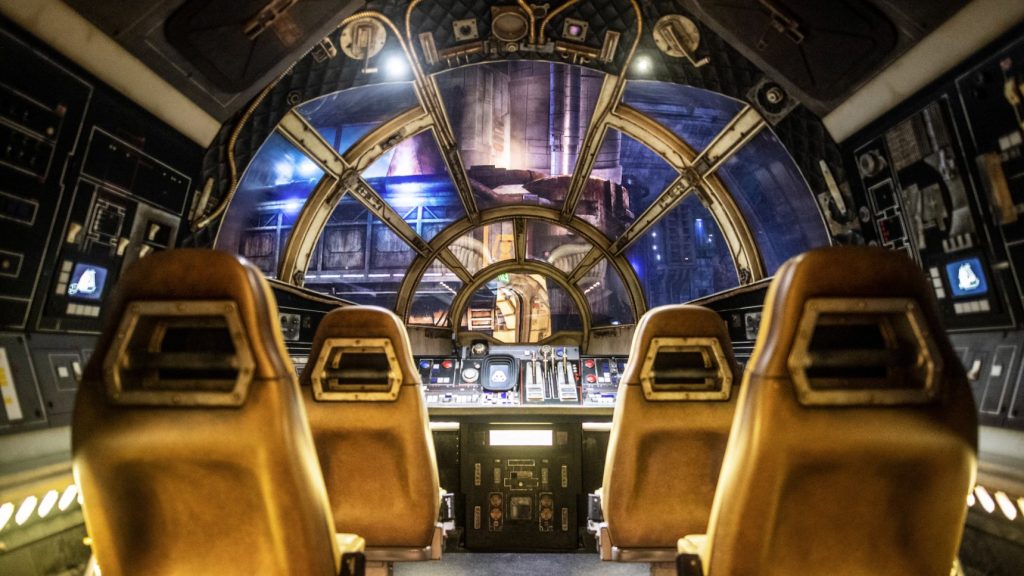 Hill characterizes these rumors as Disney thinking: “…They’re trying to hit a reset button on Galaxy’s Edge, to the effect of, Star Wars finally has characters again that people love, let’s give them access to the characters they love.”

This news comes off the heals of Disney’s recent announcement of 10 new Star Wars series in development for Disney+. Seeing how the company appears to be going all in on new Star Wars after the success of The Mandalorian, it’s not hard to believe that we may see a shake up within the theme park lands as well—or, at least a few more small tie-ins. 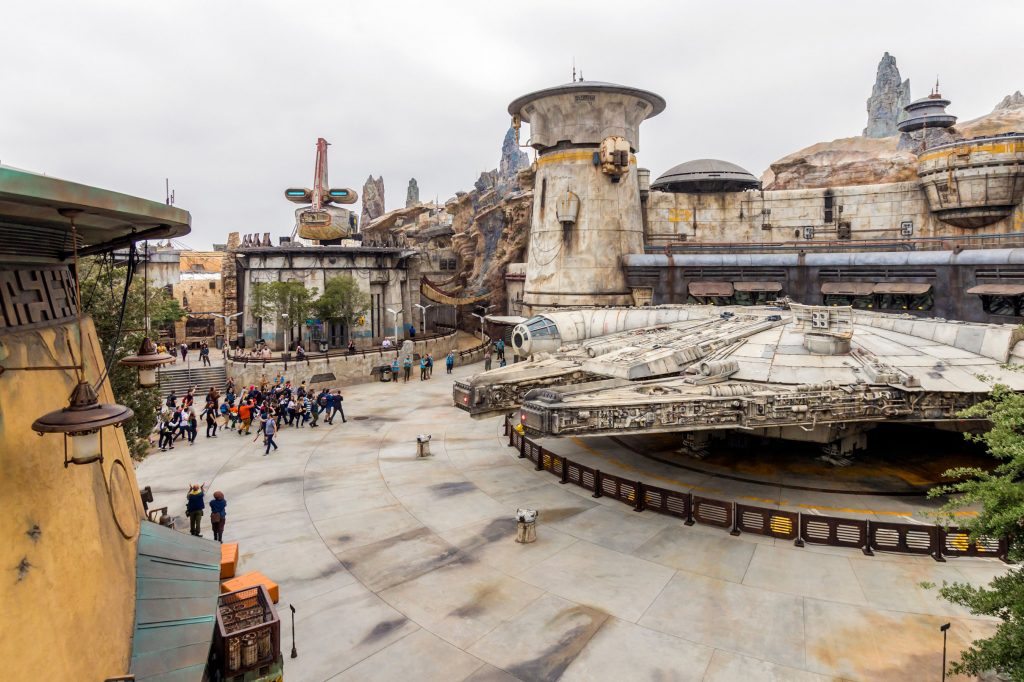 Star Wars: Galaxy’s Edge exists in the Walt Disney World Resort and Disneyland Resort. Imagineers have said that the land will continue to evolve and grow with new experiences added as new stories are told within the Star Wars universe. The new Star Wars themed hotel experience, Galactic Starcruiser, is still under construction in Florida, which is also tied to the sequel trilogy time period, but Hill did not address that directly.

These rumors seem to echo those that were being passed around last week, including a story from WDW Pro on piratesandprincesses.net. Be sure to listen to the full Disney Dish episode for more interesting rumors and details for all the new things we could see, and when, at Disney Parks in the coming years. (Spoiler warning for the end of season two of The Mandalorian during the Galaxy’s Edge discussion in this episode.)

Stay tuned for continuing coverage of news and rumors for theme parks in Orlando and around the world. Subscribe to the news feed to never miss an update or enter your email address below. Photos: Disney/Lucasfilm (unless otherwise specified)