Fear Factor Live at Universal Studios Florida officially closed last year. Demolition permits were filed last Fall, but still haven’t been approved by the city. Besides being denied a permit for demolition, there are now rumors that the supposed planned replacement for this closed theater may be canceled.

Let’s discuss what we thought might be built here, why it may no longer be happening, and how recent permits can shine some light on the situation, in today’s news update. Be sure to check out the video version of this story for additional visuals. 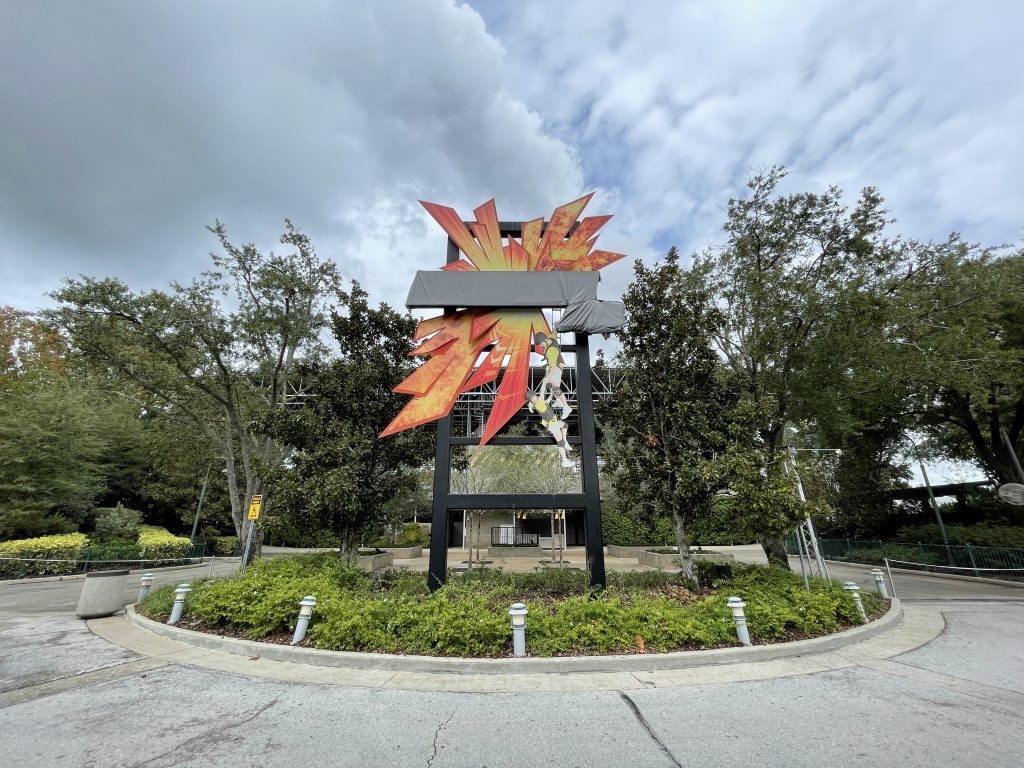 This outdoor theater was originally home to the park’s Wild, Wild, Wild West Stunt Show which closed in 2003, before being taken over by Fear Factor in 2005.

Fear Factor Live ran through 2020, when it closed due to the pandemic. In October of last year, Universal Orlando confirmed that the attraction would not be returning.

Demolition permit from the City of Orlando

Shortly after it was announced that the show was officially closed, several demolition permits were filed for the removal of the theater. The permits were for both the actual demolition itself, as well as temporary work site trailers with sidewalks.

A notice of commencement was also posted for this project, listing Bumpass Construction as the contractor. They’ve worked on projects with Universal Orlando in recent years, including installing the viewing area railings and concrete in the Central Park area for the park’s nighttime lagoon shows. 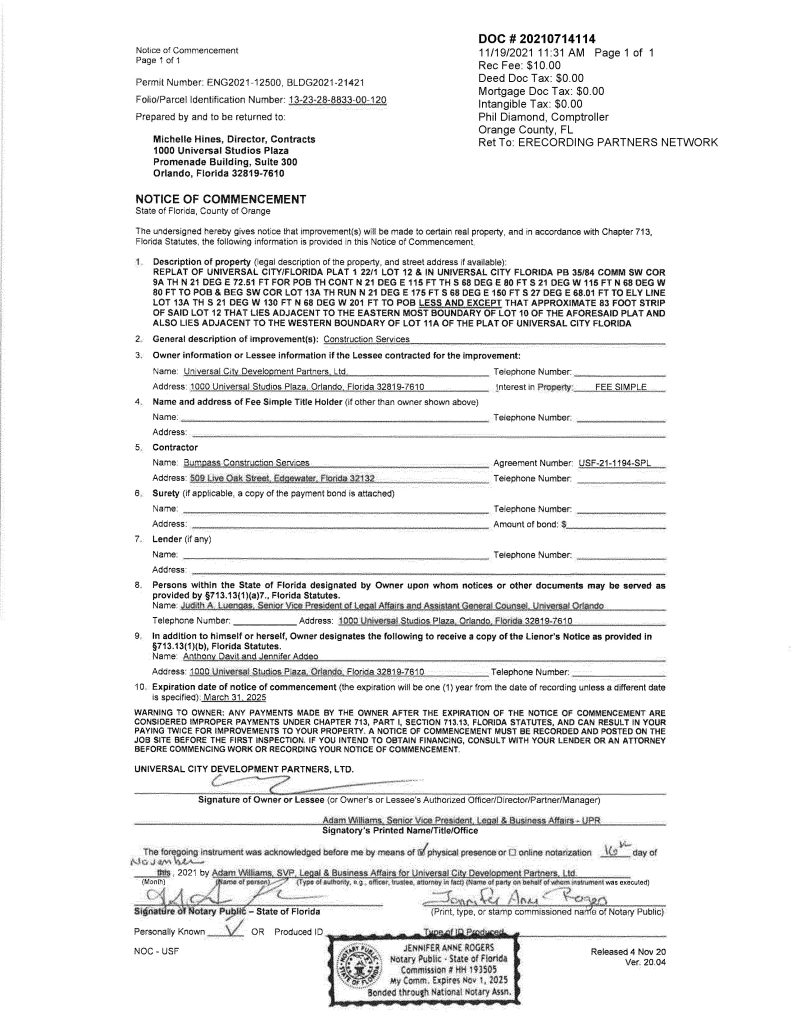 Referred to as Project 195 in official documents, this project had been rumored to be an expansion of The Wizarding World of Harry Potter: Diagon Alley.

Many believed it was going to be a high capacity virtual reality-type attraction where you get to fly on a broomstick. This particular attraction was originally being created for Epic Universe, but when the park got delayed due to a pause in construction related to the pandemic, it was rumored that it would be built here at Universal Studios Florida instead.

According to rumors, the attraction would employ a VR headset, a motion base, and multiple types of interactive controls, to be used in combination to make it feel like you’re controlling your own flying broomstick.

It was rumored that a section of the existing London waterfront facades would be extended to better flesh out the expanded area. The entrance to this future attraction was going to be placed in an expanded London area, facing the park. 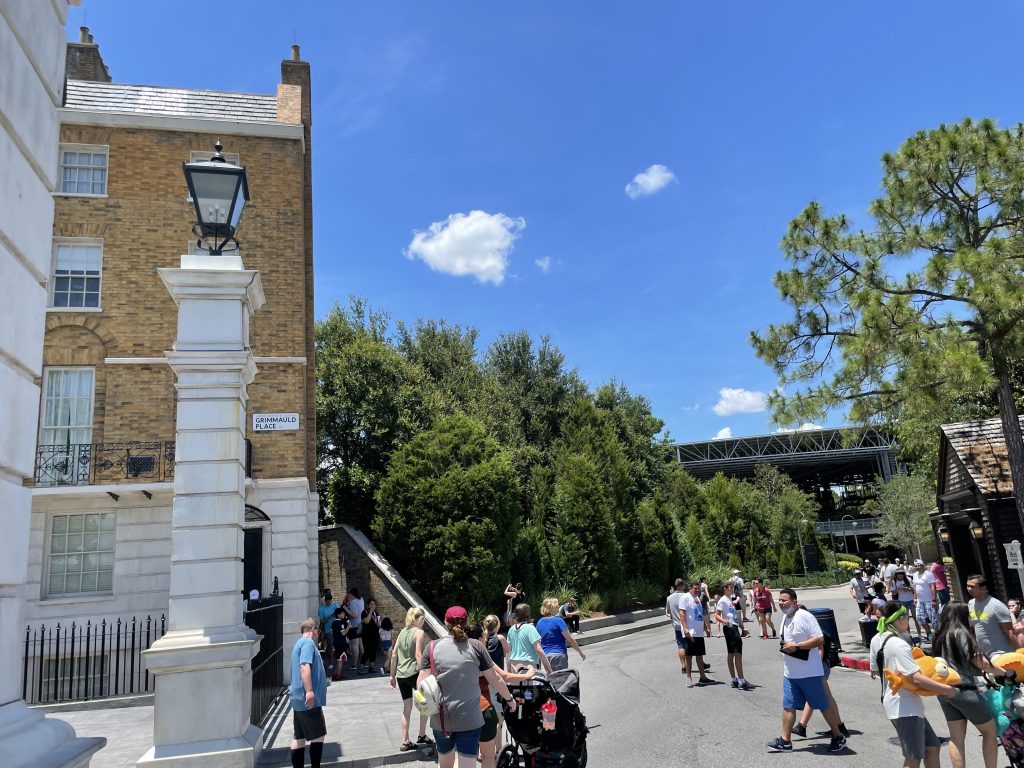 Work walls were expected to go up around the Fear Factor Live theater several weeks ago, but the demolition permits were never approved by the city. According to the latest review notes from the City of Orlando in December 2021, the plans for Project 195 were insufficient, and they required additional EPA permits to be issued before continuing.

Then, on January 16, 2022, according to publicly filed documents, it appears that Universal was issued a permit from the Florida Department of Environmental Protection for Construction Generic Dewatering. 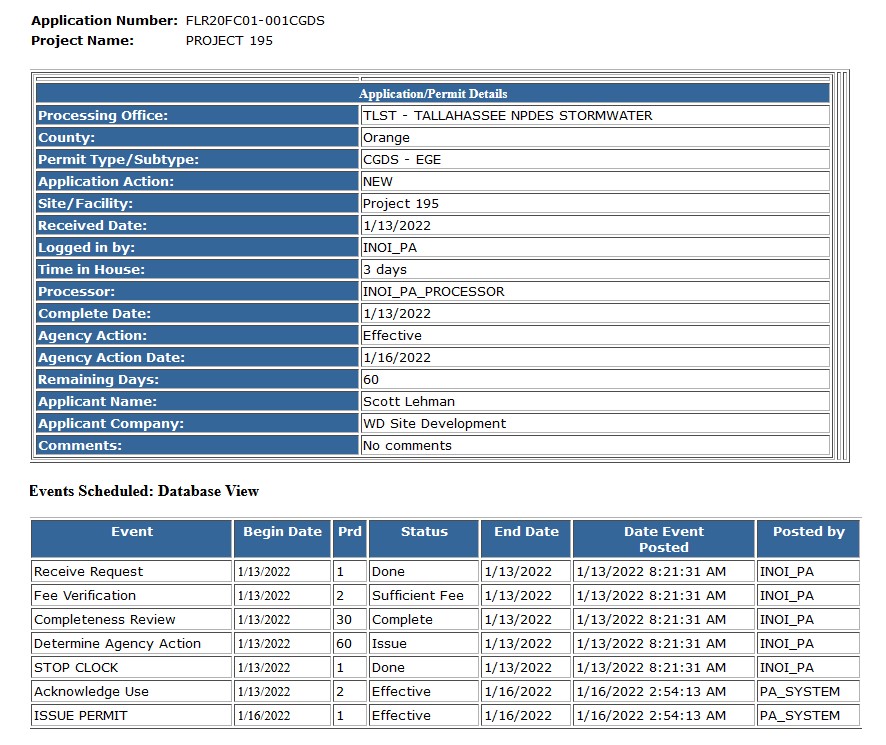 The permits were updated a few days later however, and now list Project 195 as a “Canceled Project.” Although, it goes on to say that the reason for terminating the current application is because the company handling the EPA requests were transferring them over to a different company. 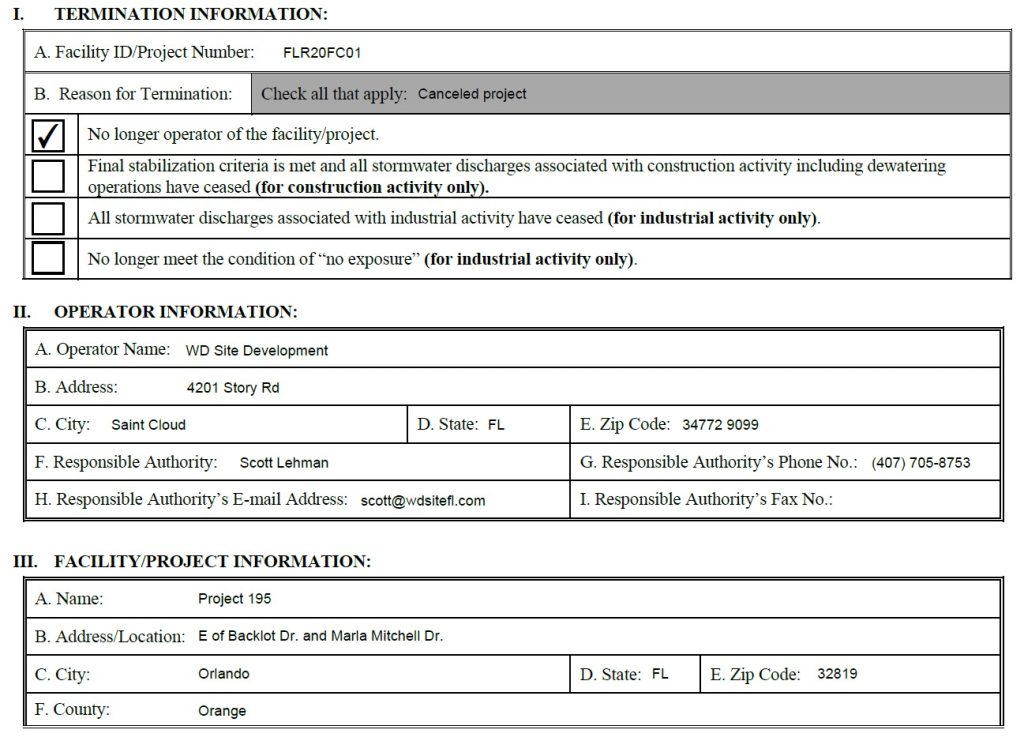 They have designated Koncept Carma, Inc. as the ones in charge of signing documents related to the environmental impact for this site. That company specializes in working with active construction sites to ensure they are complying with stormwater and government mandated environmental regulations. 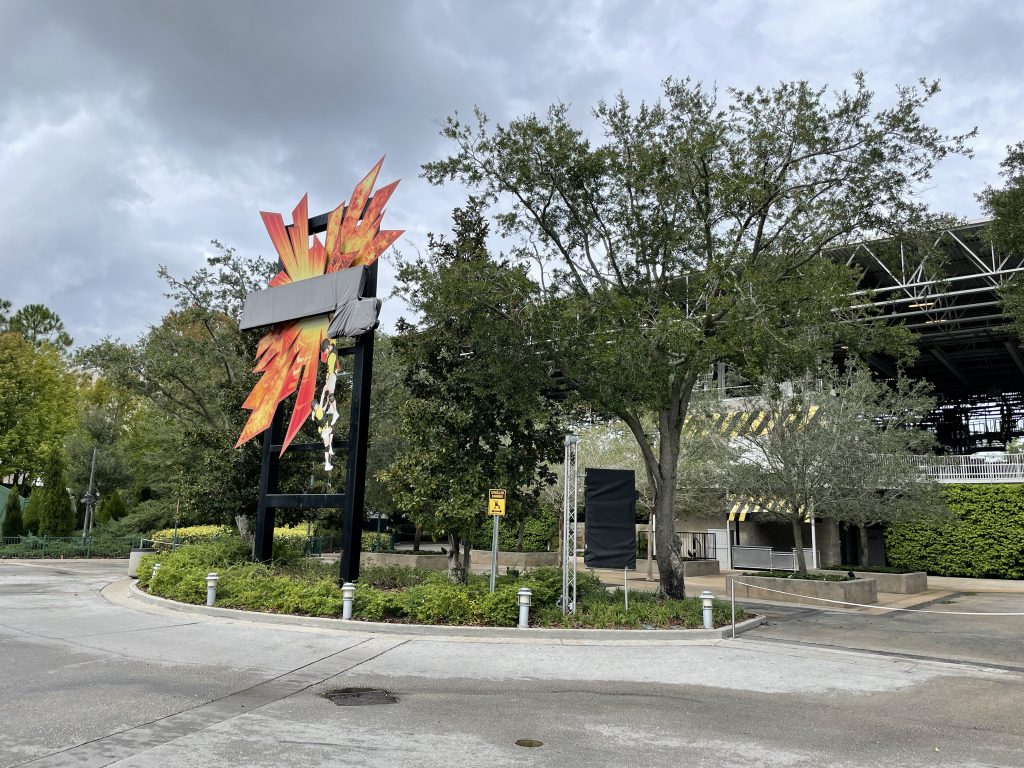 If this all means that the demolition and preparation work for the Fear Factor Live area is going to take longer than expected, perhaps that is throwing a wrench in any upcoming plans for a replacement at Universal Studios Florida.

One theory says that perhaps the rumored Potter VR experience could instead be moved BACK to the original location that it was designed for: Epic Universe. Adding credibility to this idea, the permit for the structure where the VR experience was expected to be housed at the upcoming theme park was recently paid and approved.

Despite this, many within the industry believe that Universal’s possible VR attraction has been cancelled outright, and will not be built anywhere, including the new park. If this is true, many will likely point to the opening of the Harry Potter New York store last year as a possible reason.

That store opened with two VR experiences of its own, including one where you fly on a broomstick. Rumor has it that Universal Creative had been working on their version since 2017, and by some accounts, may have been blindsided by Warner Bros. approving a similar experience elsewhere. It’s also possible that Universal wants to move away from digital media based simulator attractions in general, due to guest response in recent years. 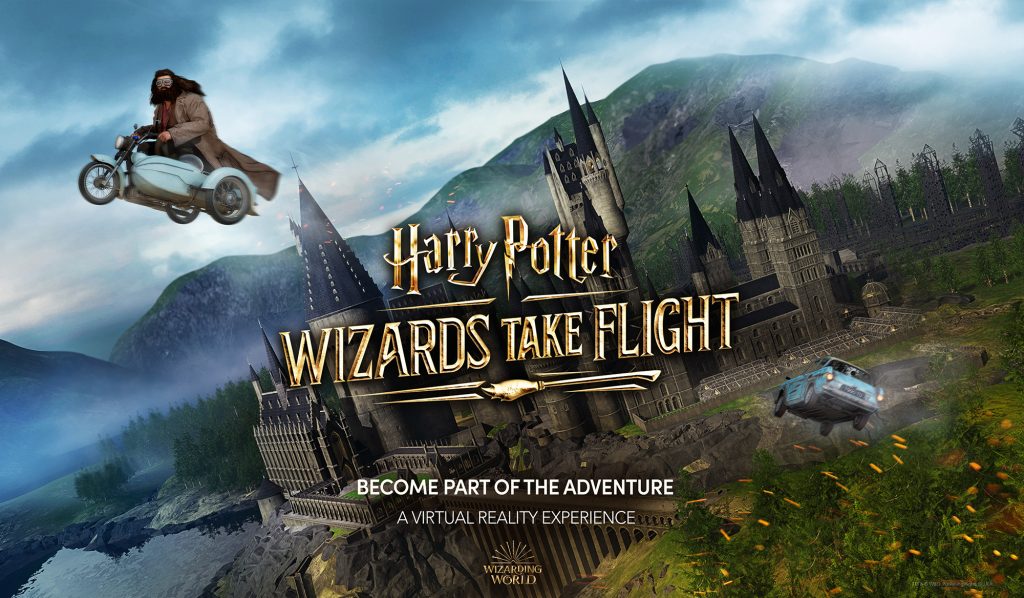 We’ll be watching how construction shapes up and whether permits change for the rumored Wizarding World land at the new park in the coming months. And we will continue to keep an eye on the progress of demolition permits back at the Fear Factor Live stage.

Whether we see some sort of expansion to The Wizarding World for this park—or even an entirely new attraction concept instead—it looks as though Universal is working behind the scenes to demolish the old stage to make room for something to be built here… Eventually. 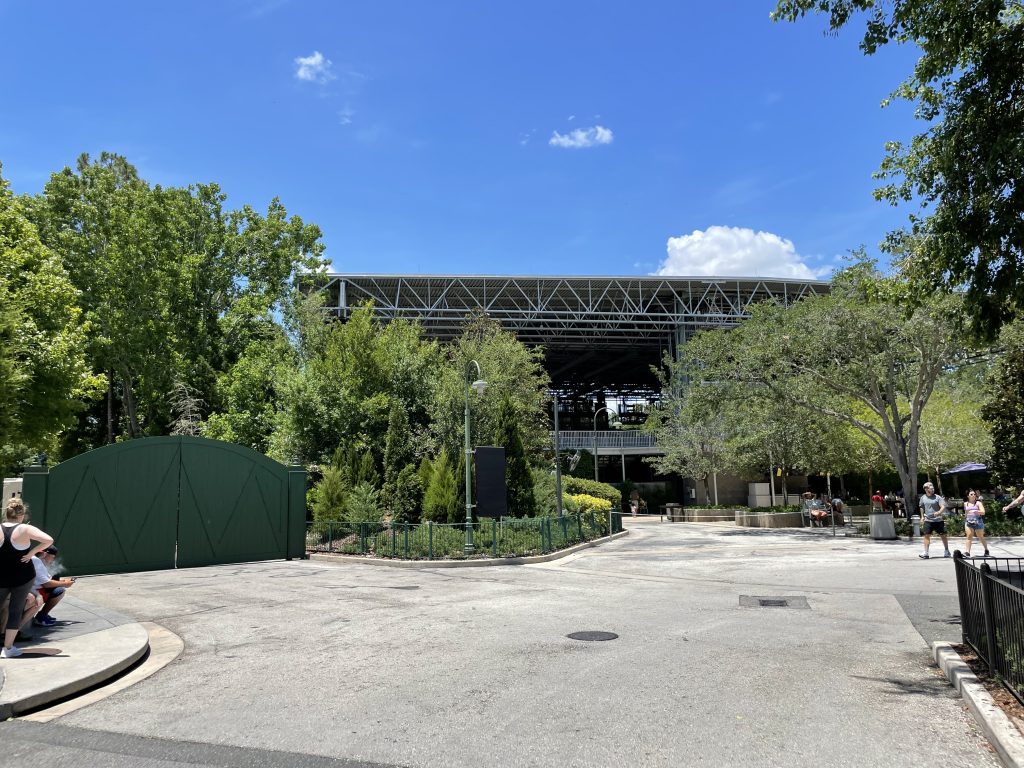 That’s all for now, but if you’d like to bring a piece of the parks home, Souvenir Scents has candles and wax melts that smell just like the ET ride, Butterbeer, Disney rides, and more. Save 15% off every order with my promo code PARKSTOP at SouvenirScents.com. 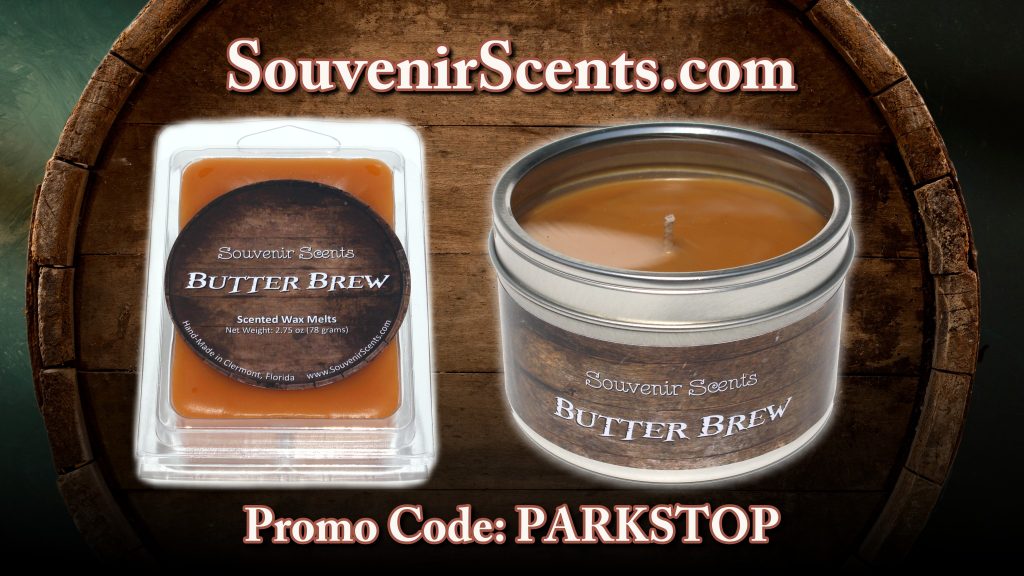 Stay tuned to the site for more Epic Universe and Universal Orlando news, rumors, and construction updates. See the video version of this story for additional visuals. Universal Orlando has not yet announced anything for this area of the park as of this writing. 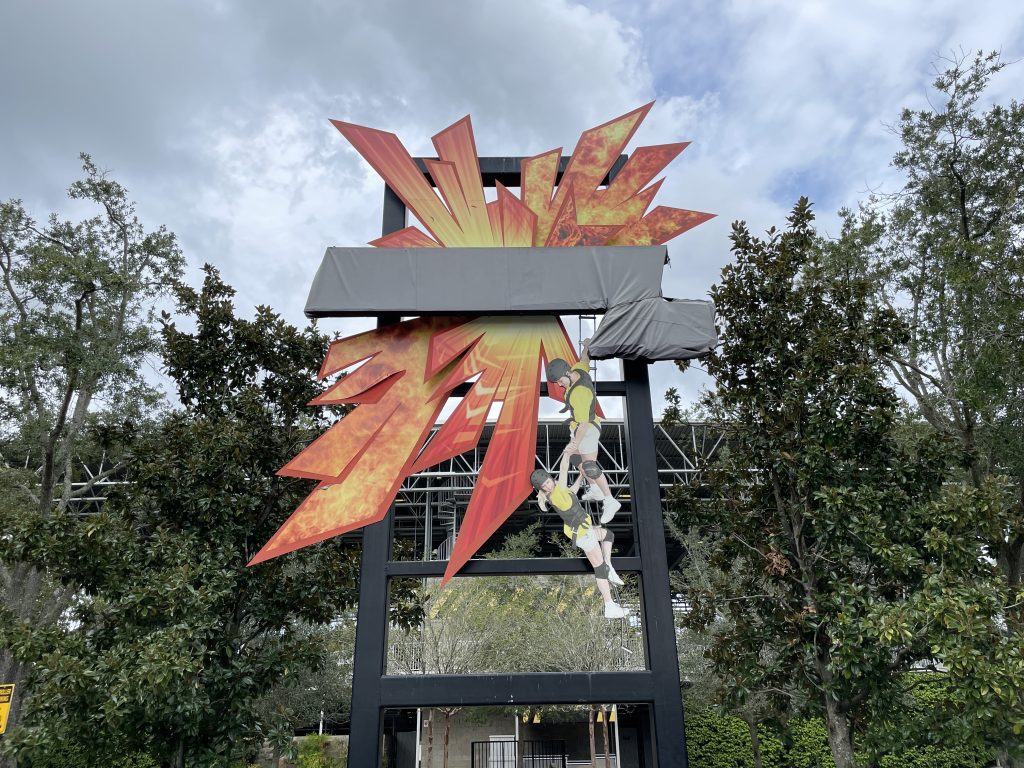