Walt Disney World has confirmed today that the Guardians of the Galaxy: Cosmic Rewind roller coaster attraction will have its grand opening on May 27, 2022.

Located in the newly renamed “World Discovery” area of EPCOT, (formerly known as Future World East,) this new indoor roller coaster attraction replaced the Universe of Energy attraction, which closed in 2017, following the announcement of the new ride. 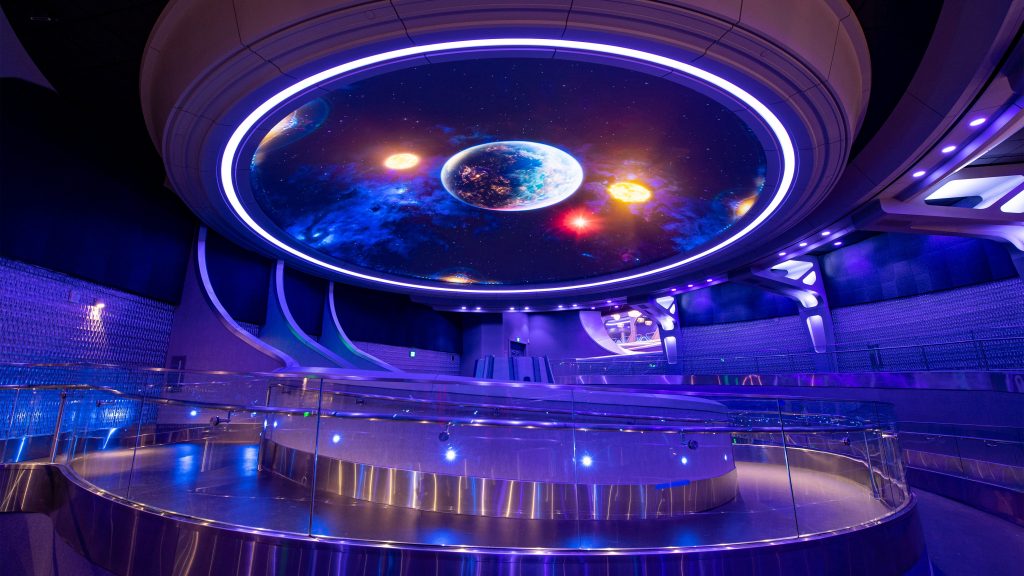 Disney recently revealed images from inside the new attraction’s queue area, including the photo above. This image is of the “Galaxarium, a sweeping planetarium-style space showcasing planets, stars and other intergalactic wonders.”

Shortly before that, they had revealed views of the roller coaster’s load area, including the photo below. This attraction will feature rotating coaster cars, which can be pointed in specific directions like an omnimover, but while moving on a coaster track. 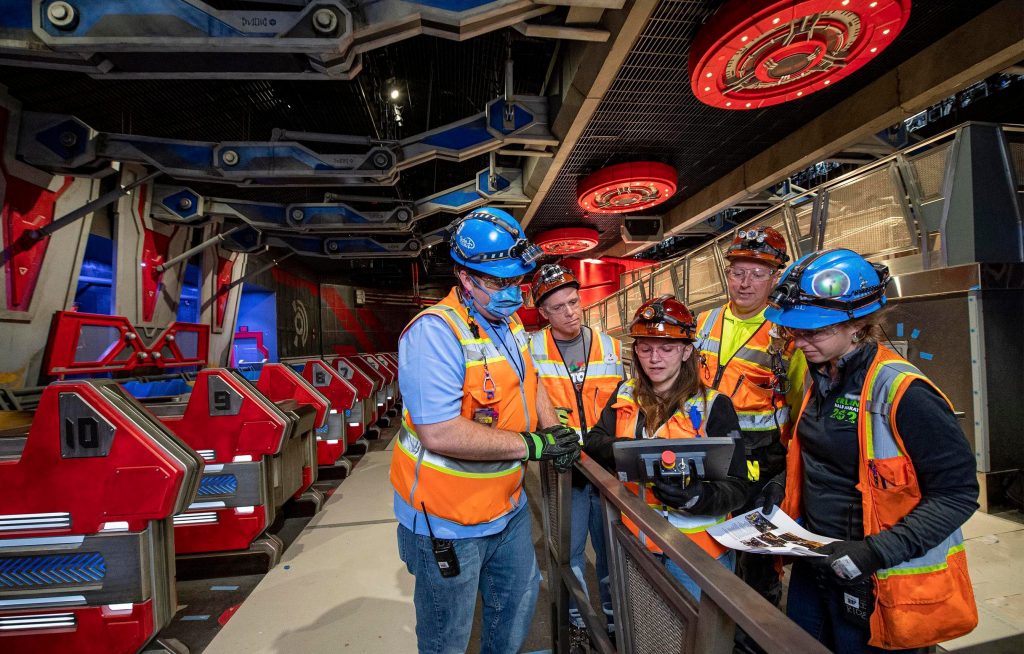 Today, as part of the official opening date announcement, Disney revealed a brief teaser trailer for the ride. This 30-second commercial features the Nova Corps attempting to send out a distress signal, as things appear to be disappearing at their new Xandarian outpost. It’s none other than the Guardians of the Galaxy that heed this call.

The new commercial also features Rocket attempting, (poorly it seems,) to fix Peter Quill’s mix tape. This may actually play into the attraction’s story in some way. Groot can be seen in the video, as his full-size version—not as Baby Groot like in the Mission Breakout attraction at Disneyland Resort.

Guardians of the Galaxy: Cosmic Rewind is EPCOT’s first roller coaster, and will be one of the longest indoor coasters in the world. It’s Disney’s first reverse launch coaster in the world, and the first Walt Disney World ride to feature Marvel characters.

The attraction is themed as a Xandarian Outpost here on Earth. Glenn Close is reprising her role from the films as Nova Prime, the leader of Xandar and commander of the Nova Corps. Located in front of the attraction’s main entrance sits the first full-scale Xandarian ship ever built, as the ones in the films were only ever created using special visual effects. 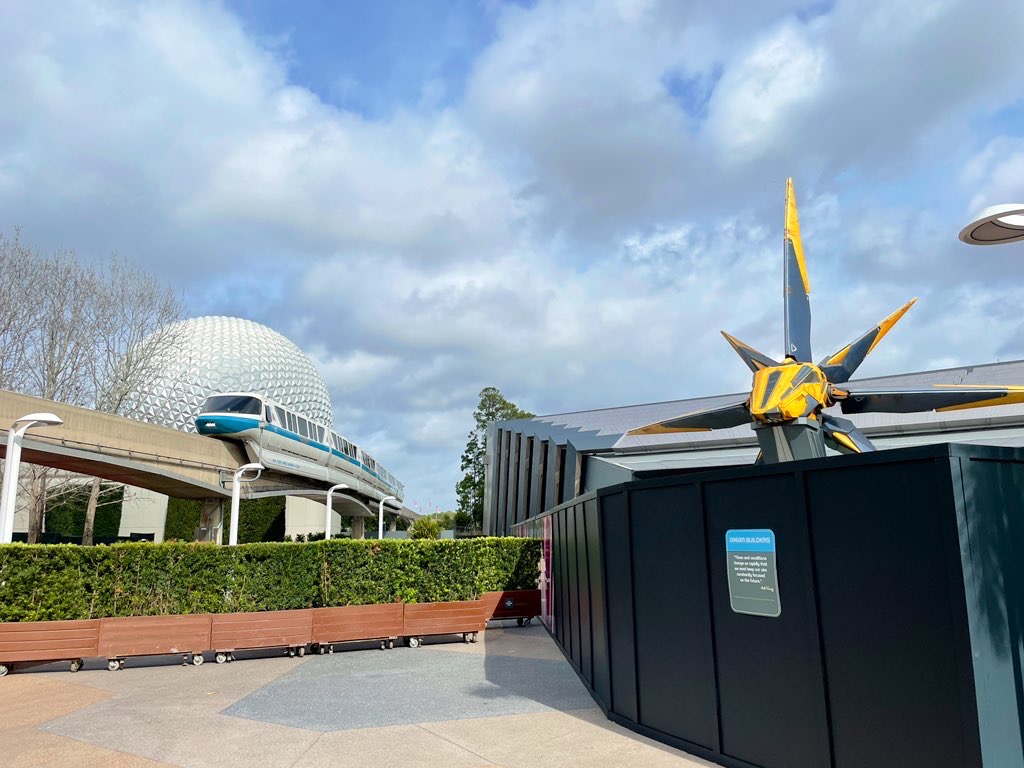 This new attraction is opening as part of the Walt Disney World 50th Anniversary celebration, which is currently underway. Details for possible DVC or Annual Passholder previews have not yet been revealed.

We are also still waiting for confirmation on whether or not this attraction will open with a virtual line Boarding Group system, (although many believe it will). Stay tuned for more details on this new ride as they are released, including photos and video from opening weekend! 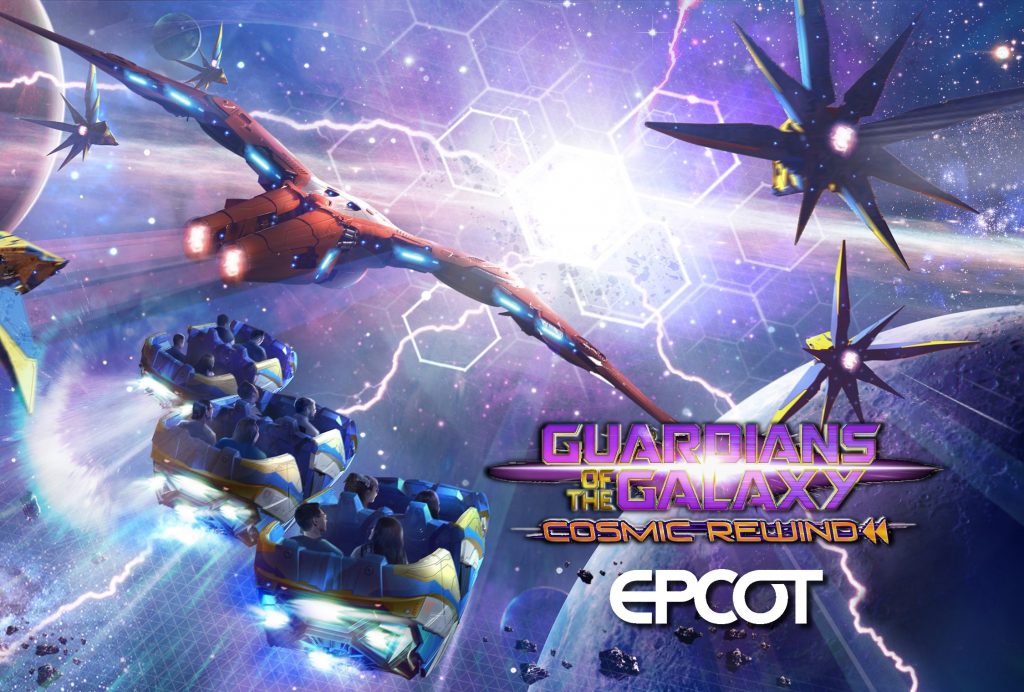 You can check out our video on Everything We Know about Guardians of the Galaxy: Cosmic Rewind in our video below or in the previous article. That is where we talk about the type of ride system this new coaster will be using, the possible thrill level, and some speculation on story elements.