Star Wars: Galaxy’s Edge will be opening earlier than anyone expected, even Disney themselves! In Disney’s own words: “it’s debuting early because of high guest interest in experiencing this new, immersive land.”

The highly anticipated land will be opening in two phases. Phase 1 will include the ride: Millennium Falcon: Smugglers Run, where we get to pilot the Millennium Falcon — as well as all of the food and beverages like Blue Milk, and merchant options like building your own droid. The land’s highly anticipated second attraction: Star Wars: Rise of the Resistance, will not open until late this year, as part of phase 2. 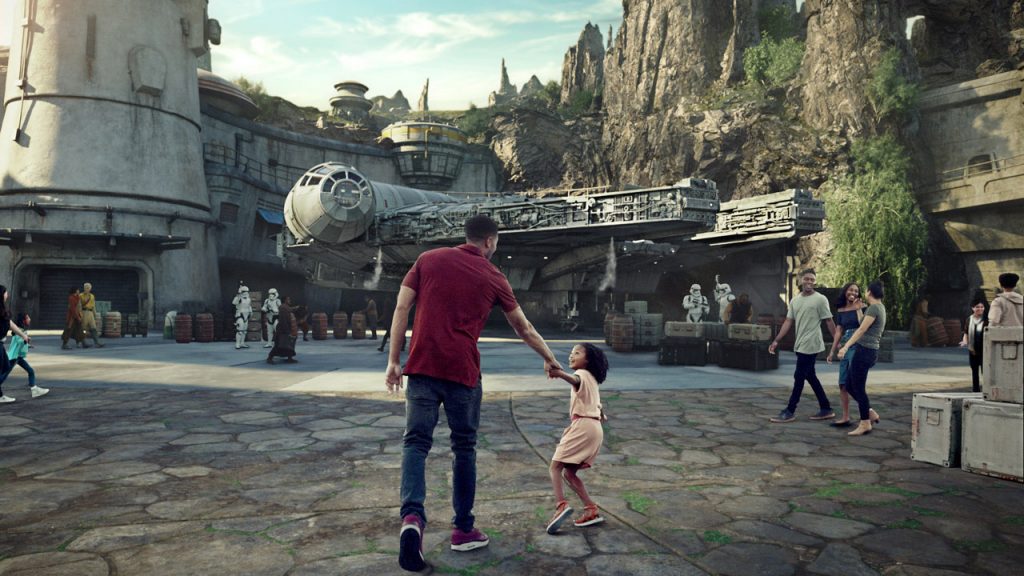 Scheduled to open May 31, 2019 at Disneyland park, visitors to that location between May 31st and June 23rd will be required to make a one-time free reservation to guarantee their entry into Galaxy’s Edge. Guests staying on-site at the Disneyland Resort will receive automatic reservations for the land.

Galaxy’s Edge at Disney’s Hollywood Studios in Walt Disney World will not require a reservation to enter the land, however, since space is limited it will be a first-come-first-serve situation.

Disney’s FASTPASS services, including access via Disney MaxPass at Disneyland park, and Disney FastPass+ service at Disney’s Hollywood Studios, will not initially be offered at Millennium Falcon: Smugglers Run.

Regular park entry will be required to enter the land, and there are currently no plans to offer paid admission to Galaxy’s Edge. Star Wars: Galaxy’s Edge will be open during normal park operating hours. It will not be included in Extra Magic Hour or Magic Morning at Disneyland Park. It will be available during Extra Magic Hours at Disney’s Hollywood Studios.

Disney warns: “Capacity for the parks, Star Wars: Galaxy’s Edge and its experiences is limited. Access to the park, land and experiences may be restricted or unavailable depending on guest demand and other factors.”

Star Wars: Rise of the Resistance, which Disney is calling the most ambitious, immersive and advanced attraction they’ve ever attempted, will be opening at the lands later this year. Galaxy’s Edge at both Disneyland and Walt Disney World will initially open without this attraction. An opening date for that ride will be released at a later time. 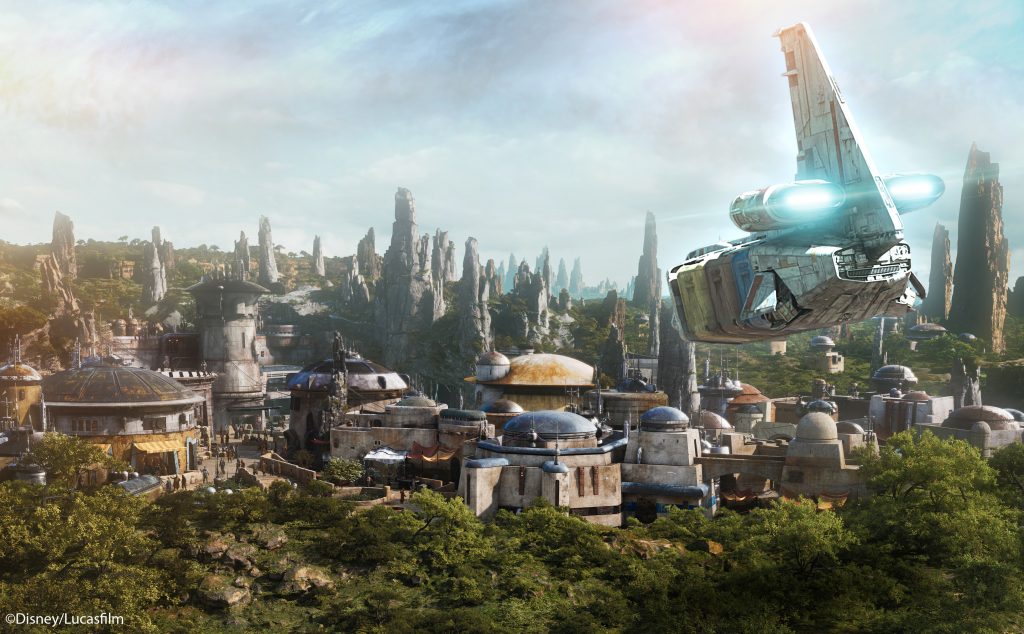 If you’re looking to book a vacation to the Walt Disney World Resort, request your free vacation quote from Elizabeth, our vacation planning partner over at Destinations in Florida. She can help you book the best on-site room for your stay, as well as ticket packages and even dining for your whole trip — and the best part is, her services are free to you!

For more information on what you can expect to find at Star Wars: Galaxy’s Edge, check out our recent episode of the ParkStop Podcast, and stay tuned for more news coming soon! Subscribe to the news feed or enter your email below to never miss an update. Images: Disney