The Bourne Stuntacular, a show that Universal calls “the most technologically-advanced stunt show yet,” is now open at Universal Studios Florida. Combining the use of live stunt performers and special effects, the new show “blurs the lines between stage and cinema in a hybrid form of entertainment.”

Today marks the first full day of operation for the new stunt show. Previously the show was operating without a set schedule, but as of now, you can find a list of all showtimes for the day on the Universal Orlando website and mobile app. The wait time sign at the show’s front entrance also lists the next showtime for guests in the park. 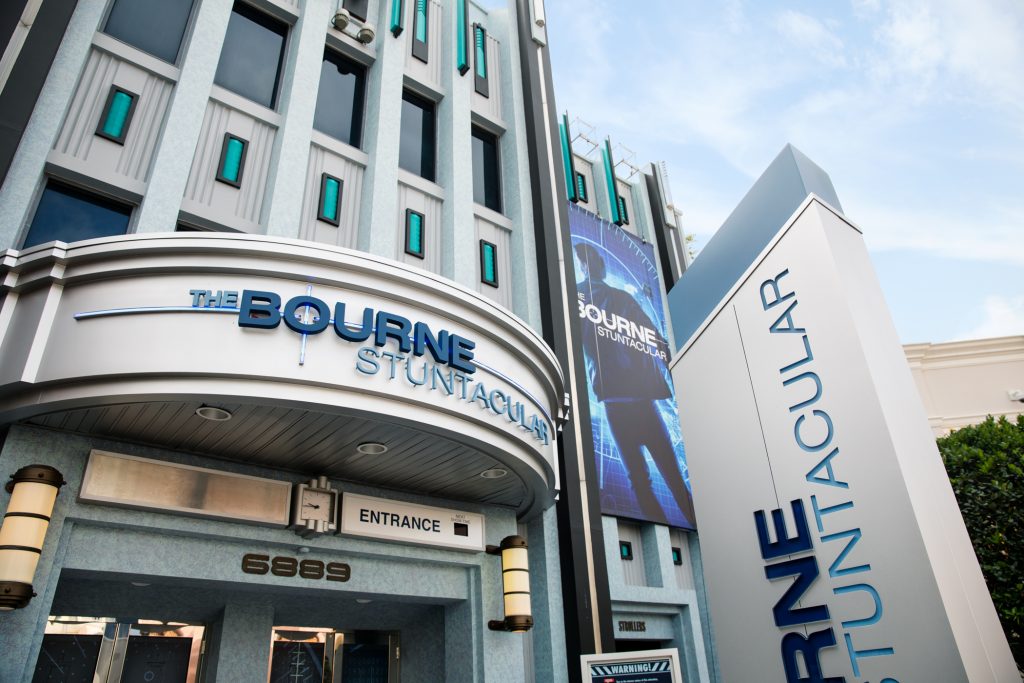 Universal Orlando has taken extra precautions for the safety of guests, team members, and performers during the show. To ensure proper social distancing there is appropriate spacing between travel parties and team members are assisting guests with seating and exiting the theater to avoid congestion.

Show capacity is limited and wait times may be longer than usual to experience the show. All guests are required to wear a face covering throughout the entirety of The Bourne Stuntacular. During segments when in close contact, the performers are wearing face coverings as well. 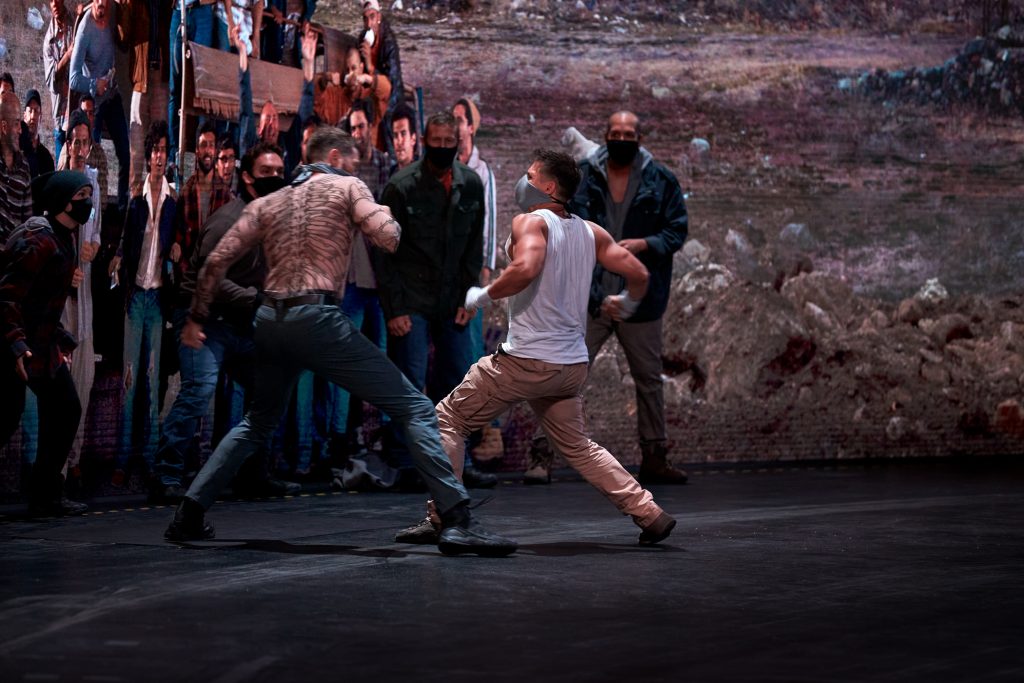 The show had been running in technical rehearsals since June 14th, where there was not a set schedule or guarantee that it would open each day. Starting today the show is running on a regular daily schedule, allowing more guests to be able to experience it. 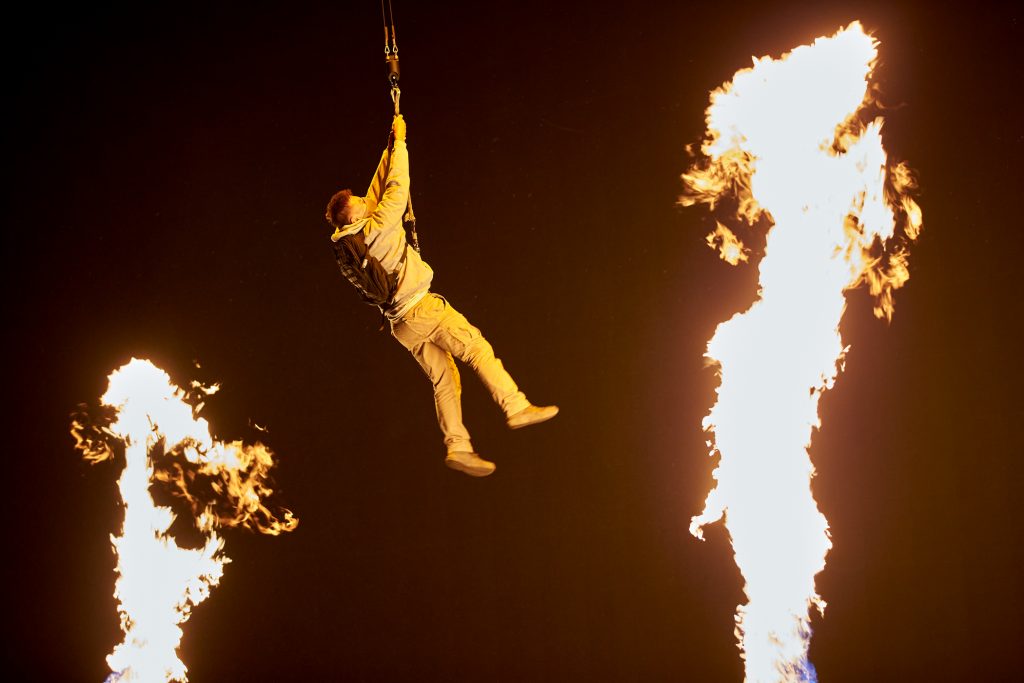 The brand-new stunt show is inspired by Universal Pictures’ blockbuster Bourne film franchise and delivers an all-new, original storyline that takes place within the Bourne universe.

The Bourne Stuntacular introduces an all-new level of entertainment, highlighted by: 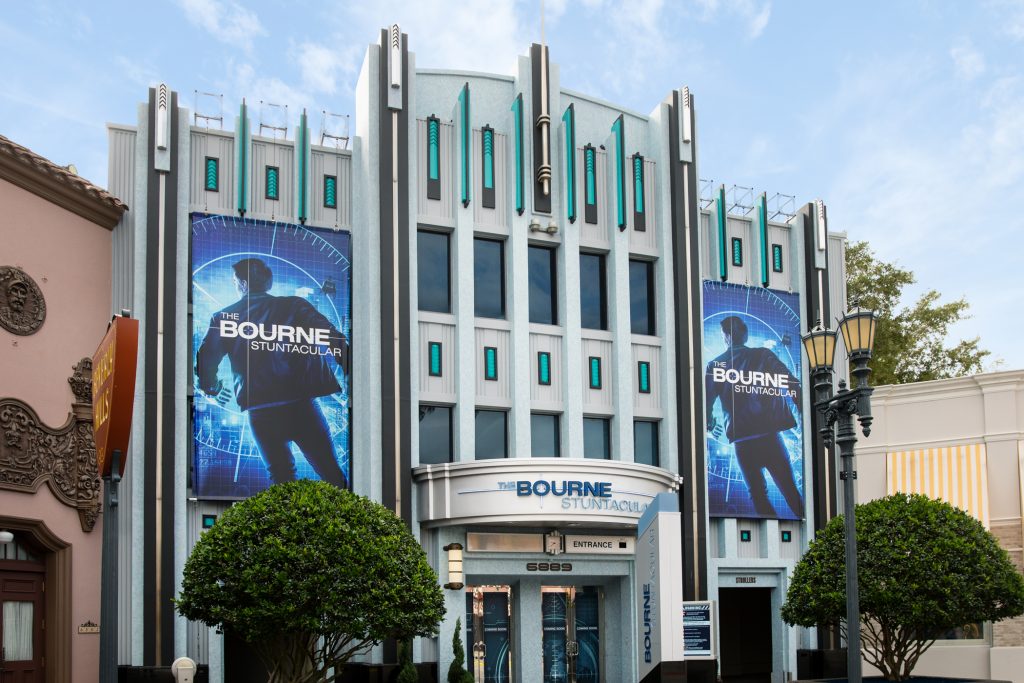 The new show is located in the Hollywood section of Universal Studios Florida. It replaced the Terminator 2: 3D show that closed back in October of 2017. The Bourne Stuntacular has so far been reviewed favorably by guests and features stunt work by Action Horizons Stunts, the same folks behind the popular Waterworld Stunt Show in Universal Parks in Hollywood and around the world.

Stay tuned for more theme park news and updates. Subscribe to the news feed to never miss an update or enter your email address below. Photos: Universal