We’re getting closer to the opening of this mysterious new shop coming to Diagon Alley in Universal Stduis Florida. Signage has just arrived to the newly refreshed facade. The House Elf Agency facade has been completely re-done as the new Globus Mundi storefront with new colorful signs and advertisements in the windows. The muted purple colors have been replaced with a vibrant orange.

The store is themed like a Wizarding travel agency that is rumored to first be seen in the new Fantastic Beasts and Where to Find Them film. It does not currently appear in any of the films or books from the Harry Potter series. A sign for Globus Mundi was present in Diagon Alley since it opened, but this will be the first actual store. It’s rumored to open within the next couple weeks and will carry items like the luggage tags, keychains and apparel we’ve seen appear in stores at the parks since January. Check out the full photo report below for more details, and stay tuned for more continuing coverage of this and other theme park projects! 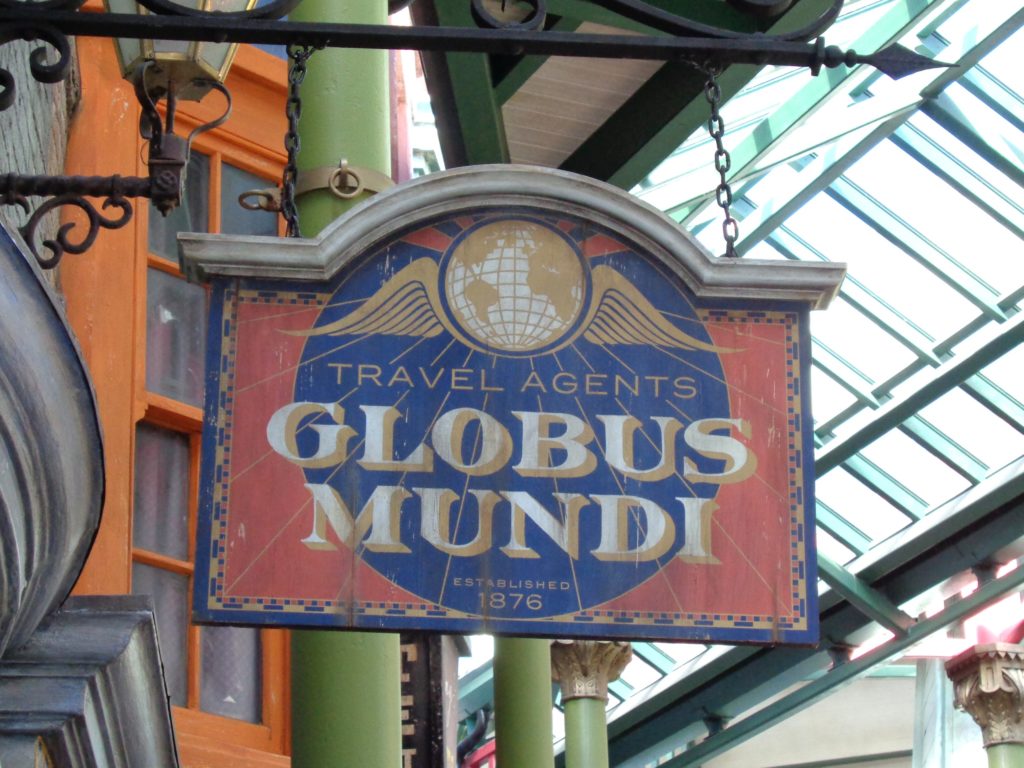 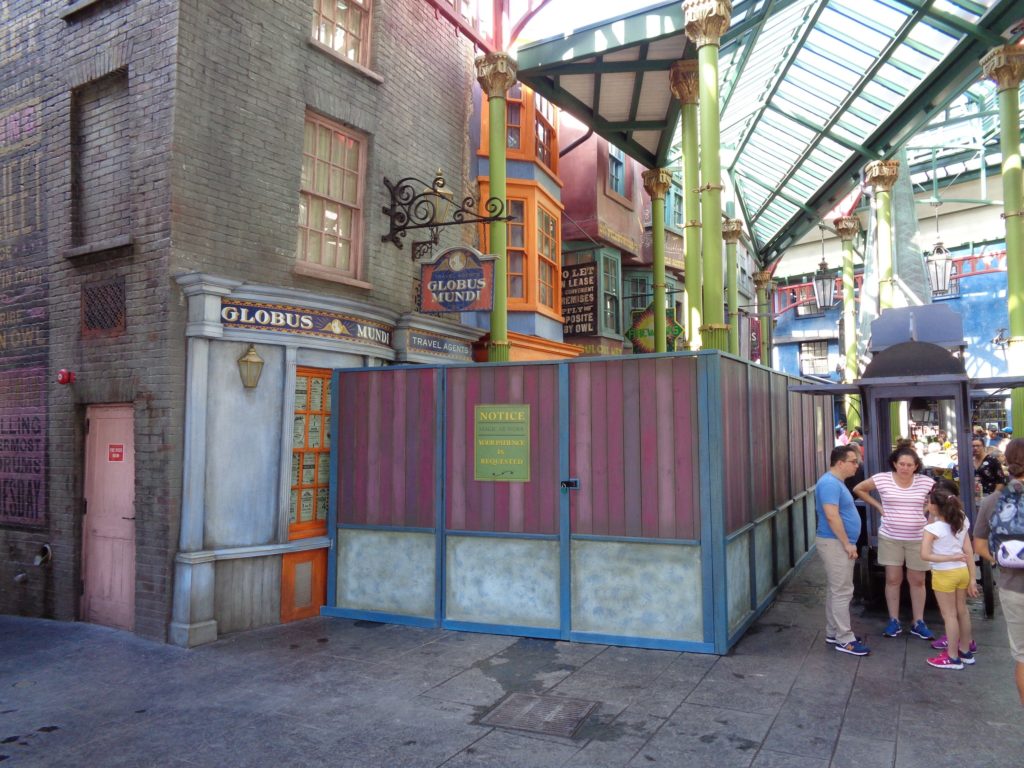 A look at the area, still behind work walls 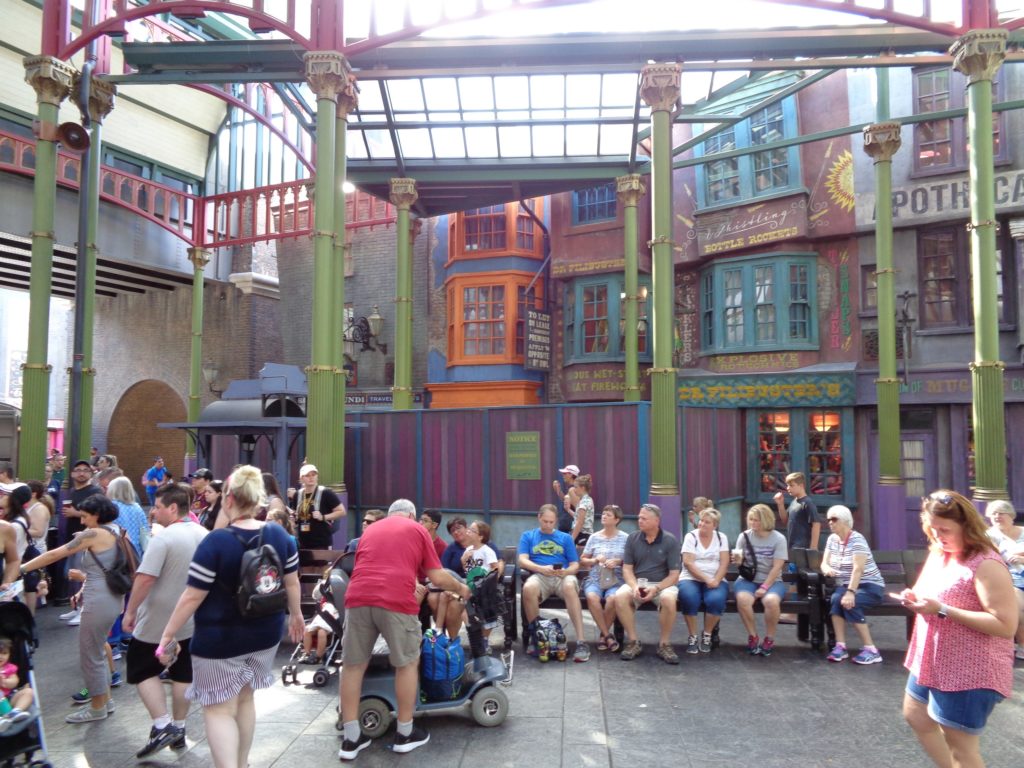 Wide view of the entire area inside Carkitt Market 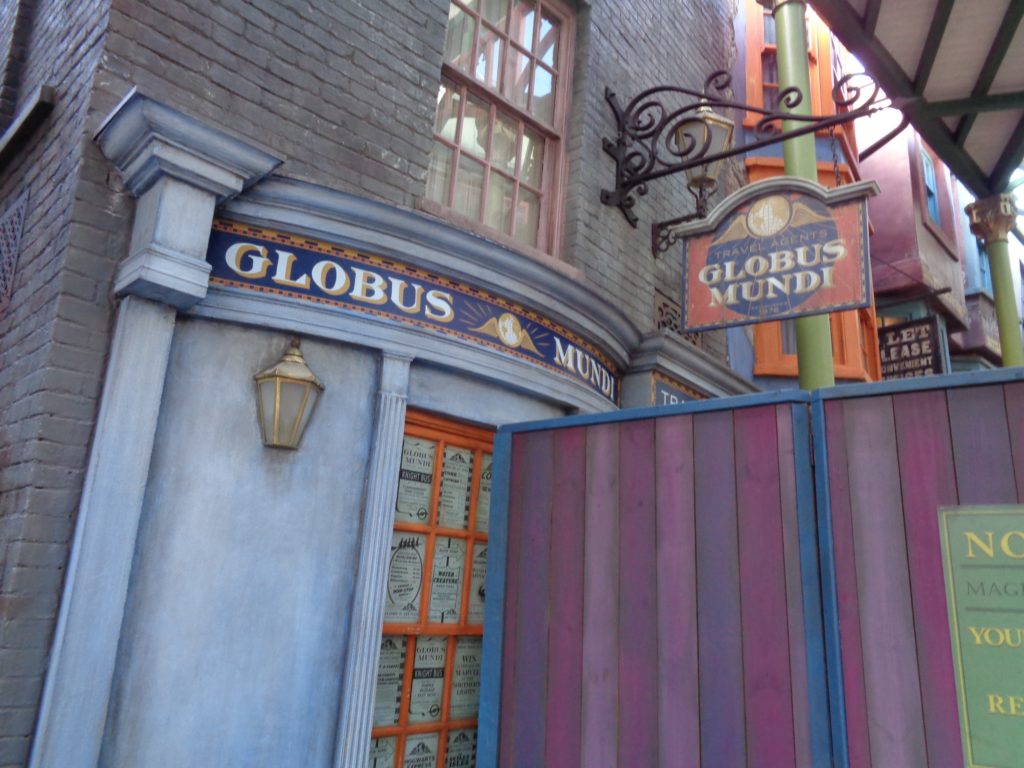 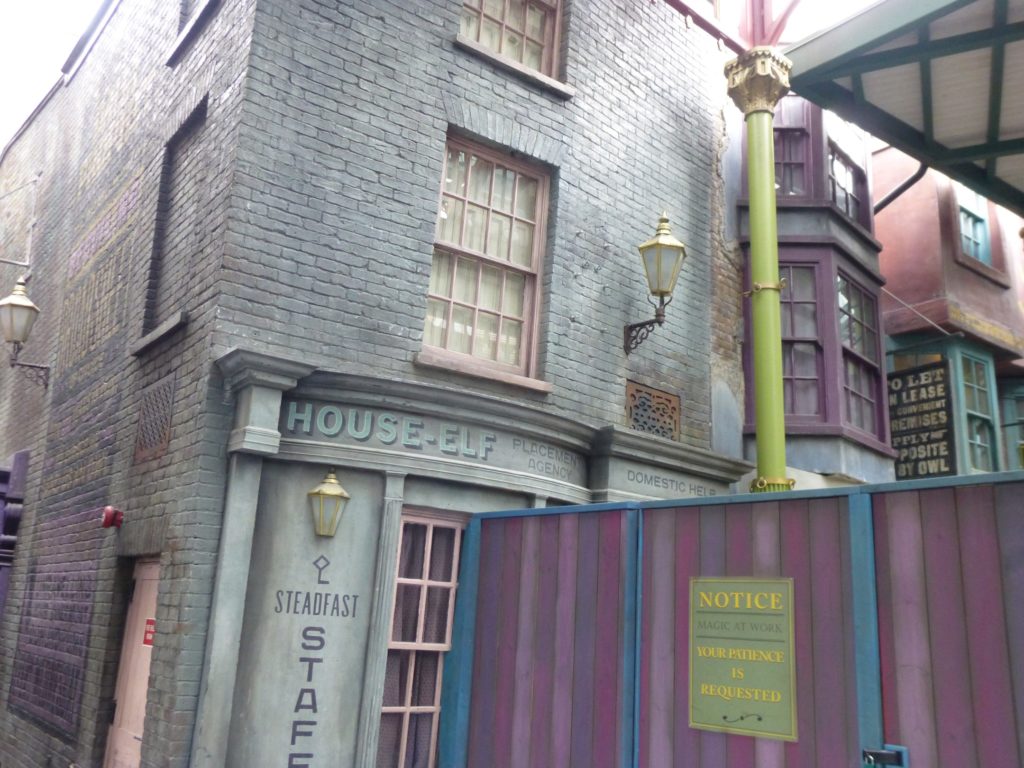 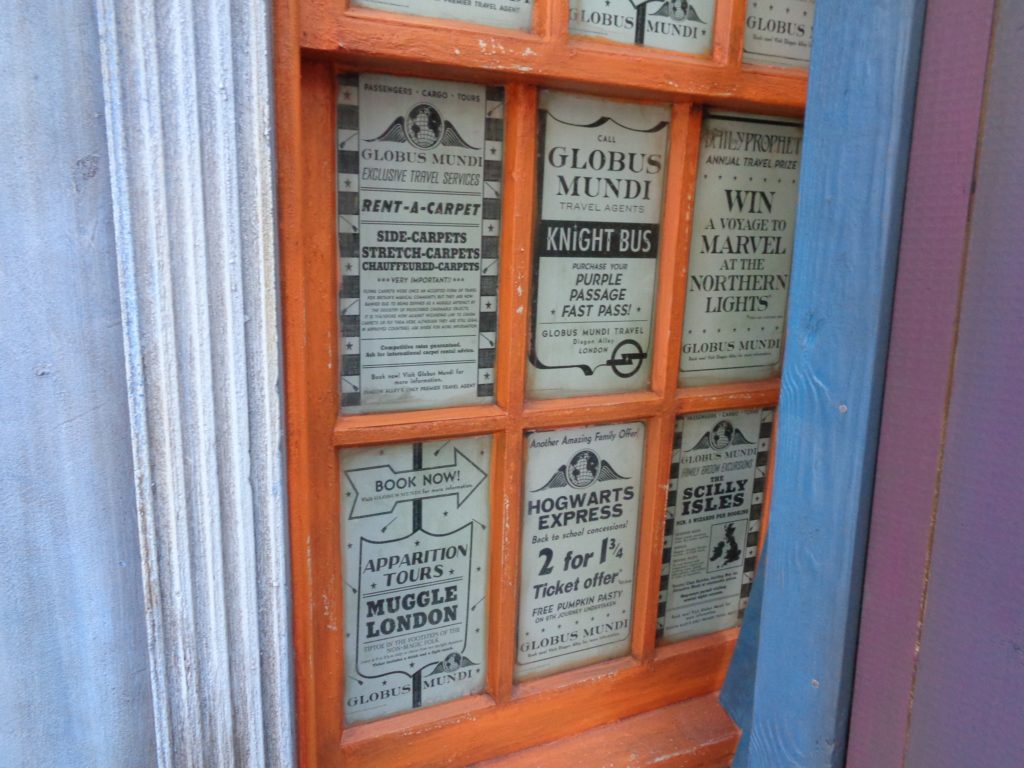 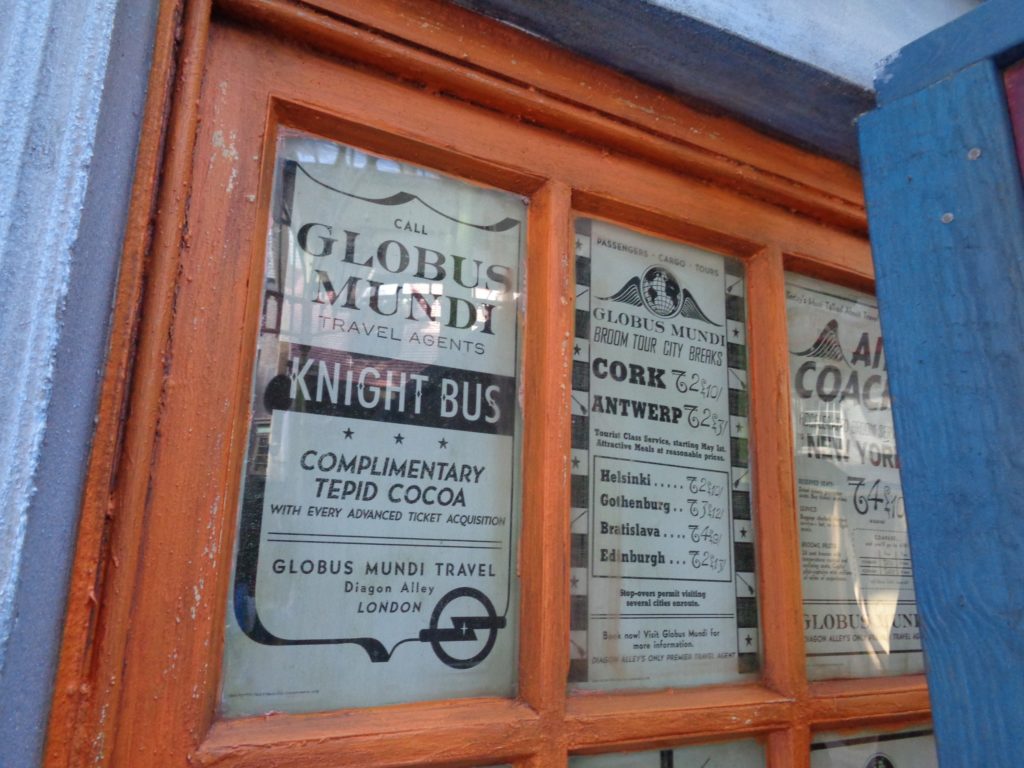 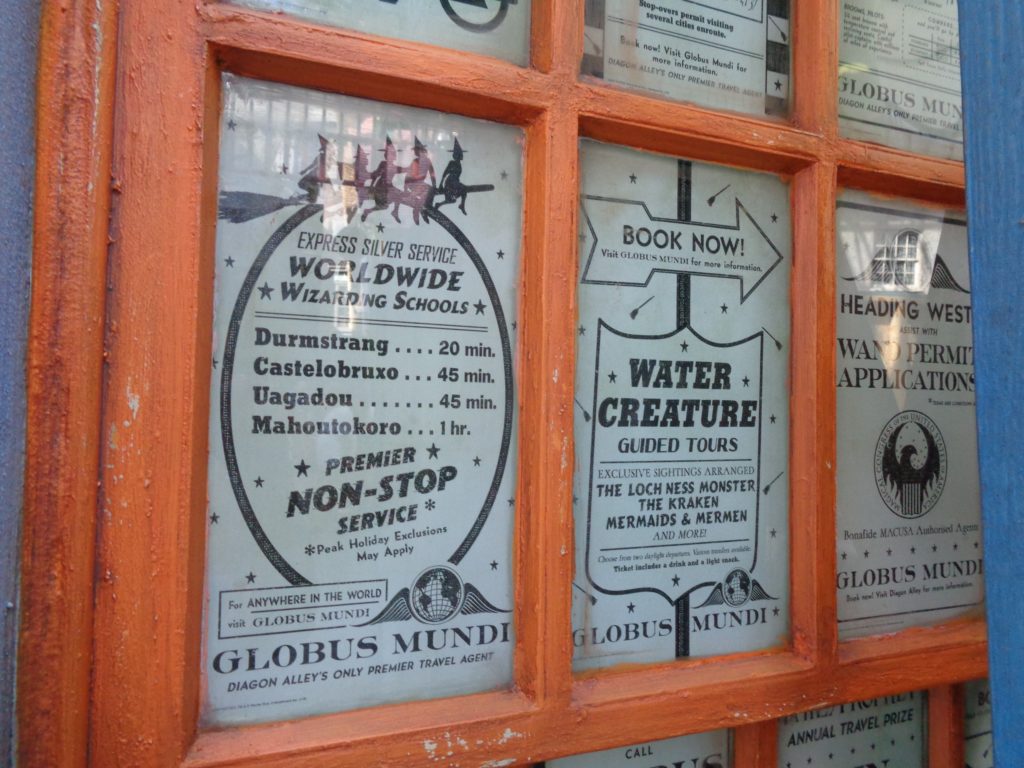 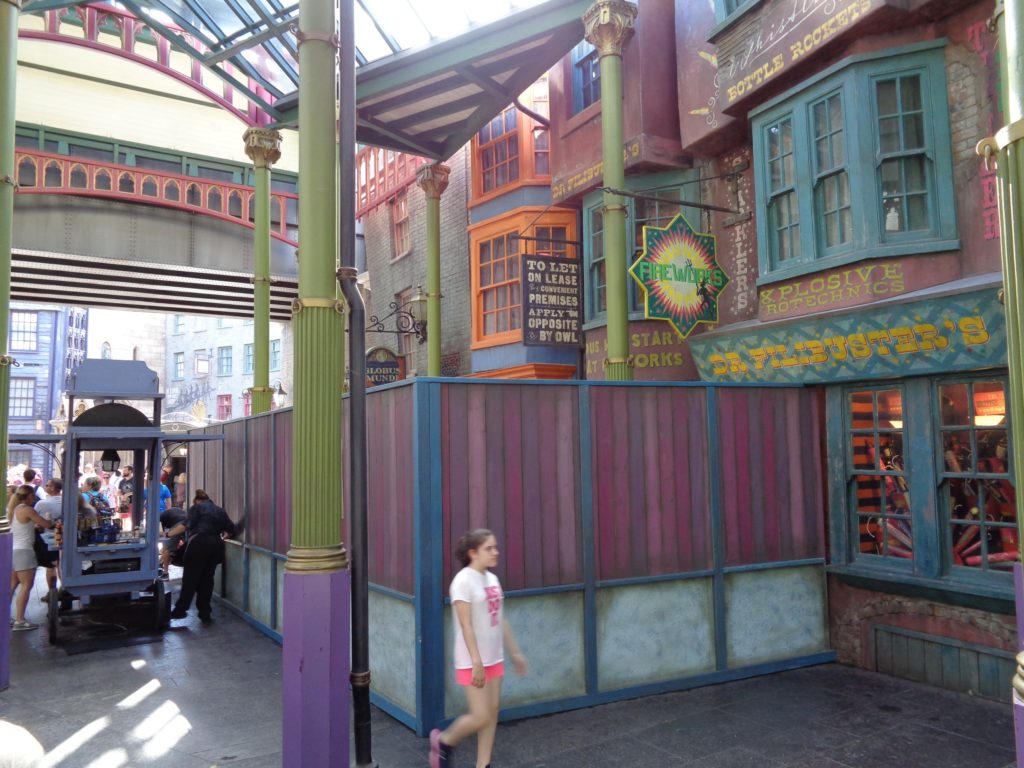 A look at where the walls end. Looks like the Fireworks facade will remain intact 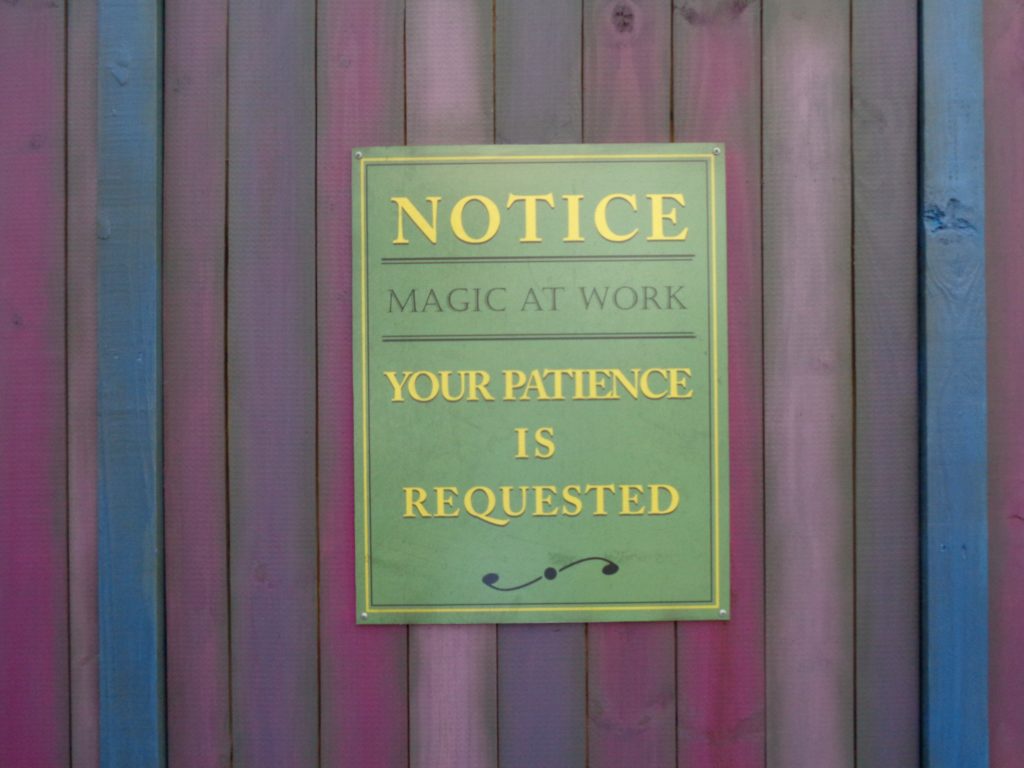 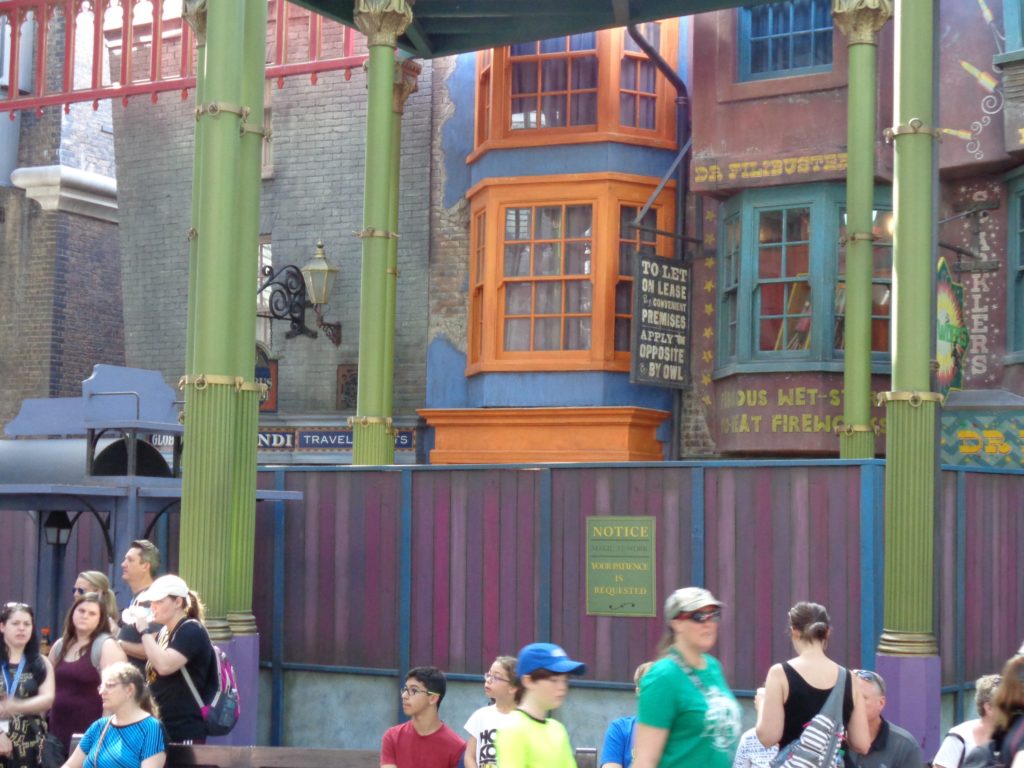 Wider view of the area, including new orange window extension 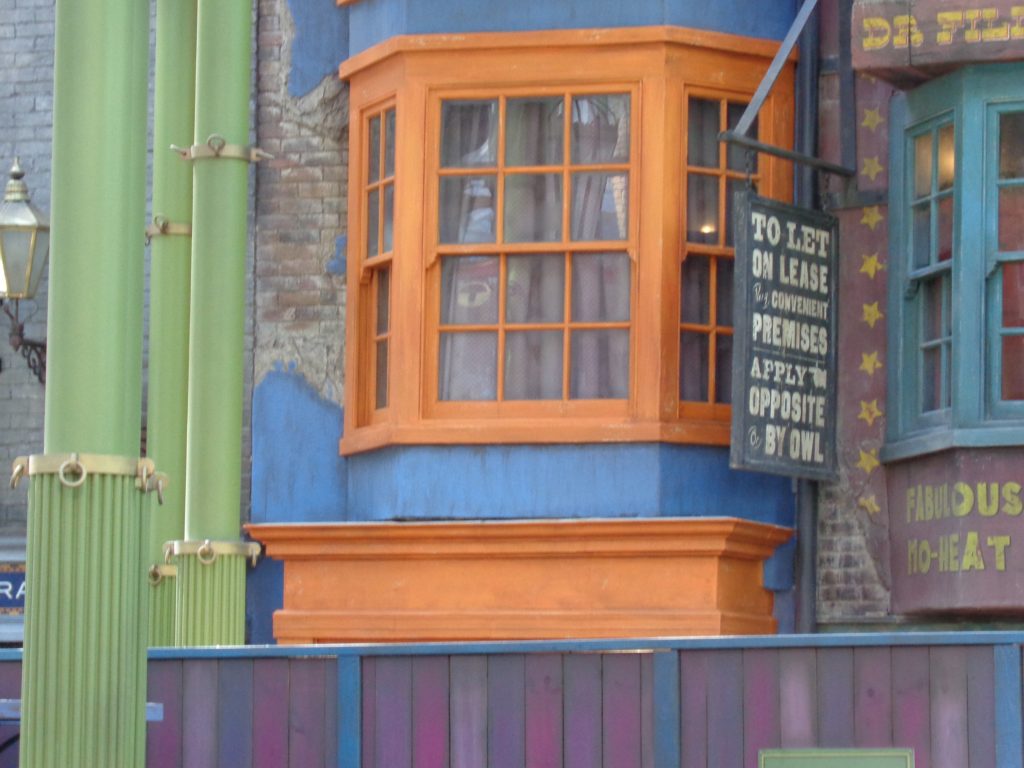 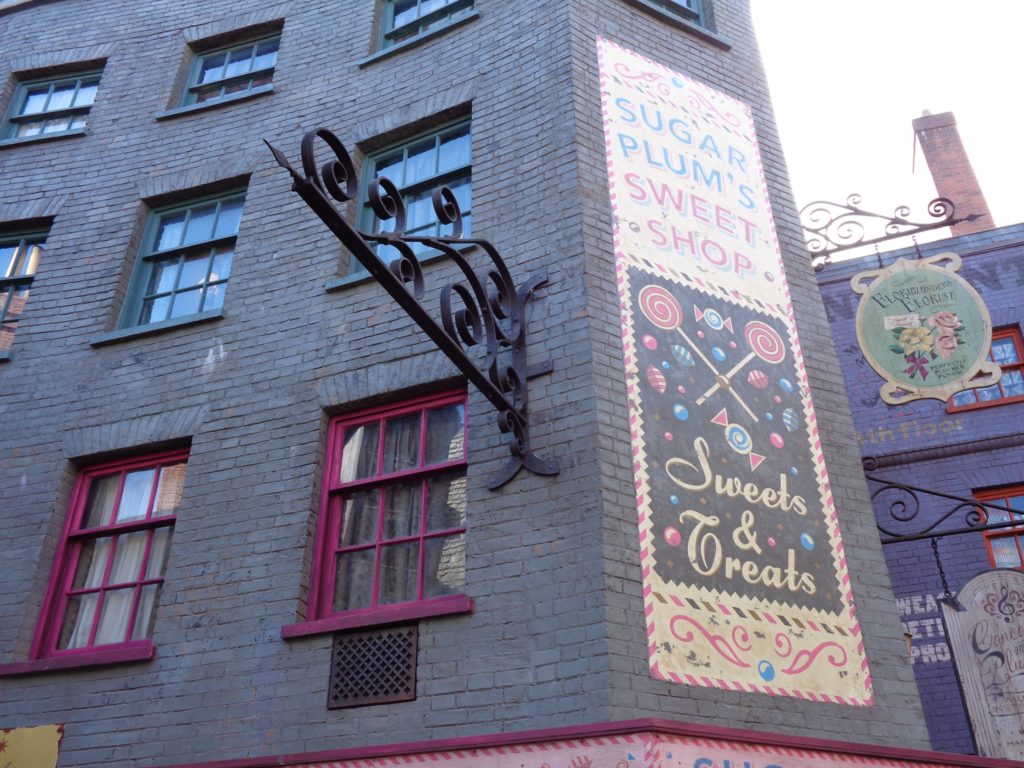 The old sign rail is still in place, with no replacement 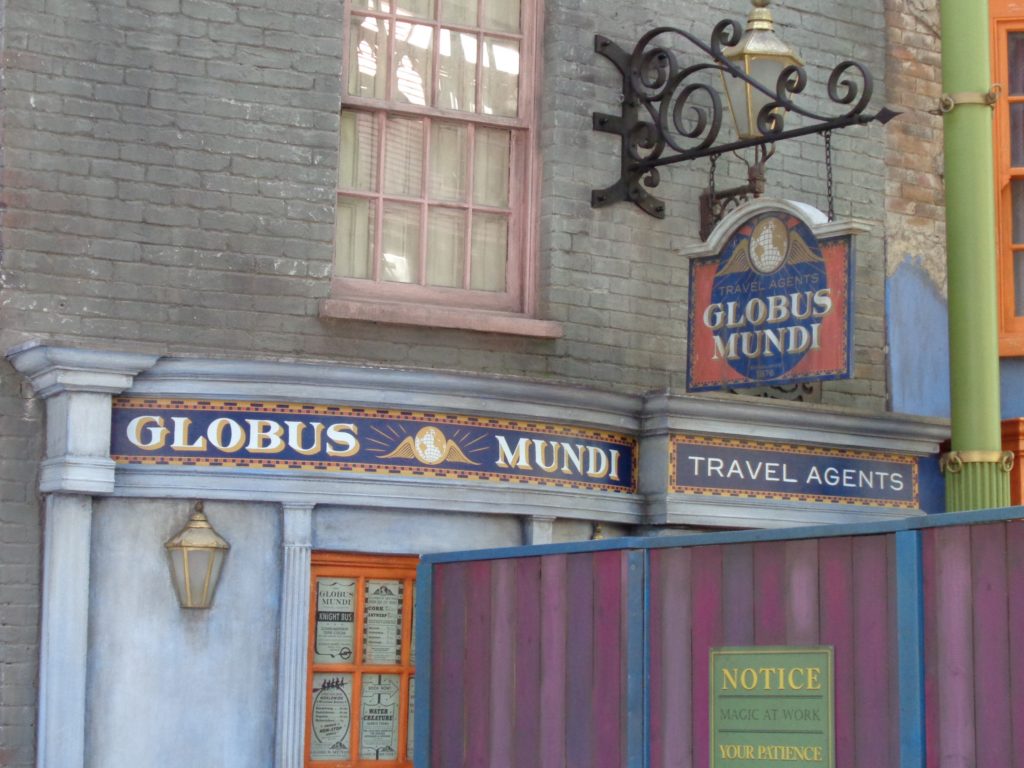 One more look at the new facade 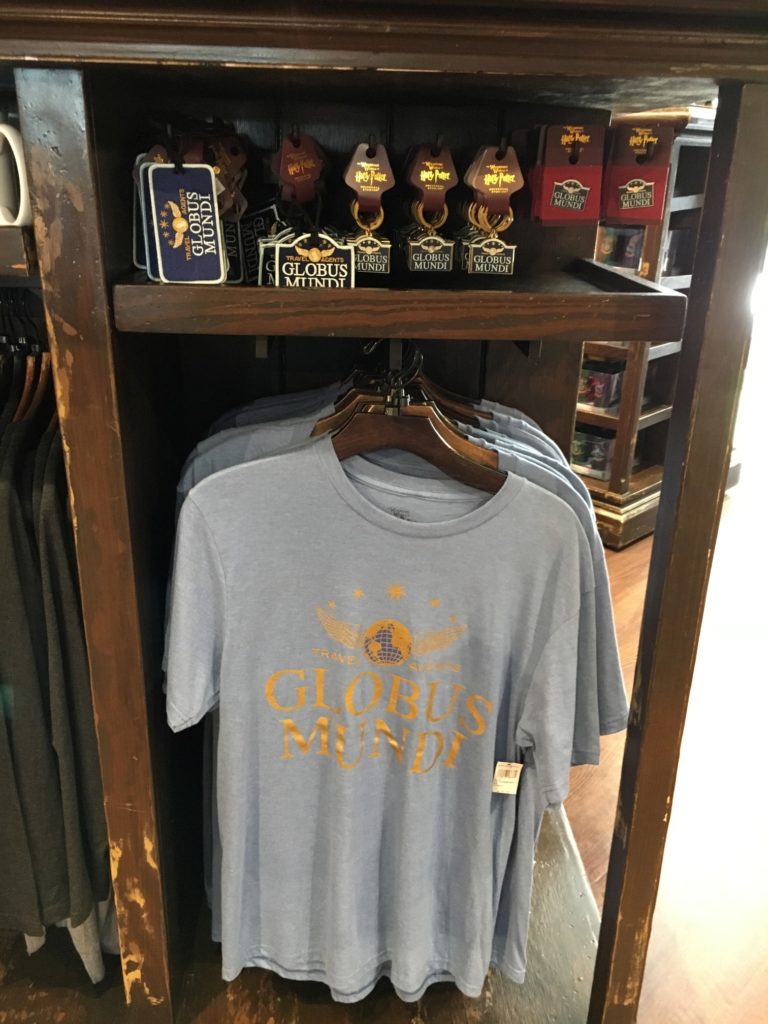 A look at some of the Globus Mundi merchandise that will be available. See more in our first post 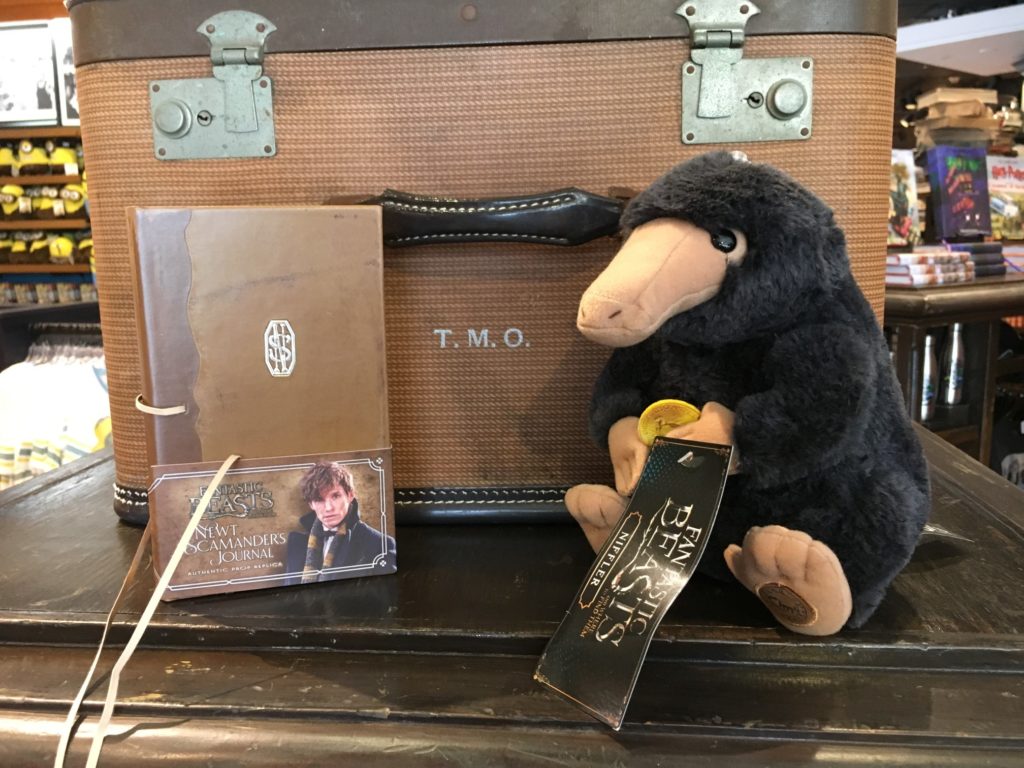 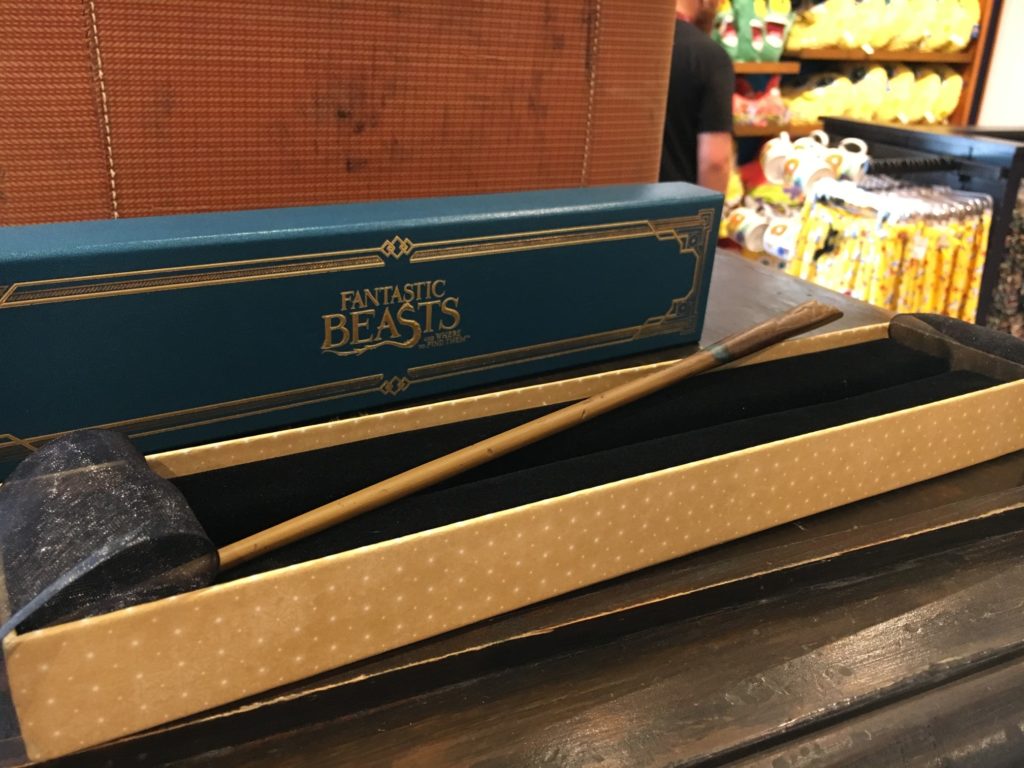 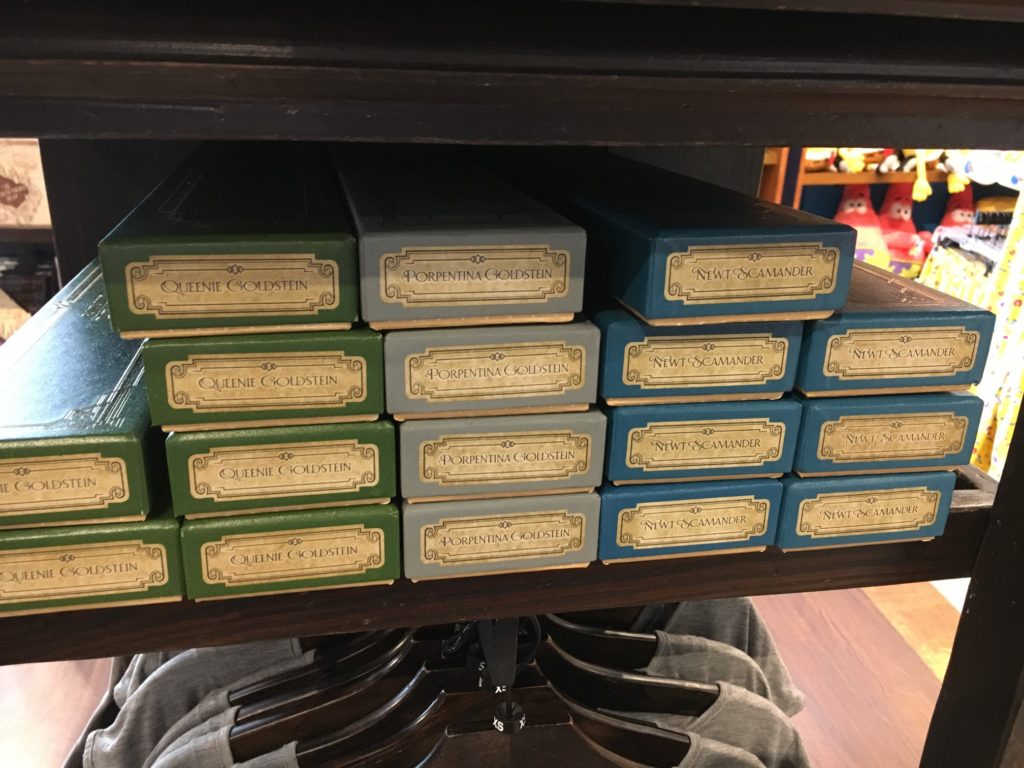 Other wands from the Fantastic Beasts series 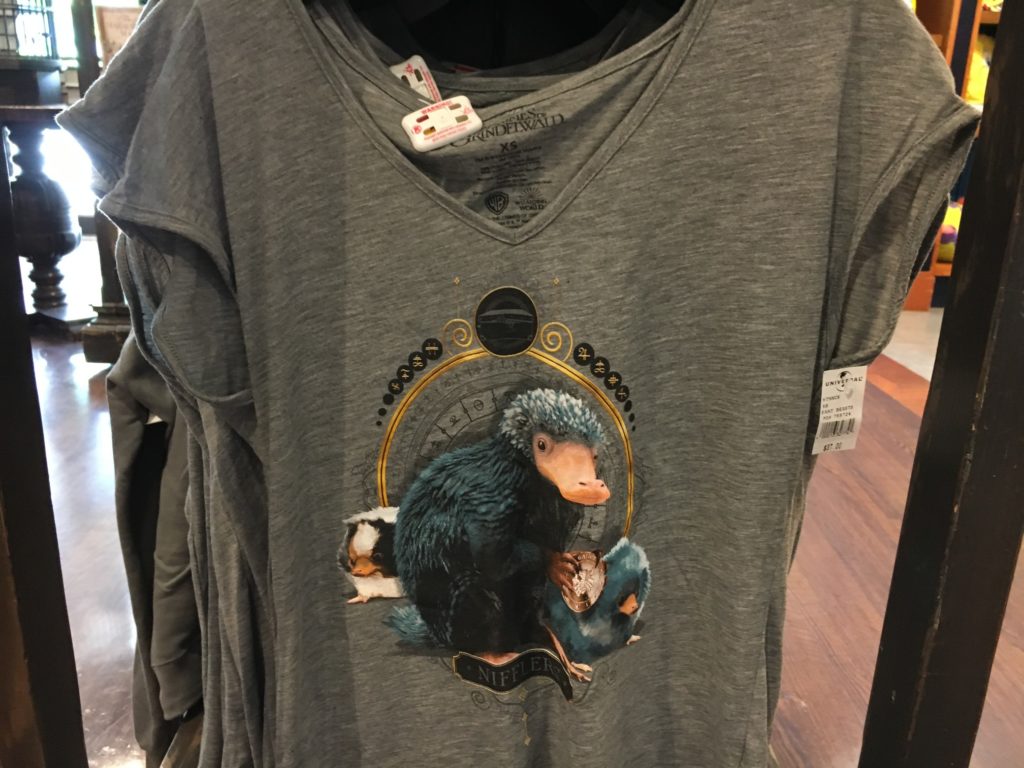 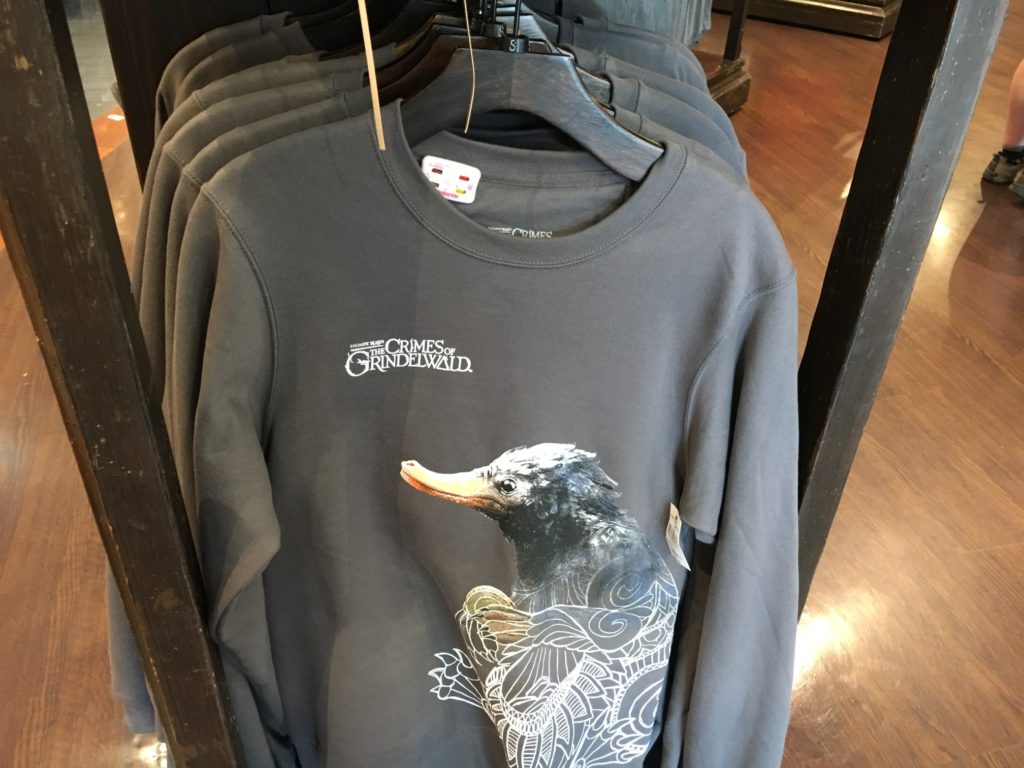 Check out our last update for more details on this unique store. For help booking your next trip to Universal Orlando request your free quote from Elizabeth at Destinations in Florida today! She’ll help you plan the perfect vacation with the best rates on ticket packages and on-site hotels, and her services are totally FREE to you.

Stay tuned for theme park news and updates coming soon. Subscribe to the news feed or enter your email below to never miss an update. Photos: Alicia Stella 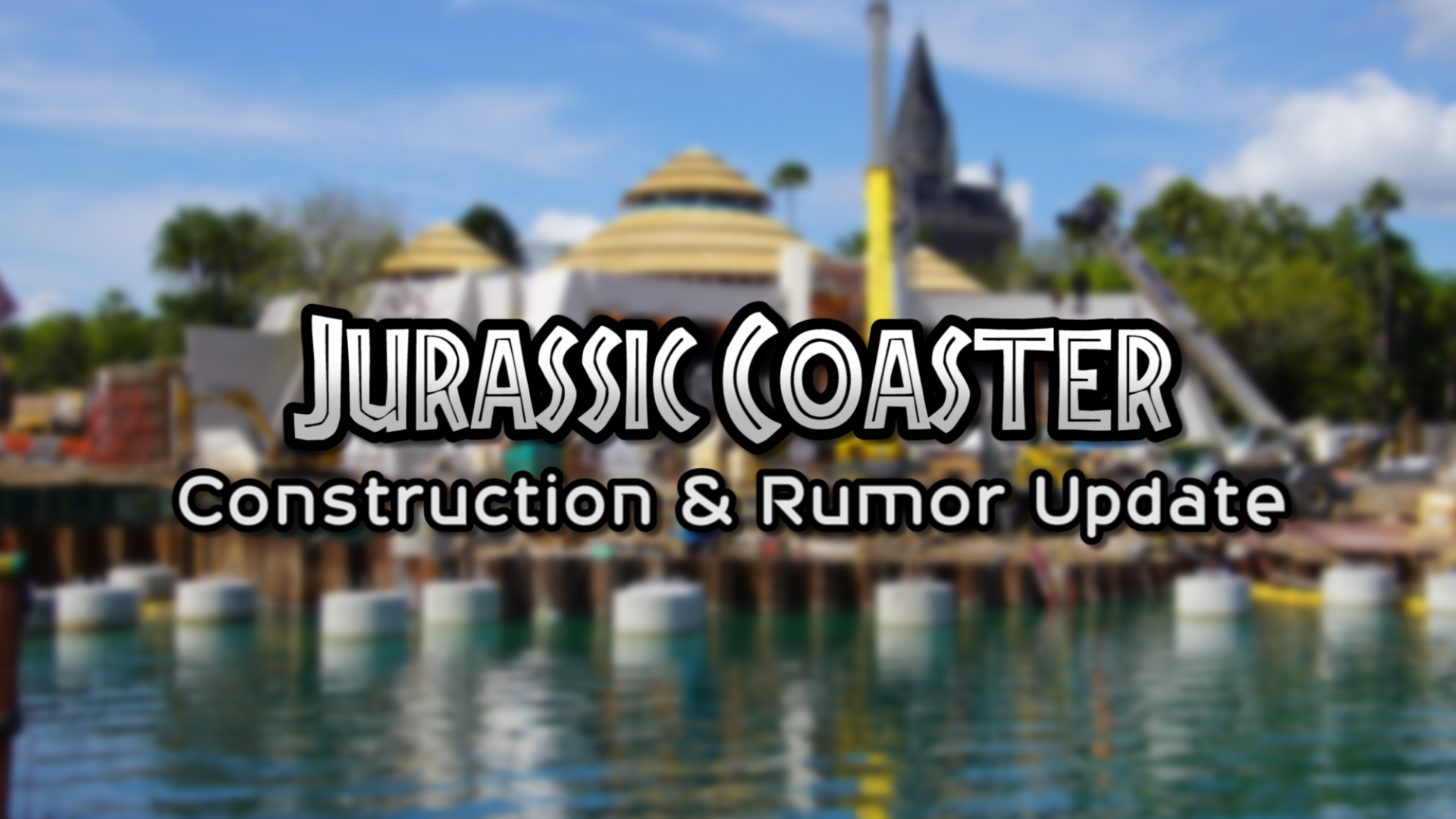