A couple weeks ago Universal Orlando revealed nearly all of the creatures we’ll encounter on the all new Hagrid’s Magical Creatures Motorbike Adventure, opening June 13th at Islands of Adventure. Today they have revealed the most important animatronic character for this new highly-themed roller coaster attraction.

Universal claims that Hagrid himself was brought to life as the most advanced and life-like animated figure they’ve ever created. Take a look at the new figure in the video below, along with some more details from today’s reveal. And stay tuned for more coverage of this exciting new attraction as it happens! 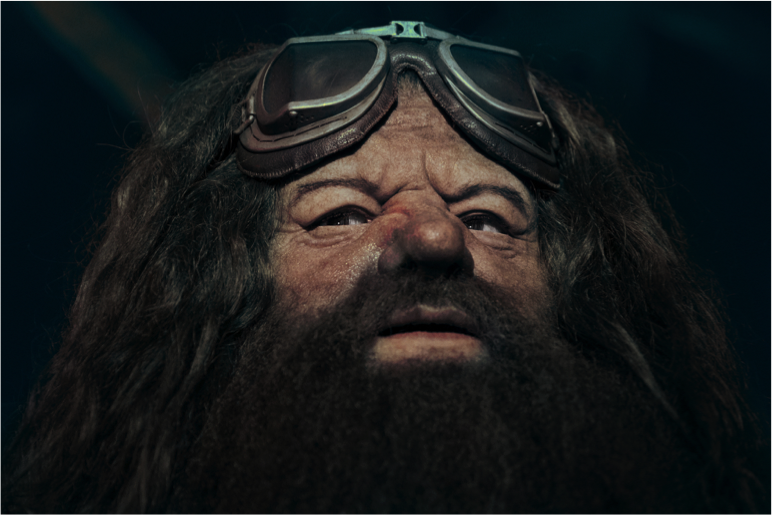 On this immersive coaster experience, you will join Hagrid on a thrilling journey into the Forbidden Forest. Along the way, he’ll introduce you to some of the wizarding world’s rarest magical creatures. And for the first time ever in our parks, you’ll get the chance to come face-to-face with Hagrid, who is not only the Hogwarts gamekeeper and Care of Magical Creatures professor, but also one of Harry Potter’s most loving and loyal friends.

See below for some fun facts about what makes Hagrid Universal Orlando’s most advanced and realistic animated figure.

• Universal Creative, the team responsible for creating Universal’s iconic rides and attractions, worked directly with Robbie Coltrane – who portrays Hagrid in the Harry Potter films – to study his body movements and facial expressions to develop 24 different body actions for this animated figure
• Incredible attention to detail was taken to recreate Hagrid’s likeness from the films, including a meticulously hand-sculpted face, digital scans of Hagrid actor Robbie Coltrane’s teeth, and careful placement of individual hair strands – including eyebrows and lashes.
• The costume Hagrid wears was designed by the same team that created his on-screen attire for the Harry Potter films
• Hagrid’s height is exactly proportional to his height in the films – 7 feet 6 inches tall
• Robbie Coltrane recorded a custom script for Hagrid in this new adventure
• And be on the lookout for an exact replica of Hagrid’s famous pink umbrella!

Are you excited to see Hagrid? To prepare for your first Care of Magical Creatures class, you can read up on some of the creatures featured in this experience by clicking here. 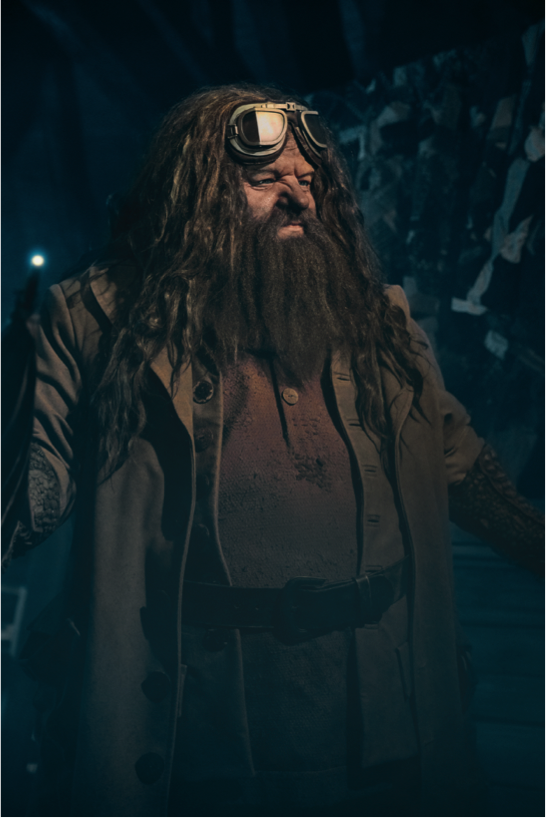