We’ve heard rumors that a Fluffy animatronic was coming for nearly a year now. We’ve seen aerial photos of Fluffy in recent weeks. But now, thanks to some official photos and a brief video clip, we’re getting our first glimpse of a moving, snarling Fluffy animatronic for Hagrid’s Magical Creatures Motorbike Adventure, opening June 13th.

Our first look at Fluffy is just the beginning, because Universal will be revealing a new creature we’ll encounter on the new roller coaster every day this week. Fluffy is of course a “massive” fan favorite, and as Hagrid says, “His barks are worse than his bites.” Check out the photos, stats, and quick video clip below, and stay tuned for more coaster news as it happens! 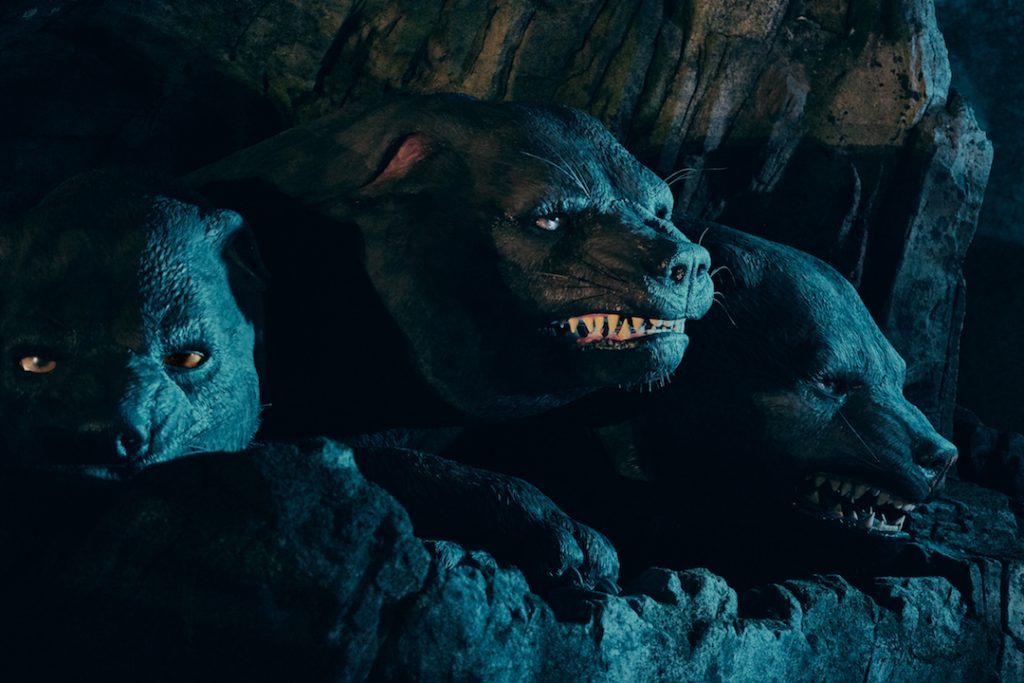 The next creature of the week to be revealed by Universal will be a swarm of mischief-makers who love their tricks. Stay tuned for more details for Hagrid’s Magical Creatures Motorbike Adventure as they happen. And check out our latest post featuring detailed aerial photographs of the new ride.

UPDATE: See all of the creatures revealed here!

The new roller coaster attraction opens at Universal’s Islands of Adventure on June 13th. For help booking your next trip to Universal Orlando request your free quote from Elizabeth at Destinations in Florida today! She’ll help you plan the perfect vacation with the best rates on ticket packages and on-site hotels, and her services are totally FREE to you.