New details, concept art, and official video have been released for Hagrid’s Magical Creatures Motorbike Adventure, opening June 13, 2019 at Universal’s Islands of Adventure. The information was released by Universal Orlando through their blog and at a media event last night.

If you’ve been following my articles and videos since last year, most of today’s announcement will likely come as no surprise. Seems like only yesterday when my video was uploaded on June 1st of last year with specific rumored details like Fluffy and the Devil’s Snare. Now, all these months later we finally have our first official confirmation of those elements, and so much more!

The official video above explains what the ride will be like, what creatures we will encounter, and what the setting is for the attraction. As was rumored recently, the experience begins with us joining Hagrid’s Care of Magical Creatures class. We board special motorbikes designed to make you feel the freedom of flight. Riders may choose to sit in either the motorcycle side or the sidecar, each with their own unique experience.

The ride will take us through the Forbidden Forest, as well as other new environments we have never seen before. More than 1,200 trees are being planted to create a rich forest atmosphere on the attraction. The ride is described as “a freewheeling coaster flight where you’ll twist, turn and rush forward – and backward – at speeds of up to 50 mph into the dark forest.” 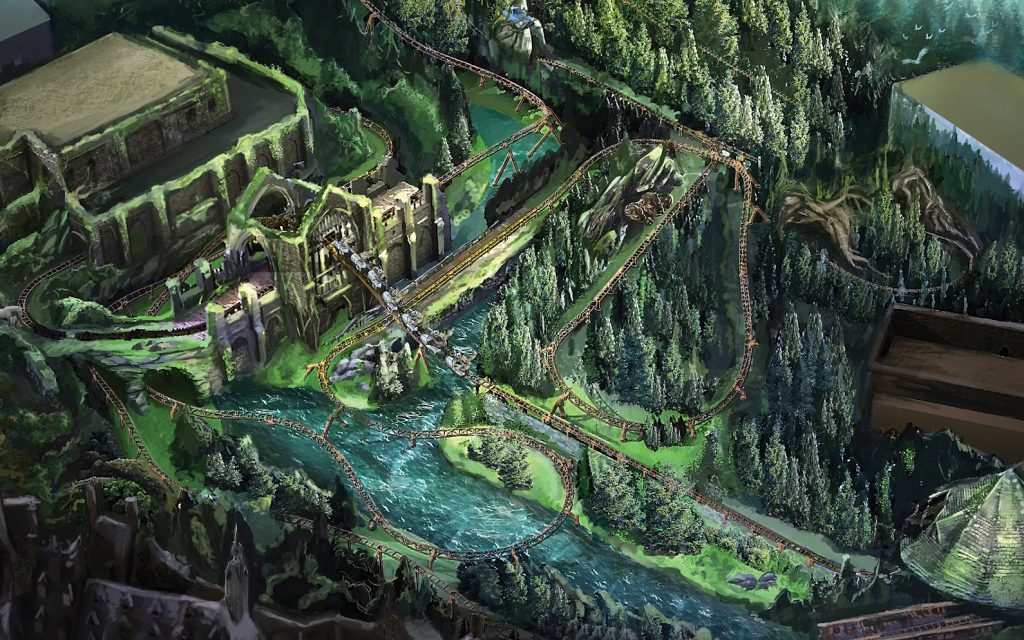 During our motorbike adventure we will come face to face with some of the Wizarding World’s rarest magical creatures including a majestic Centaur, a swarm of mischievous Cornish Pixies, Fluffy the three-headed dog, and one that’s never been seen in the films (rumored to be the Blast-Ended Skrewt). The concept art and commercial also show a unicorn we spotted in aerial photos recently.

The official description for the new coaster also talks about how we will be attacked by the Devil’s Snare and will drop into an endless pit. During a special media event in the UK last night it was said that the drop-track section will drop 18-feet in a flash! 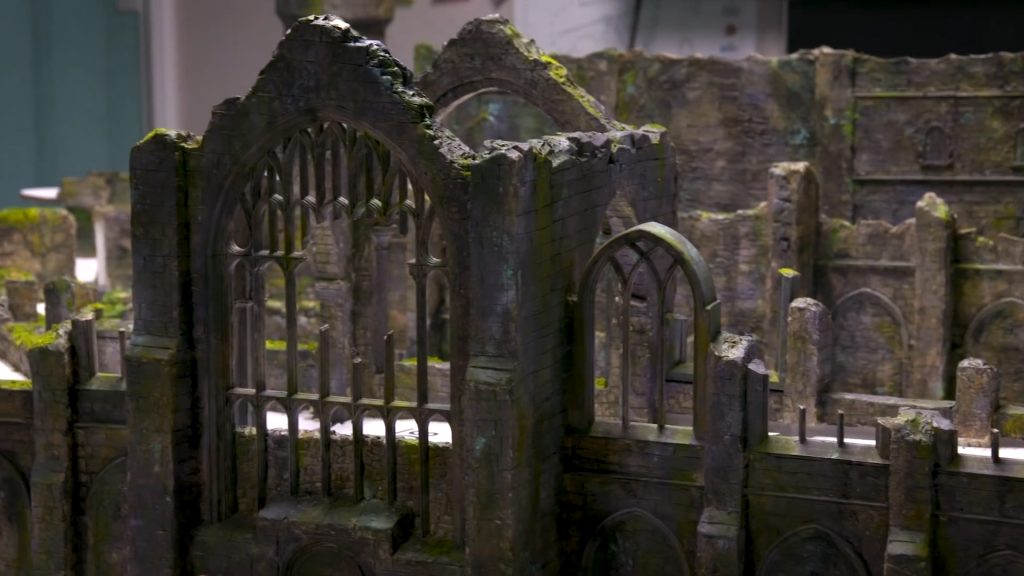 A section of model for the new ride 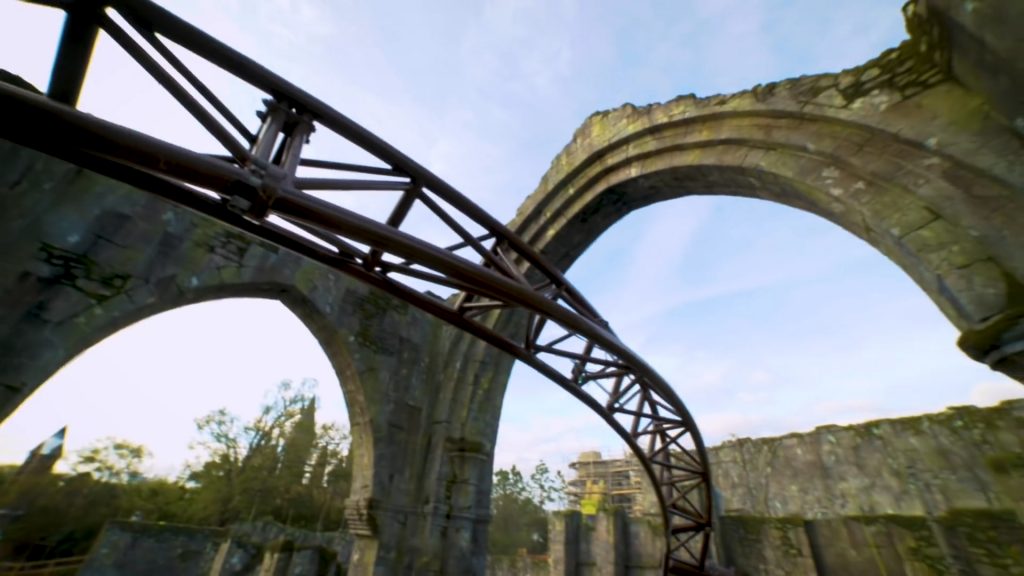 Image from inside the actual ride

Hagrid’s Magical Creatures Motorbike Adventure is scheduled to have its grand opening on June 13, 2019 at The Wizarding World of Harry Potter – Hogsmeade inside of Universal’s Islands of Adventure.

Stay tuned for details about this new ride as they happen. Subscribe to the news feed or enter your email below to never miss an update. Photos: Universal