With work happening so quickly at Epic Universe, it’s already time to check in on the rapid progress around the upcoming park. New permit information confirms development on a second hotel for the area. Plus, newly uncovered documents shed some light on one of the park’s many roller coasters.

Let’s check in on the state of construction for all the lands of Epic Universe, and more, in today’s news update. Be sure to check out the video version of this story below for additional visuals. 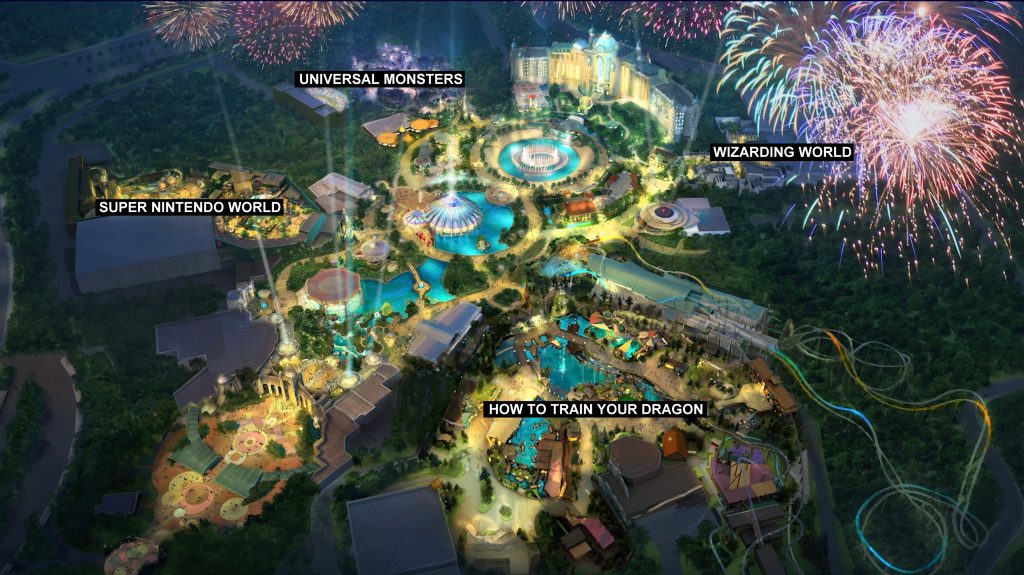 Set to open by the summer of 2025 at the latest, Epic Universe is under construction now. Located a couple miles south of the existing Universal Orlando Resort, this new area is so large it is expected to contain multiple hotels of its own, in addition to the new theme park. 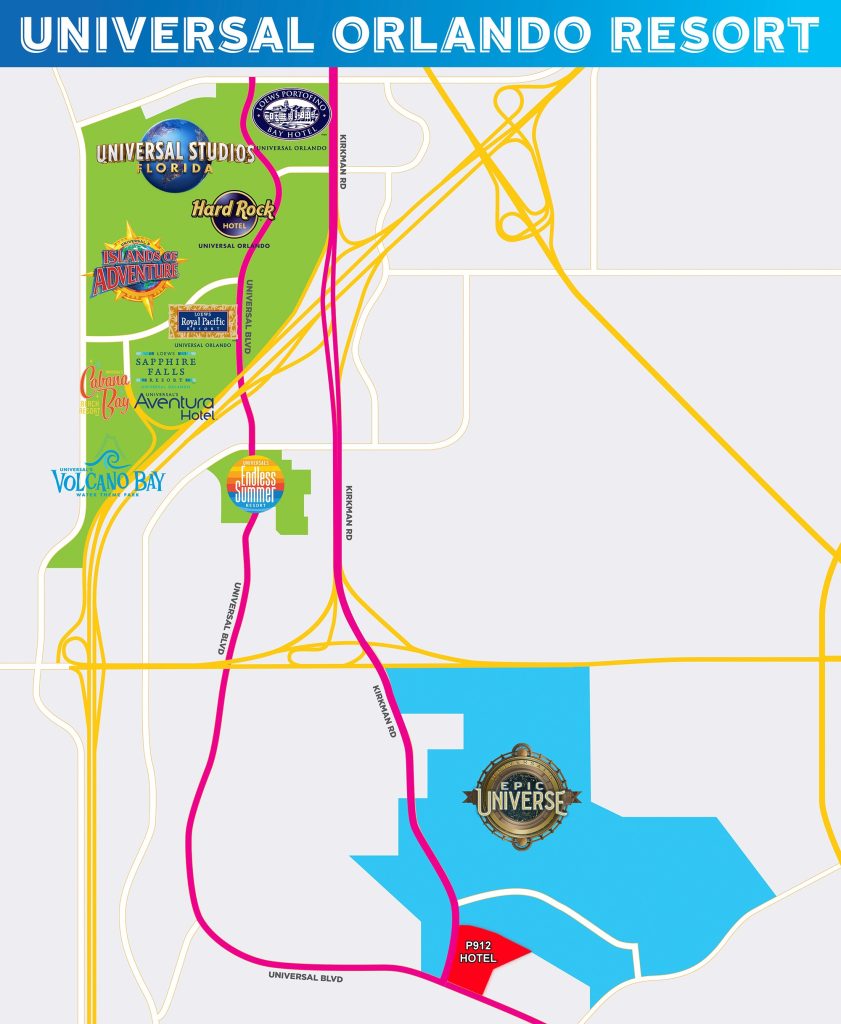 Permits for the new Universal hotel to be built across the street from Epic Universe have been updated. Known as Project 912, this particular permit will be for the new resort’s pool area, with the permit listed as “Pool building/pool bar, pool, spa, splash pad and associated hardscape.” 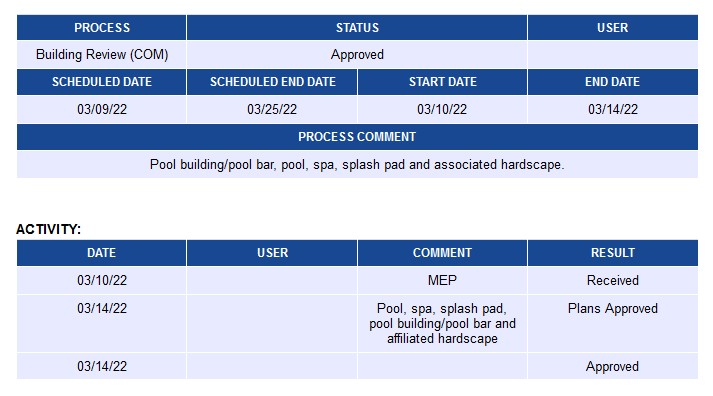 Major work on this new hotel has not yet started but has been rumored to begin before the end of the year. The project 912 hotel is rumored to contain around 750 rooms. It will be located on the corner of Universal Boulevard where the soon-to-be extended Kirkman Road will connect when completed by 2024. 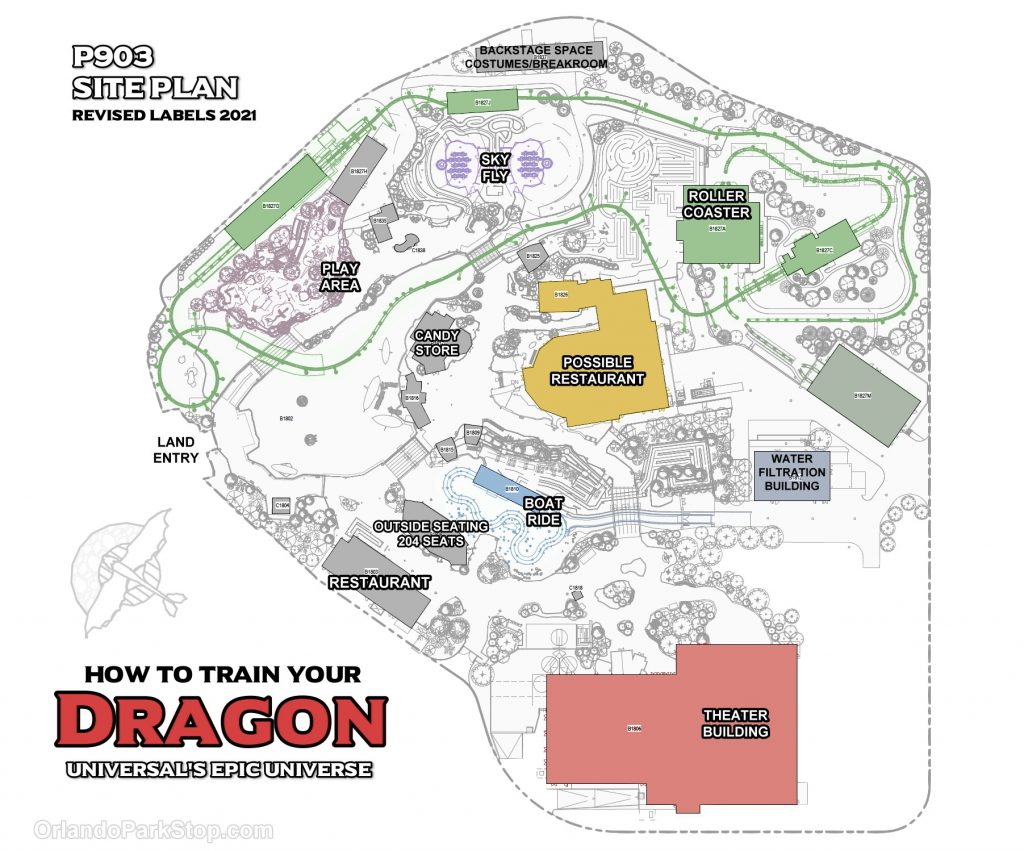 We finally have some confirmed details for one of the several roller coasters planned for Epic Universe. According to shipping reports, coaster parts are being shipped from Germany to the United States, and they are listed as part of Project 903. That’s the project number for the land we believe will be based on How to Train Your Dragon. 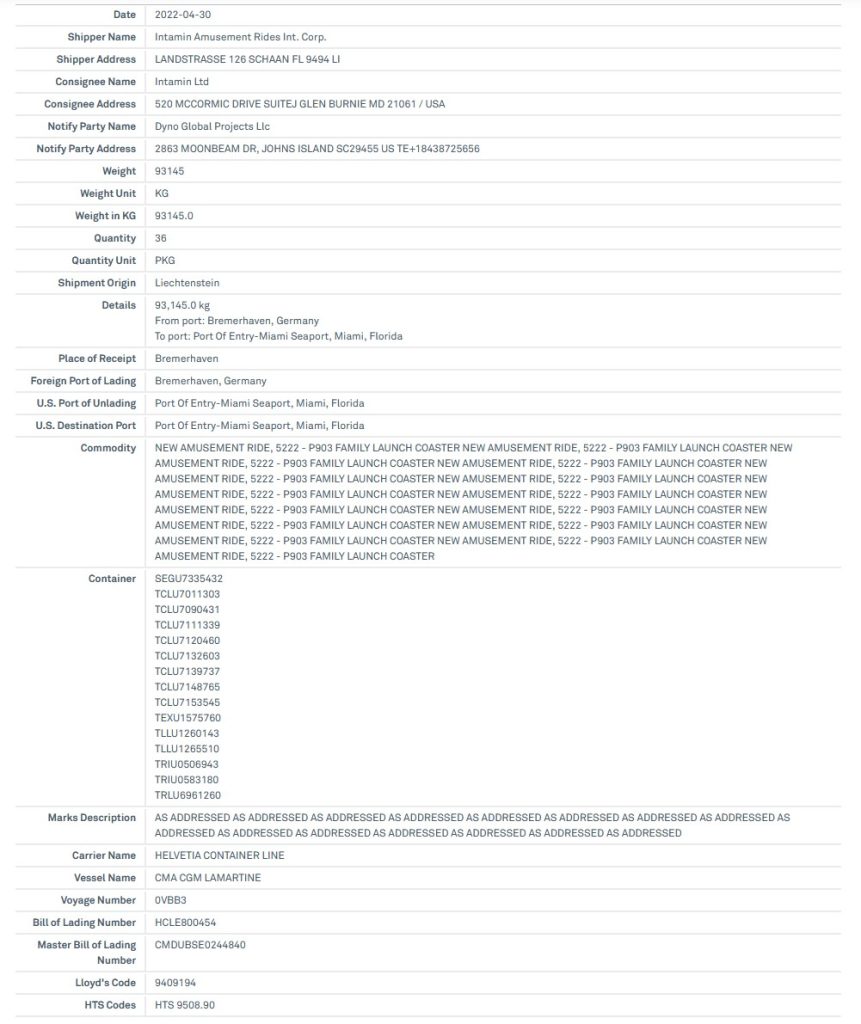 The reports also describe this project as a “family launch coaster,” and it is being manufactured by Intamin Amusement Rides. That’s the same company that manufactured the Jurassic World VelociCoaster and Hagrid’s Magical Creatures Motorbike Adventure for Universal Orlando. Hopefully that means we could start to see coaster track show up on site in the coming months! 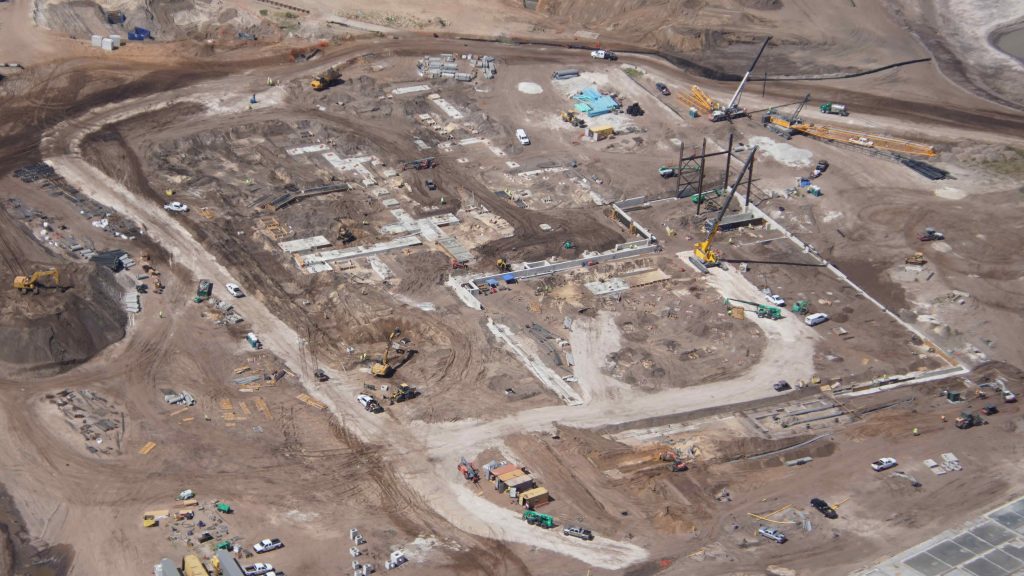 While most work has been happening in Super Nintendo World, a big milestone was hit recently as vertical construction has begun in a second area of the park. This is where we believe they are building a new Wizarding World land. 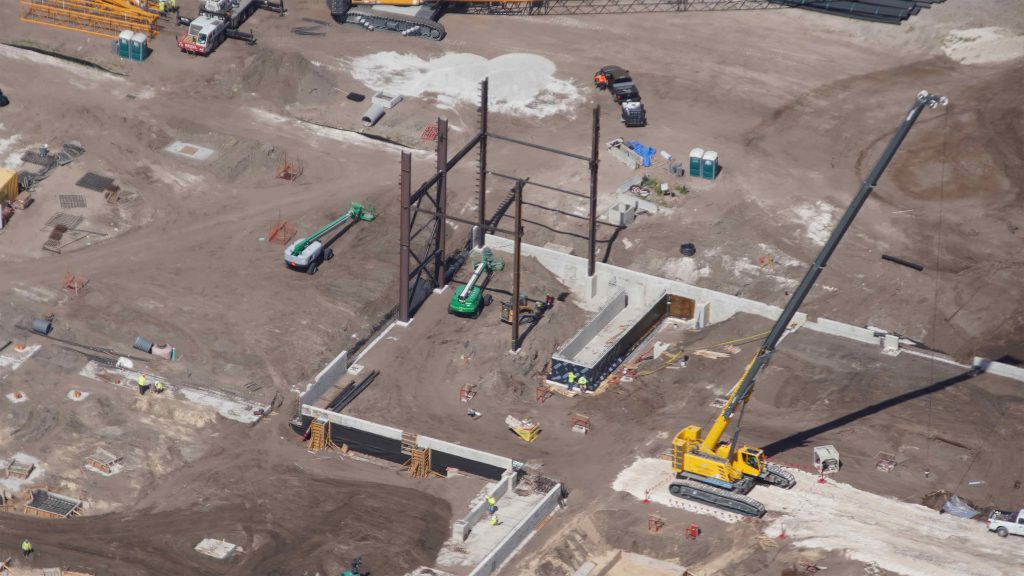 The structure they are building now is expected to be a ride that takes place within the British Ministry of Magic. While details for this rumored experience are still scarce, we believe the attraction’s entrance will involve guests entering via the Floo network, through large fireplaces. See our recent story for the history of this upcoming ride for more rumored details. 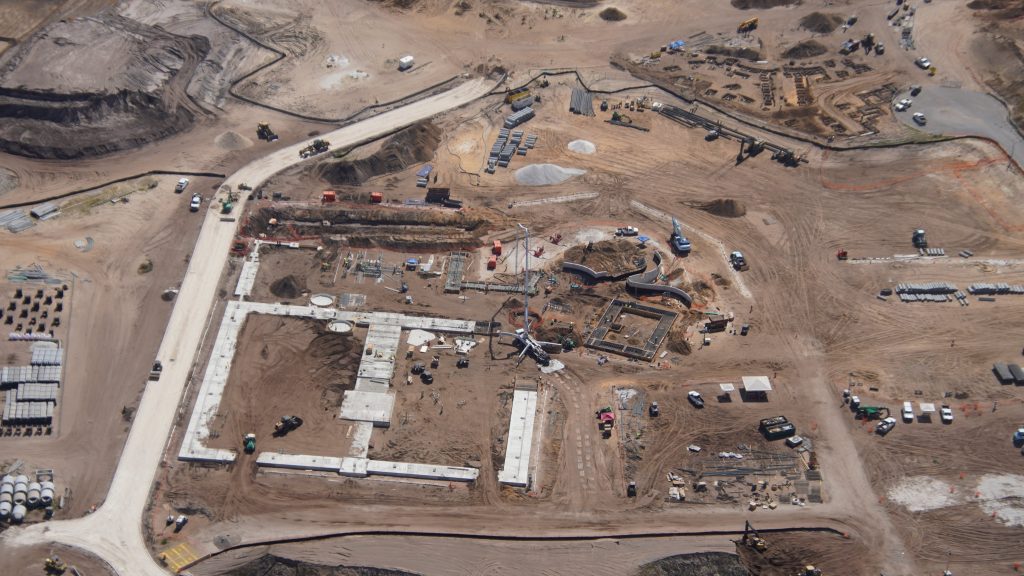 Across from this area, work continues on foundations and shaping of land for the area we believe will be based on Universal Monsters. The large structure for the land’s main attraction is taking shape. This is rumored to be a KUKA arm dark ride similar to Harry Potter and the Forbidden Journey, (but without the screen domes). 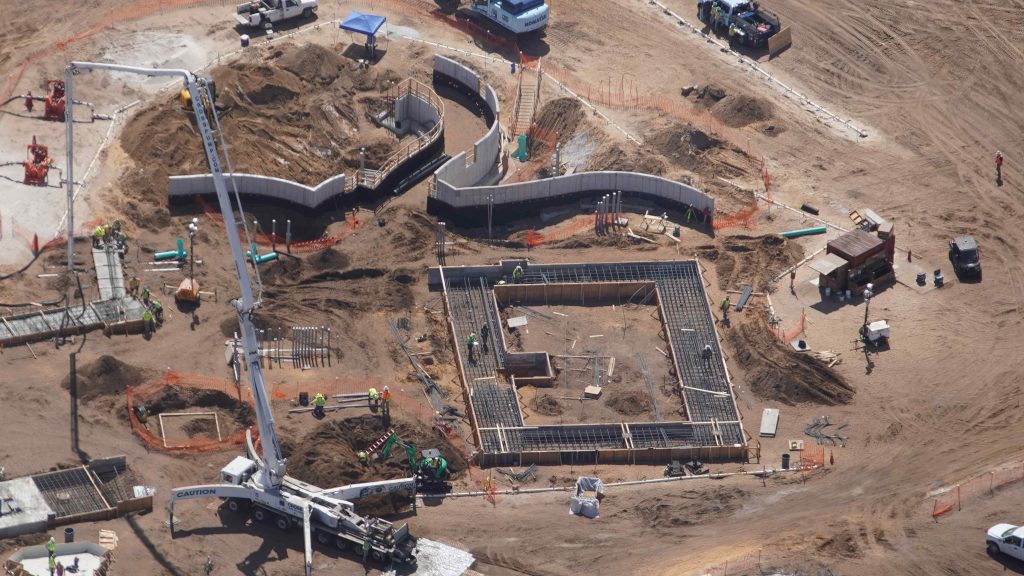 Just outside the main attraction, concrete forms that may be related to a moat around Dr. Frankenstein’s manor are being constructed. We are still not seeing much movement on the land’s second attraction, which was rumored to have been changed from a theater show to a spinning roller coaster. 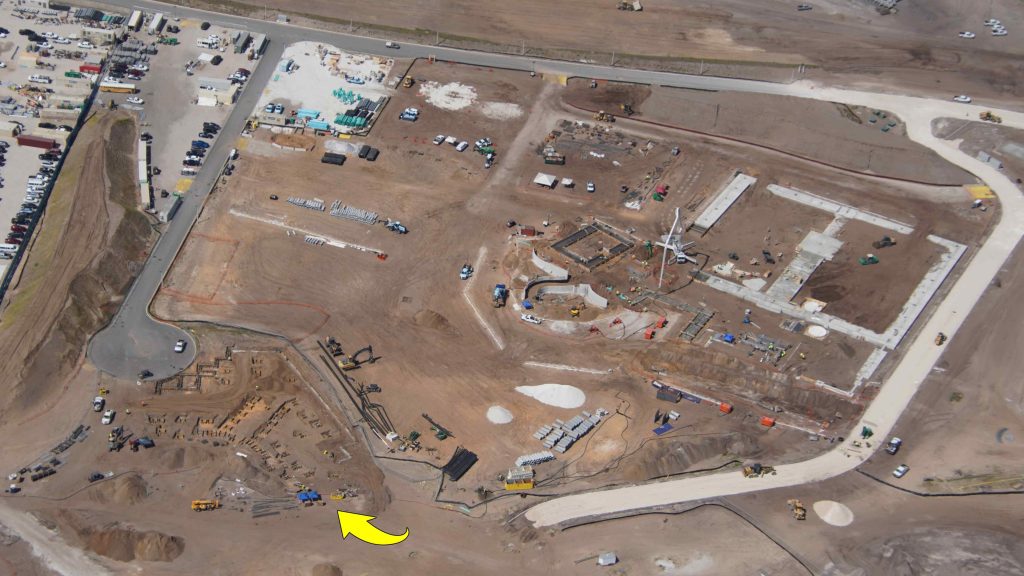 Just outside of the Monsters area, work is starting on the first structure to be built within the theme park’s massive hub. This is what we believe will be a barbecue restaurant. 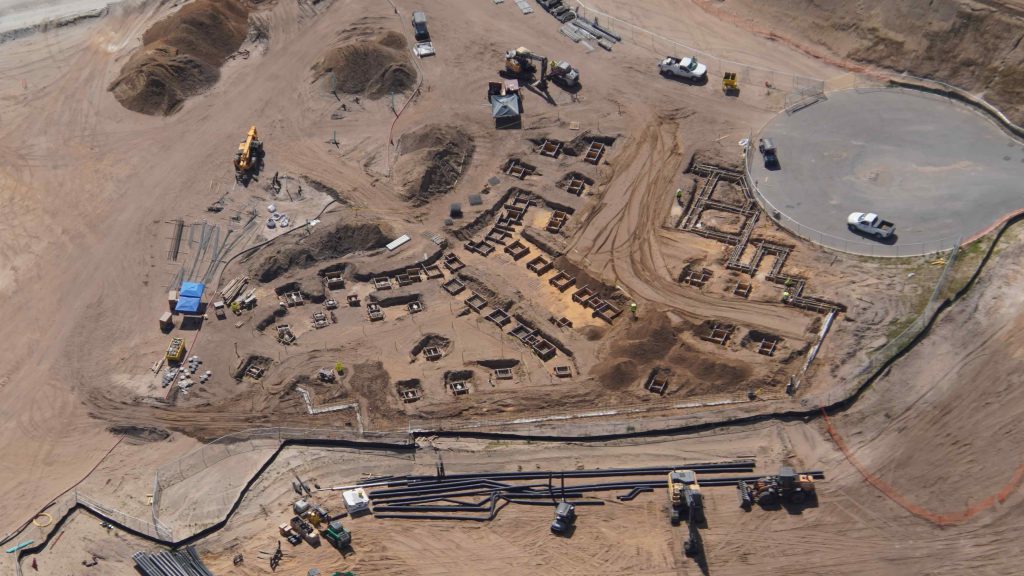 It is shown in concept art and site plans as being positioned just outside of the Monsters area, facing the hub’s large fountain. 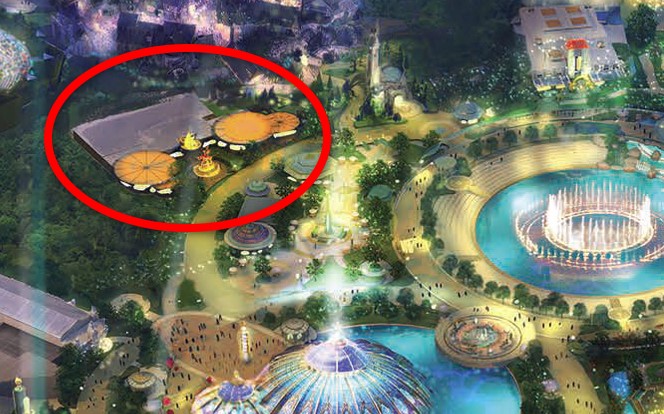 Work continues on shaping the area within the center of the park’s hub where we believe a carousel or some other sort of flat ride will be constructed. 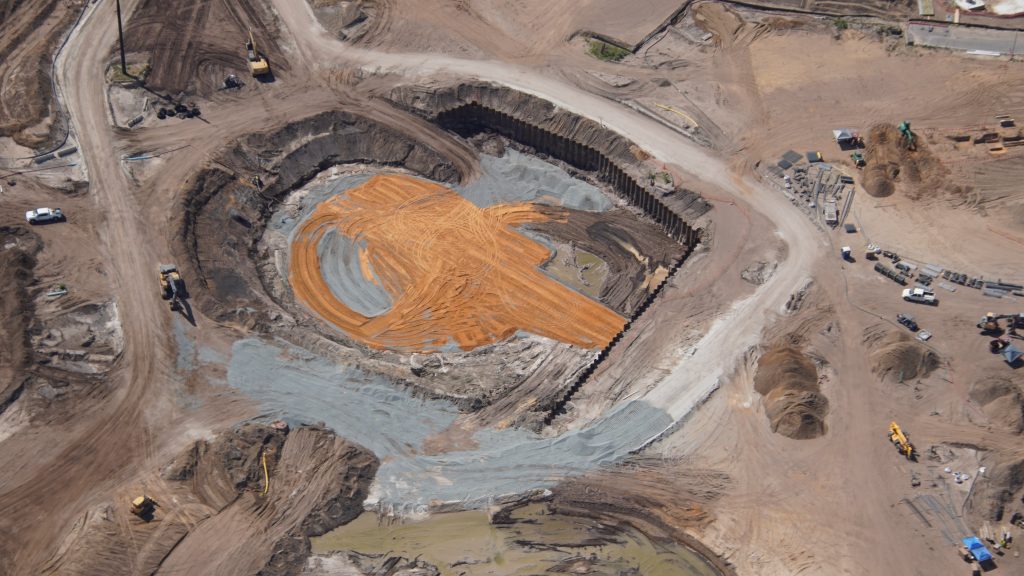 Super Nintendo World continues to see the most work. The Donkey Kong roller coaster area has seen dramatic progress, as foundations are being poured around footings. 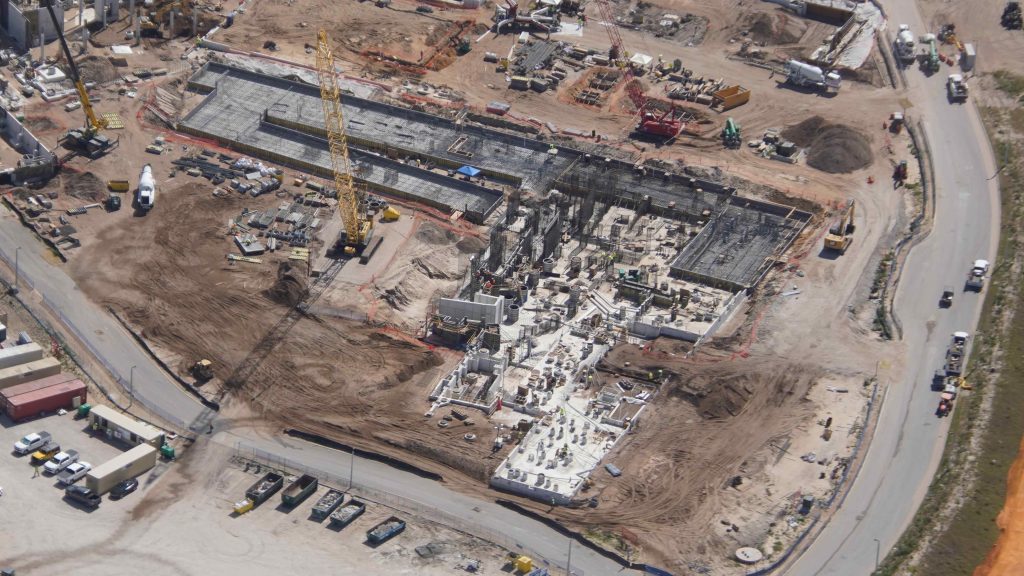 Foundations being poured and footings being installed for Donkey Kong, Photo: bioreconstruct

Walls are going up around the perimeter of the Mario Kart ride building. 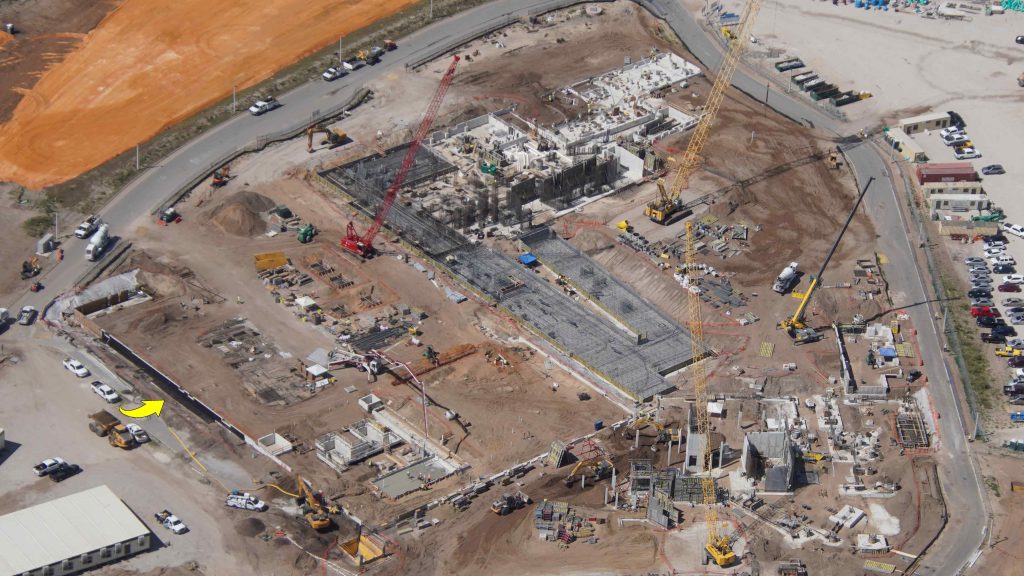 And finally, forms related to the Yoshi’s Adventure ride continue to take shape near the front of the area. 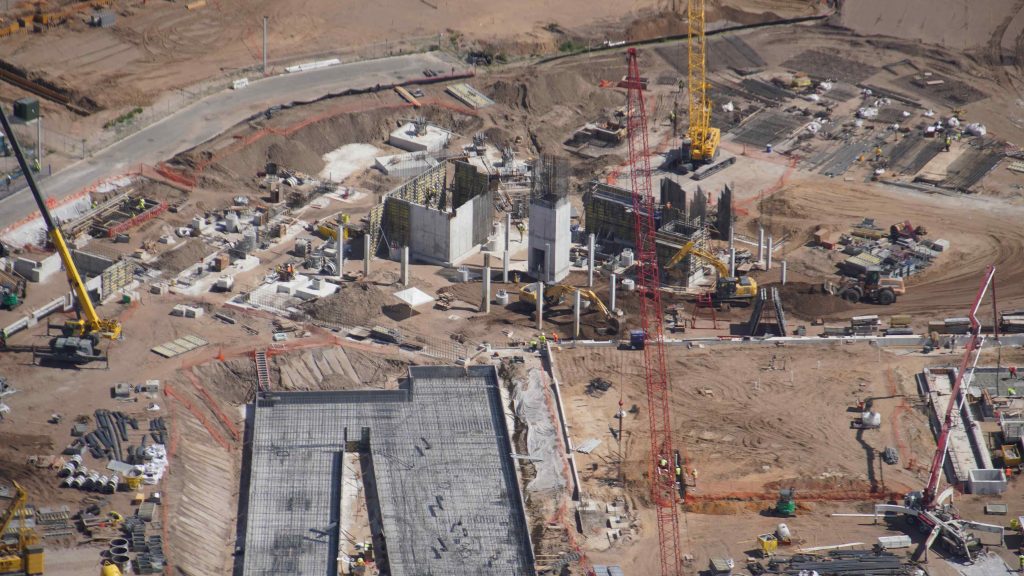 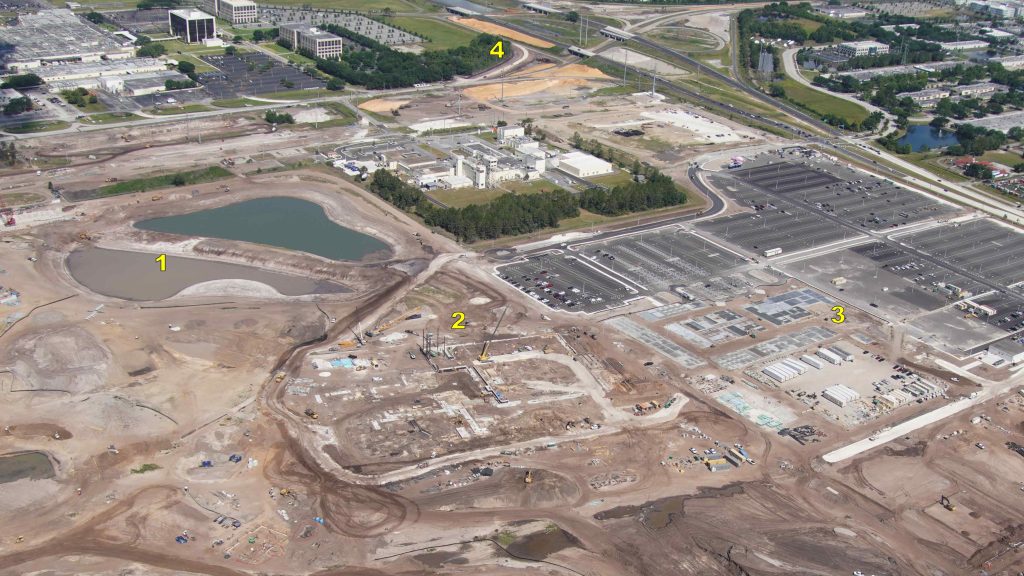 Within backstage areas behind the theme park itself, prefabricated walls are being poured and positioned. Once ready, they will be lifted into place to quickly form backstage structures and warehouses. 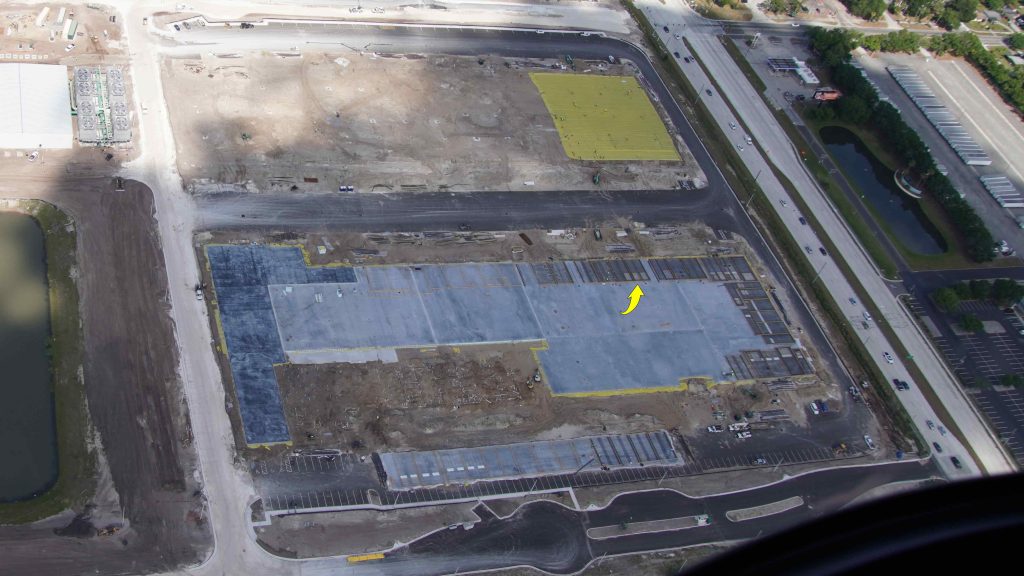 Close view of warehouse construction at very back of area, Photo: bioreconstruct

In addition to supporting Epic Universe, some of the warehouses in this area are also expected to support the existing Universal Orlando, including one for food and beverage preparation and another for tech services along Sand Lake Road. 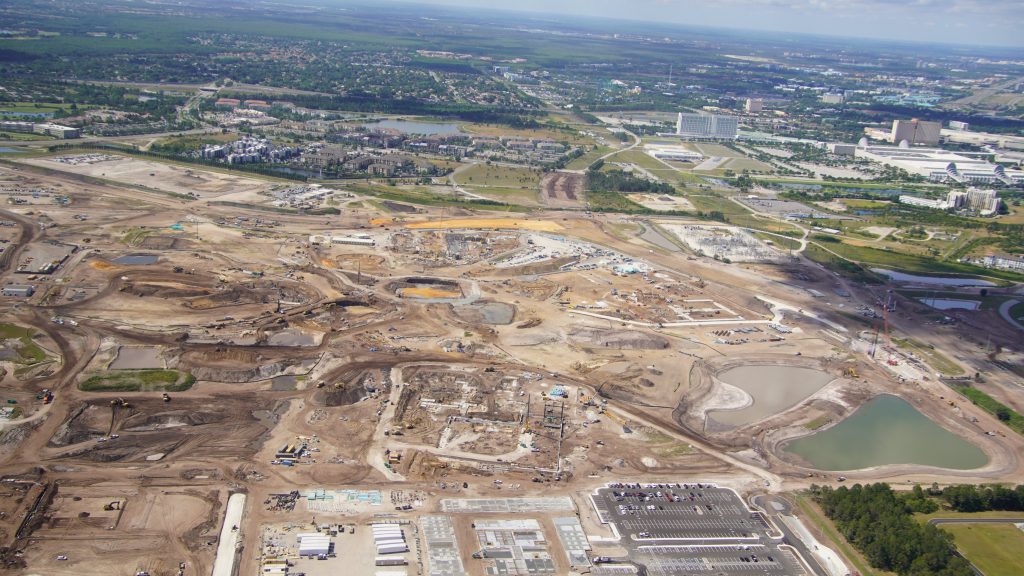 A big thanks to Bioreconstruct for providing everyone with the incredible aerial photography. You can follow Bio on Twitter for more photos around all of the Orlando theme parks.