It’s official. Woody Woodpecker’s KidZone has closed at Universal Studios Florida. Today is the first day that the area is blocked from guests, now surrounded by work walls. 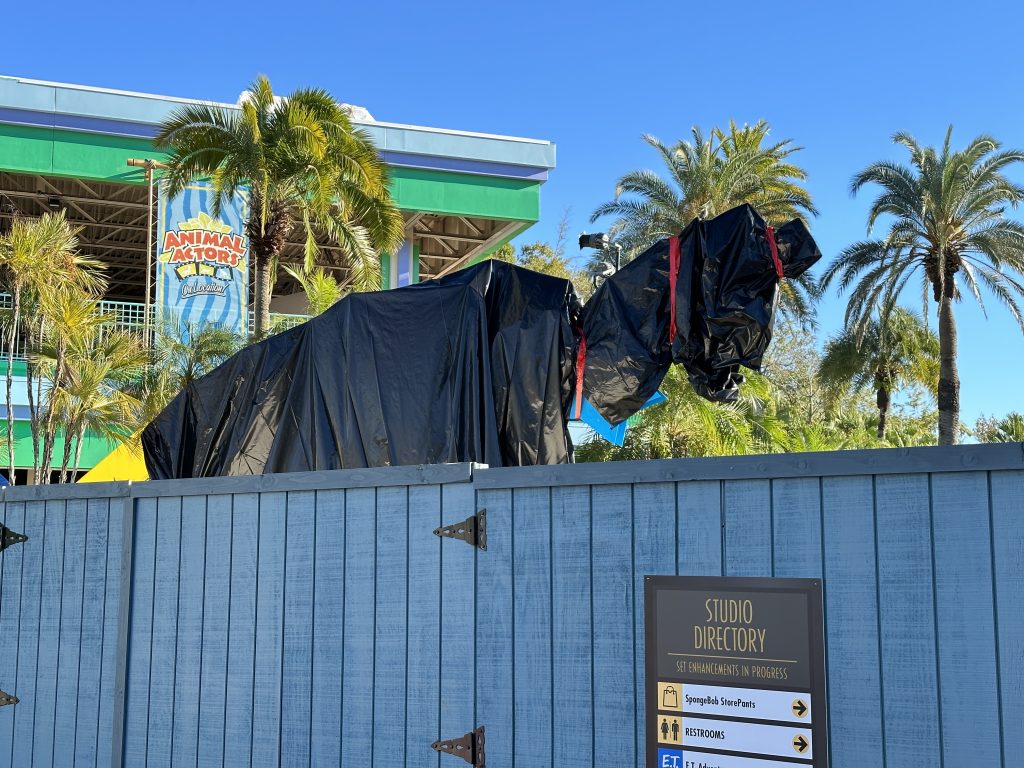 Universal Orlando announced back in November that these areas would be closing, with yesterday being their final day of operation.

They did not say what would be replacing the former KidZone-branded area, only saying they would soon begin work on “bringing new family entertainment” featuring “beloved animated characters.” 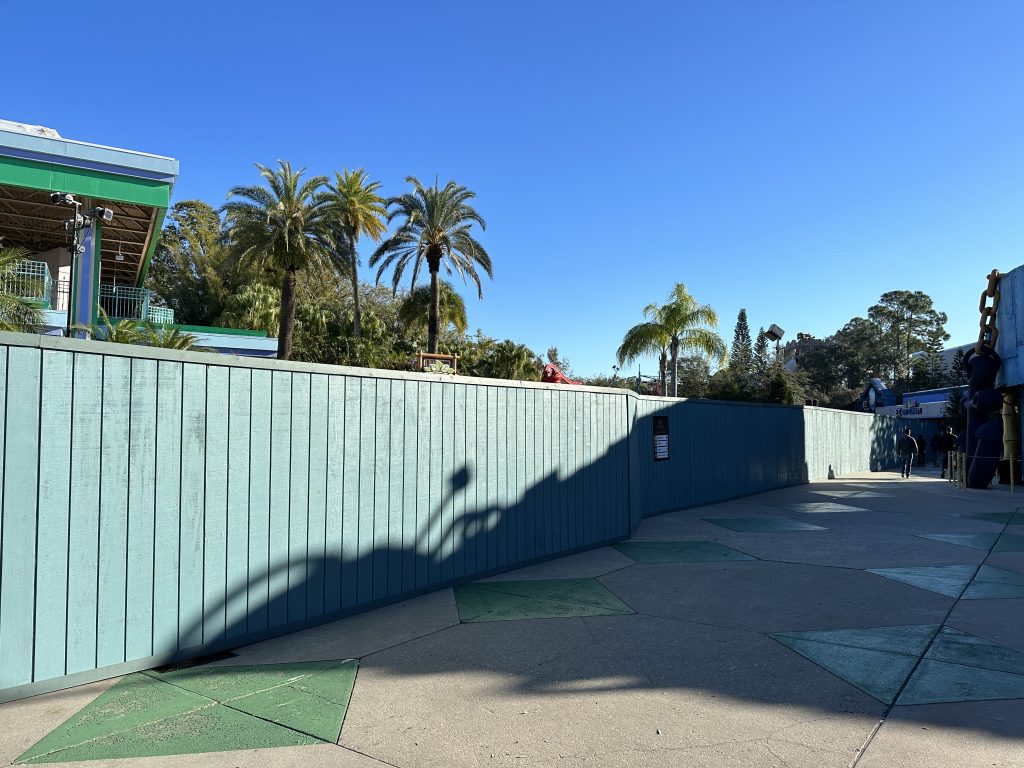 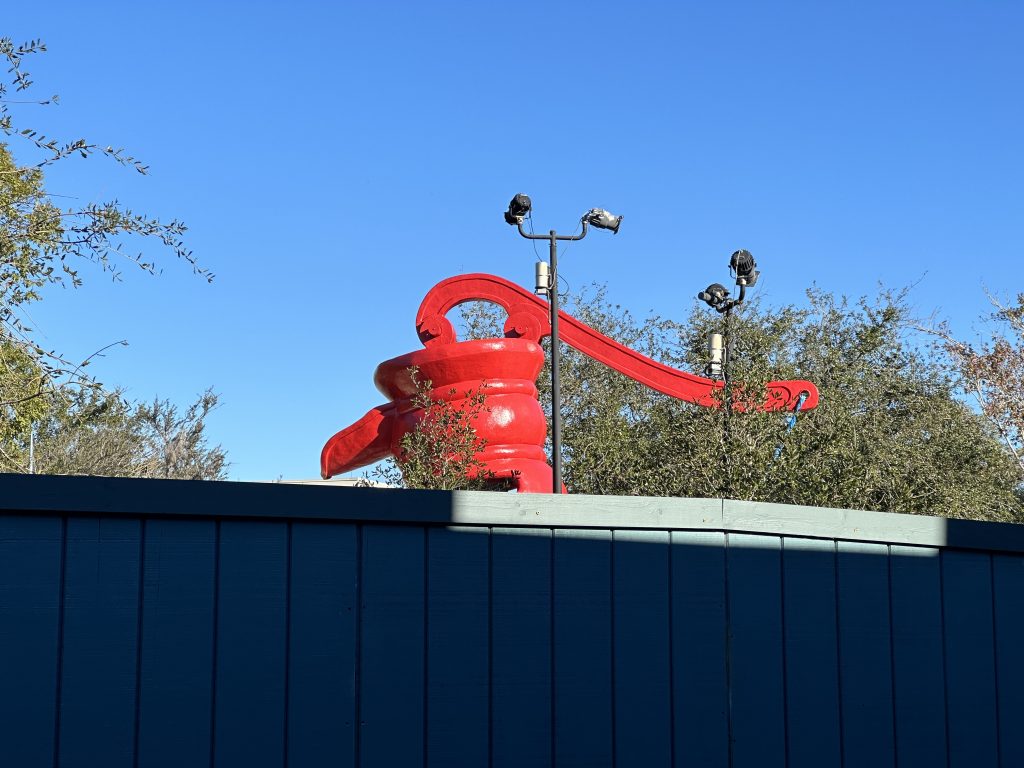 Permits for demolition of some of the areas were posted with the county last month. These permits included all of Fievel’s Playland, some of Curious George Goes to Town and the surrounding areas.

Permit for demolition of a section of KidZone from cityoforlando.net

Just last week a wastewater report was filed with the Florida Department of Environmental Protection related to this future work area. The documents refer to this as Project 540, (although it is possible that the project may be split between multiple numbers going by the number of acres cited). 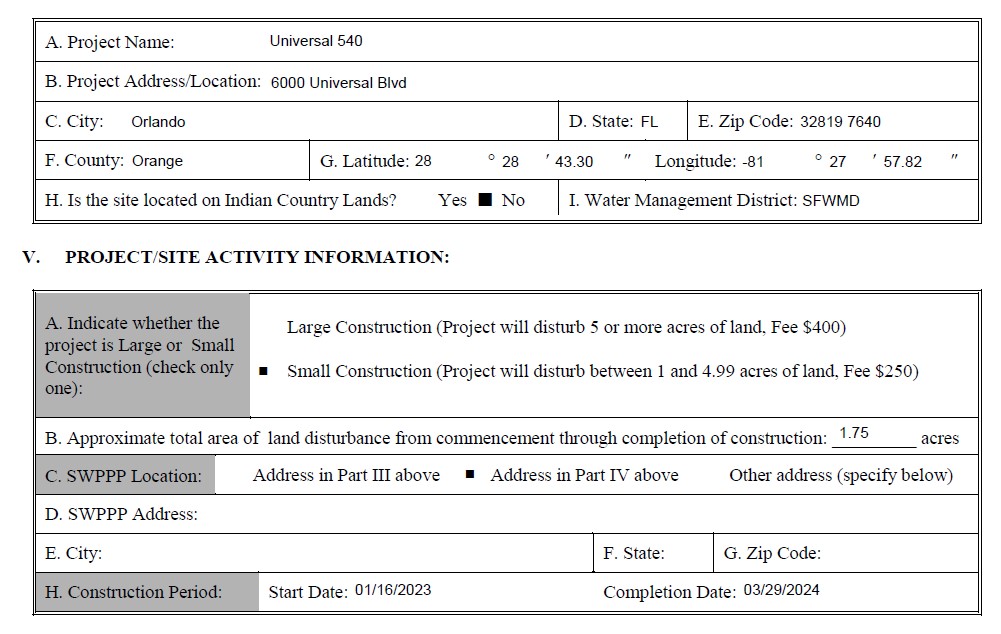 The documents filed with the FDEP show a construction timeline that ends March 29, 2024, (seen above). This fits within rumors of the replacement for the KidZone area being ready to open some time next year. The same document shows a construction start date of January 16, 2023, which is today, the first day the area is closed from the public. 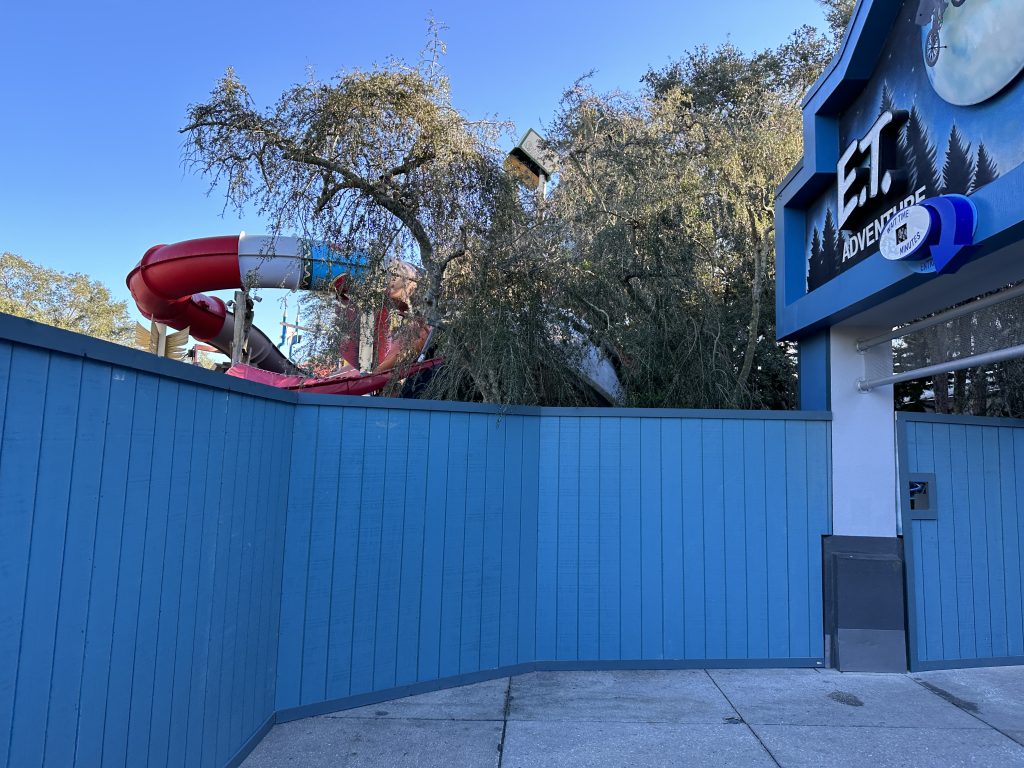 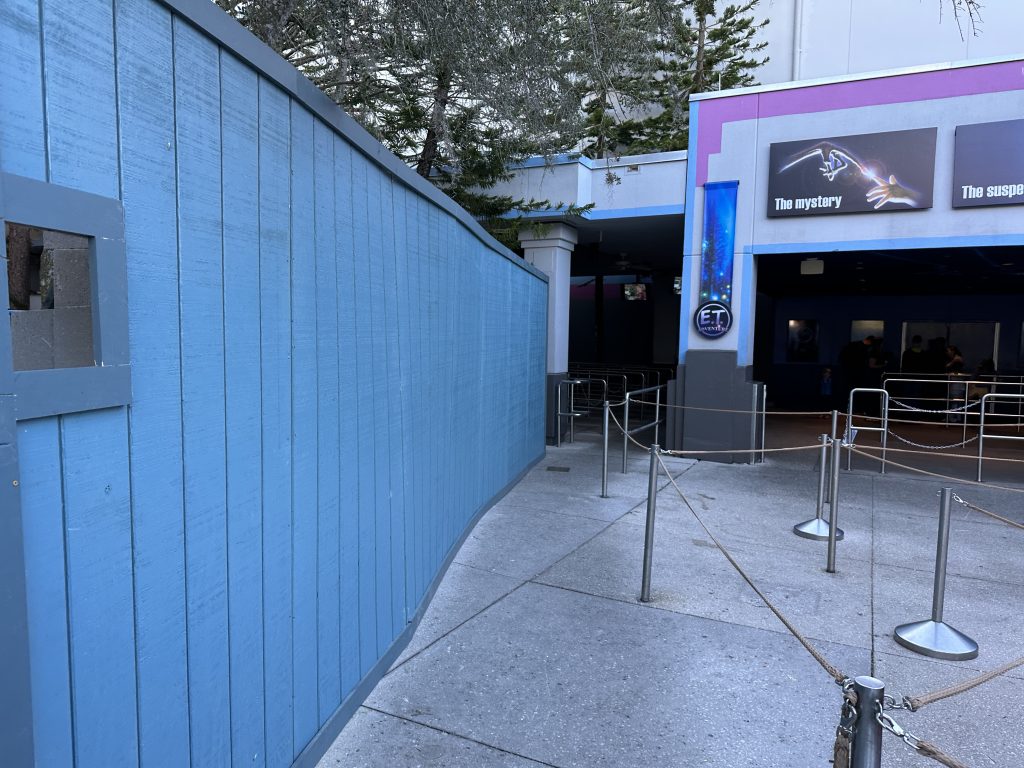 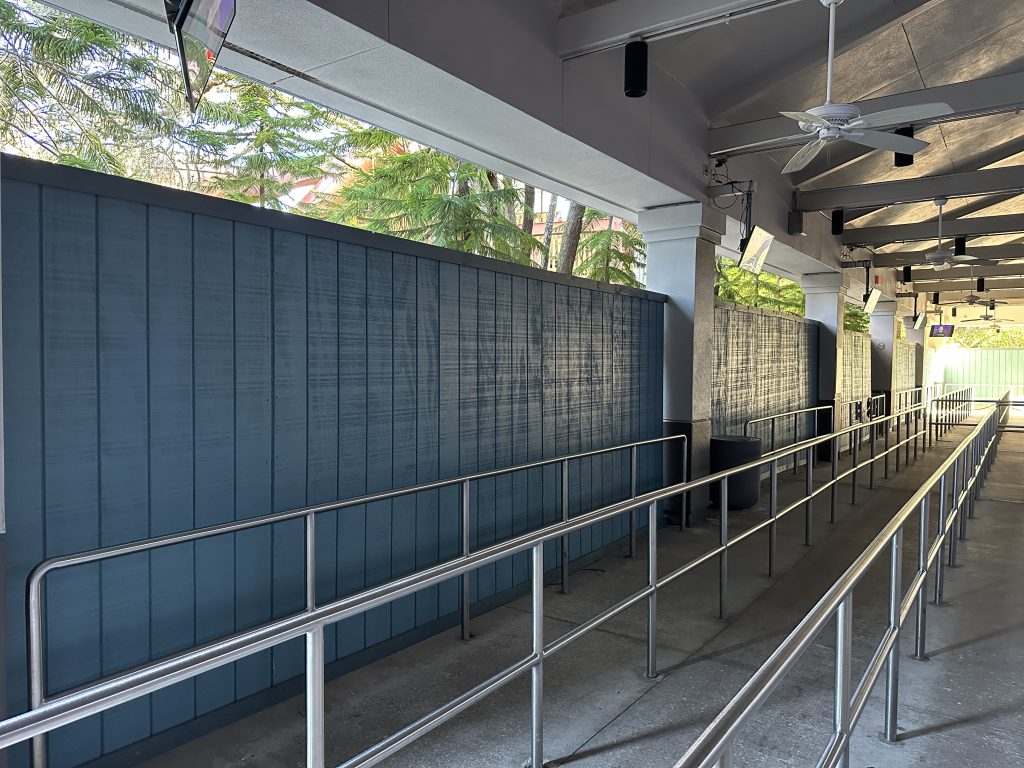 While the KidZone areas are closed off, work walls still allow guests to gain access to E.T. Adventure, along with SpongeBob StorePants, restrooms, and the Pizza Co. quick service location along the right side of the area. 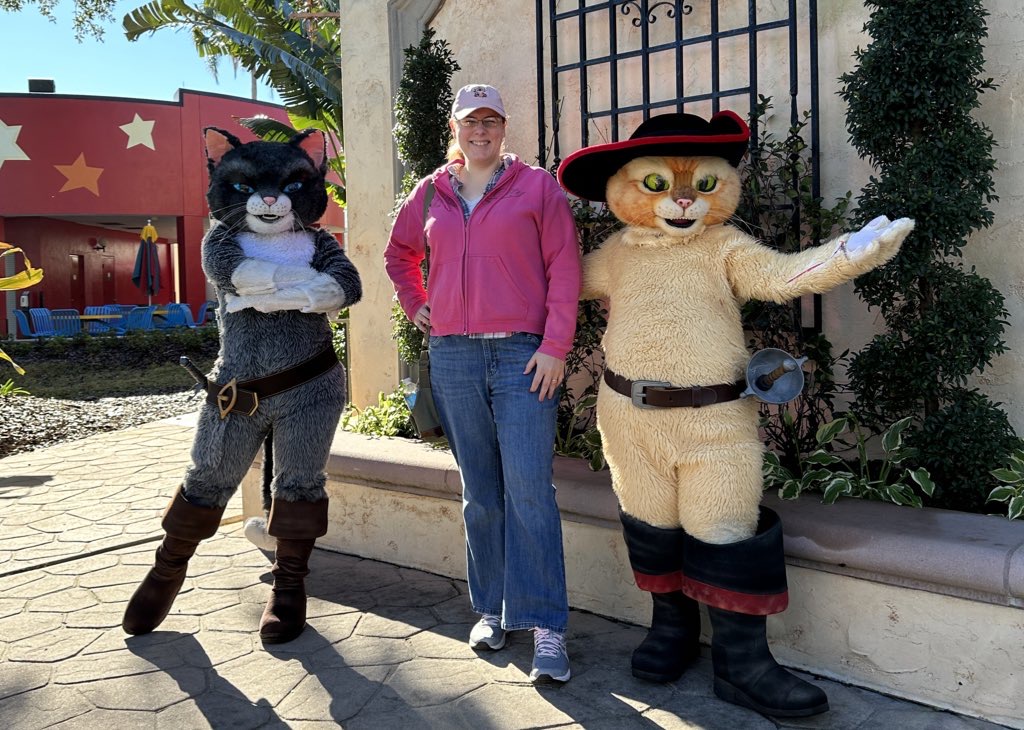 Despite being evicted from DreamWorks Destination, multiple characters can be found in various new locations meeting and greeting today. Puss in Boots along with Kitty Softpaws were meeting near this area this morning. And the Trolls could be found in a new spot near Mel’s Drive-In. 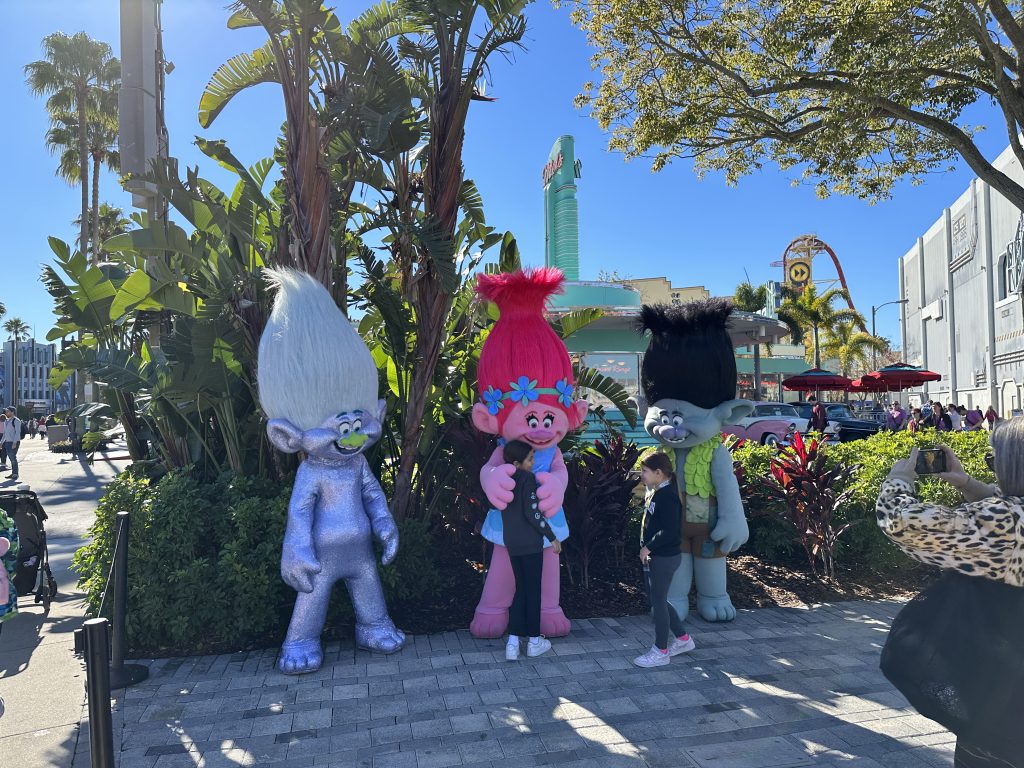 While Universal Orlando has not yet announced what exactly will be replacing the former KidZone area, many believe it will be replaced with DreamWorks properties. Shrek, Trolls, and Kung Fu Panda seem to be everyone’s best guess for what the new areas could be themed to.

Rumors are that the former Nuthouse Coaster kiddie coaster may remain, but be rethemed to one of these DreamWorks properties. Fievel’s Playland and the Curious George areas are expected to be demolished to make way for new play areas and unique meet and greets. 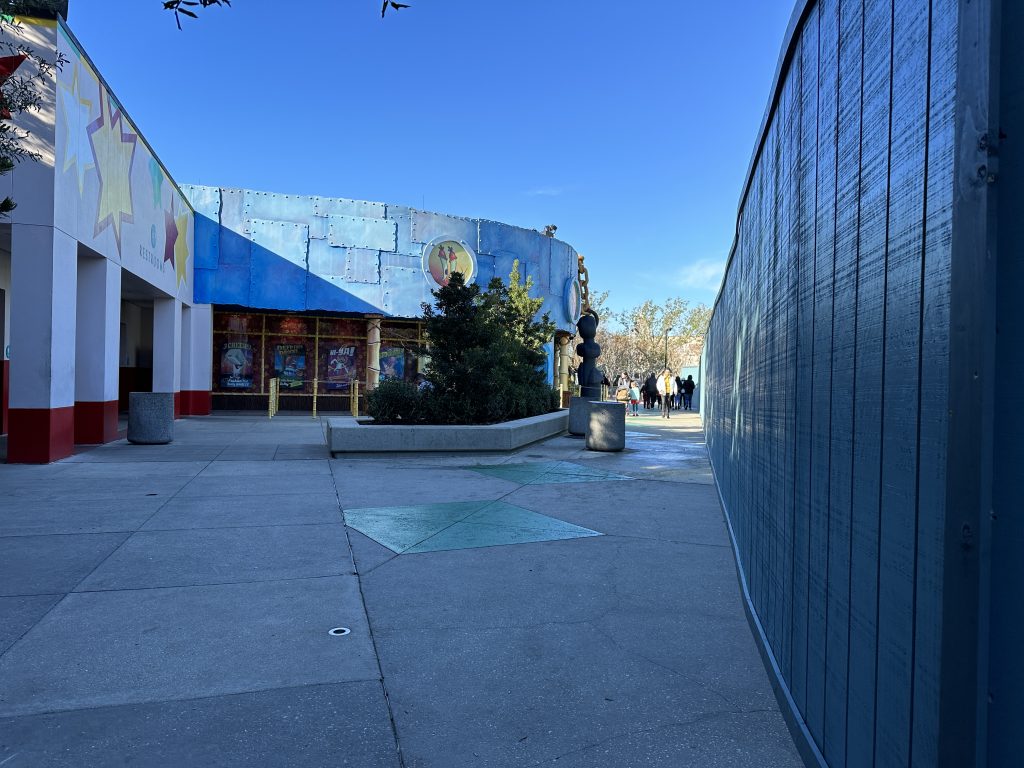 Universal Parks & Resorts recently announced a new kid-friendly theme park to be built in Frisco, Texas. This new family park is also expected to feature DreamWorks characters and attractions, but so far, there aren’t any rumors for crossover between its offerings and the new KidZone. We will keep you updated as we learn more! 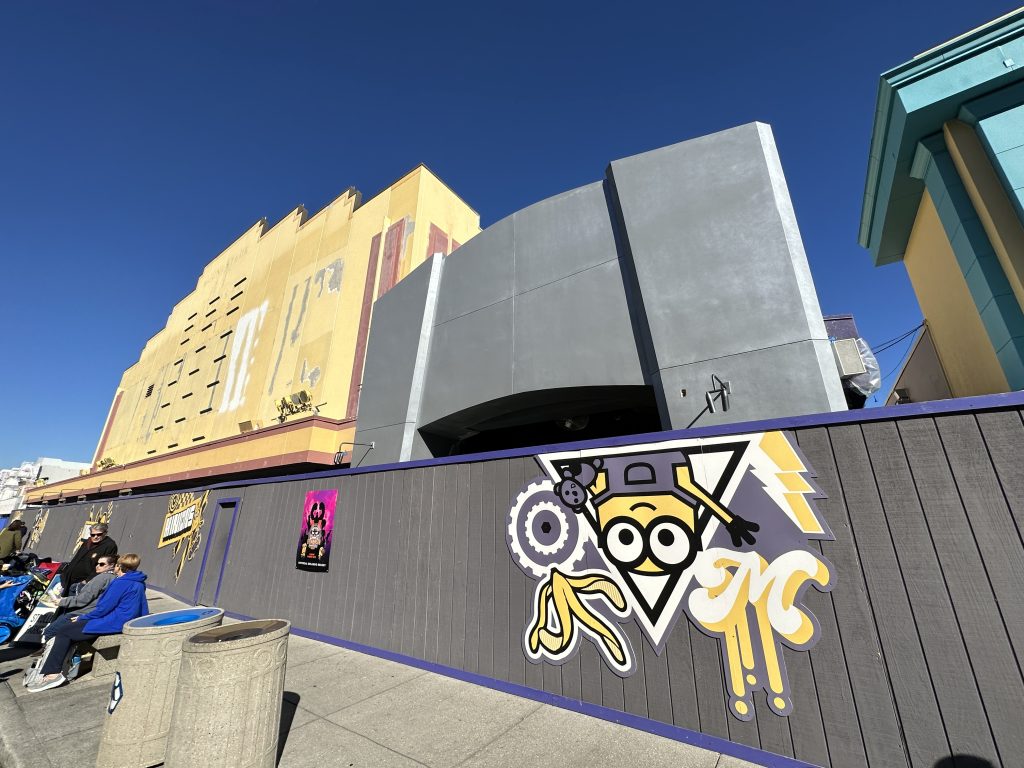 For now, Universal Studios Florida is also set to receive “Illumination’s Villain-Con Minion Blast” this summer. That will be an interactive attraction based on the Minions franchise, which is replacing the former Shrek 4-D attraction near the front of the park.

Between construction on that attraction, along with the new Minion Cafe replacing the former Monsters Cafe, and now work starting on the KidZone area, the park certainly is home to quite a few work walls… But beginning soon, there should be a lot more family-friendly fun in the park. 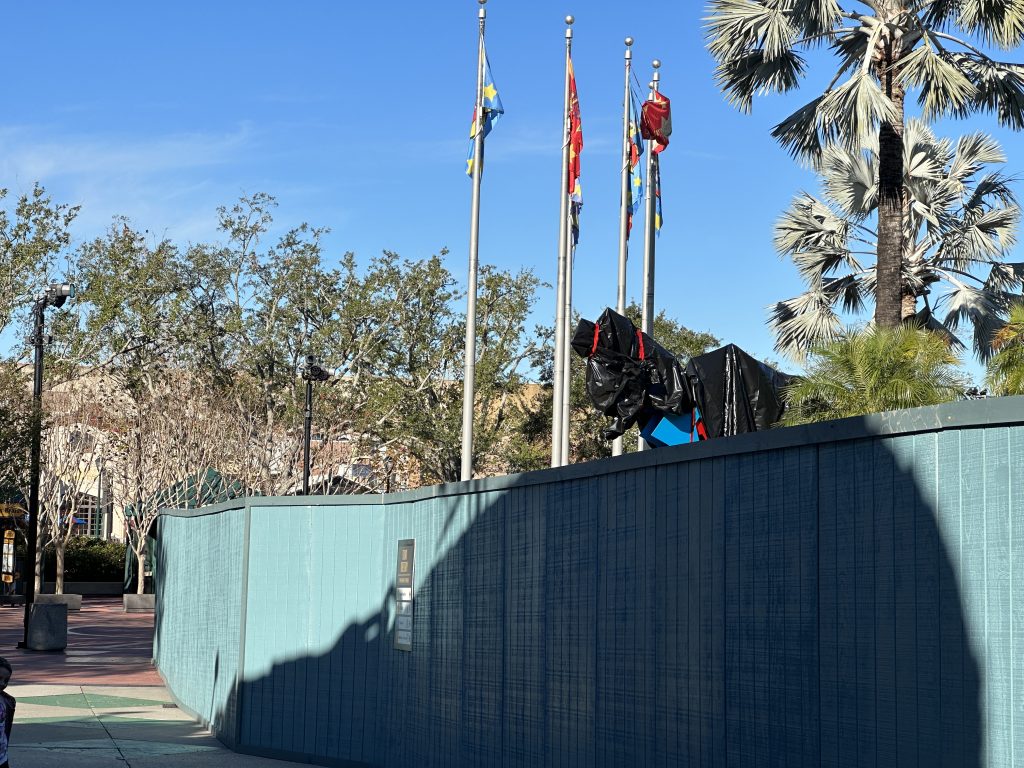 Subscribe to the news feed or enter your email address below to never miss an update. Official Art: Universal Orlando | Original Photos: Alicia Stella | Other Images as Captioned