Universal Orlando has officially announced the name and opening date for the highly anticipated new roller coaster coming to The Wizarding World of Harry Potter at Islands of Adventure.

As we have previously reported, the name for the attraction will in fact be “Hagrid’s Magical Creatures Motorbike Adventure” and the new thrill ride will have its grand opening on June 13, 2019. A new piece of art was released with this information. It is similar to the teaser poster we had previously seen, but with a coaster train modeled after Hagrid’s motorbike now on the tracks. 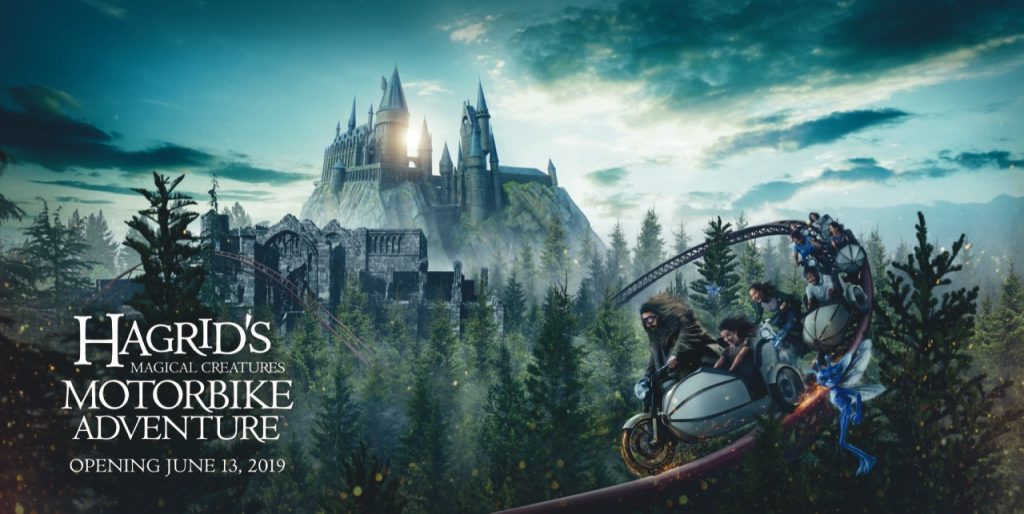 Today’s announcement included a brief description of the upcoming ride:

Hagrid’s Magical Creatures Motorbike Adventure will open on June 13, 2019 in The Wizarding World of Harry Potter – Hogsmeade at Universal’s Islands of Adventure, and feature the most highly-themed coaster yet. For the first time ever, guests will fly with Hagrid on a thrilling roller coaster ride that plunges into the path of some of the wizarding world’s rarest magical creatures.

If you have been following my previous articles and videos, you may already have a pretty good idea of what to expect on the ride. This thrilling new roller coaster will not contain any upside-down moments, but it will feature six launches, a backwards section, drop track, animatronics and a lot more surprises.

As pictured in the new piece of art, riders will be able to fly along in Hagrid’s sidecar motorbike, with two seating options available per car. You can see more about the coaster trains in my video about them from December.

If you’re trying to avoid spoilers, do not read any further, as I have included an updated track layout with all scenes listed. 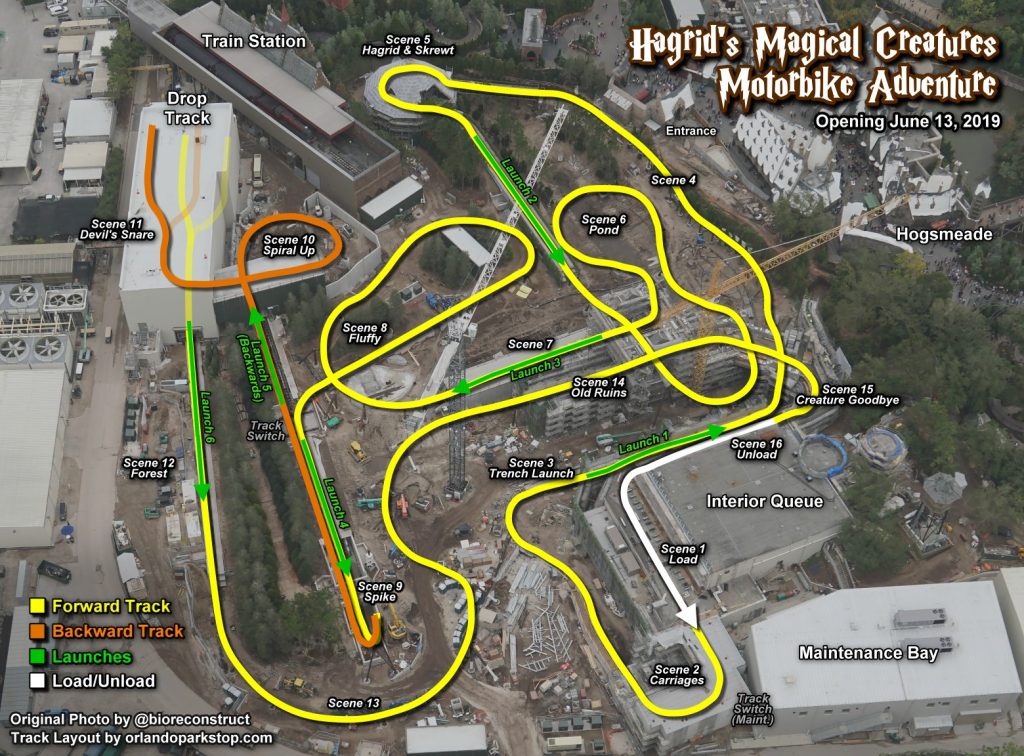 The ride is said to contains 16 scenes in total, including the load and unload platforms. (This does not include the queue itself, which will also contain detailed sets and scenes of its own.) You can learn more about each of the scenes in our recent construction update here.

In case you missed it, we also posted a piece of unreleased concept art, along with additional rumors for the ride. Stay tuned for more information as it happens, including when we might see Technical Rehearsals, also known as soft openings, where we may get an opportunity to experience the attraction prior to the grand opening on June 13th!

Stay tuned for details about this new ride coming soon. Subscribe to the news feed or enter your email below to never miss an update. Main Photo: Universal